I knew a lot of men who were either drafted or enlisted into the Vietnam War. Some were classmates, some were co-workers of mine, when I was in the Army, and one was a close neighbor. I always knew the neighbor died in action, but little did I know there was a memorial dedicated to those from Chelmsford who died. I probably pass by this park twice a month, and have never stopped until two weeks ago. I was a little taken back to find my neighbor's name, John F. Bettencourt, on this memorial. 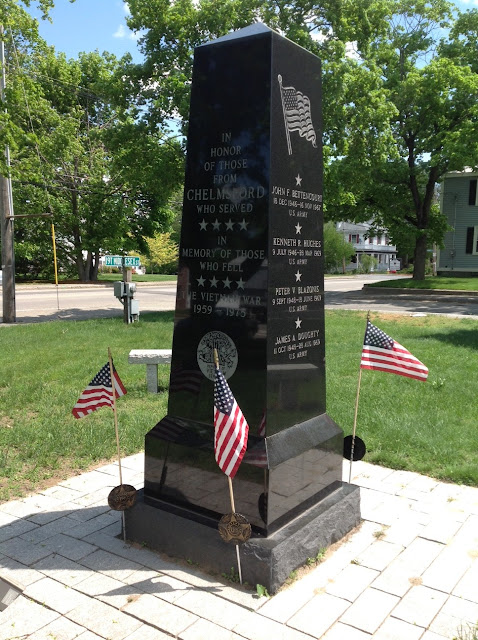 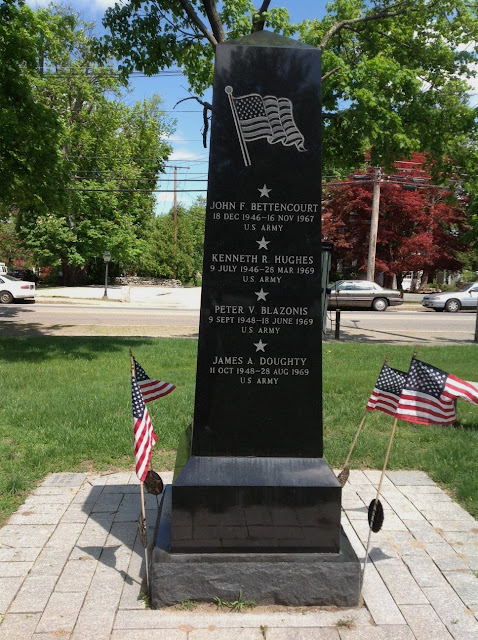 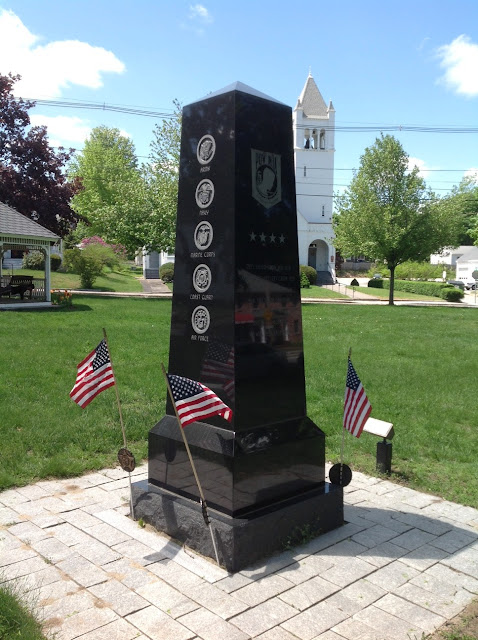 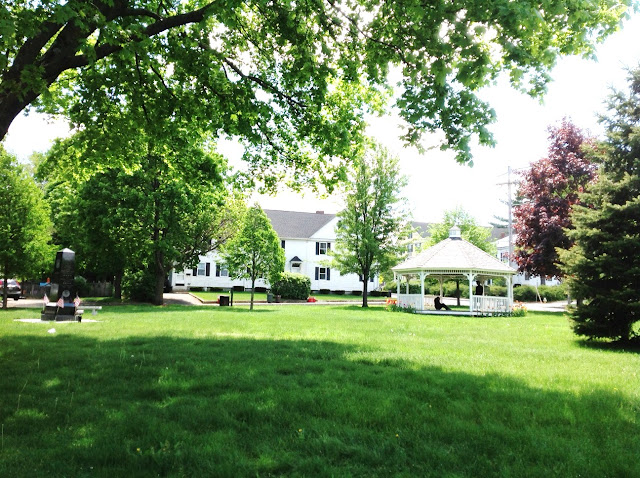 Memorial on the left. 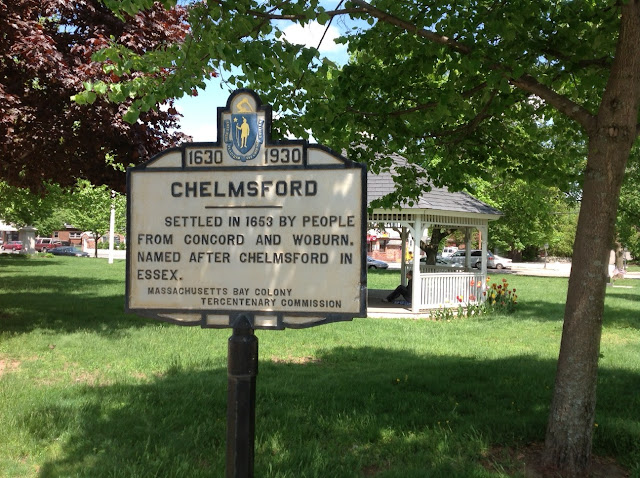 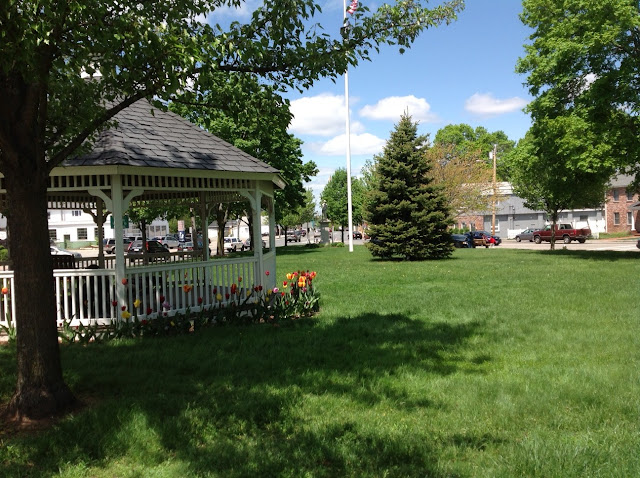 World War I memorial in the middle, end of park. Will be posted tomorrow.