The Shakers of Canterbury, NH, In Sickness and in Death

The Canterbury Shaker Village is located in Canterbury, New Hampshire. I thought this post might be of interest to those who have Shaker ancestors in their tree. Unfortunately, I don't, but I still found it interesting in the way they kept death records, reordered where the dead were buried and what the women wore when they were buried. This post is about in sickness and in death. We didn't get a tour on the Sunday we went, so the post is basically photos of what is inside the Infirmary (shown below). The next post is "What a Lovely Place to Live," seen HERE. Many photos of their houses, work sites and land they lived on. 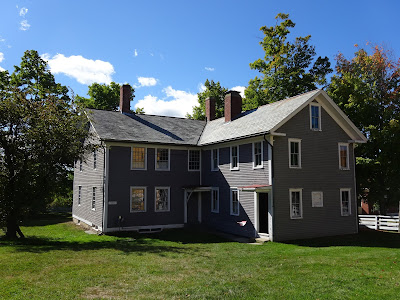 "Canterbury Shaker Village was established in 1792 when followers of founder Mother Ann Lee formed their seventh community in Canterbury, NH, which remained prominent for 200 years. The Village has operated exclusively as a museum since 1992 when the last Shaker sister in residence, Ethel Hudson, died. The few remaining Shakers live at the Shaker Village in Sabbathday Lake, Maine. At its height in the 1850s, 300 people lived and worked in over 100 buildings on 3,000 acres at Canterbury Shaker Village. "From: http://www.shakers.org/education/the-shakers/ 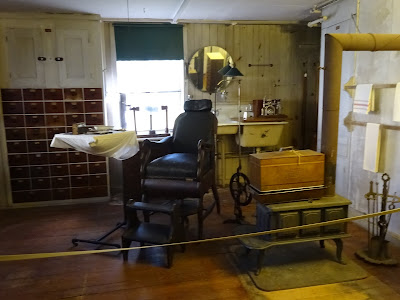 First room we saw was the doctor's office. Doctors from the town would come to this house and see patients. 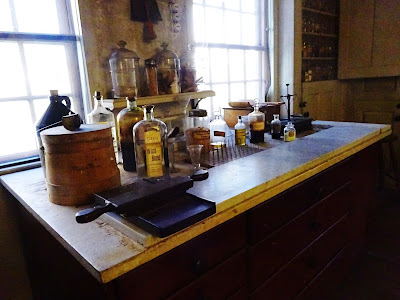 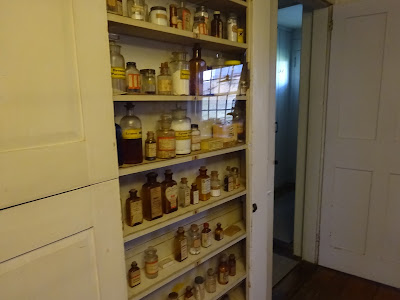 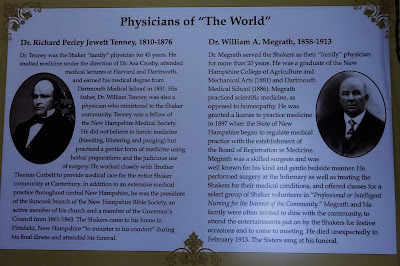 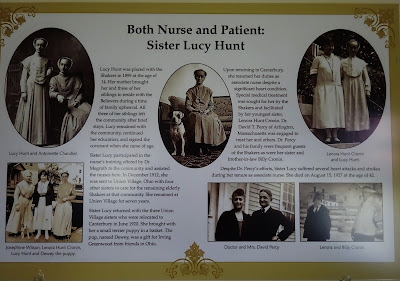 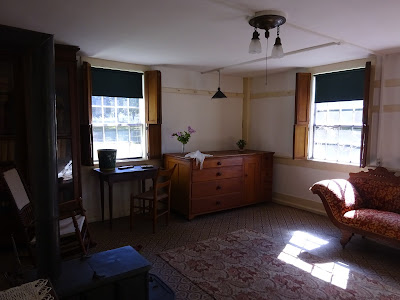 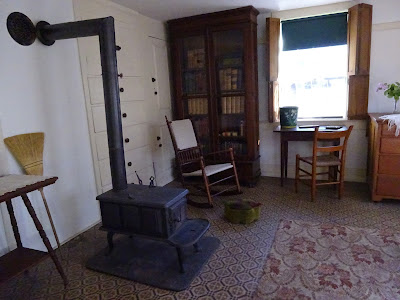 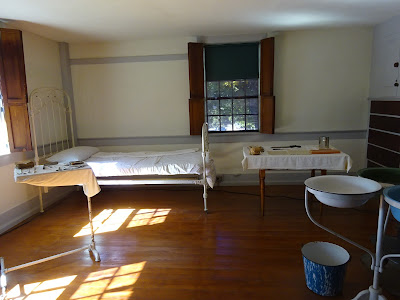 Sick room, above, the following might be for recovery or night nurses. 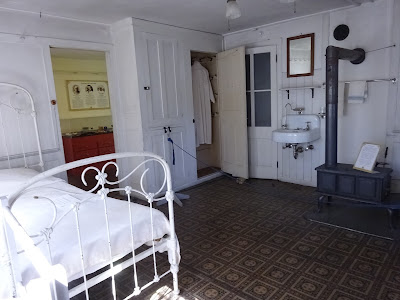 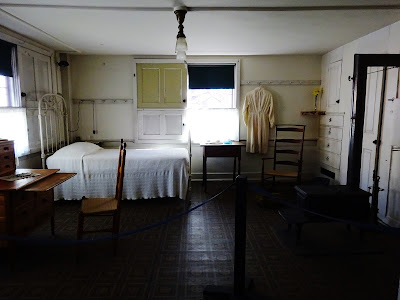 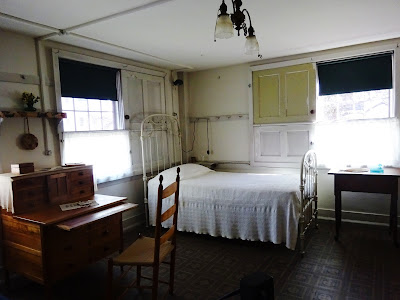 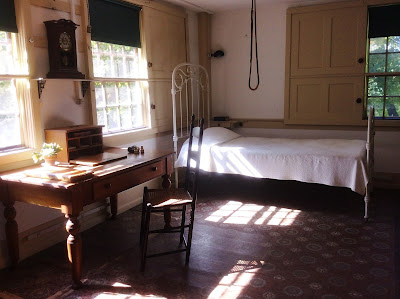 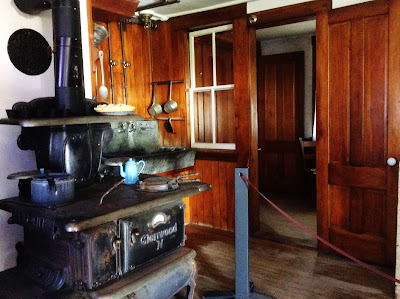 Kitchen used  for the patients and staff, like the doctors and nurses. 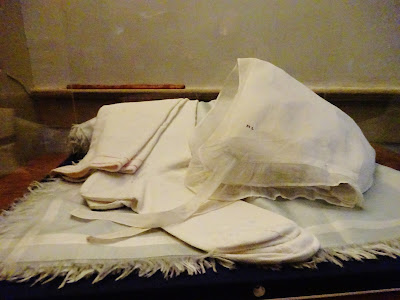 A bonnet (with initials of the deceased) and  stockings were put on person before they were buried. 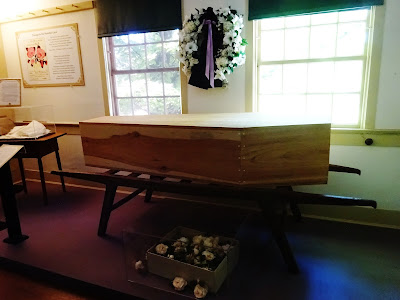 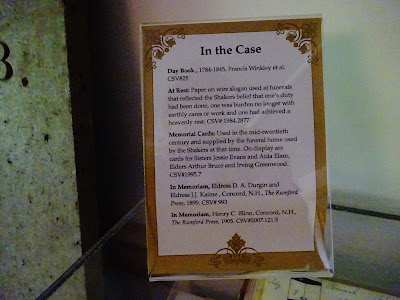 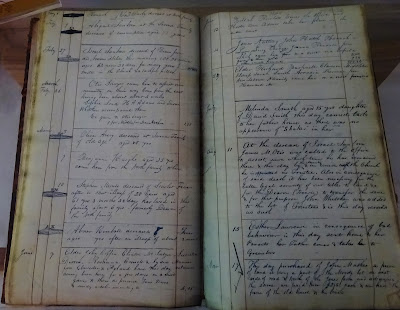 Record book of the deaths (enlarged page below). 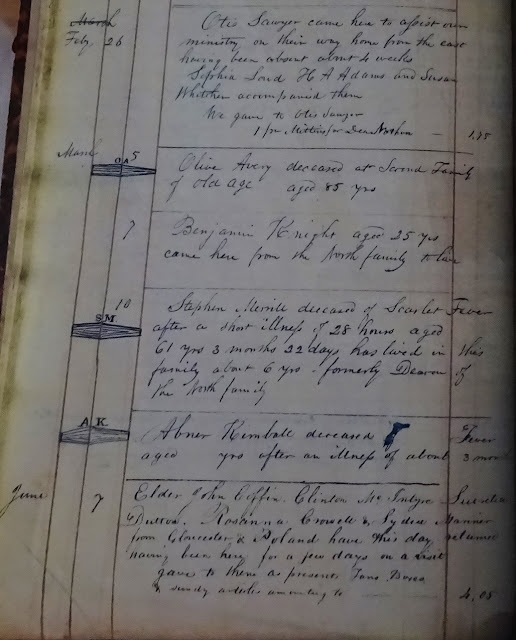 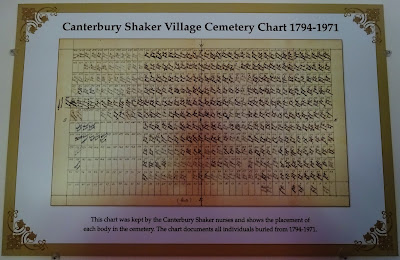 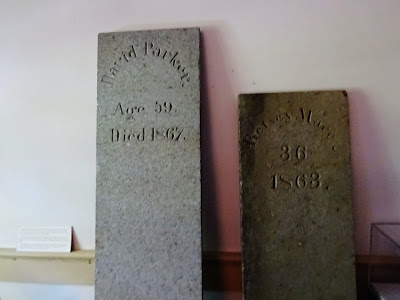 Actual tombstones.
“In 1903, the Canterbury Shaker Ministry decided to follow that recommendation and removed the gravestones. A year later, they received the gift of a single granite stone from friends of the community. It was simply inscribed “Shakers.” This monument was placed in the middle of the burial site where it remains today.” (See last photo for this statement.) 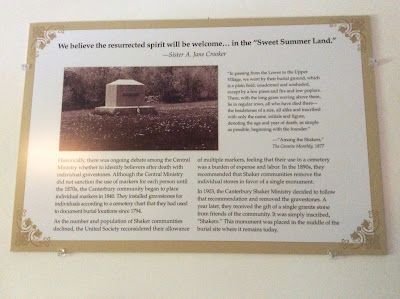