Many of you don't know I was addicted to beautiful clothes from the time I moved away from home in 1964. I wasn't aware of this until I started reading my 5-year diary, looked at some old photos, looked at the current clothes I have, and what I gave away last year. I have never loved clothes shopping, but when I do go, I know I have to absolutely love what I buy. 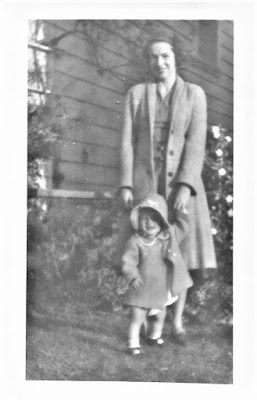 My mother made all my clothes and we, along with my sisters were often dressed alike. I always hated that. Evidence of her work is below. But in her defence, she probably loved sewing because she graduated from Skidmore College with a degree in textiles, and had a nice sewing room. 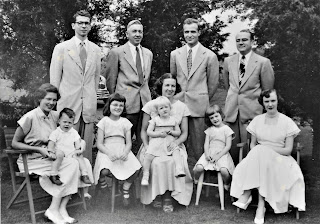 The above and below are two family reunion photos, see three siblings dressed alike. 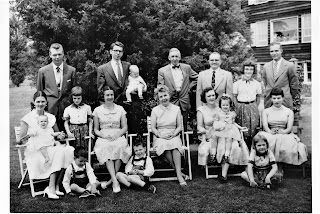 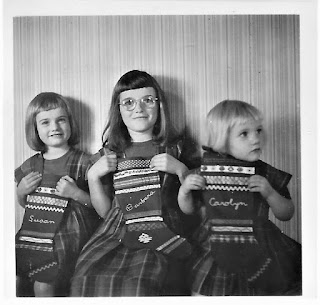 Christmas picture and Easter photo. I was 13, didn't even believe in the Easter Bunny and had to wear socks! 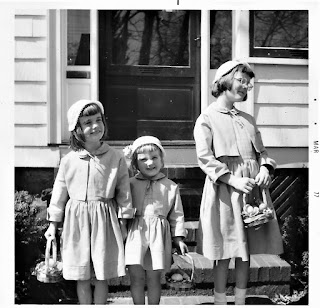 Eventually, I got my own style because I learned to sew, but not from my mother. Girl Scouts helped. Soon, I was in high school and had a little babysitting money to buy an outfit or two, or even buy material.
In one of my journals, I wrote the following, "I always remember wearing a girdle, even though I was about 115 lbs., a garter belt to hold up my stockings because pantyhose hadn't been invented. I always wore a slip, wore leather gloves a lot, and my pocketbook usually matched my shoes. When I went out to a fancy place, I wore a Jackie Kennedy-style hat. I remember my grey and very thin striped white coat, my red pocketbook, and red shoes, a  favorite outfit of mine. I must have worn red shoes in my senior year because it is mentioned in the yearbook!"
I didn't do any dating until after high school, so I wasn't trying to impress anybody with what I was wearing. I just loved clothes. My favorite colors were pink and just pink, but I wore other colors, solids, and flowery prints. My most favorite two outfits were a pink and white checked kind of tight pants and the first dress I ever bought was a long-sleeved straight skirt that fitted me all over like a glove. The only problem was the long zipper at the back. Made of thin wool fabric and came with a short cape, maybe 8" from the neck, fastened with a bow, that I could take off. Not a very good description of this outfit, sorry. 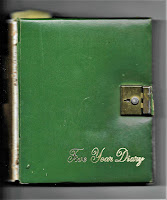 On my own, I soon discovered I loved clothes. I began my 1964 diary and wrote faithfully every day, except when I took vacations.  My purpose for sharing this is to tell you that if anything in my life during my diary and journal period had to do with clothes, I wrote about it. I had no idea I was like this until recently. A few entries are:
March 2, bought a light blue spring coat.
The parka with fur hood was bought on Dec. 18, 1964.
The cranberry two-piece outfit, jacket, and pants were bought on Aug. 6, 1965.
May 31, 1966, bought a light blue raincoat.
March 1967, bought my 4th spring coat, a green one
October 1967, I bought a Navy pea coat at Lempkins.
April 1968, I had a tailor shorten three of my spring coats. (Yes, the styles were getting shorter, I had to be in style.)
November 1968, I had the Persian grey coat shortened, that bought on Jan. 16, 1967.
I also wrote about the Christmas dresses I made, I think I made a dress for four years in a row. In November 1968 I made a navy wool dress (no memory at all of that). 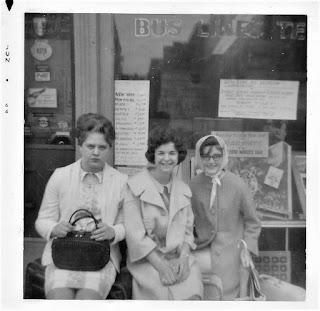 My two friends and I were waiting for a bus on June 4, 1964, to take us to NYC for four nights. We went to the Ed Sullivan show, Macy's, Greenwich Village, RCA Music Hall, Central Park, World's Fair, Chinatown, and the Empire State Bldg. My diary indicated I bought this lime green spring coat at Lempkins on April 26th. 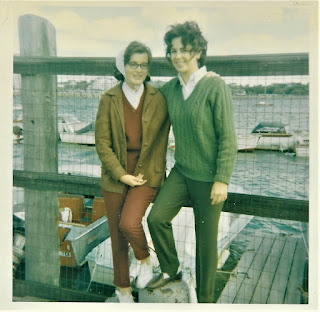 My roommate, Merilyn for two years before she got married, and I were on a double date. I bought this cranberry two-piece outfit and my roommate bought one in green. But, of course, I had to buy a suede jacket (above) and below, the white boots for walking! 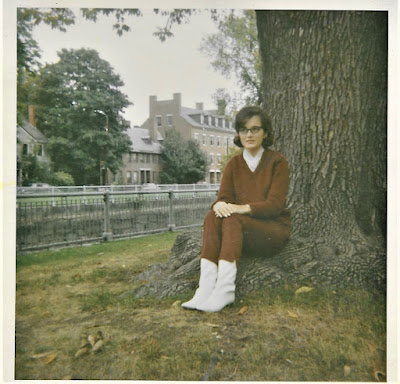 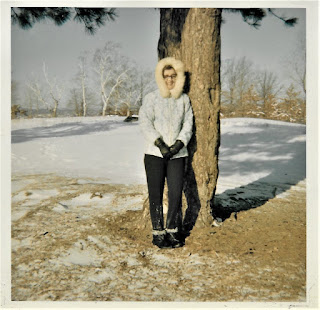 My then-boyfriend, later husband, took this picture, I remember the parka with real fur on the hood. 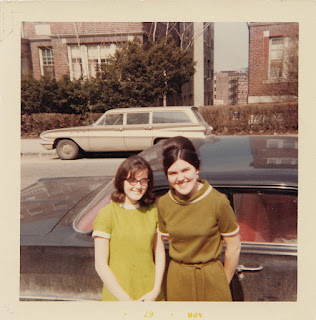 In 1967, I spent a few nights with my best friend in Cambridge or Boston. This dress came to my knees, so it wasn't too short. It was a Jackie Kennedy style dress, I thought. It was all lined, which was unusual. 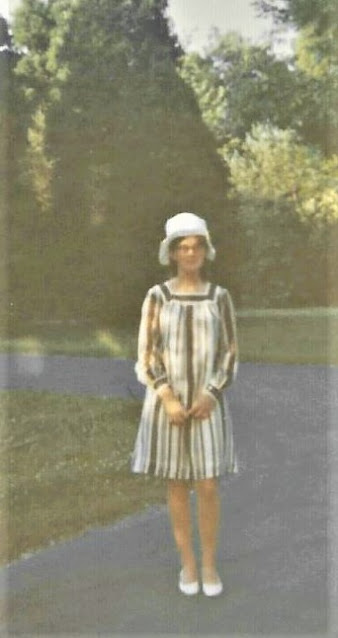 A girlfriend took this photo of me in Montreal when we went to Expo 68. We didn't wear sneakers and pants in those days.

I don't know when I typed this up, but probably more than 25 years ago because I haven't had a typewriter since then. The year was 1968, and the information was taken from my 5-year diary. This was done to help me remember what I was wearing and with whom. Nope, I couldn't wear the same outfit two times in a row! I love knowing when I saw "The Graduate."
Even though I spent a lot of time with my clothes, I didn't spend much time thinking about my shoes or handbags. 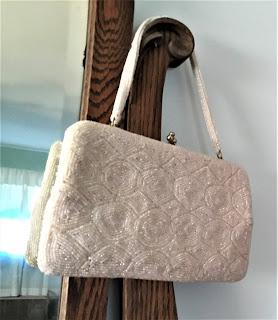 This beaded bag was a purchase from a Lowell store in the mid-1960s. I used it when we went to formal dances. I also had two black ones, one a clutch and the similar to the above one, but no beads.. 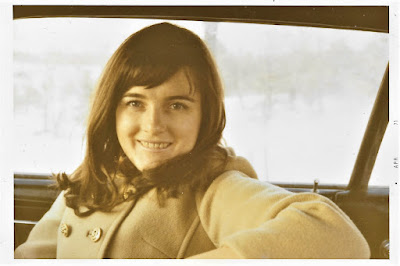 The date on the side is April 1971. I loved this camel shade coat, it went to my knees, and I wore it with the same color/fabric pants. Truly, one of my favorite going out in the winter outfits. My then-boyfriend took this photo, he later became my husband. 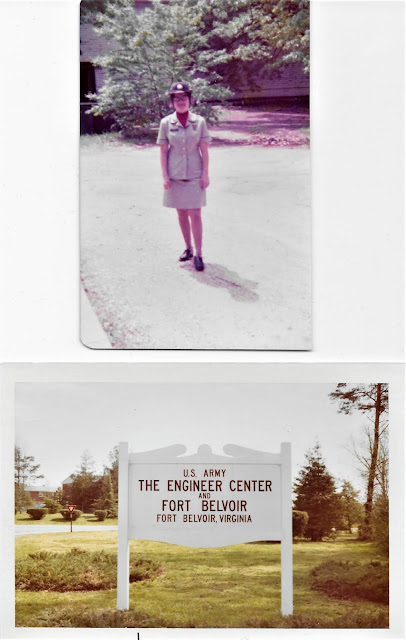 So, when I went into the Army everything changed, including my wardrobe. Now, clothes were something I didn't have to think about. When I got out, I had a full duffle bag of my Army clothes. Among the items were a summer dress two-piece outfit, a winter wool suit, raincoat, leather pocketbook (which I used for years), a heavy winter coat, belts, boots, field jacket, fatigues, my bedsheets, and of course several styles of hats, may three different ones. Below are some of that collection, all these items 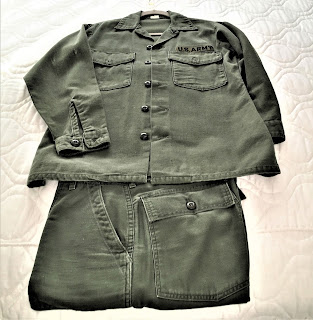 Full uniform, shirt, and fatigue pants, which I usually put on in October, to wear around the house. 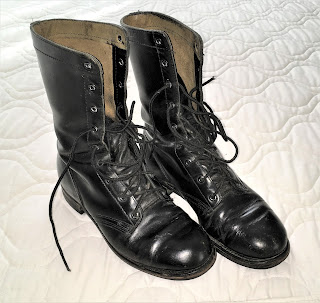 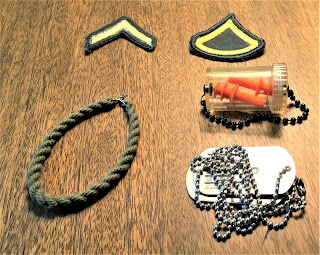 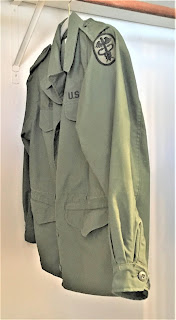 Heavy field jacket, perfect fit, but I never wear it or any of these clothes. Even the boots still fit. 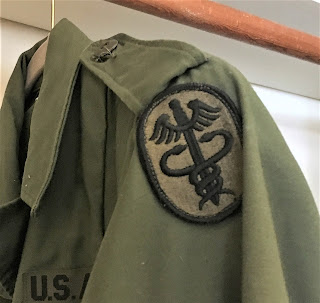 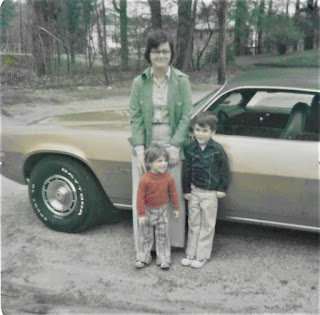 I did have a few civilian clothes as shown above when I visited my young niece and nephew. I drove my Camaro from Alexandria to Massachusetts quite a few times. I can't remember who stored my old clothes, but I don't recall ever wearing them again. I did give away my Persian-trimmed grey coat, which was tough.

The oldest outfit I have that I still wear frequently, is this cotton Nehru style jacket, by Jones New York, shown below. I had the pants that matched. The second photo shows how much it faded, by looking at the belt that I never used. I bought it while I was in the service, so it was before October 1976...best purchase ever. 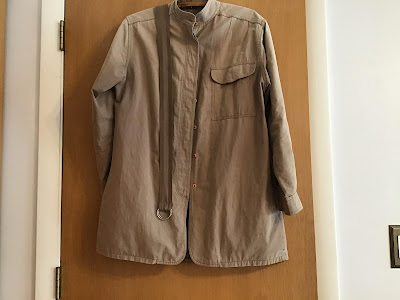 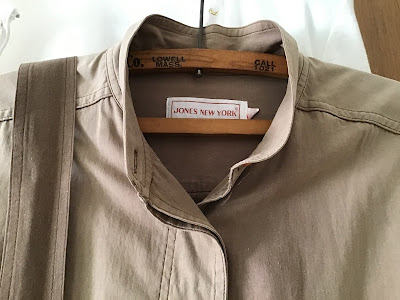 The last two items I owned in 1978, one I can wear, and the other will fit if I lose more weight. 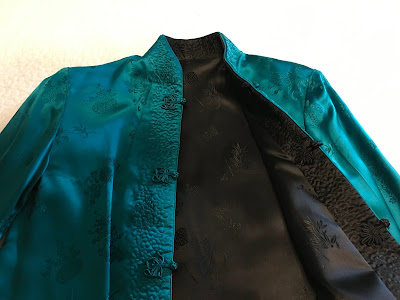 The reversible aqua and black silk Chinese jacket was bought in Chinatown, San Franciso. I can't button the frogs, but it does fit perfectly. 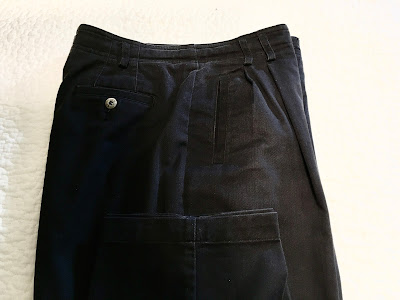 These are ordinary black heavy dress pants. I wear them out, but have to hold in my stomach! If Liz Claiborne had only put elastic in the waistband, I'd be happier.
The years 1978-1994 will be covered in the next post. During these years I was working at the headquarters of the Veterans Affairs office and the headquarters of the Daughters of the American Revolution (DAR), both in DC, within walking distance of each other, separated by the White House. Those were the years I really dressed up, and spent money!