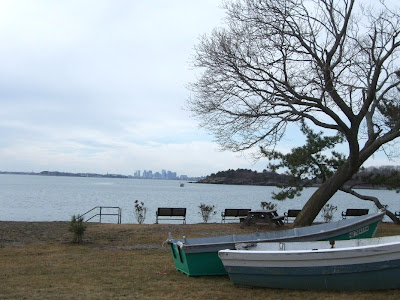 A cold January day in Nahant, Massachusetts.
Boston is in the distance. 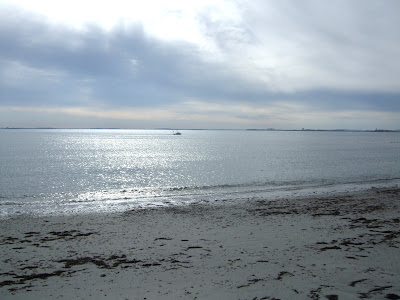 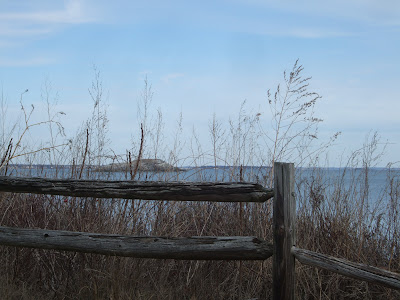 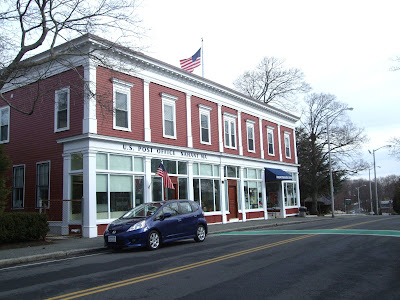 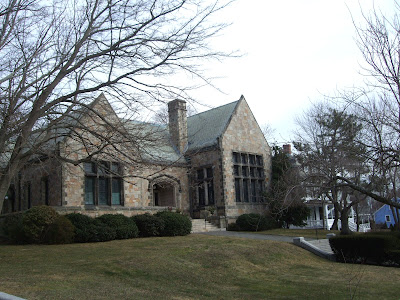 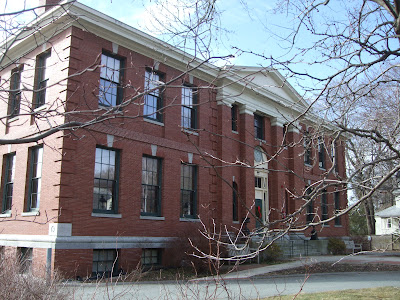 The Historical Society shares office space with several other businesses, in this old school building. 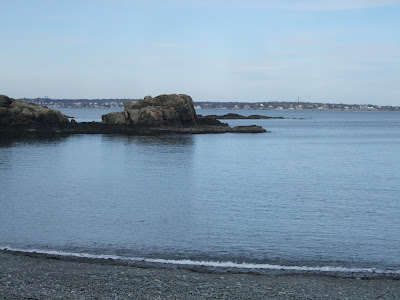 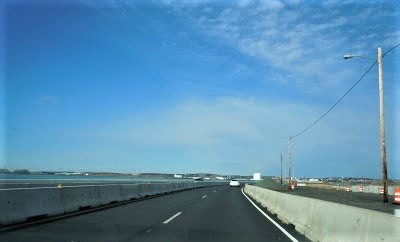 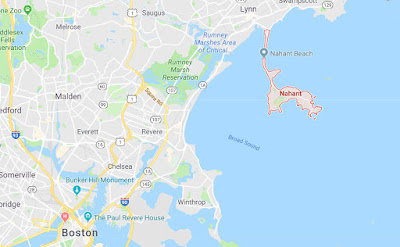 A Suicide or a Murder? 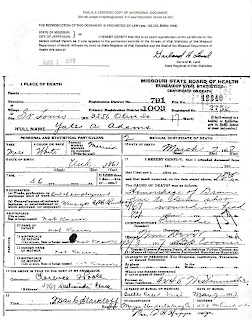 The death certificate of my great grandfather YATES A. ADAMS shows the kind of information I wish I didn't have to read or believe. The fact that I have read the word "suicide" many times over the past 11 years doesn't help ease the pain and wondering. He has been a mystery to me, because I have no family records, photos or stories about him. I have always liked his name, Yates, I think it is unique (imagine if it was John Adams). My soon to be grandfather, Clarence F. Poole, was the informant and that is why there was so little personal information (he was dating my grandmother, and they married a year later).


At the time of his death, Yates was living and working in St. Louis, Missouri. His wife and daughter were living in Ann Arbor, Michigan. The death certificate stated he was "out of employment."


His only child, Marjorie Anderson Adams was about 26. Yates had two sisters for whom I have little information, and a brother, John Anderson Adams, for whom I have a wealth of information and a good story for the future. Yates was born August 1860 possibly at Batavia, Genesee Co., New York. A little more on Yates, he married Sarah Belle Farmer on October 20, 1887 in Battle Creek, Michigan at the home of her father. Per the 1910 census, Yates, his wife and daughter were living in Detroit, Michigan.

See * below for transcription.

Now, I am pondering the newspaper article sent to me several years ago. Unfortunately, I don't know the name of the paper (but it was probably from Battle Creek, Michigan) nor do I know the date. And even worse, several words are missing on the Xeroxed page. Why didn't I notice that years ago? Maybe I could have gotten a better copy.


On the newspaper, somebody hand wrote a date of Mar 10, 1917 and circled the word Funeral. If this is a fact, then the funeral was on that date, as his body was removed from St. Louis, Missouri (death place) to Battle Creek, Michigan on March 7th for burial.


The newspaper article, written a few days after the death certificate preparation, had differing bits of information.


1. Instead of a suicide, the paper states, "His Death Remains a Deep Mystery" (not just a plain mystery, but a deep one).


2. Yates "was found in the basement of the L. M. Rumsey Manufacturing company, by whom he was employed." The death certificate stated he was unemployed. Late at night, at his company of employment, he was writing letters, "in a happy frame of mine" and was planning on meeting somebody in New York City. Yates apparently was asked to resign, but he was still at the company.  If he was writing personal letters and was happy, why would he shoot himself?


According to the newspaper writer, "the  supposition is" Yates was shot by a thief. That is what I want to believe. What are the facts?  There must be more.


Unfortunately, the newspaper article is missing some information on the right side. Since I don't know the title, I will have to spend time on getting a full copy. Also research further to see if there is a conclusion. Was the thief ever caught? I am hoping I can follow-up this article on a future "Looking Back" post. Any suggestions as to where I can get this information or hire an inexpensive researcher or a qualified volunteer whom I would pay to do this for me?


Follow-up:  On Friday, January 15th I was able to get a copy of a St. Louis newspaper article pertaining to the death from John Newmarch.  More to follow.

Funeral services for the late Yates Adams, whose death occurred in St. Louis Wednesday, will be held at Hebble's chapel Saturday afternoon at 2:30 o'clock. Rev. Thornton Anthony Mills of the First Congregational church will be in charge and committal will be made in Oak Hill cemetery. The body was brought to this city today, arriving at noon on the Michigan Central railway. Mrs. Adams and daughter Miss Marjorie arrived this morning from Ann Arbor.

Much mystery seems to surround the death of Mr. Adams, whose lifeless body was found in the basement of the L. M. Rumsey Manufacturing Company, by whom he was employed, by the night watchman, Patrick Harnett. Harnett told the police he had seen Adams in the lighted display rooms about 10:30 and in reply to a query Adams explained he had some letters to write.

When the watchman came back there at a little after midnight the rooms were dark but the door to the basement was open, and going down the stairs, he found the body of Adams with a bullet hole through the right temple. A revolver lay several feet away containing two empty and two loaded cartridges. The door leading to the alley, that had been locked during the day to keep out thieves who had been stealing brass was ajar about six inches. The supposition is that Adams, upon hearing sounds in the basement, had switched off the lights in the show rooms and crept down thinking to apprehend the thieves.

Powder marks were plainly visible about the temple through which the bullet had passed. An unfinished letter in his typewriter evidenced the fact that Mr. Adams had been in a particularly happy frame of mind with his writing. The letter was addressed to Truman S. Foote, Hotel Elton Waterbury, Conn., and stated that Adams would meet him at the Manhattan New York city when he would have a deal to tell him. Reference was made to, too a little party which he had been asked in September. Then the letter ended abruptly.

The secretary of the company made the statement that Adams had been asked to resign March 1 when the Standard Sanitary Manufacturing company was to take over the concern. Only one cent was found in the dead man's pocket along with an identification card from the Commercial Travelers' Life Insurance company and a bill from Dr. C. B. Renoe for $10. The Insurance policy paid February 28 was due April 1.

Mr. Adams left Battle Creek (can't read) years ago. Prior to his going he was in the plumbing business on South Jefferson Avenue, first in company with the late A. F. Bock and alone. He was a member of the Athelstan club and had many friends throughout the city."

From the Willard Library, Battle Creek, Michigan, Coller Collection 1.261. From: The Battle Creek Moon Journal 9 March 1917 page 12 column 3 and 4. Thanks to Brenda Leyndyke.