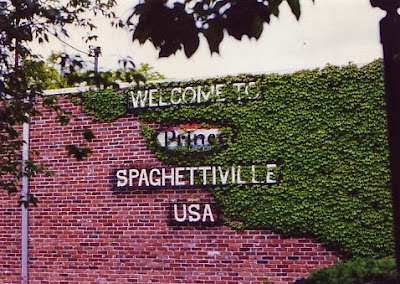 In 1912, in the North End of Boston, three immigrants from Sicily began making spaghetti and sold it to customers. The business was so fantastic that they needed more space, so in 1941 they moved to Prince Street in Lowell. In 1987 the company was sold to Borden, Inc., whose headquarters are in Ohio.

The stipulation between Borden and Prince was that nothing would change for ten years; no major changes and no layoffs. It was one huge family, mostly of hard-working Portuguese employees, many who worked there 30-40 or more years on one of the three shifts. When I began working there, into the 8th year of being owned by Borden.

It came to no huge surprise, that when the 10 years was up, Borden had no need for Lowell's plant, but they wanted the name. They had other plants, incl. one in St. Louis. Word of our closing spread like wildfire, I received phone calls from the press, and everybody wanted to know all the details.

Fortunately, I had more information and warning than most people, since I worked for the Plant Manager. Over 400 employees lost their jobs. We received nice severance packages and other benefits, but the pride of working for one of the most well-known companies in Massachusetts was no more.

The building in red brick is the original plant (where all offices, shipping, quality control, mini grocery store, and the Prince museum) and the large white/grey building was where the pasta was manufactured.

Prince Pasta / Spaghetti is now owned by New World Pasta in Pennsylvania. I can still buy the same blue Prince box in any local store. It didn't go away, just changed several hands and locations.

I shared some advertising products from the company in a recent post, see HERE.

Nice article about the history from Mass Moments. 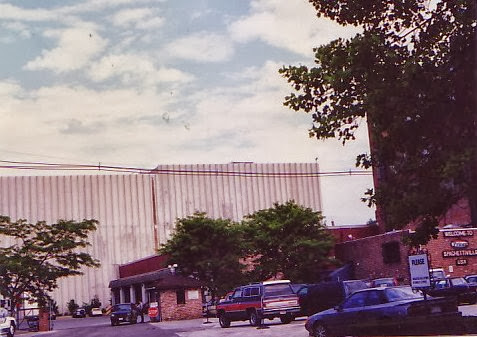 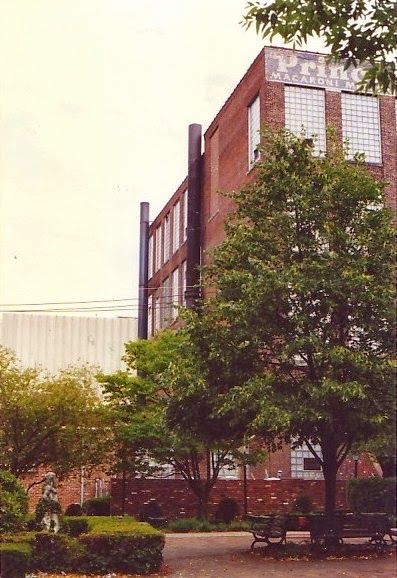 Courtyard facing the old and new buildings. Below are two railroad cars. There was also a fleet of large trucks with the same logo. 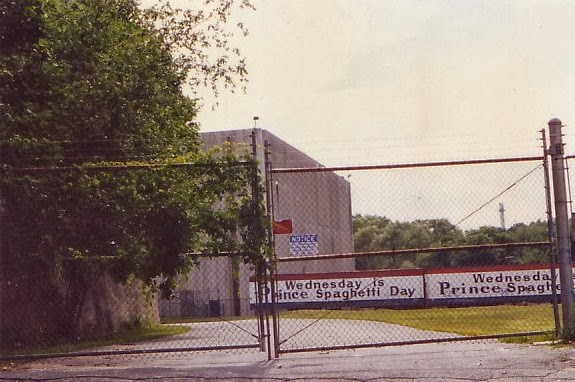 Update: On June 25, 2014, there was an article in The Lowell Sun newspaper about the old Prince plant and property being up for sale again.  See article at HERE. 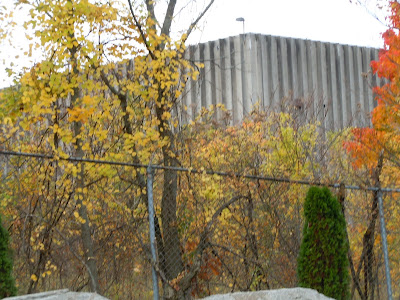