Jack Kerouac Was a Man Who Loved Cats. See the Proof. 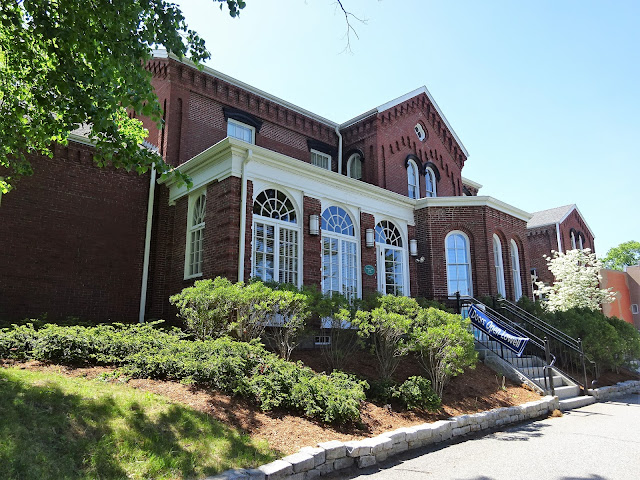 Lowell, Massachusetts was home to Jack Kerouac, a famous novelist, poet, and "beatnik" for part of his life. Although he has been deceased for almost 96 years, the city still enjoys celebrating his life, especially during his birth month of October. Throughout one week, the Lowell Celebrates Kerouac Festival is held (2017 program on link). An update: To celebrate his birthday, I just read about an On the Road Marathon to be held March 10th and 11th in Lowell.

He was born in Lowell, lived here and many other places throughout the United States, and was buried here. We have a park named after him, and tourists come to the city to see where he lived.

Over three years ago, I posted a blog post, "There Is A Lot to Like About Lowell -- Jack Kerouac, Life and Times, Birth and Death," which included photos of a place he lived, his cemetery stone, and showed an exhibit of his personal items.  This past year, I had the opportunity to see another exhibit, held during the Doors Open Lowell weekend (selected buildings open to the public). The exhibit is now a permanent fixture at the Allen House (above), built in 1854, which has the office of the current Chancellor of the University of Massachusetts Lowell (UML), overlooking the Merrimack River (below), not far from my house. 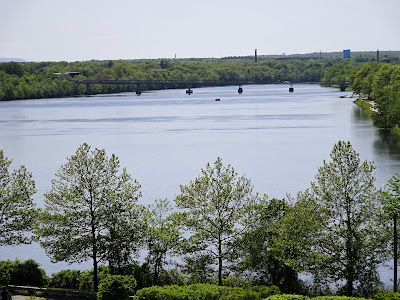 The exhibit is small, although enjoyable, especially if you love cats and Jack. Below, is what you see first, as you enter into the main room of the house. 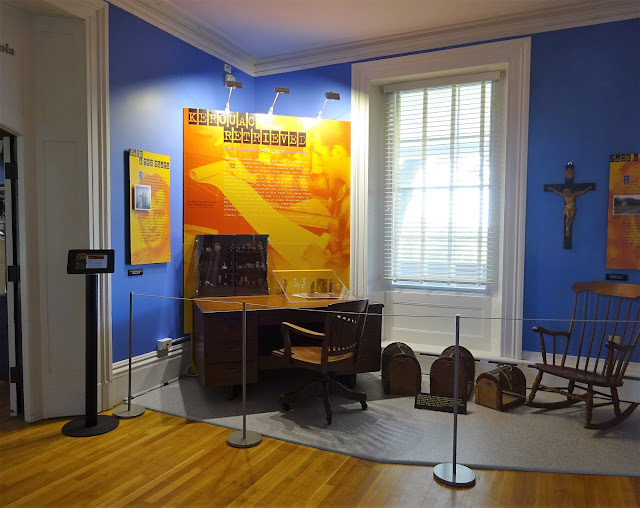 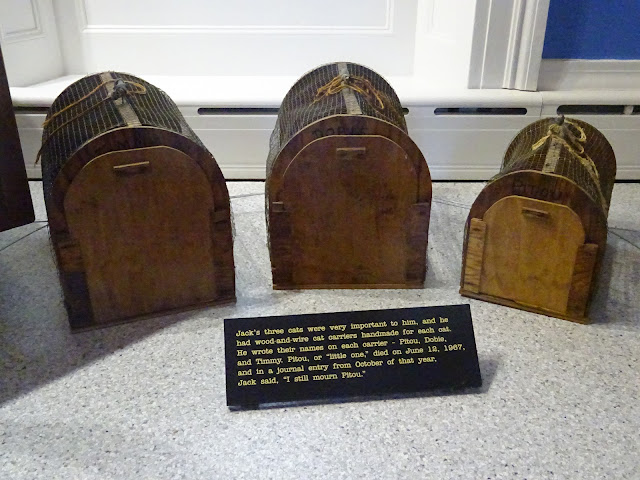 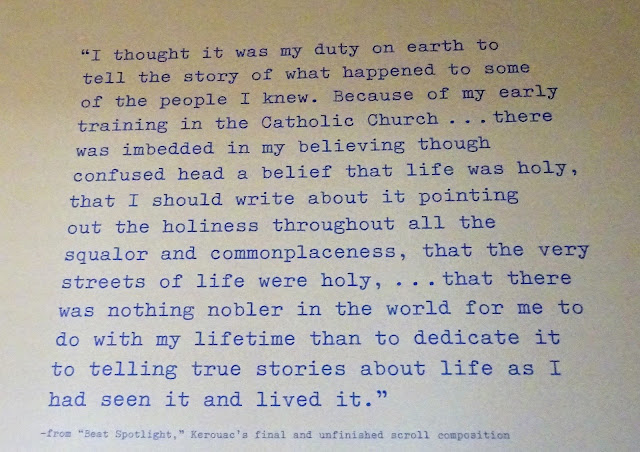 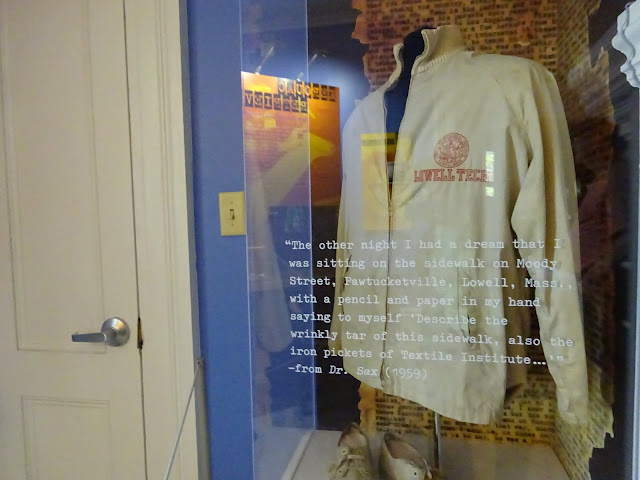 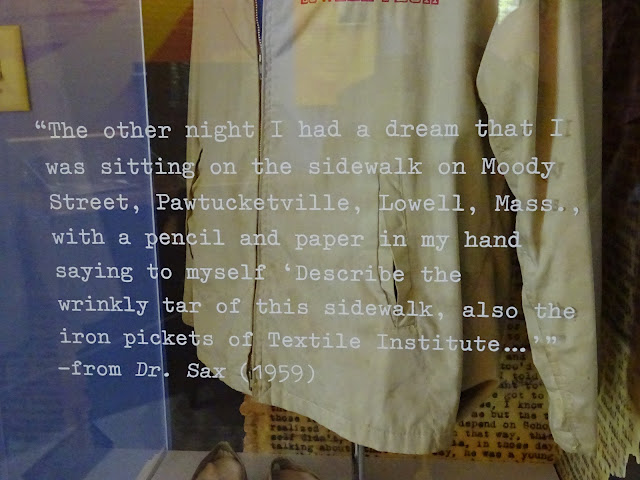 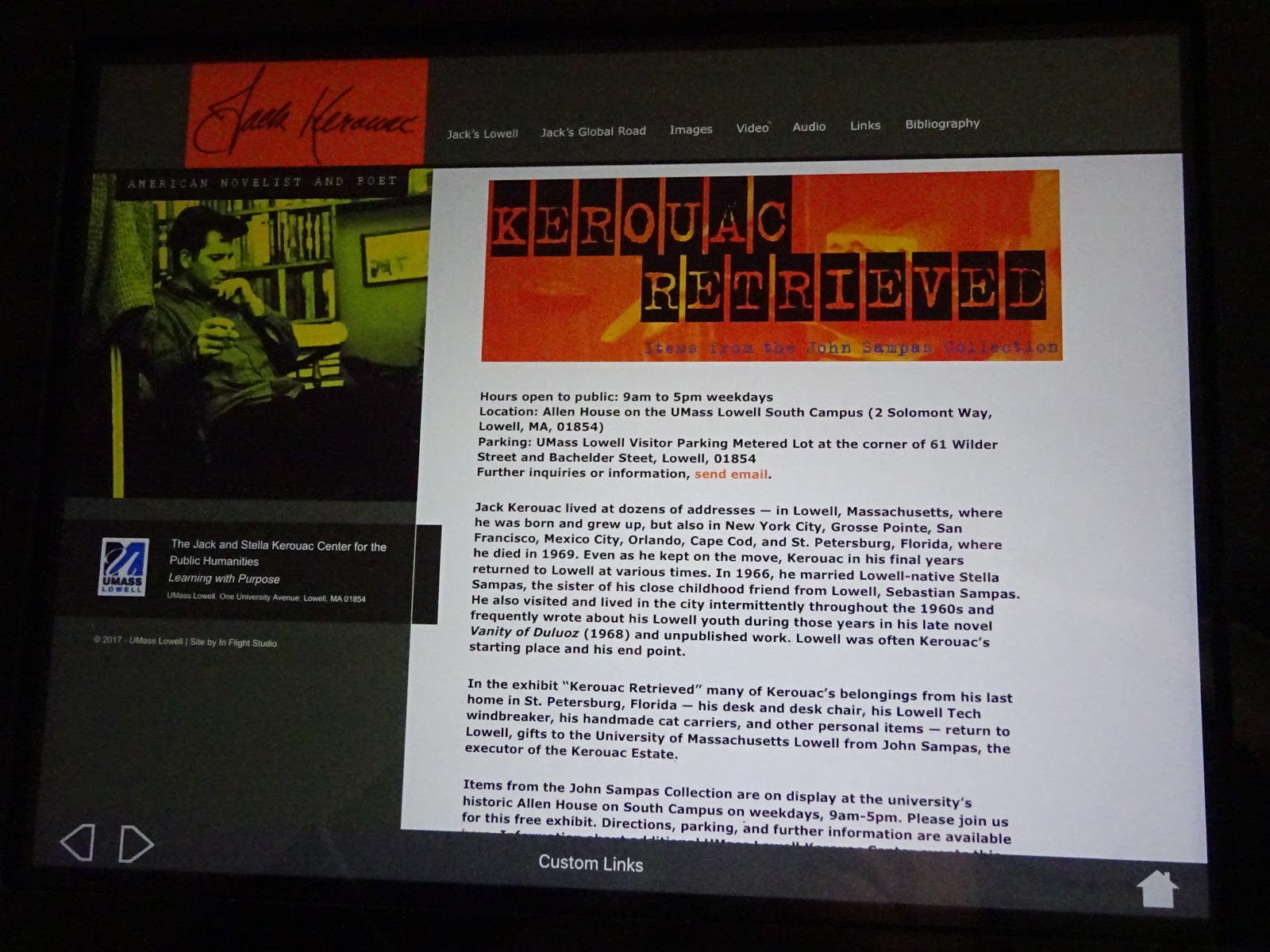 Above from Jack Kerouac Center for the Public Humanities.
Below is the brochure I received, showcasing the exhibit. 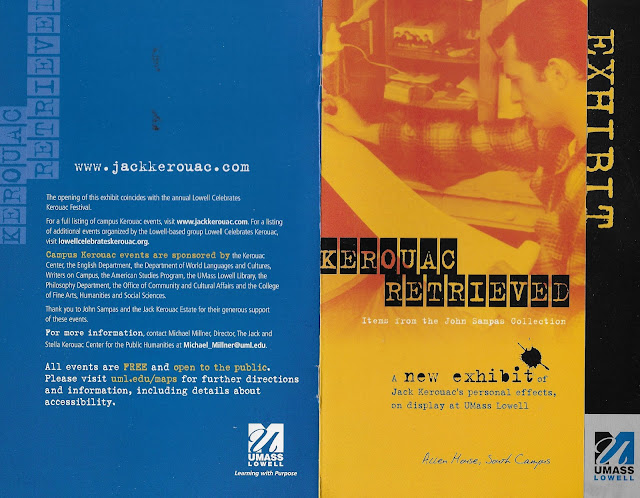 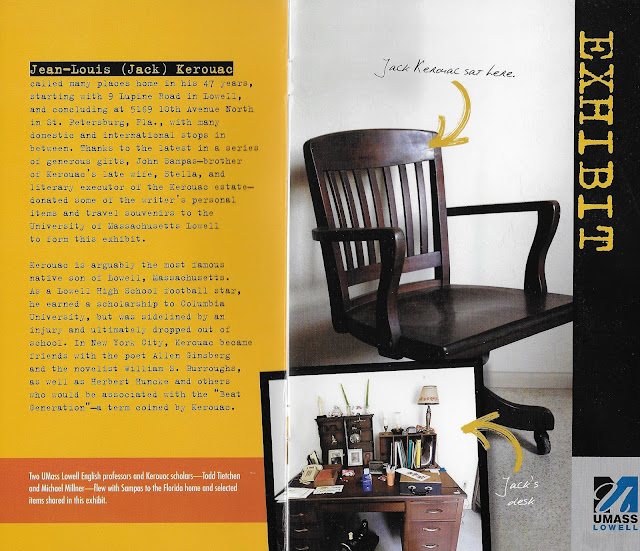 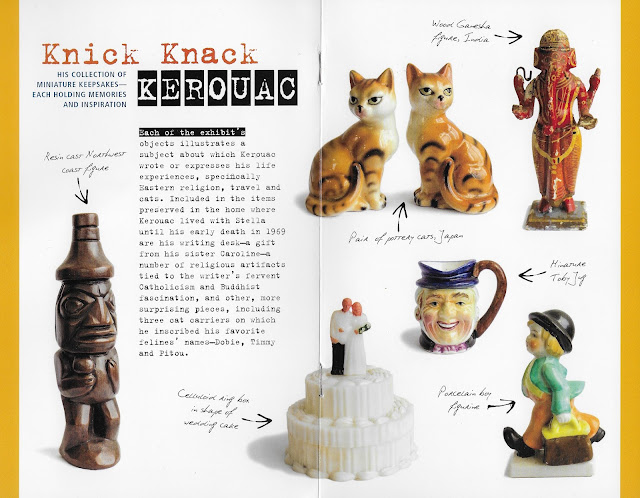 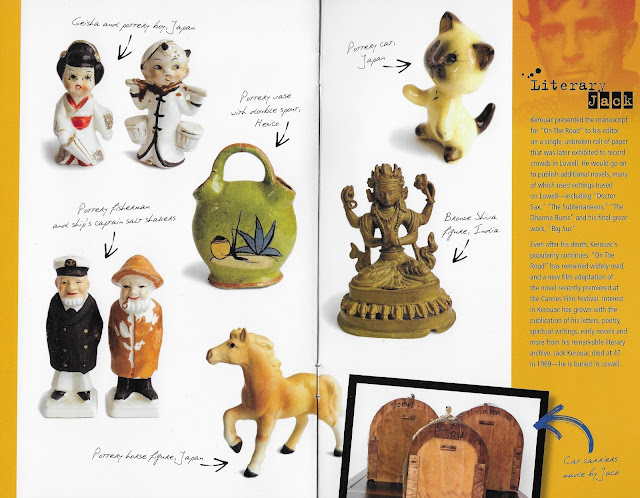