The Names of the Persons Receiving Early Land Grants at Ipswich, Massachusetts

Last year, while in Ipswich, my husband and I toured the Ipswich Museum. One of the first things to catch my eye was a wall hanging, listing names of persons receiving early land grants in Ipswich. When I took the photo, I knew at some point I would transcribe the names. There are quite a few readers who have some of these names, as do I, and I thought some of you might enjoy seeing your ancestors named here. 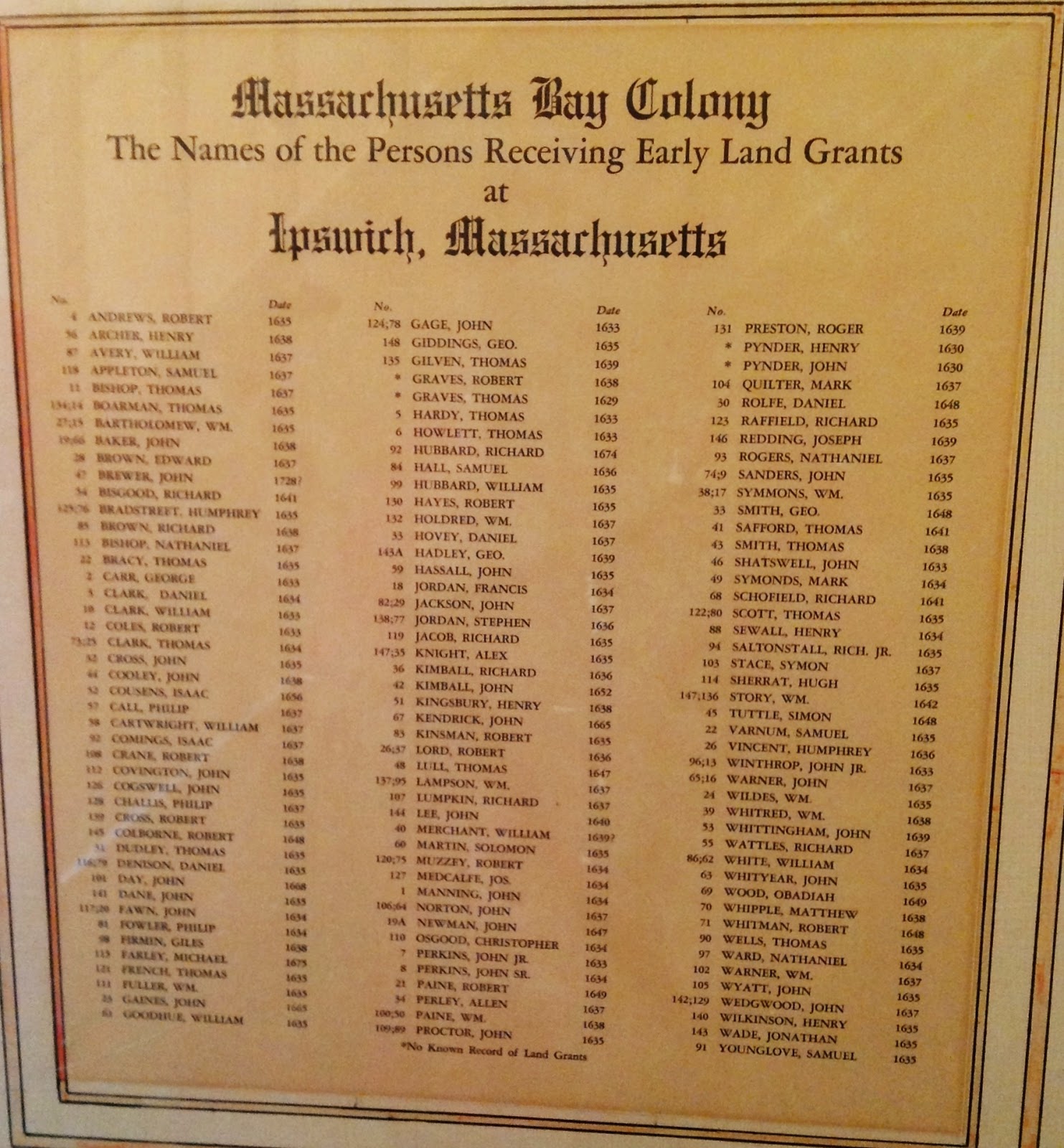 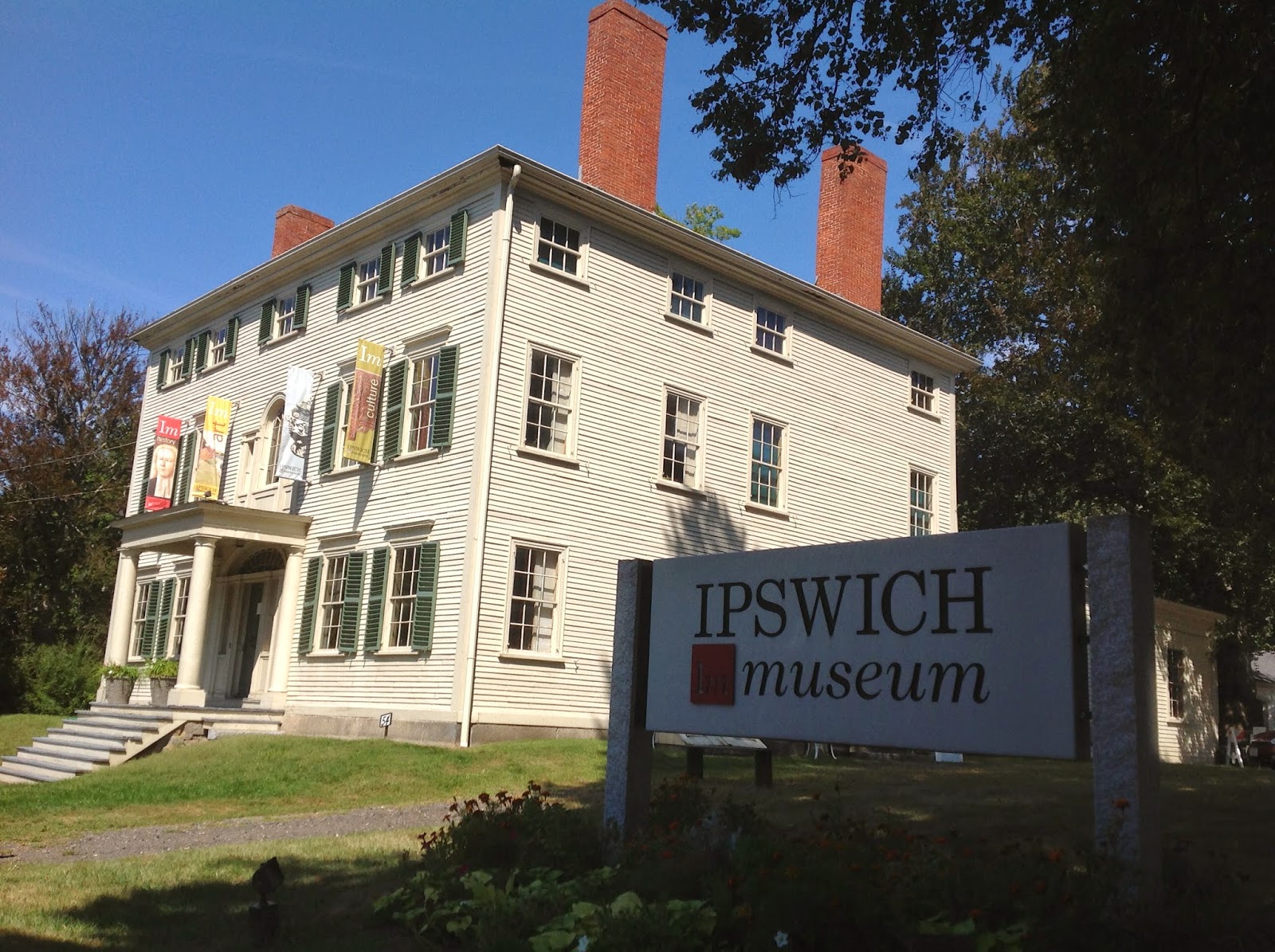 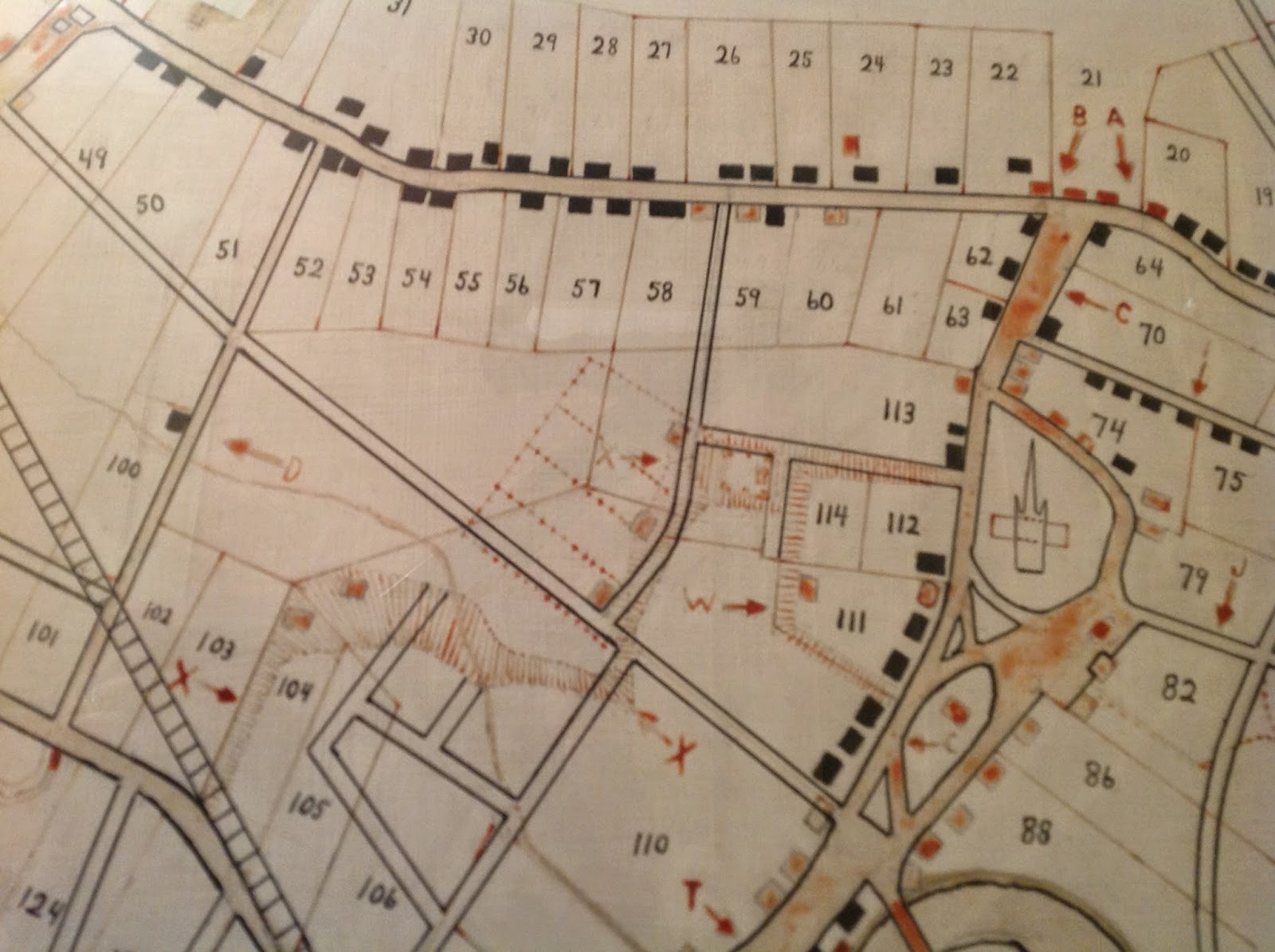 Also hanging on the hallway wall is a large map showing where their land grant was. The numbers correspond with those on the original list above. 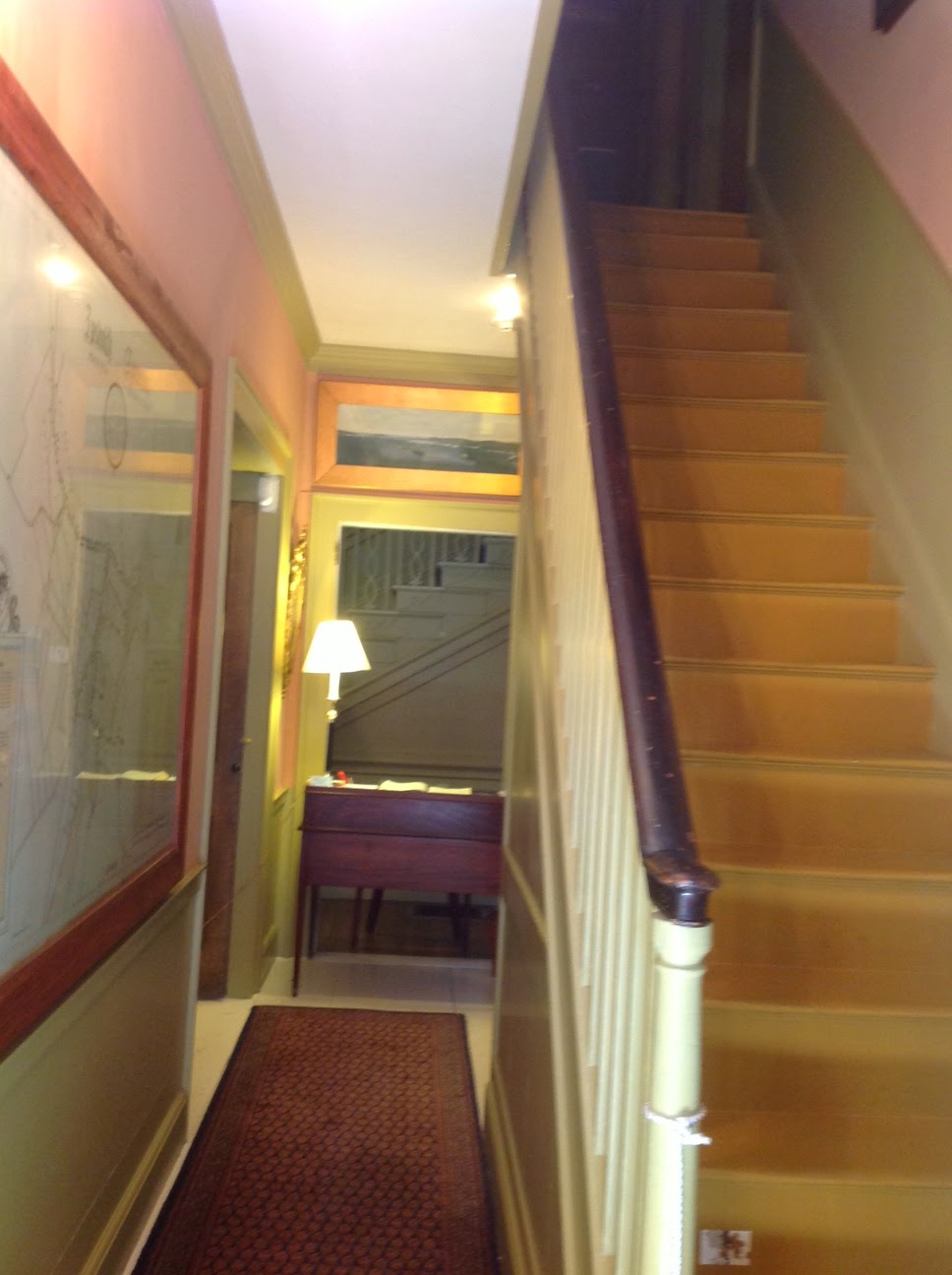 Last year I did a post called, Everybody Loves Ipswich, Massachusetts, which consists mostly of photos taken in the town. You may view that post HERE.