What I Learned About the House through Genealogy 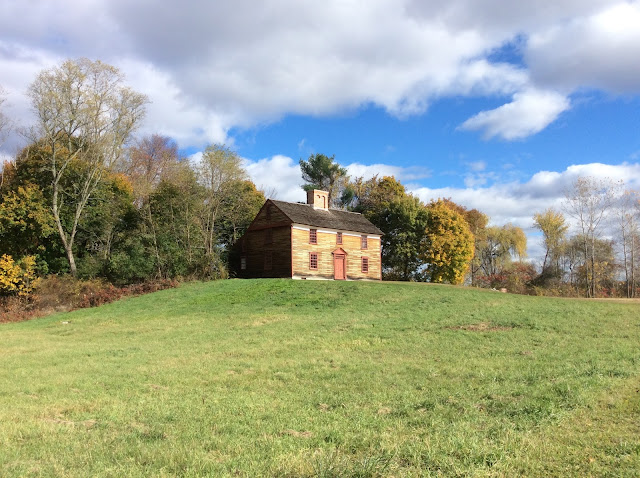 The Captain William Smith house, built in 1692 is in the Minute Man National Historical Park in Lincoln, Massachusetts and is one of several 1775 Revolutionary War era houses you can see (and some are open) along the 5 1/4 mile trail. This one is now special to me because it connects into my family. See the genealogy below...the very last line!

Genealogy and history play a big part in my life. Whenever I go sightseeing, I always want to know about the person, special events, something about the house and where they were buried. (Some examples are Daniel Chester Smith, Augustus Saint-Gaudens, Harriet Beecher Stowe and others.) Once the park opens for the season and the NPS (National Park Service) guides are working, I will ask questions, like was the family living there when the Redcoats passed by twice, and where is William Smith buried.

Captain Smith's house may be seen from the road, but I had never seen it up close until last year. That is because you have to walk a good distance to it. Once I found out who he was related to, I had to share more than just a few photos. Below is a genealogy of his ancestors, a google map shot from the air and several more pictures. 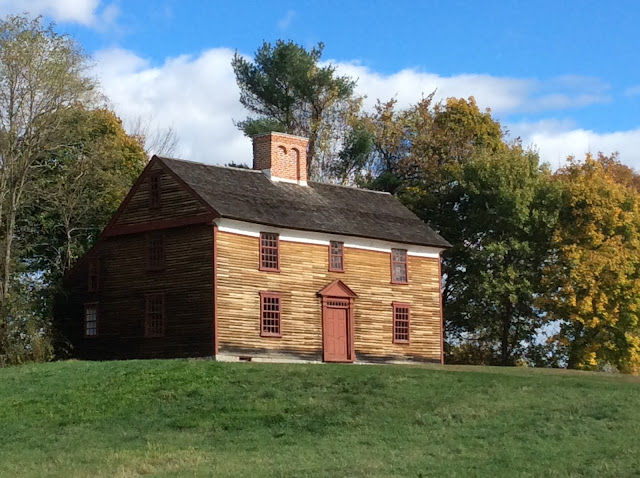 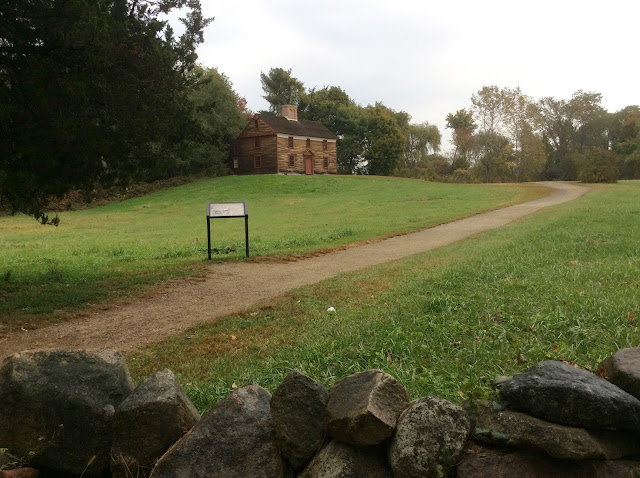 From the Battle Road Trail, you can see the house and information board. The house is opposite a local unmarked road that takes you right to Lincoln Center. 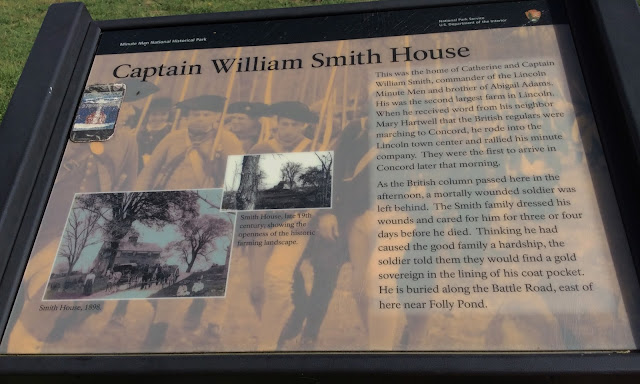 "This was the home of Catherine and Captain William Smith, commander of the Lincoln Minute Men and brother of Abigail Adams. His was the second largest farm in Lincoln. When he received word from his neighbor Mary Hartwell that the British regulars were marching to Concord, he rode into the Lincoln town center and rallied his minute company. They were the first to arrive in Concord later that morning.

At the British column passed here in the afternoon, a mortally wounded soldier was left behind. The Smith family dressed his wounds and cared for him for three or four days before he died. Thinking he had caused the good family a hardship, the soldier told them they would find a gold sovereign in the lining of his coat pocket. He is buried along the Battle Road, east of here near Folly Pond." * 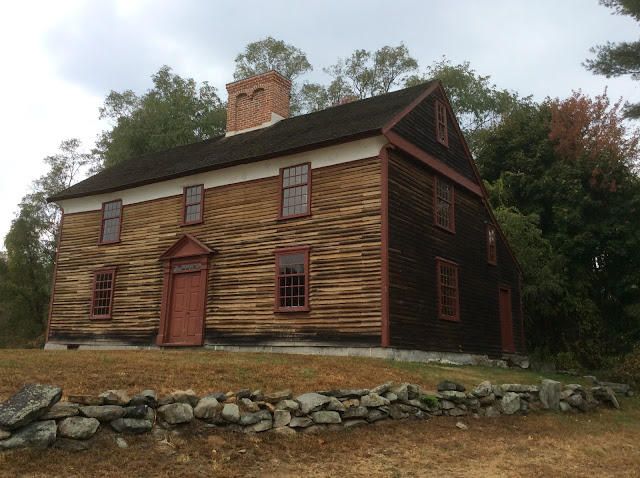 House was closed, so the photo was taken through the dirty window (below). 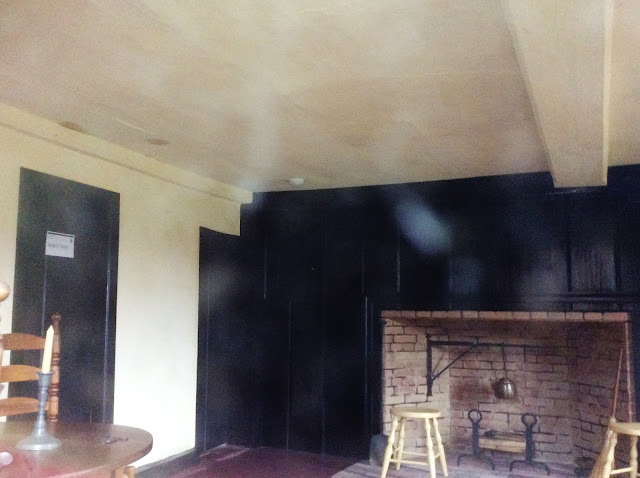 I am anxious to read A rich harvest : the history, buildings, and people of Lincoln, Massachusetts by John C. MacLean. John was the researcher who solved one of my brick walls, that article may be seen HERE. 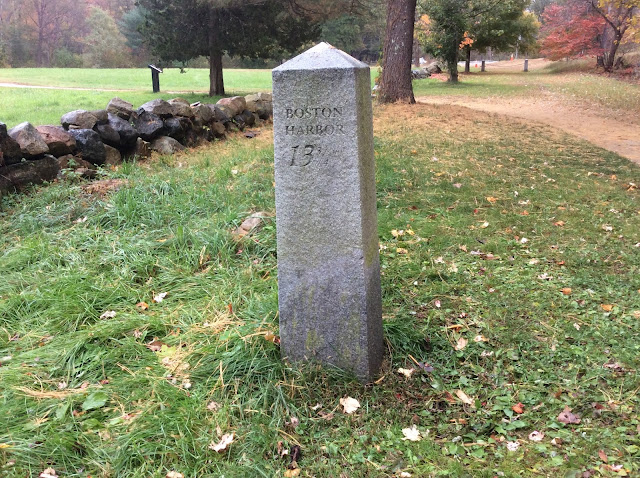 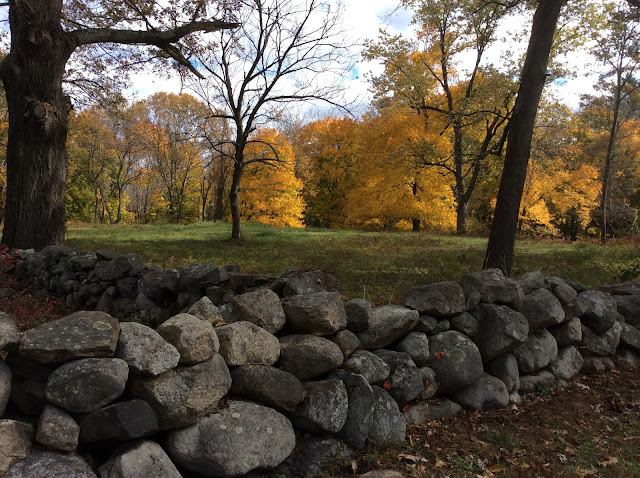 A walk along the Battle Road trail is a taste of heaven.

Google map of the house in Lincoln and Hanscom Air Force Base in Bedford, MA (Lexington and Concord are a stone's throw away). 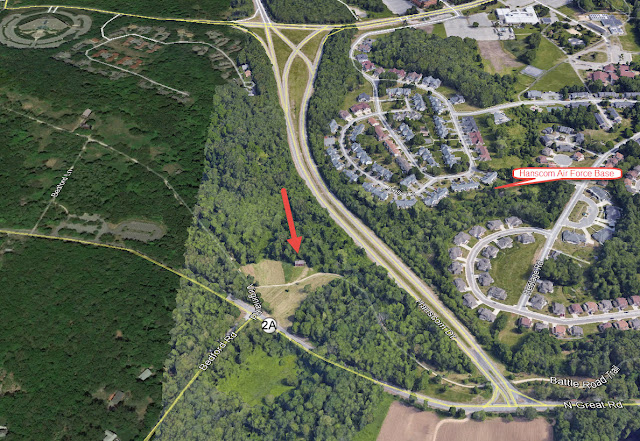 The first two generations were done by the Massachusetts Historical Society, found through a google search. I wanted accurate information, and couldn't count on some of the online sites providing that information. The information is located in the Smith-Carter Family Papers. The third generation was already done by me, because President John Adams is my 2nd cousin, 7 times removed. I was pretty excited to learn that the house belonged to the President's wife's brother!

* Update: On April 5, 2016, I called the Lincoln Library to see if they have information regarding William Smith's burial spot near Folly Pond. Since I had knowledge of their cemetery books, I felt that was the best place to begin my search for an answer. Apparently, there isn't a marker, and I was told that he left his wife and she in fact, is buried in Quincy, Massachusetts at the Adams homestead!

The above paragraph was taken from: Descent from Glory: Four Generations of the John Adams Family By Paul C. Nagel, page 28.