Along the Merrimack River in Four Seasons 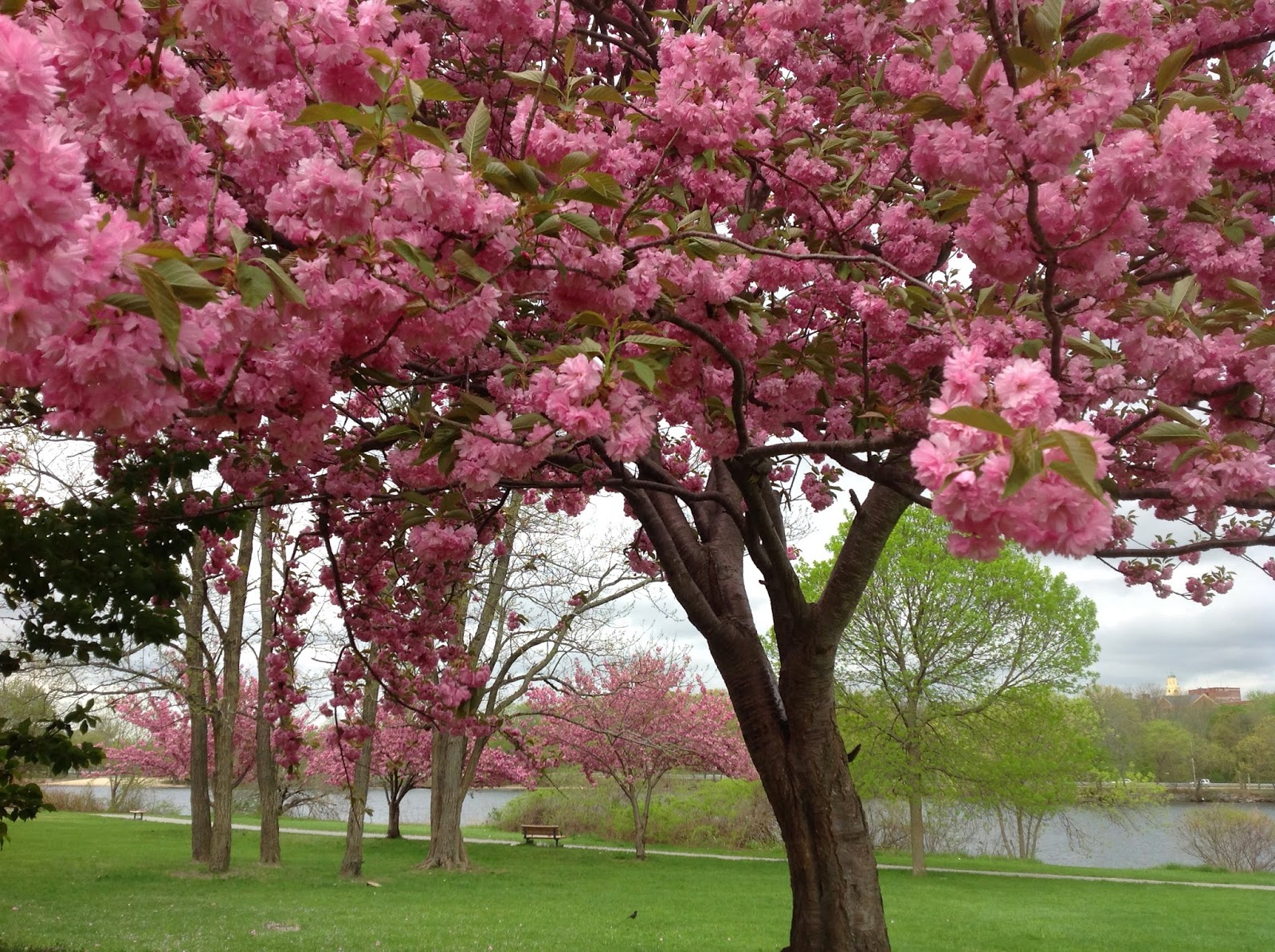 The Merrimack River From Wikipedia: "it is a 117-mile-long river in the northeastern United States. It rises at the confluence of the Pemigewasset and Winnipesaukee rivers in Franklin, New Hampshire, flows southward into Massachusetts, and then flows northeast until it empties into the Atlantic Ocean at Newburyport." 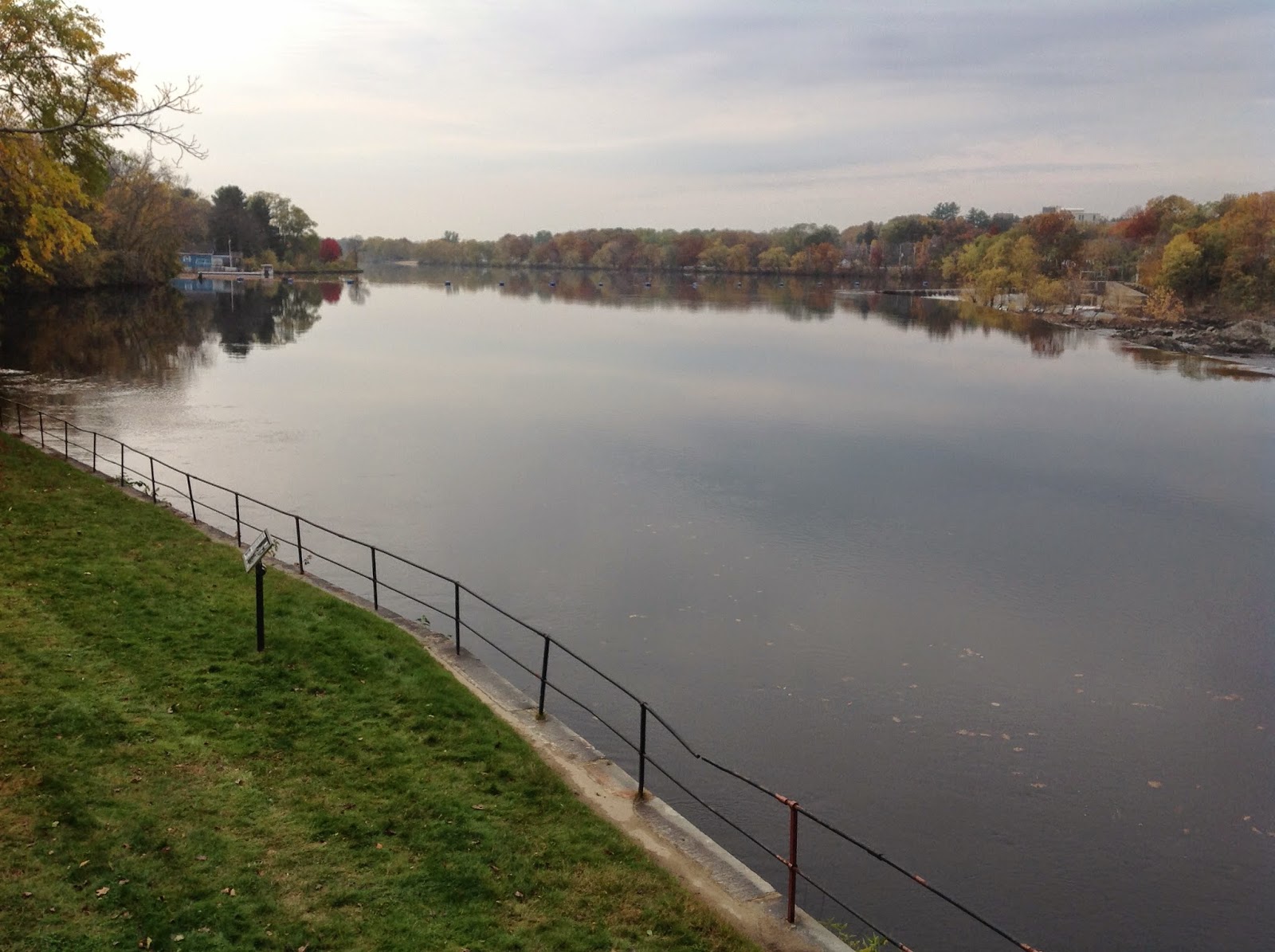 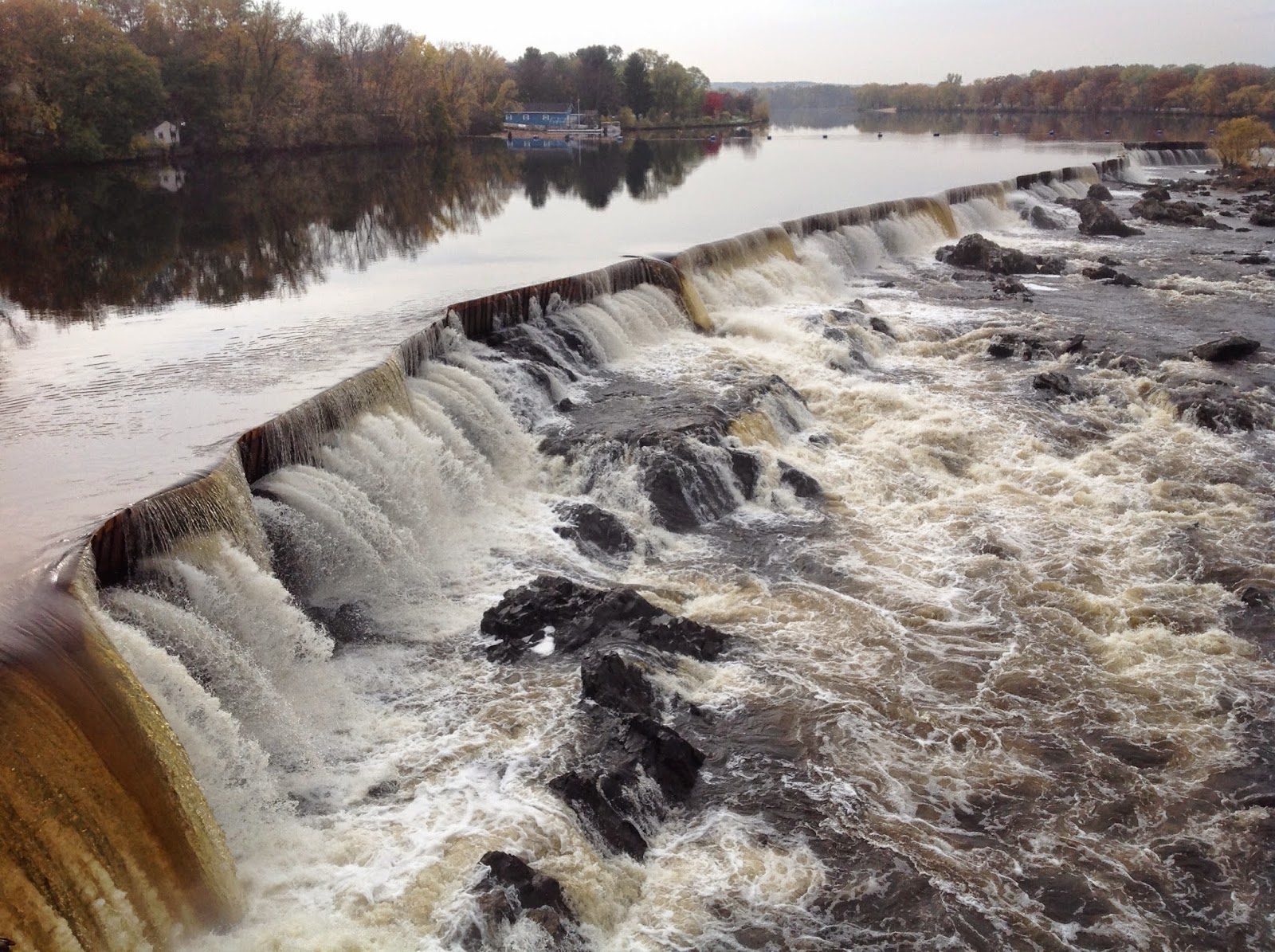 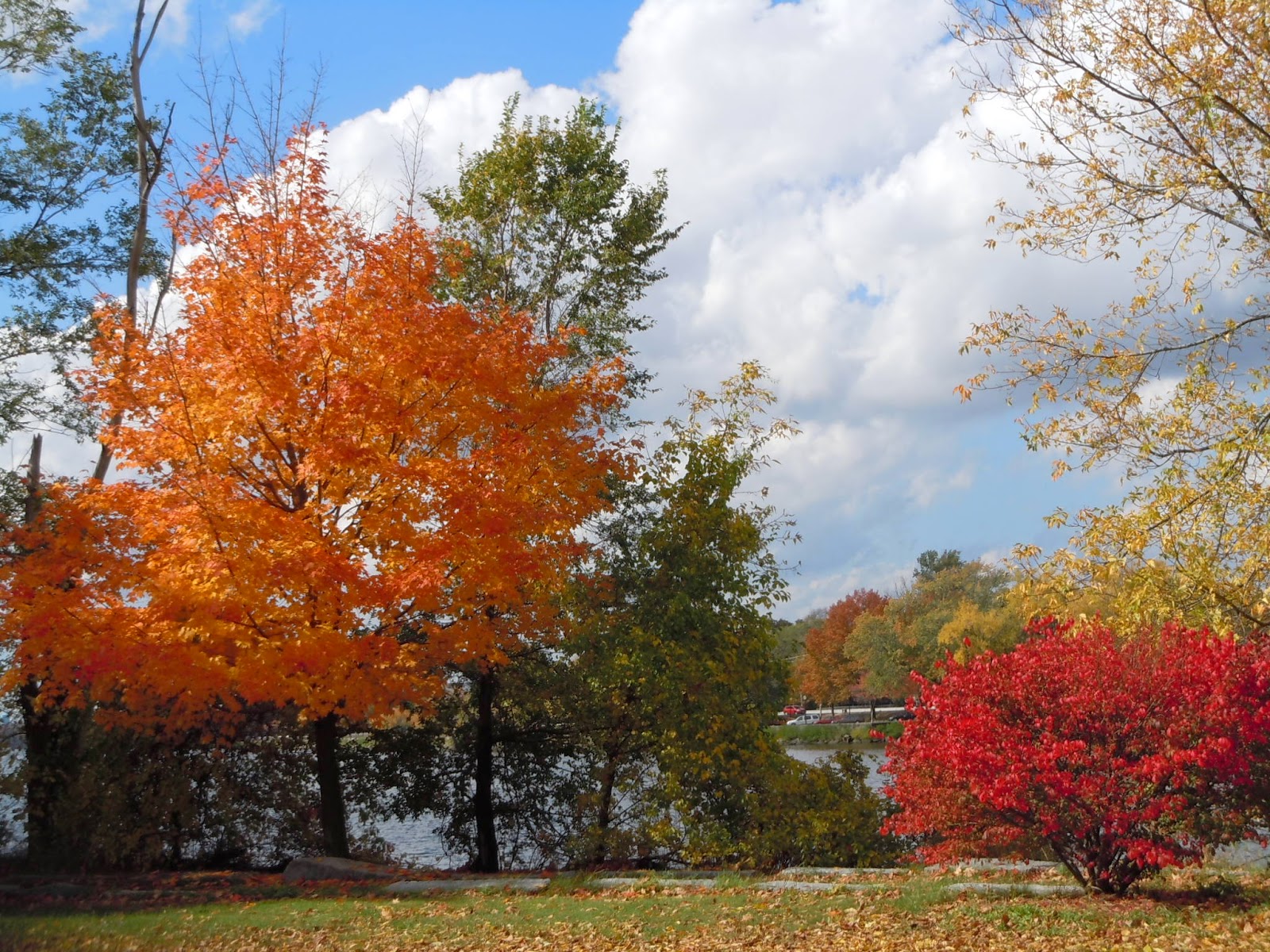 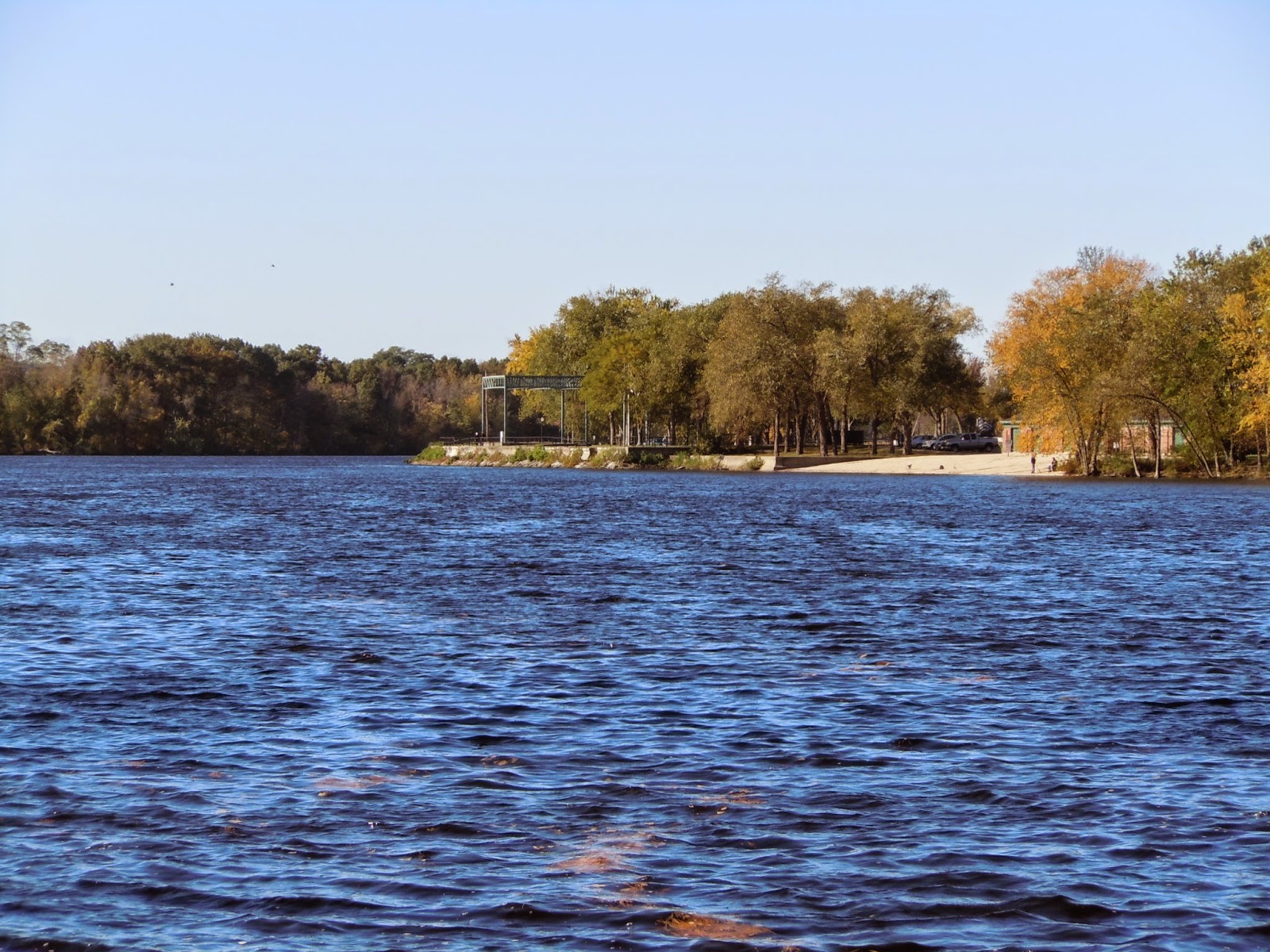 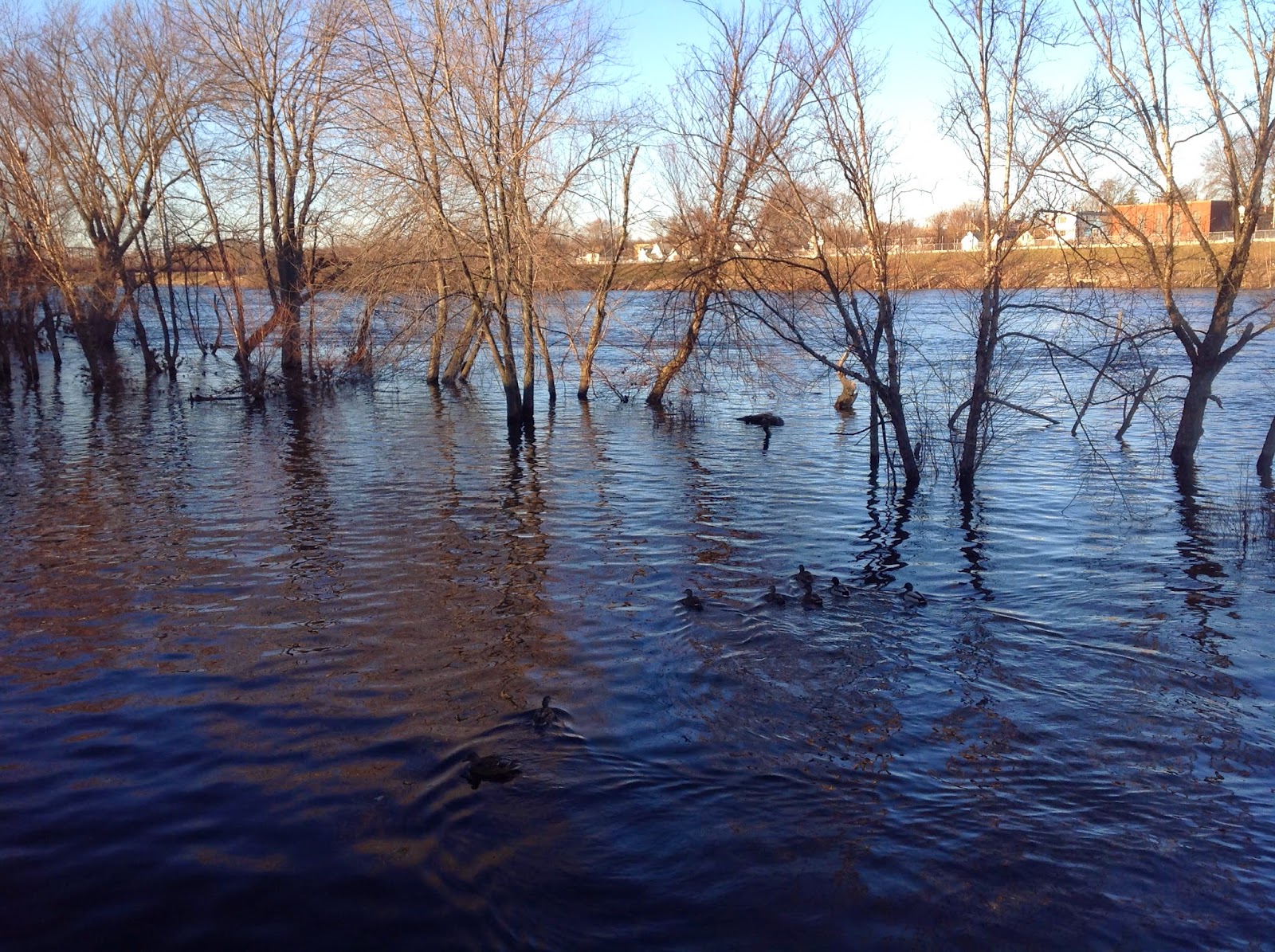 There is a man-made beach, a popular spot during the summer. The river can be very rough, high or smooth (above and below). 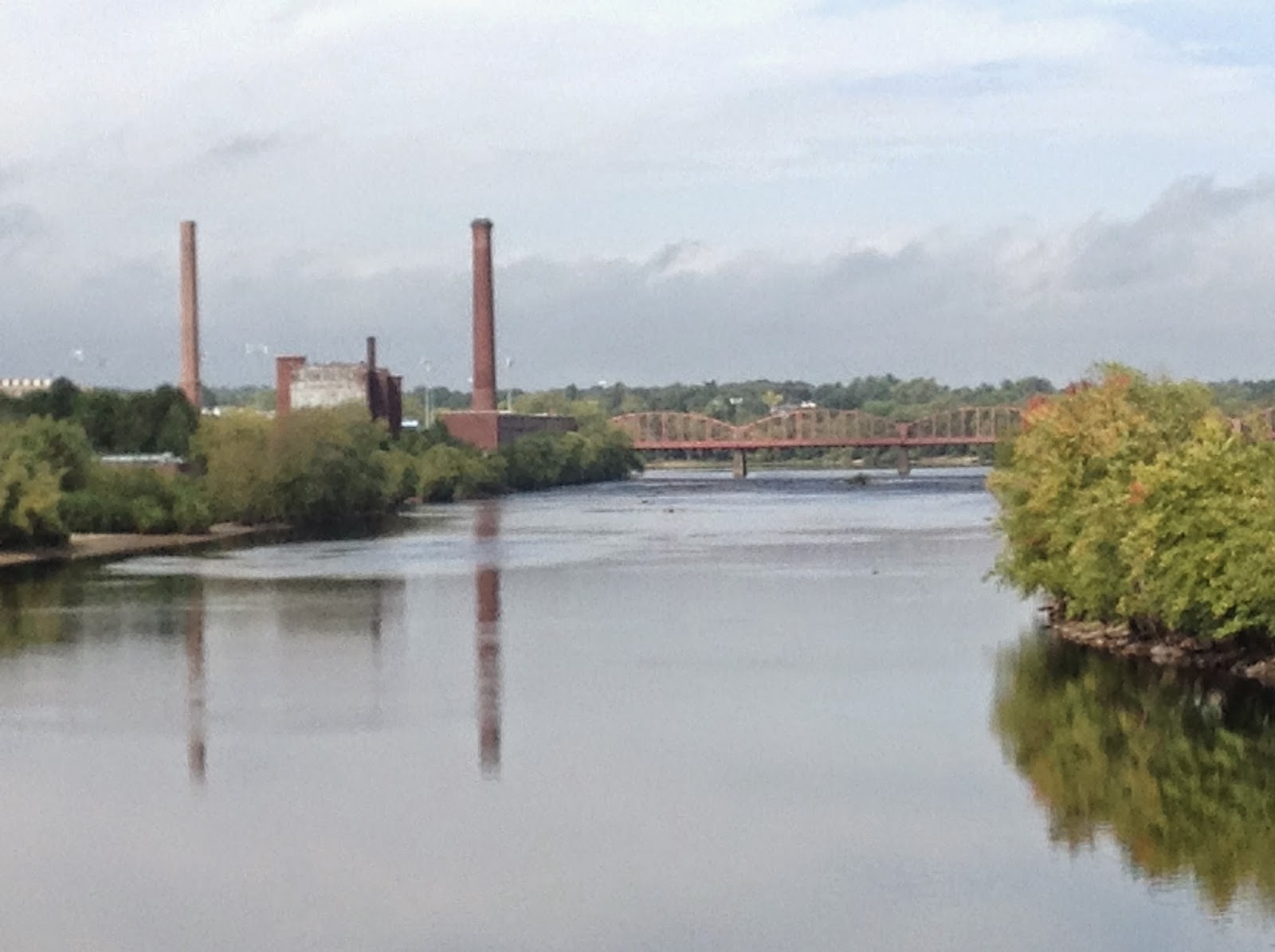 Six bridges cross the river, the city is on both sides. 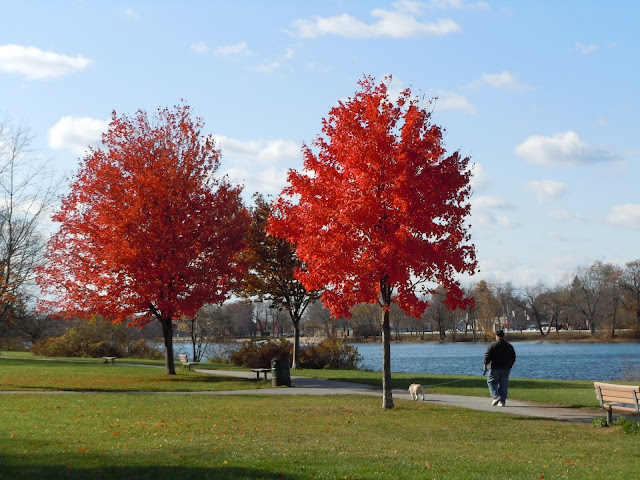 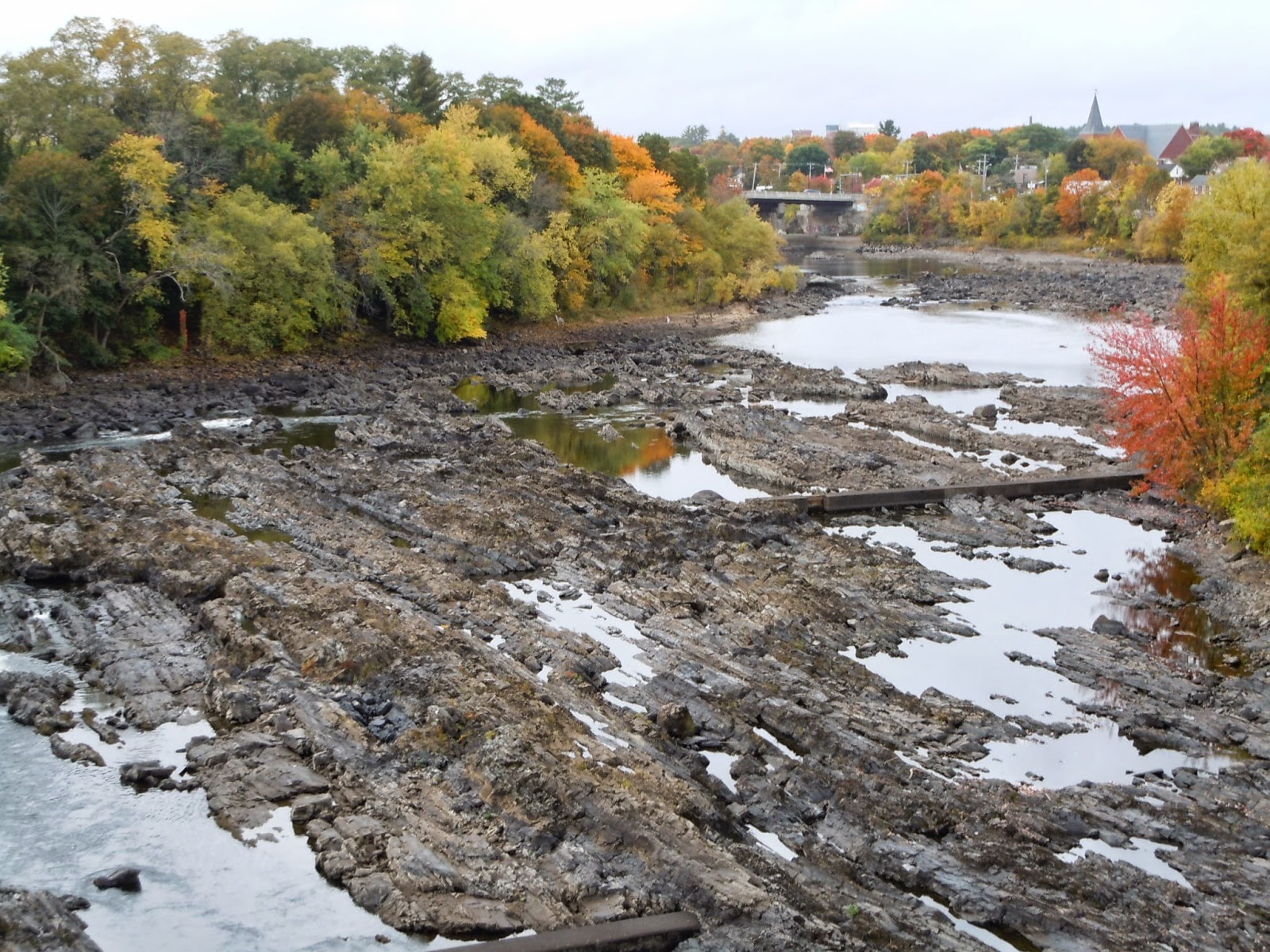 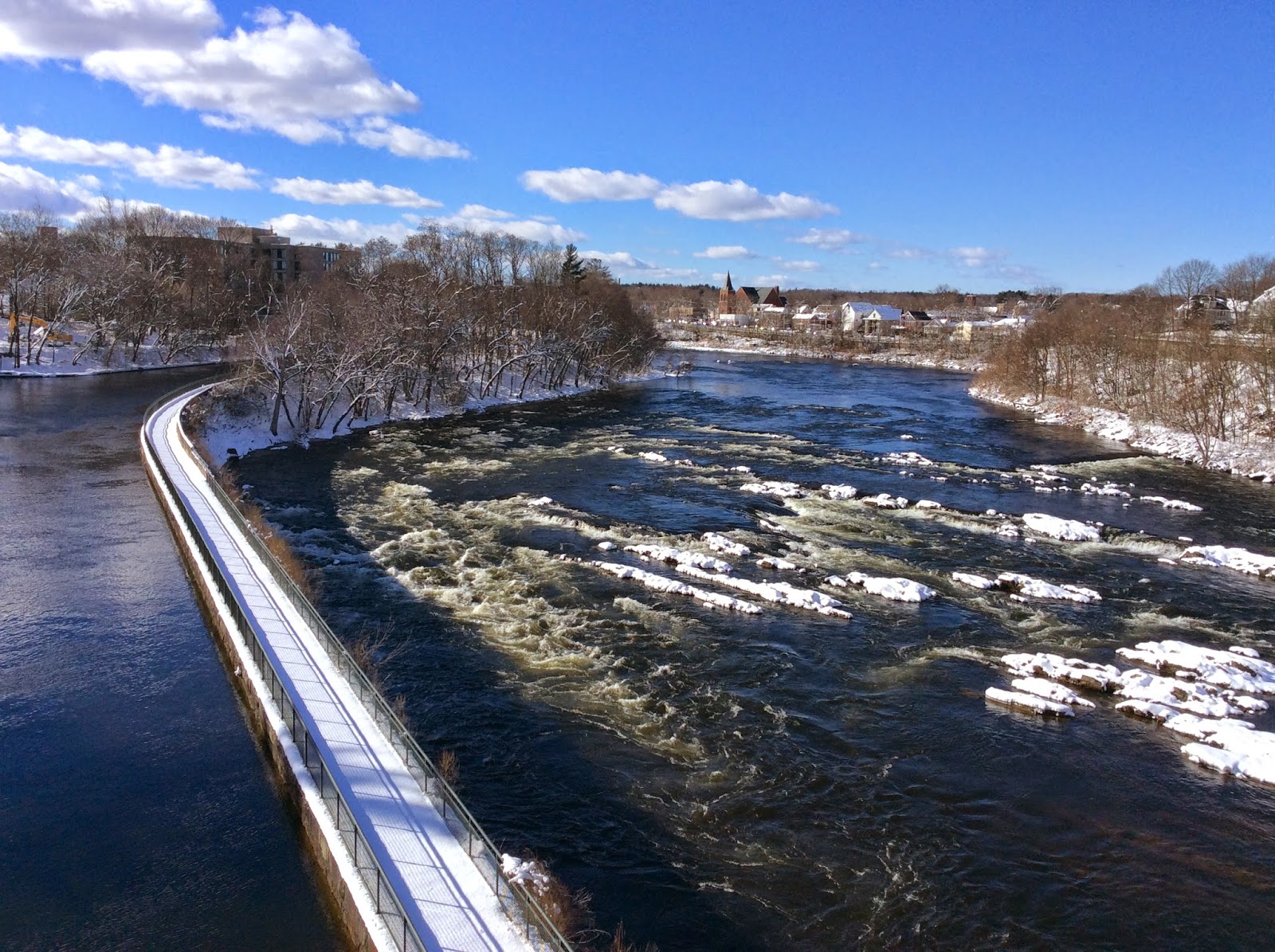 There are walk paths on both sides of the river, and even in the middle, as shown above (with man-made canal on left and river on right). 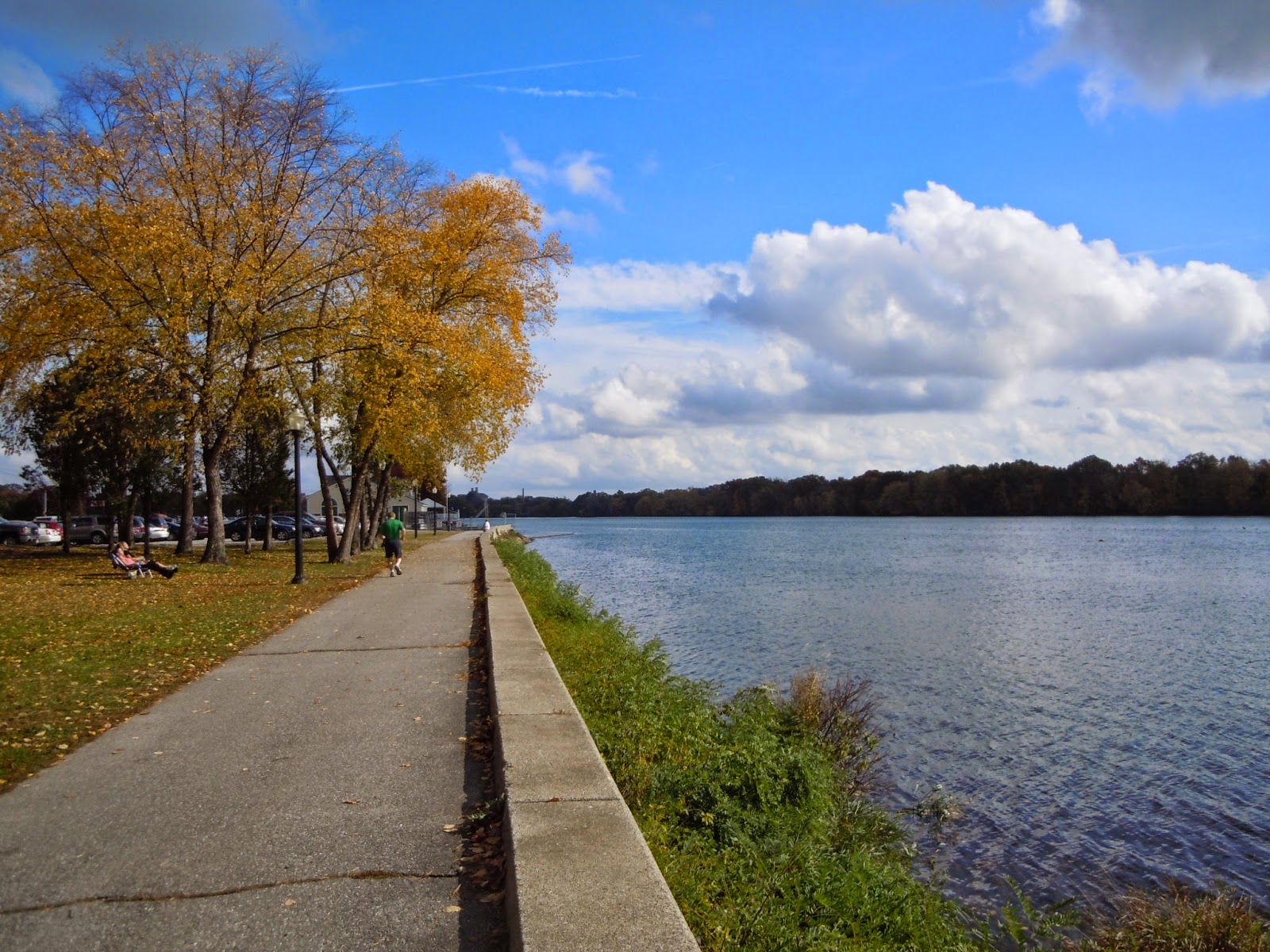 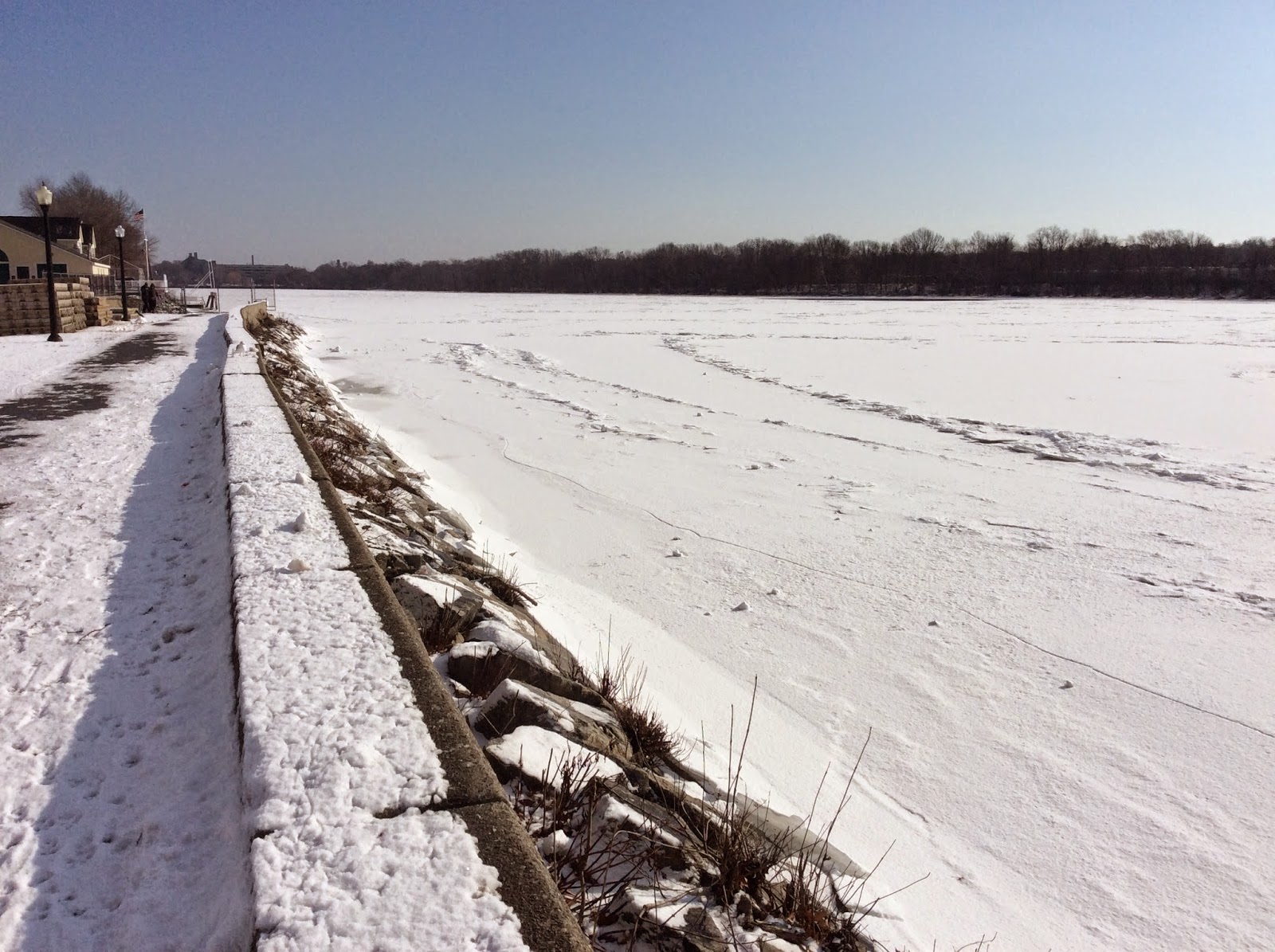 While looking up information about the river, I found a site, I wasn't aware of. It's the NOAA National Weather Advanced Hydrologic Prediction Service, they track the height of the river (see their colorful chart below on the left). 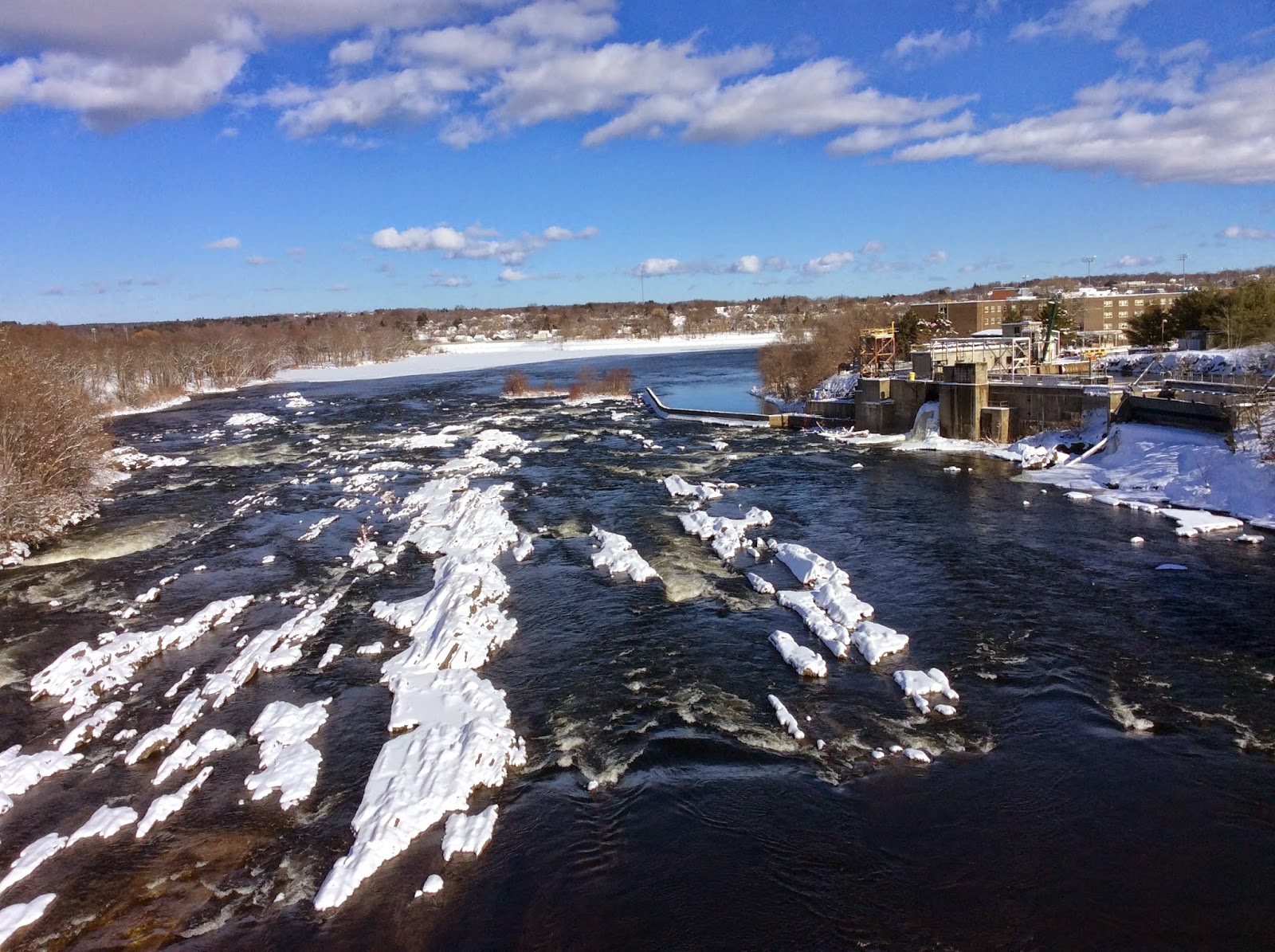 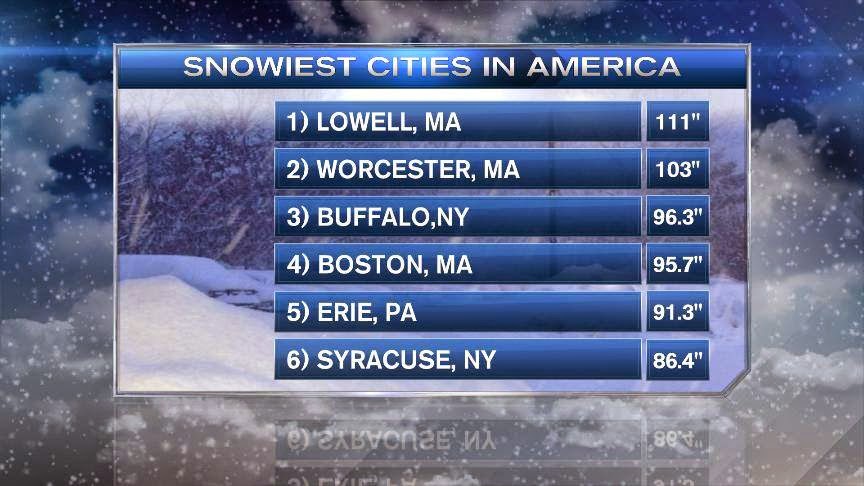