Did Somebody REALLY Cut out the Tombstone?

A recent cemetery trip to Lancaster, Massachusetts to find several direct ancestors proved quite interesting. One of the oldest stones there was for Thomas Wilder, my 9th great grandfather. Upon locating this stone, I noticed a small piece of paper stuck on it, then realized it was either glued or put in the hole. I removed it, and to my amazement, saw that a chiseled out block had been done, so the paper could fit. FindAGrave shows the damage, with the paper removed. 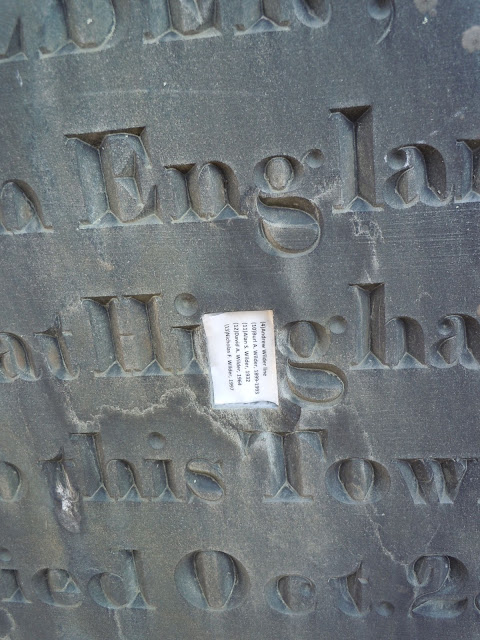 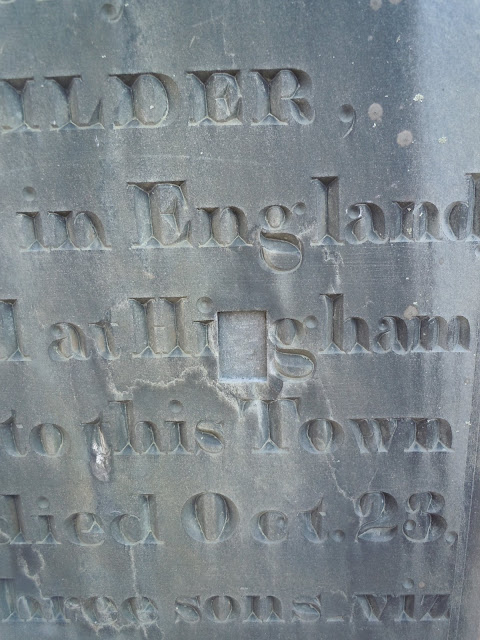 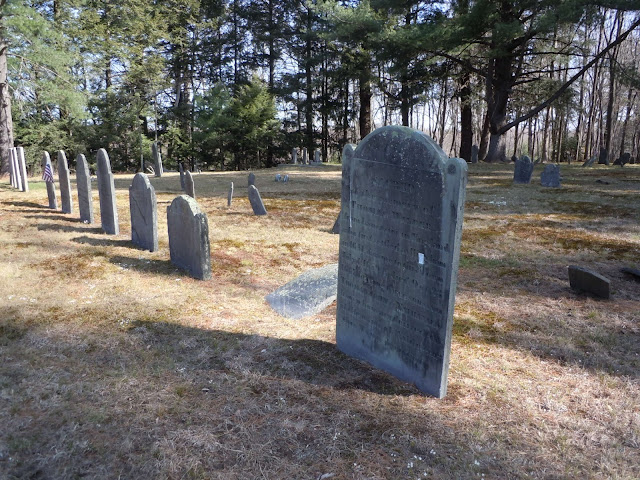 *** Now, it turns out some of the information on the above stone is incorrect! A person posted updated genealogical information and fortunately, I found the source. New information on the FAG site is: "New information, based on DNA testing, has indicated he was not related to Edward Wilder of Hingham, and is not of the Shiplake, Oxfordhire Wilder family. His origins are therefore unknown at present, including a supposed birth year of 1618. He may have been from the Lancaster area in England, but this has not been established with any degree of certainty. (See "American Ancestors"(NEHGS) Spring 2010 issue.) The reference to him living at Hingham on the latter day stone erected in the cemetery (see photo and inscription) is incorrect.


He was of Charlestown, MA, admitted as freeman in 1641, marrying there, and purchasing land in 1643.


He was living on 1 July 1659 at Lancaster, Worcester County, Massachusetts, when he signed the Town Orders. He left a will on 22 January 1666/67 at Lancaster, and he served on 3 February 1667 as Selectman of Lancaster. Thomas's estate was inventoried on 29 November 1667 at Lancaster, and his estate was probated there on 4 March 1667/68." I'd like to give credit to the person who wrote this, but I don't know who it was.
Labels: Cemetery, Location: Massachusetts, Surname: Wilder, Tombstone Tuesday
Email ThisBlogThis!Share to TwitterShare to FacebookShare to Pinterest