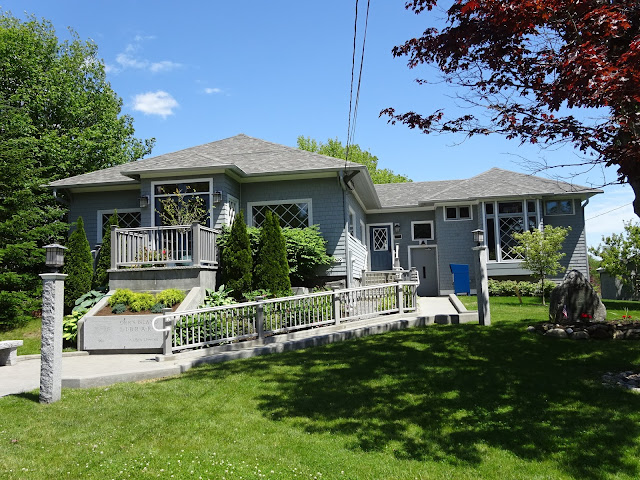 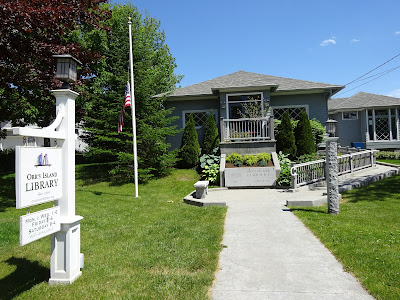 Two weeks ago, we were in Maine again and I was able to visit three of the nicest librarians and enjoyed my private tours. The first of this group was the Orr's Island Library, in Harpswell, Maine.

I must not be very observant, because I've been by this library at least 25 times. Thanks to road construction, on the narrow road, we drove at a snails pace, and I finally saw it. Within minutes, we took one of the two empty parking spaces. The small library has one librarian, but don't count that against the library, as she seems to have everything under control. It is open year-round, with a lot of community involvement. There is an annual book sale and fair, yard sale, patrons donate books, stuffed animals, paintings, boats, and other items. The library publishes a very nice quarterly 6-page color flyer called, The Dust Jacket, they have, reading programs and lectures. Last night the topic was, "Harriet Beecher Stow and her connection to Orr's Island." Harriet lived in Brunswick and I was pleased to see her old house renovation project completed (I've taken pictures of the process.) 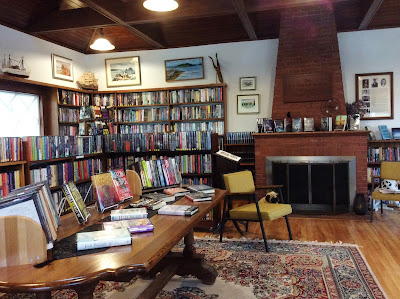 These six photos were taken in the original front room built 116 years ago, showing the old floor and ceiling. The homey room would be a nice place to linger in to read, chat or use their WiFi. 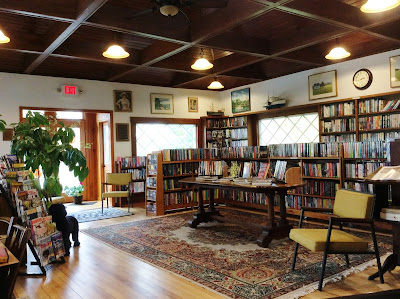 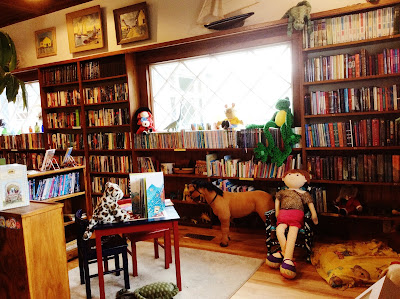 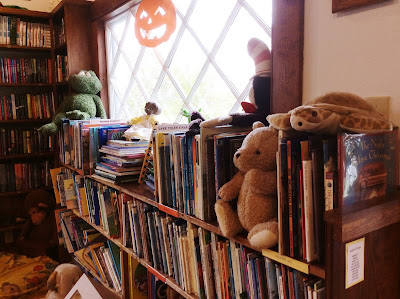 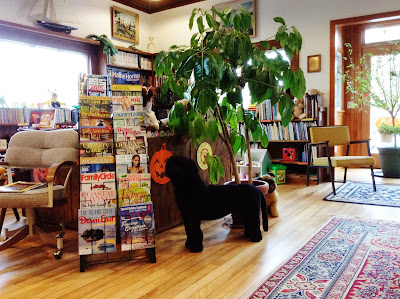 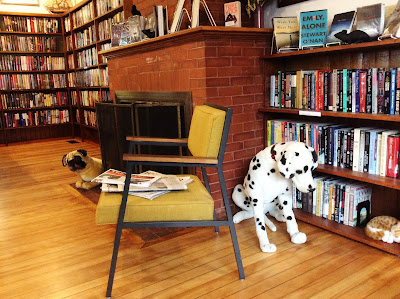 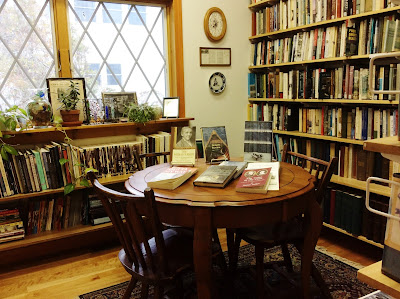 Robert York Maine History Room
The history and genealogy books are on these shelves, as are books about fishing and sailing. 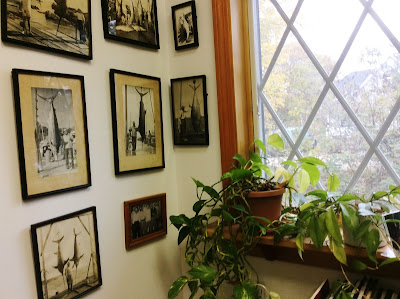 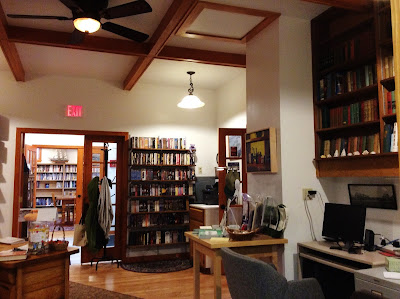 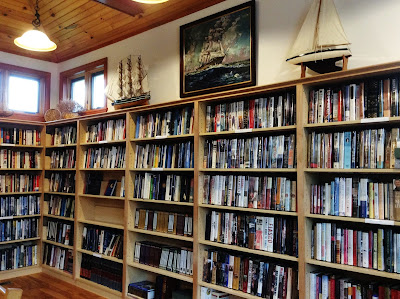 An addition to the right side of the building was completed in 2009 (photos above and below). The painting (below) was recently donated, and my husband absolutely loved it. I know it's hard to see the old bridge from this picture. 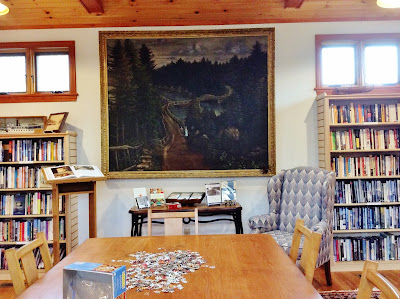 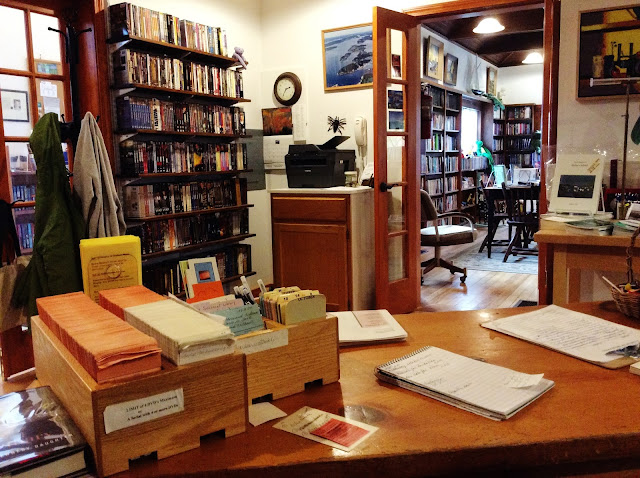 The librarian's desk, without a computer, but she does use library cards. Above, to the right, the photo shows the open door to the new addition built in 2009 (floor and ceiling match the original front room). Below shows the librarians desk again, the computer and desk with sign saying, "We now offer Ancestry Library" and entrance to the genealogy room. The Librarian does genealogy and we had a nice chat about that hobby. 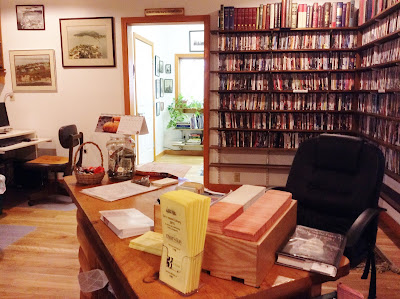 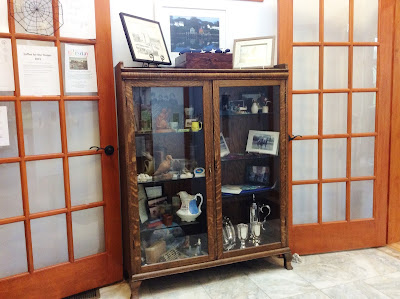 The cabinet greets you as you enter the Library.
Two war memorials are in front of the Library. 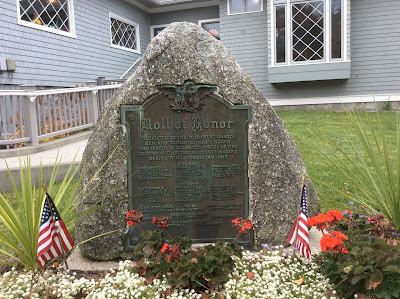 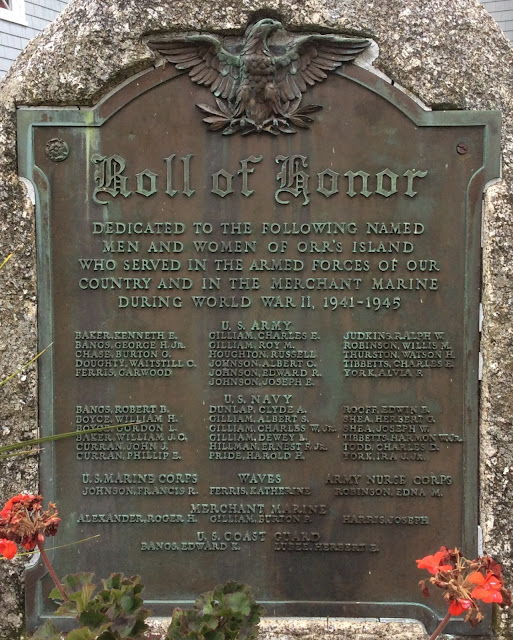 DEDICATED TO THE FOLLOWING NAMED
MEN AND WOMEN OF ORR'S ISLAND
WHO SERVED IN THE ARMED FORCES OF OUR
COUNTRY AND IN THE MERCHANT MARINE
DURING WORLD WAR II, 1941-1945 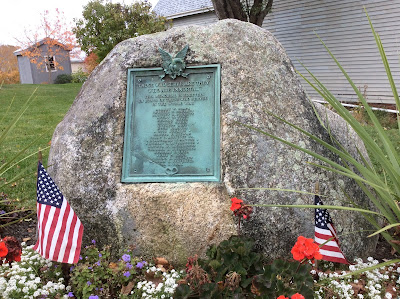 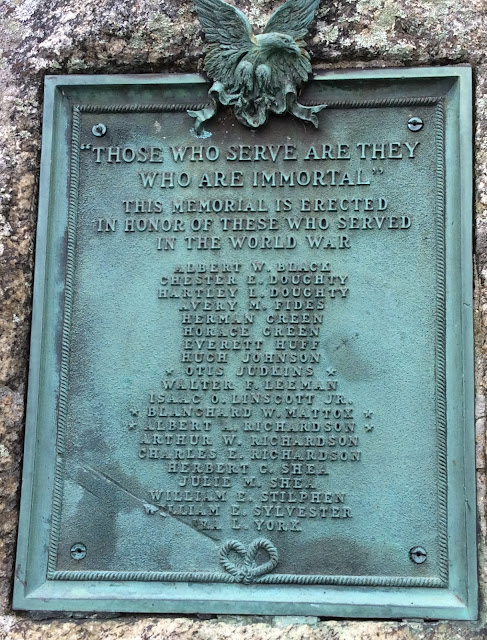 "THOSE WHO SERVE ARE THEY
WHO ARE IMMORTAL"