What is better, a photo or a xeroxed picture, then scanned?  For years I've been xeroxing articles and pictures from genealogy books and just saving them, especially if there were photos I wanted to save. Many years ago, I saved them in my genealogy software, Family Tree Maker, until it slowed down my program when I backed up. Recently, I came across some photos taken with an inexpensive digital camera I carry at all times. These were of the same as those I had xeroxed a year ago.


The thought went through my mind, which of the two is better? I'll leave it up to you to decide. But, without a doubt, the photo was cheaper, because the xerox at the New England Historic and Genealogical Library (NEHGS) costs 25 cents. I played it safe with the camera and took four shots, natural light. Another options to capture an image is the popular Flip-Pal, written about by Susan Peterson in her post Lost Lost Relatives (parts 1 and 2). Please see my Note below. 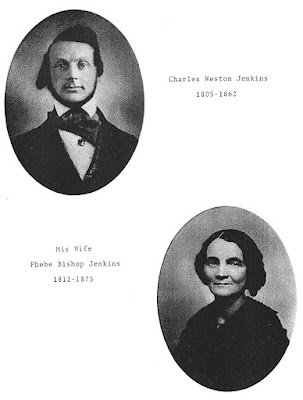 Above was xeroxed, then scanned. 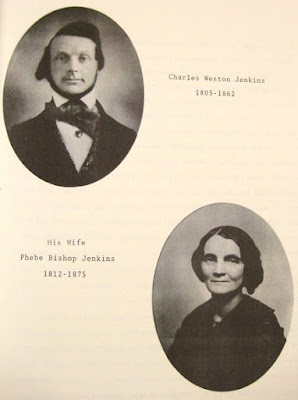 Above is the photo.


I think Phebe Bishop Jenkins and her husband, Charles Weston Jenkins look sharper in the photo.
Phebe was my 1st cousin 4 times removed.