I Spent the Day With Him 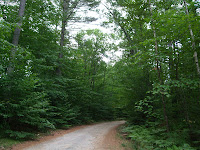 My uncle, William Scribner "Scrib" Fellows, has been dead 44 years, and I have thought of him many times. He was married to my mother's sister, and although I hardly saw his family because they lived in another state. His unique first name, Scribner was taken from his grandmother's surname.


At age 42 year old on April 18, 1966, while at work in the morning, he called my aunt to say he wasn't feeling well and that he was coming home. But, he never arrived. All day, my aunt was frantic, and that escalated in the evening, when a co-worker passed by a lake parking lot and spotted his car. Upon further investigation, it was discovered he had died at that spot.


A few days later, my aunt, the widow and her brother from Dallas picked me up and we traveled a couple hundred miles to Tilton, New Hampshire where he was buried in the family plot, next to his father and grandparents.  It was a cold, windy April day, it was a nice cemetery on a hill with great view. I recently went back, and when I did I couldn't find the plot. It was my husband who found the site last week.


I probably didn't meet Scrib until I was in 4th grade, but the memories are there. He was so friendly and really played with my younger cousins. I really liked him, and I think everybody did. My aunt wrote me after the funeral service saying she had over 400 notes to write.

More than anything, I remember how he loved the woods. So much so, that after his death, his mother purchased the naming rights to a New Hampshire State Forest. It is called, Scribner Fellows State Forest. My husband and I finally visited it, and I was filled with emotion, I was so proud. After the day in the forest and the cemetery, I used all my available resources to find more information about my uncle. From the below article, you can see what a remarkable person he was during his very short lifetime. The photo above was taken at the Forest, and much later in the day, we went to his cemetery where the below pictures were taken.


From Brown Alumni Monthly July 1966, page 123.  "William Scribner Fellows '49, in Middletown, Conn., April 18.  He was chief wood technologist with Stanley Works Laboratory. He began employment at Stanley Chemical Co., East Berlin, and was transferred to the corporate laboratory in 1961. In 1962, he was granted an educational leave of absence, receiving a Master's degree in Forestry from Yale University two years later. He returned to the Stanley Works laboratory as technologist in 1964. During World War II, he served as Cpl., USA Infantry Division. He was a member of the Forest Products Research Society, the American Forestry Association, Society of American Foresters, Society of Wood Science and Technology, and the New England Kiln Drying Association. He also was a former member of the Cromwell (Conn.) Board of Education. Barbara B. Fellows, Maple Share Rd., Middletown, is his widow." 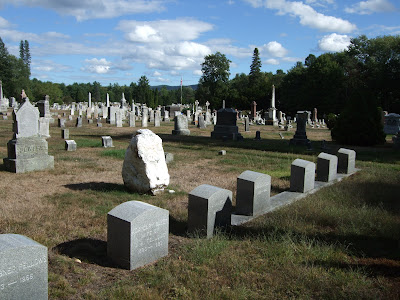 Because I have a long line of Fellows in my tree, I recently discovered that Scrib and I were 9th cousins, once removed as well as having the niece / uncle relationship.