The Book and the Old House, What A Find! 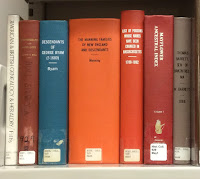 In April, I discovered two new lines, that of Stearns and Manning. While at the Chelmsford Library in Massachusetts, a big orange book looked down on me. It was called, "The Manning Families of New England." Was it worth a look, you bet. The book is like a family Bible with all kinds of sources and photos, including a ca 1901 picture of where several were buried, cemetery inscriptions, a full genealogy, plus family photos.

When I realized the family once lived just a few miles away, I drove over to check it out, although now a pub and restaurant (it isn't on a road I would normally travel). Several employees were outside, waiting for it to open to the public, told me that the Manning family was just there for their annual reunion. Goodness, I had to check into that bit of information, so I used Google quite a  bit that afternoon. That night, I took my husband to show him the house/restaurant, and I was thrilled to see the area lit up in lights. Below, are some photos taken that evening and a copy from the 1902 book. 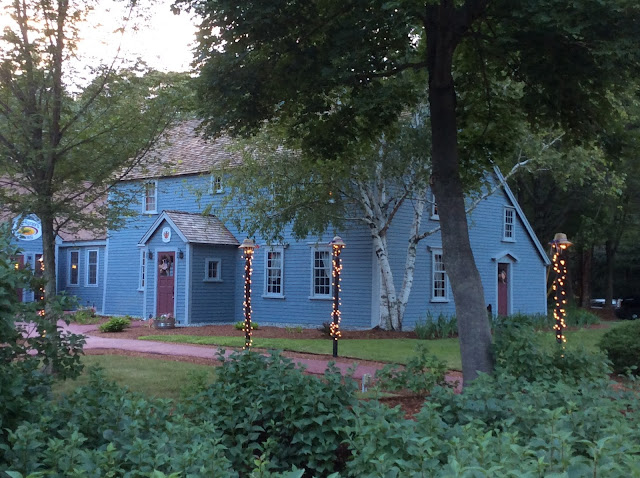 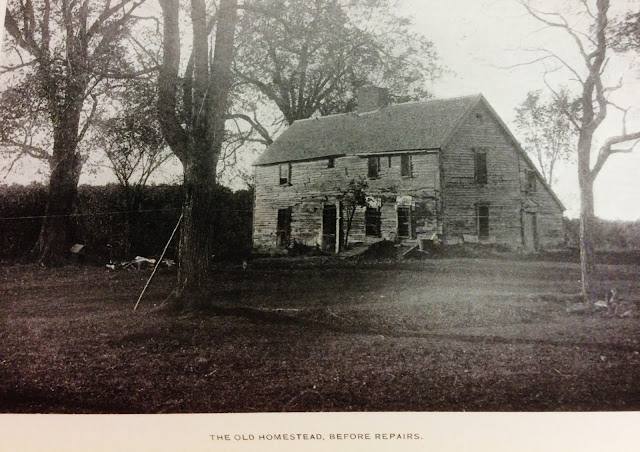 Above photo (page 63) taken ca 1902 of the Billerica, Massachusetts homestead, (originally built in ca 1696) just miles from where I live. 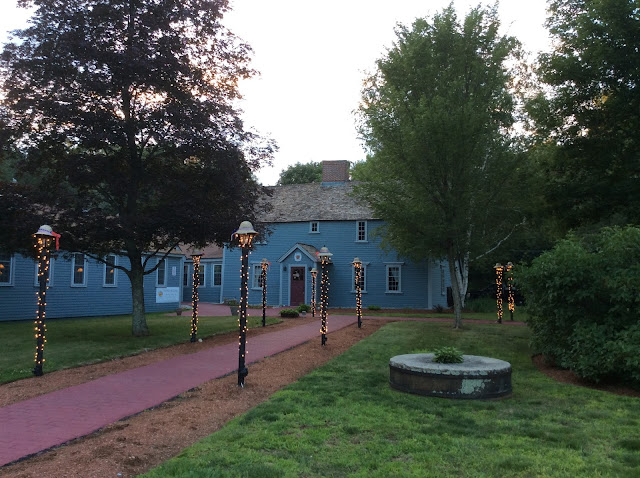 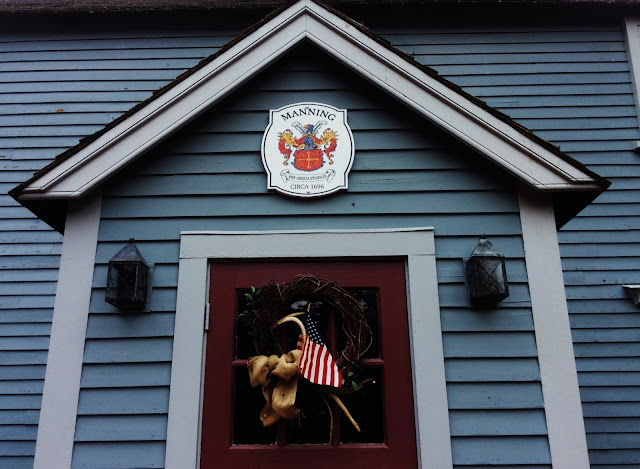 In the past, this house and addition were used for restaurants. One being the long standing, The Manning Manse. Other restaurants came and went. The current restaurant is Jon Ryan's Pub (and Restaurant). The Manning Association owns this property, see below about the Association. Samuel Manning, my 8th great granduncle was the owner and builder of the original house. The president of the Association helped me in finding somebody who could tell me exactly where Samuel was buried, and yes, I found the tombstone. Photos of his parents will be posted tomorrow.

This information was exciting to me because, although not directly related to Samuel, I can claim his father, William, as a direct ancestor. I first ate in this house/building many years ago, so  approximately 50 years later I am here again. My husband and I ate in the restaurant section recently (both pub and restaurant had been updated). The waitress was a delight, and I told her of my relationship to the family. I couldn't tell if this  20 yr. old knew what I was talking about, because, after all, it was genealogy chatter. Minutes later she asked if I wanted to see the old rooms! What old rooms, I had no idea. Of course I did, silly question. Below is a combination of those taken at night, and the ones that I took a week later in the daylight. The owner's son brought me in and let me roam, and ask questions...I had a good 10 minutes there. There are four rooms, but I'm just showing three, because the 4th was set up for a future buffet. They rent out these rooms, I was informed. Three lovely period rooms. 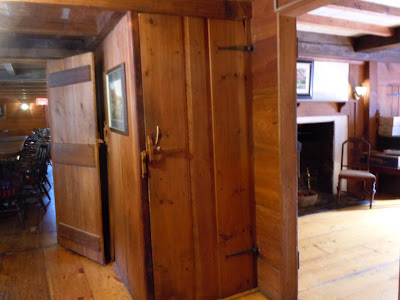 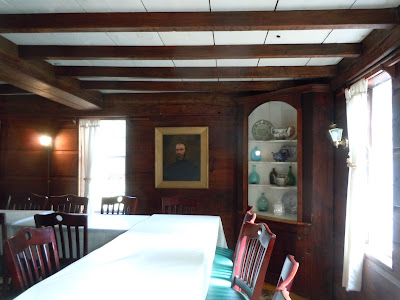 Above shows half of the table. 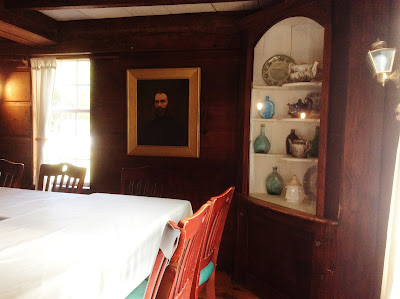 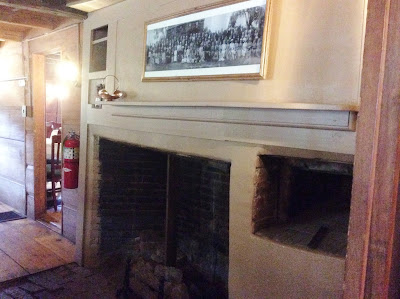 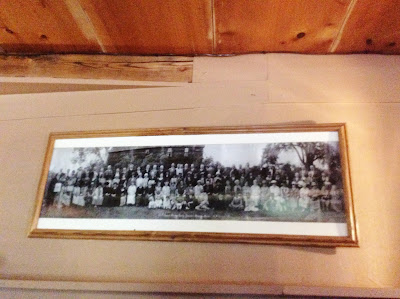 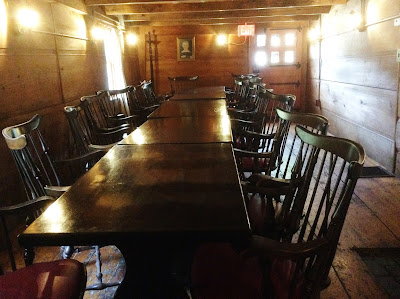 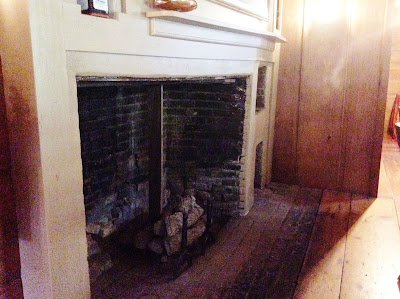 Above and two photos below show the three fireplaces. 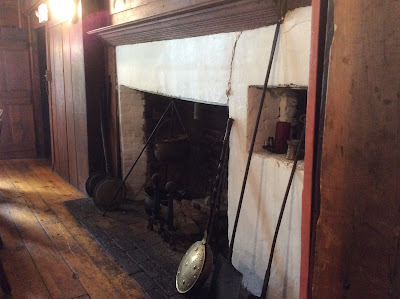 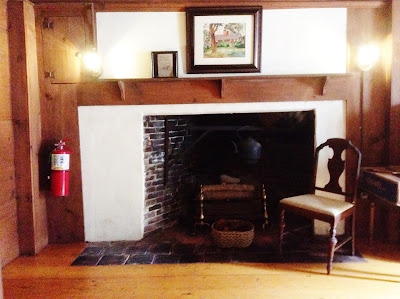 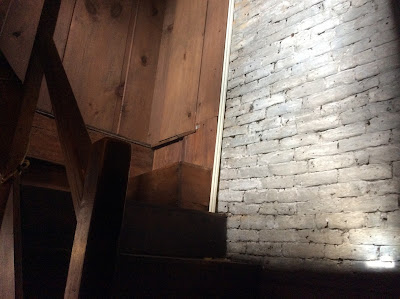 The stairs to the second floor, closed off...how I wanted to go up. 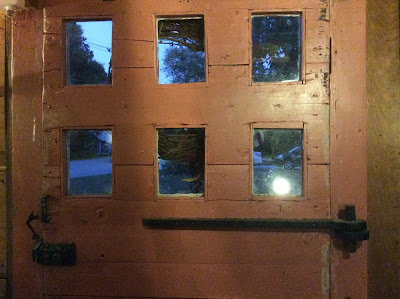 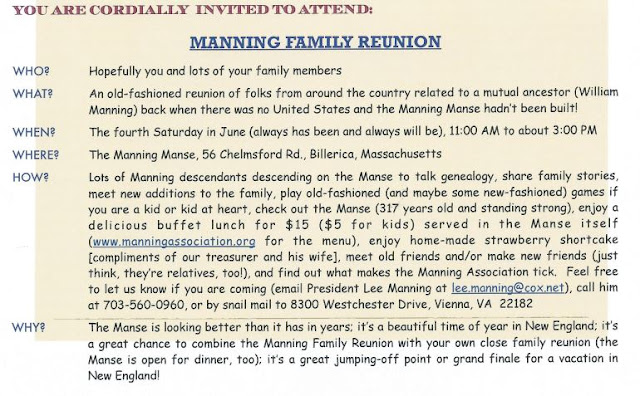 Link to the Manning Association, for information, history and photos.