There Is A Lot to Like About Lowell -- Father John's Medicine Co., Inc. 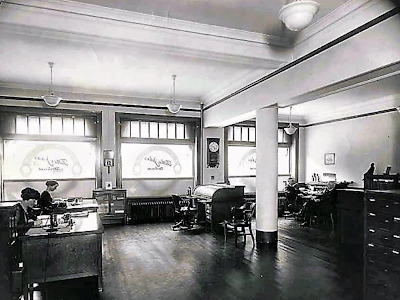 The photo above was taken sometime in 1922, about 40 years before I began my job there. In 1962, the area above looked quite different. There was a private room (for the president) on the right, with a wall between the wall clock and beyond the post, the wall continued to the wall shown. A door was installed. From the new wall on the right, a new oak railing went right to left (to behind the lady in the foreground). This area is where the vice president and treasurer sat, and I was several feet away. My desk is shown below. So when I typed, I would face the front of the building and my bosses.
My desk, shown above, was on the first floor. 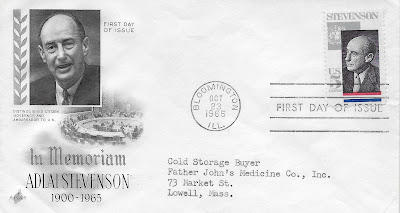 One of my duties was to open all mail. I decided to keep this envelope from 1965 because I was a stamp collector. 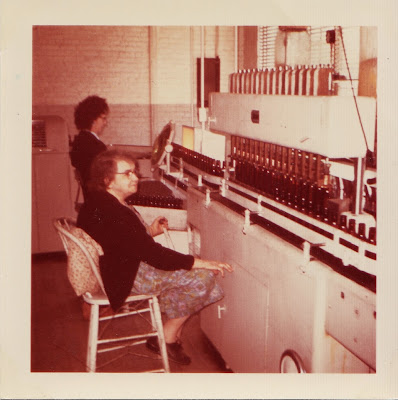 The company was sold in 1977 and is now used for senior housing.

Back alley, where the trains would pull up to unload boxes, bottles and other materials used for manufacturing. The tracks have been removed, and there is now an entrance to a new small park.

Over the years, I've come to realize how lucky I was to have had certain jobs, including this one. Of course at the time, I probably didn't think so.  Imagine these days, going to a building, ringing a doorbell, and asking for a job.

That is what I did, one cold October Friday afternoon.  The vice-president met with me and gave me an interview, of sorts, no resume or anything.  I was right out of high school. Then his father spoke with me, elderly president and vice-president.  I began work the following Monday learning the job from Bessie Wallach who had given her notice hours earlier.  That would rarely happen these days.  No references, no experience, nothing. And, I stayed over 10 years!

Father John's Medicine Company was in a huge building, with very few employees.  The office where I worked as a secretary had two much older, single women, the president, vice-president and secretary/ treasurer (father and two sons).  Every day for all those years, the job was pretty much the same. It was like working in a museum, my 1943 manual typewriter was my pride and joy. I used carbon paper and learned to type perfectly very quickly.  Each day, after lunch, my boss, the vp, dictated letters to me, which I really enjoyed (I took shorthand in school).  Before I forget, this medicine company was established in 1855 and since the cough medicine was made in the building, I could smell the ingredients, such as cod liver oil, all the time.  You got used to it.

It was the kind of job where there was a lot of flexibility and tons of fun.  I met and dated two guys who worked there, one I am now married to. Yes, it was fun. It was also the kind of job which was impossible to leave.  My regular hours were 8:30 to 4:30 with an hour for lunch.  In the summer it was 9-4, hour for lunch. Same pay, so I could never leave in the summer since I was only working 30 hours a week. Every Christmas, we received a week's pay as a bonus and received time off for Christmas shopping.  Every July we received a special bonus, depending on sales, it was usually three week's pay. I was happily stuck there, the benefits were too good, we even had free health insurance. However, I did finally leave after ten years.

On March 15, 1995, we attended an exhibit of Father John's Medicine memorabilia. It was sponsored by The Archives of St. Patrick Parish between March - April 1995. Below is a large flyer for that event. 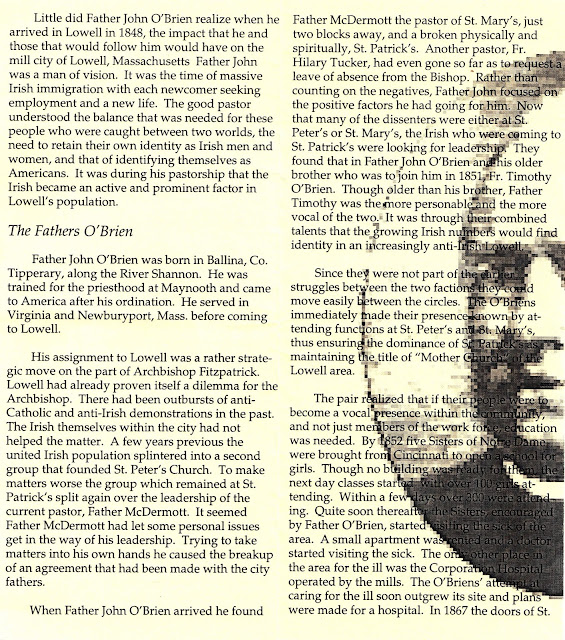 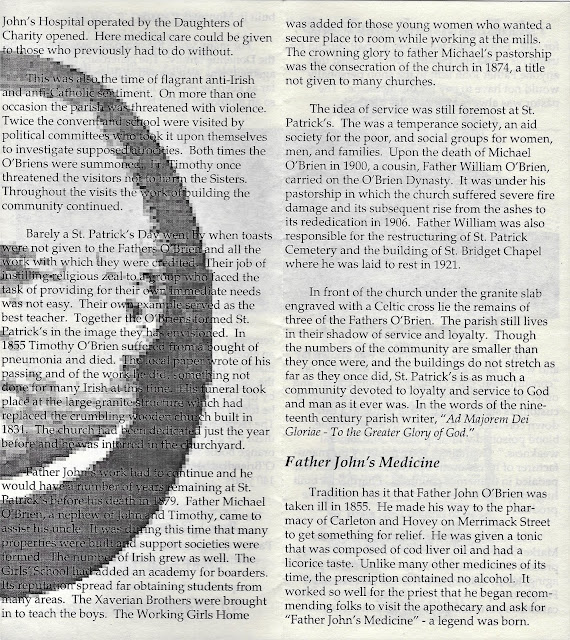 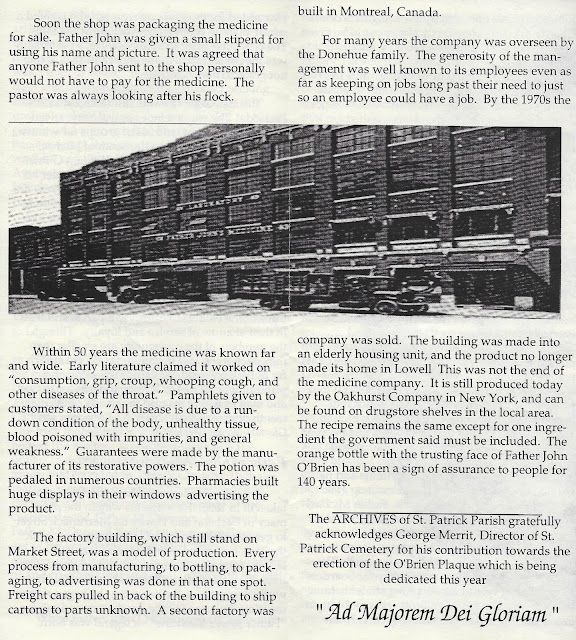 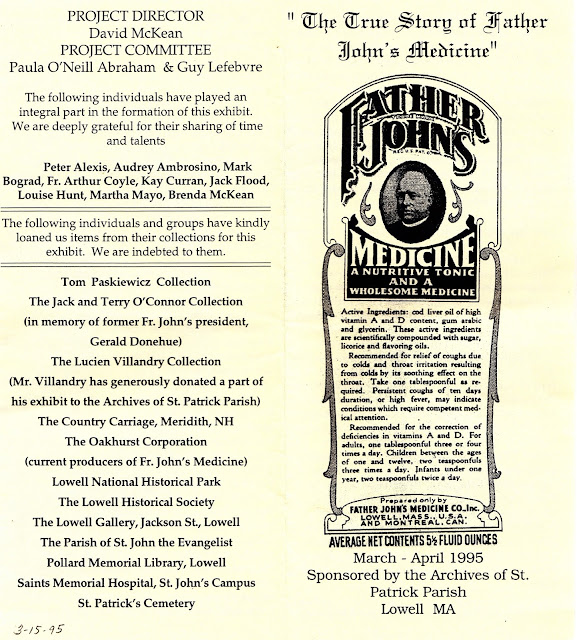