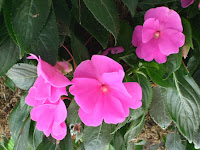 After three hours of looking through microfilm at the New England Historic and Genealogical Society’s Library (NEHGS) in Boston, I was getting pretty tired. In addition, I wondered about the man who was sitting next to me, who was also doing the same thing. There we were for all those hours, getting up to get a new reel, making copies, putting it back to get another one. Finally, I decided to start a simple light conversation. Something like, “what are you working on?” You know the answer, don’t you? Turns out, we were both working on Canadian censuses, for the exact same location…and the same family! We might have been looking for other names as well, but we were both looking for Westover names. Yes, the exact same surname as Gail (from yesterday's blog) and I have. My new found cousin, Jim and I couldn’t believe our luck, and I couldn’t wait to call Gail to share the news.

Unfortunately, Jim lives in New York City, and he was leaving in a few days. He took a temporary court stenographer’s position in Boston, so he could use the library for his Canadian research. We of course shared much information after he returned home. On two trips to NYC, before September 11, 2001, my husband and I met Jim at the New York Public Library for quick visits. He obtained some legal documents through the Missisquoi Historical Society in E. Stanbridge, Quebec, typed them up, and sent me a copy.

These encounters had surprising results, but to have two, with the same surname is pretty much unbelievable, I think. But they are both true, and that is why these blogs on Conversation were the very first I was going to blog about.


In the past, when I attended conventions, I always had my major surnames printed on the back of my business cards to hand out. Doing that simple step might help make a connection. Although, I think most people at conventions aren’t really looking to find cousins (that is what the internet is for), but it could work, either with the cards, or with chatting with the person next to you.  Part 3 of Conversation has to do with writing to an author.
Labels: Location: Eastern Townships Canada, Location: Missisquoi Co. Canada, Location: Quebec Canada, NEHGS, Research Tips
Email ThisBlogThis!Share to TwitterShare to FacebookShare to Pinterest