Finally, What Was the Good Stuff in The Probate?


A Bill of Appraisement of the Estate of William F. Poole, late of the County of Cook and State of Illinois, deceased was finally signed on 25 March 1895, a year after his death. The Will and Probate as well as the "The Longest Obituary I've Ever Seen" were discussed in previous posts, but I just have to share this with all the librarians who may have learned about him. Yes, he had assets, quite a lot in my opinion, but that isn't what interested me. I wanted to know if the Librarian of the Newberry Library in Chicago, Illinois had any books.

He sure did, 2,600 books, all valued at $1. That portion of his estate was worth $2,600. Why did he have so many books, did they belong to the library or were they actually his? And if they were his, was he going to give them away or donate to the Library. If they were his own, I wonder why didn't he just use the ones at the library and save his money.

Below are copies of the Bill of Appraisement, Agreement with Houghton, Mifflin and Co., and Appraisers' Estimate of the Value of Property Allowed to the Widow. 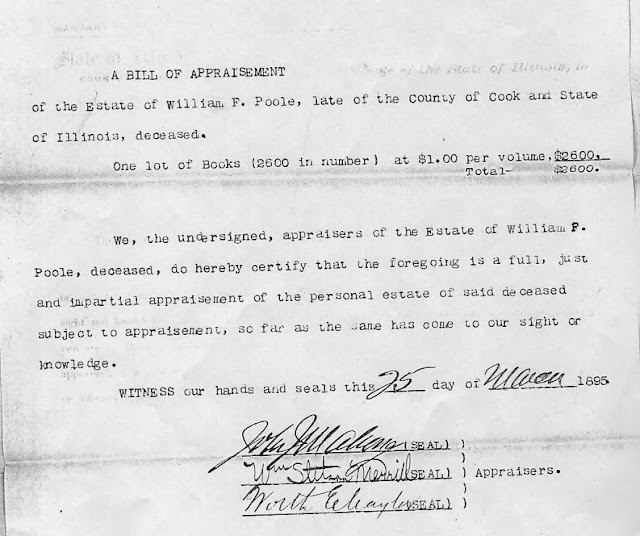 A BILL OF APPRAISEMENT 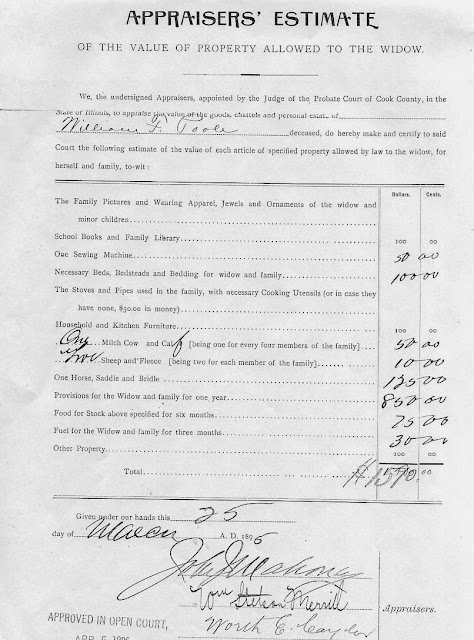