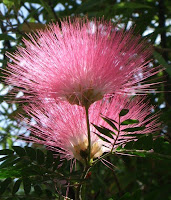 First, I would like to thank several people who chose me to either receive an Award or Follow Me during the month of August. Please take a peek at their blogs, as they are all good writers and have a lot to share.
Susan Peterson of Long Lost Relatives (LongLostRelatives.net) surprised me with the Genea-Angel Award. Please read about it at the above site, as well as her many in-depth articles. Susan is a blogger for all to follow, and was just chosen by Tom MacEntee of Destination: Austin Family, just this past Friday, to be his selection for Follow Friday.  Thank you Susan.  In addition, she and I learned that we shared the same birthday date last week, so the Award made the day extra special.
Three people chose my blog for their Follow Friday, weekly selection.  Dr. Bill Smith  of  Dr. Bill Tells Ancestor Stories chose my piece about My New Way of Doing Research.
John Newmark of Transylvanian Dutch chose my blog How Can Three Death Records Be Wrong?
Frances aka Hummer of Branching Out Through The Years named her Follow Friday, Follow Friday Inspirations, and listed three people, because we all share our love of plants, flowers and wildlife.  I am happy to share it with Carol at Reflections from the Fence and her Reflection's Flora and Fauna and Linda at Flipside.
I met Jan, at the New England Historic and Genealogical Library (NEHGS), and we struck up a nice conversation. She had just attended the 35th annual Strong Family Reunion in Sturbridge, Massachusetts.  Nothing unusual about that except for the fact, this line is one of the most well-known in Connecticut and Massachusetts.  I had just posted his cemetery memorial the day before, and I know fellow genea-bloggers, T.K. and Becky are also related to Elder John Strong.
So, imagine my surprise when my new cousin Jan told me that only about 40 people attended! Are reunions going out of style?  It was held in my own state, and I hadn't heard about it, but then I am not a member of the Strong Family Association either.  But, I wouldn't have wanted to travel across the country to attend it with just 40 people there, but kudos to Jan who went alone from California.
Three unusual surprises this month happened. The first was, I received a call from my second cousin from Canada.  We never met, but I was aware of her.  Her grandmother and mine were sisters. I really think this good karma came to me because of the posting I did of my grandmother and me in the kitchen about a month ago.  The best thing is, she is now into genealogy, so we exchanged information, some photos, another phone conversation and I gave her a list a mile long of things for her to do, since she lives near where my ancestors lived for four generations in Missisquoi County, Quebec.
My distant cousin, Joyce, called from Michigan to tell me about a family reunion being held on August 27th. Joyce then sent me the invitation.  After the reunion, I received through Google Alerts, a large article about the Historic Family Farm being in the family for 100 years!  This is the same family having the reunion.  The current owner is my 6th cousin.
The third just happened this week, when Linda wrote me for information via Ancestry.com.  Turns out, she lives in my city! We've shared a bit of information, but there will be much more, when I get more time.
Labels: Looking Back
Email ThisBlogThis!Share to TwitterShare to FacebookShare to Pinterest 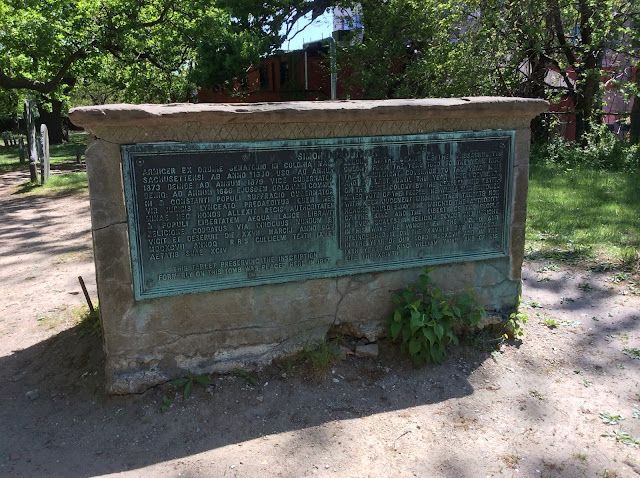 He was my 8th great-grandfather. 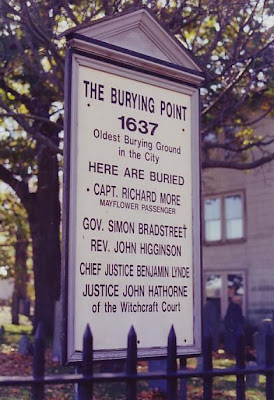 Google and the Movies 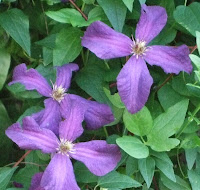 We all Google different names; our name, our friends, our enemies and our ancestors.  Along with Google, I am an avid movie fan, and try to imagine my surprise when I Googled two of my distant relatives and saw that movies had recently been made, both shown last year, one on television and one in the theater.


The first was about Georgia O'Keeffe. The movie was made about her life, and it was appropriately titled, "Georgia O'Keeffe" and aired on the Lifetime channel.  I never knew that, until the Google search.  Fortunately for me, I was able to rent the movie from Redbox for $1 and watch the wonderful cast of Joan Allen, Ed Begley Jr., Jeremy Irons and Tyne Daly. The story covered her life, centering on her relationship with her husband. The only genealogy information I gleaned from the movie was how her mother died.  What a thrill to see a movie about my 4th cousin once removed.  A short movie trailer on the movie is on YouTube. I wrote about Georgia in January 2010.

The second name I discovered a movie connection to was, John Anderson Adams, my great-granduncle.  John was originally from Michigan and moved to Beeville, Bee Co., Texas.  In this case, I just googled his name, and up popped a movie called, "Extract" which was released the first week of September 2009,  and it is based a little on his life.  In order to view the movie, I had to obtain it from my local library for free.  I was impressed with the cast of Jason Bateman, Ben Affleck, J.K. Simmons, Gene Simmons and several others.  It was a comedy, and I'll leave the reviews to the professional critics, and public.  The Adams Extract Company issued a press release at the time the movie opened. Below is part of that release.


"Adams Extract traces it beginnings back to 1888 when John Anderson Adams sold extracts in the harsh Michigan climate. In 1905 he moved his family to Texas. At the time, most vanilla was sold to pharmacies and was often labeled “Do not bake or freeze.” John A. Adams, a pharmacist whose imagination was stirred by his wife’s yearning for a flavoring that wouldn’t bake or freeze out, announced that he could produce a better vanilla than the one his wife was currently using. Working with just $6.71 worth of materials on top of an old icebox, Adams discovered the formula he wanted. To test this product, his wife whipped up a cake for the family to try. “John, this is the BEST flavoring I have ever used,” she announced. “Well, that’s old man Adams BEST,” he responded. The name stuck. The double-strength extract was sold door-to-door by sons Fred and Don."


Several years ago, I learned of the Adams vanilla history and a lot about John, but this year, something new was added to Google, that being the movie.  It pays to keep checking or, doing a Google Alert.  Speaking of the Alerts, when that option first became available, I did about ten Alerts.  I've cut three, so still use the same seven for several years now.


John Anderson Adams was the brother of Yates Adams, my great-grandfather.  I've written about Yates and his either Suicide or Murder in 1917.  I've often wondered why Yates didn't move to Texas and work with his brother in his successful business of manufacturing Vanilla Extract.
Labels: Movies, Surname: Adams, Surname: Ten Eyck
Email ThisBlogThis!Share to TwitterShare to FacebookShare to Pinterest My father, as a freshman, on his way to Union College, Schenectady, New York.
1938 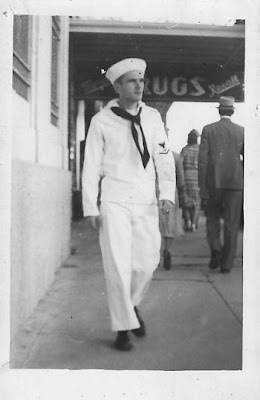 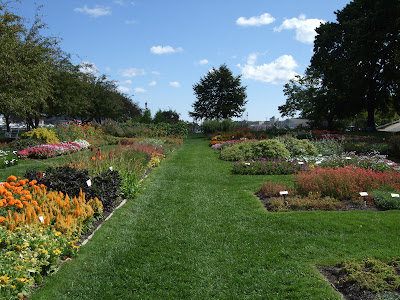 
From the above website, "Prescott Park was created and has been maintained by the terms of the last will and testament of Josie F. Prescott, a life long resident of the City of Portsmouth. It was her wish that a public park, free and accessible to all, be established along the Portsmouth waterfront replacing what had become a run down industrial area of Portsmouth.

The land to be acquired was designated to be along the Piscataqua River between lower State Street and Pickering Street. Once acquired the land was to be given to the City for the use as a public park." 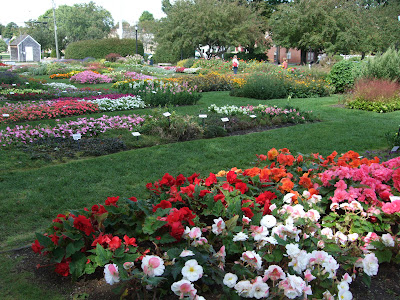 I love this garden, because it's beautifully maintained, is next to the Piscataqua River and feet from the Strawberry Banke Museum (see my blog with photos). 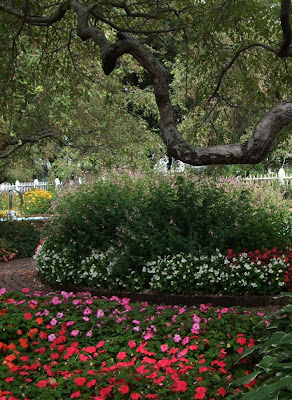 Unfortunately, I can't share more photos of the garden or the waterfront, because they were on another server and were deleted. Below is a map, showing the size and location. 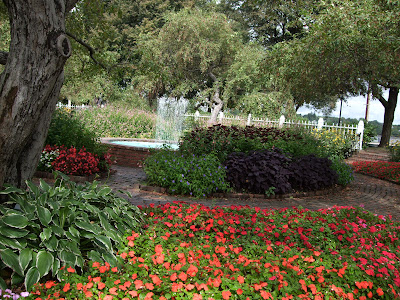 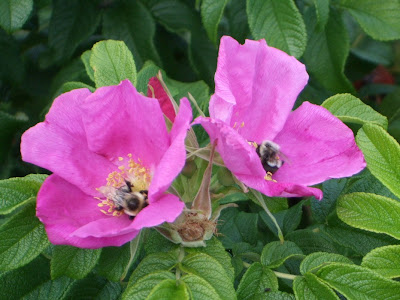 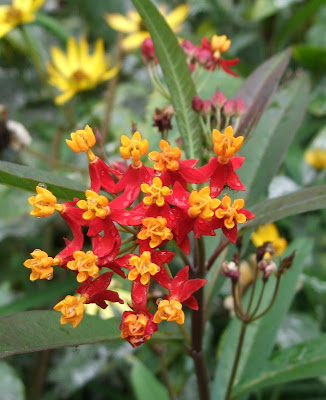 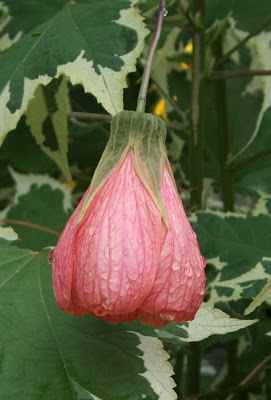 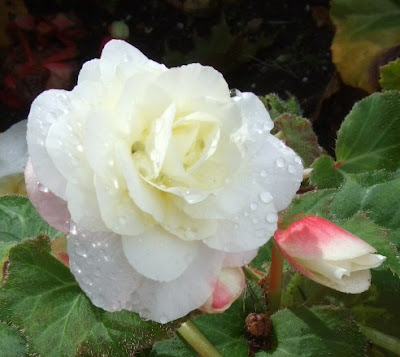 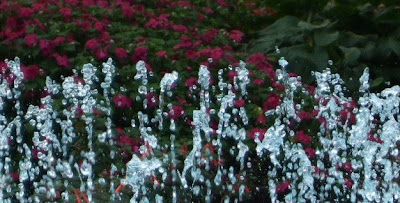 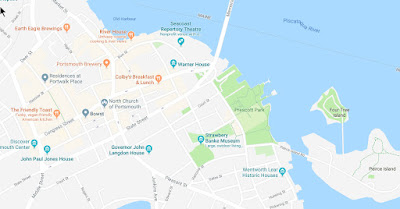