On His Birthday, I remember John F. Kennedy 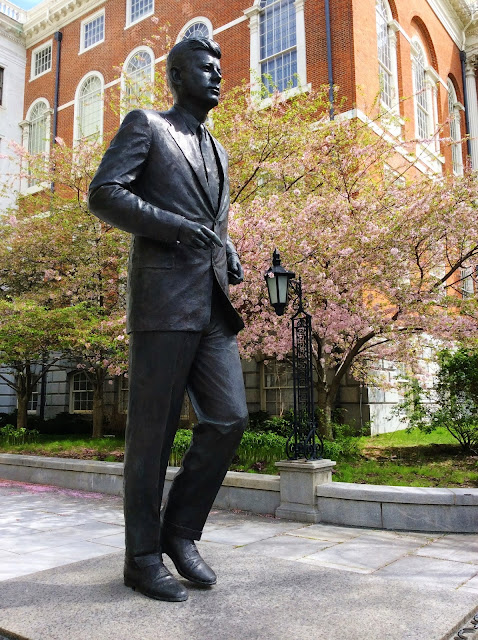 Earlier this month, I read that the memorial statue of John F. Kennedy would once again be open to the public. Apparently, it was off limits right after 9/11/01, but now it may be seen by all. Since I wasn't aware of the statue in the first place, I made it a priority to see  it quickly...before the tourists hit town. I was rather lucky, even though there were several school groups, I remained patient and they soon moved on.

I have since learned that the public will be able to view the statue of the former U.S. president seasonally, from April to October, starting at 9:30 a.m. and ending at 4:30 p.m., from Monday through Friday.


If you face the State House, the statue is to your left.

In the below photo, I was behind the statue facing the Boston Common. 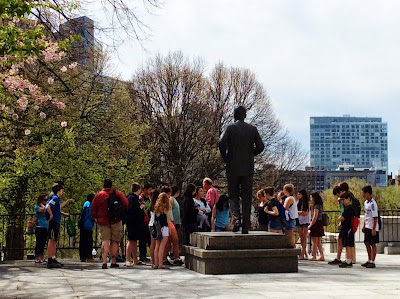 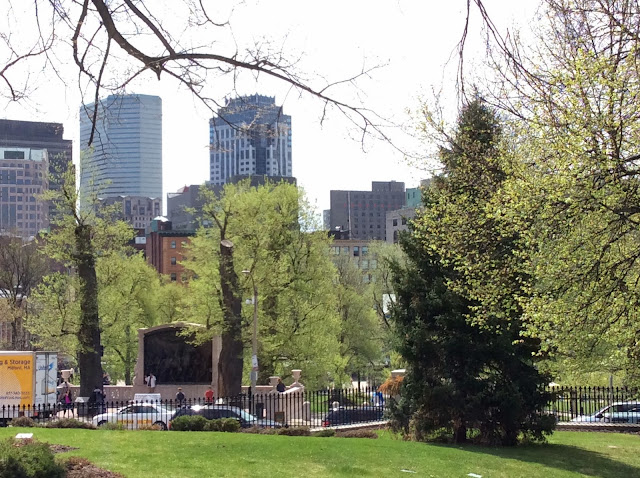 The view of the Shaw Memorial and the Boston Common as I stood by the memorial.
My post, "The Patriot and the Sculpturer, Both are Well-known. One Didn't Come Back" is about the Shaw Memorial. Yesterday was the anniversary for Robert Gould Shaw and his troop. The memorial scene depicts the 54th Regiment marching down Beacon Street on May 28, 1863 as they left Boston to head south. 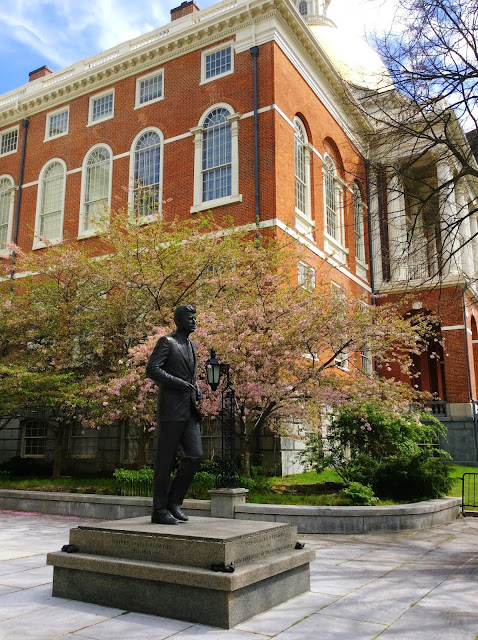