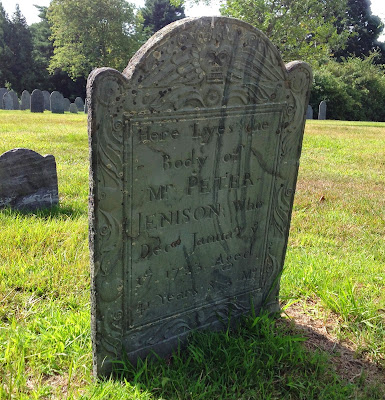 His foot-stone is one of the nicest I've seen. Most times, I see just the initials, and never the scroll work. 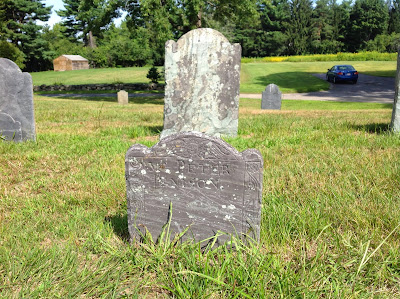 Peter Jenison was my 7th great-granduncle. 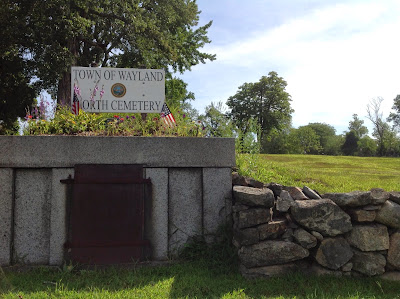 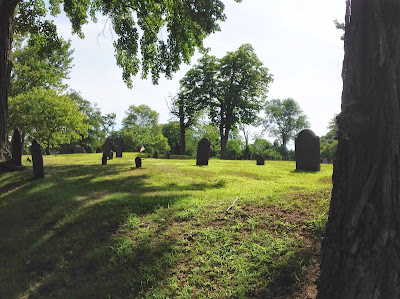 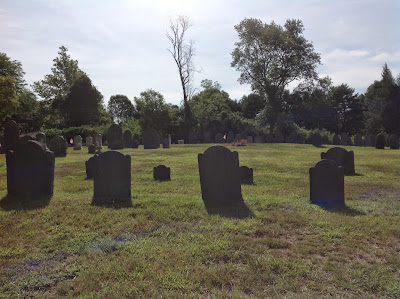 Four Jenisons are buried above. Because of the sun, I couldn't take very good photos. Another trip might be in the works. This cemetery isn't far from where I live, and I recently discovered why I couldn't locate his burial site. It's because I had his named spelled Jennison and not Jenison, but his name was spelled both ways according to the sources I used. His wife is buried in another town, and may be seen HERE.

I called the Wayland Cemetery Department for help on where he might be buried. The photo below, from their webpage gave me an idea where he might not be buried, so I needed help. They didn't know exactly, but gave me two ideas. Once there, we tried the small "Old Section" first, and my husband found him immediately. Peter Jenison is listed in FindAGrave, with a cemetery stone photo, however, no lot number or exact indication of where he was buried. 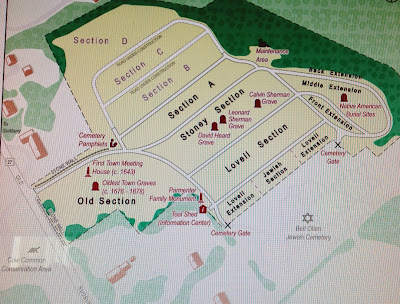