Old Handmade Christmas Cards made by my Grandfather 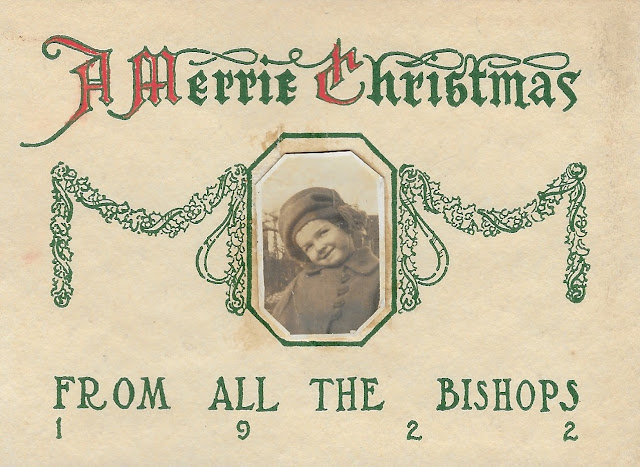 The Christmas card shows a picture of my mother, born 1919.  I like the garland spelling the word MOM with my mother's photo inside. 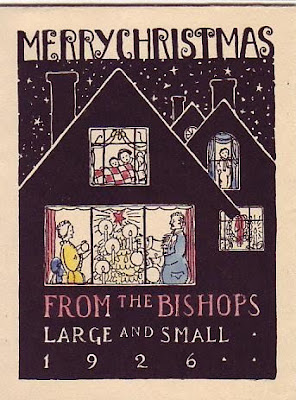 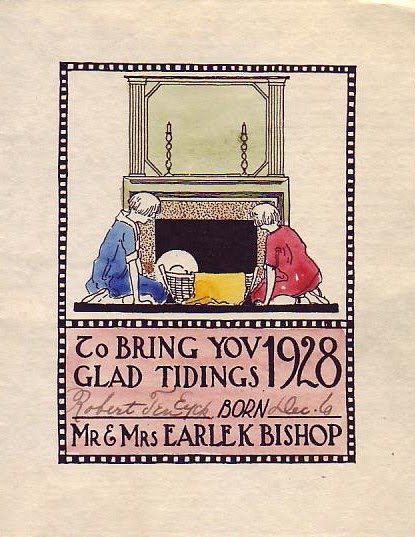 This card is also a birth announcement for another child.  The sisters are shown with their brother.  My grandfather probably had the cards completed before the birth, and wrote in the name and date. 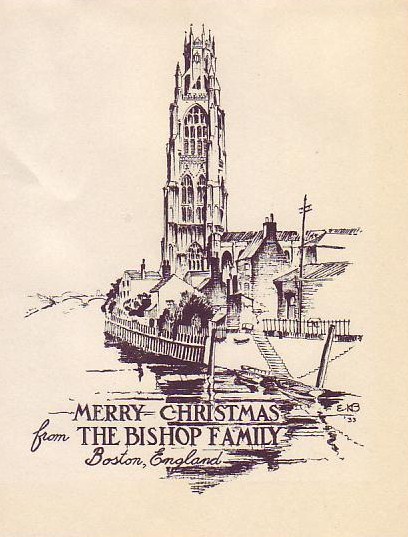 My grandfather absolutely loved England, and went many times. 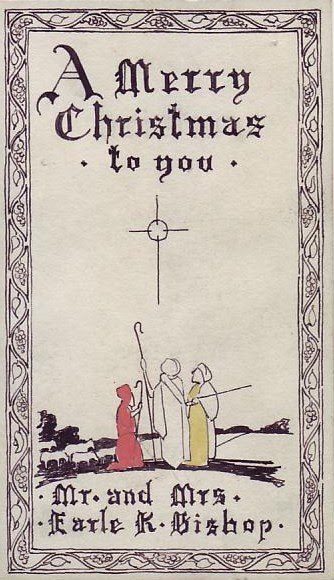 I found an article which appeared in The Hartford Courant, Dec. 14, 1976. "The Peck Memorial Library (Berlin, CT) announced Monday the opening of a new exhibit of more than 40 Christmas cards. The exhibit, titled 'Christmas From the Bishops,' will feature cards sent by the Earle K. Bishops of Kensington section from 1921 to 1976." This month, I will be posting several of my grandfather's cards.

This was made in 1921, three years after they married.

Note: I have about 30 in his collection. Each card was posted to my blog in December 2009.