If you Like Louis Comfort Tiffany, you will love this Boston House! 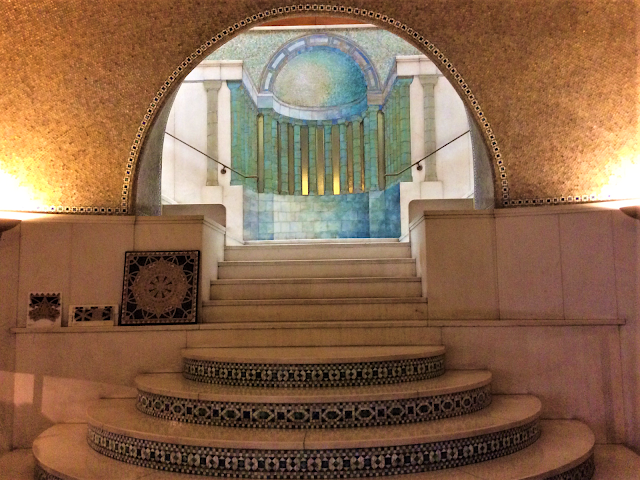 In May 2015, I wrote a blog about the beautiful old Frederick F. Ayer house, also known as the Franco American School in Lowell, Massachusetts. The following month, I went to Boston to tour the house Frederick had built in 1899-1903 by Louis Comfort Tiffany. What a treasure, and I hadn't even known it existed. Tours are held several times a month, you need to register and the price was $10 for me. 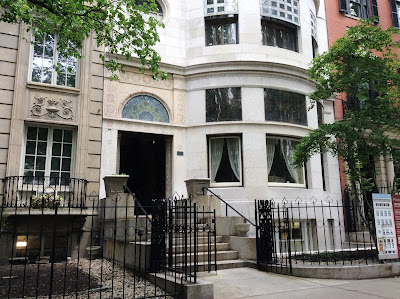 The Ayer Mansion is very modern looking, even though it was built in 1902.
Front entrance, below, looking out at Commonwealth Avenue and park. 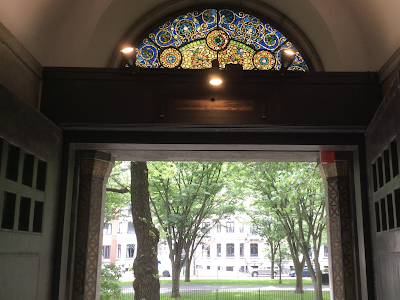 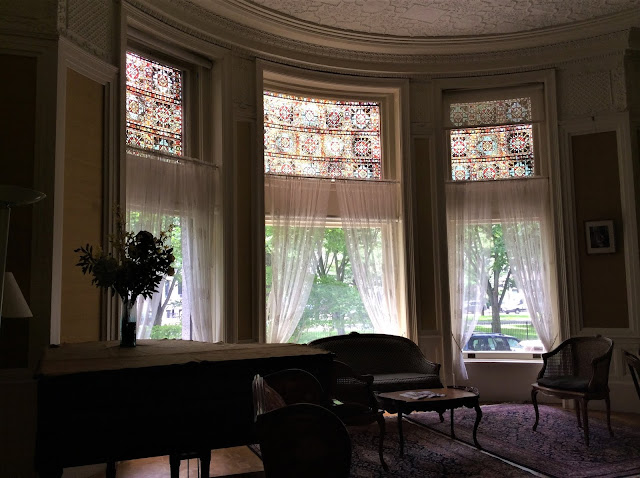 This is the front parlor where the lecture began. The house is still being renovated, so we just saw a few rooms, but that was okay because everybody was in awe at what they saw.
Close-up of one window pane. 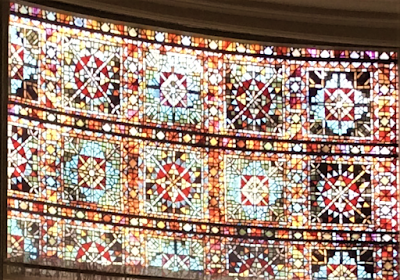 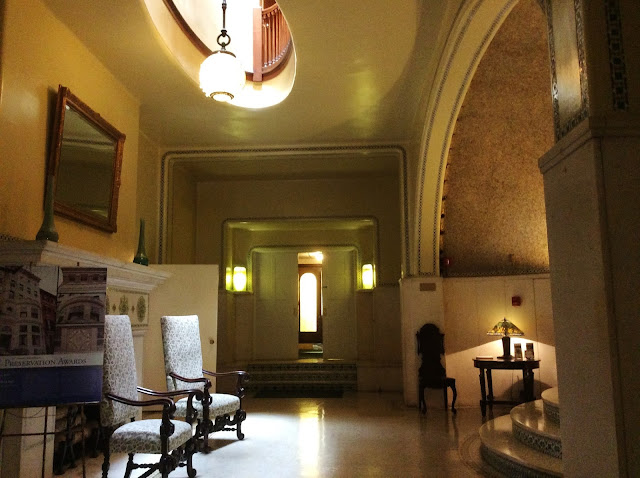 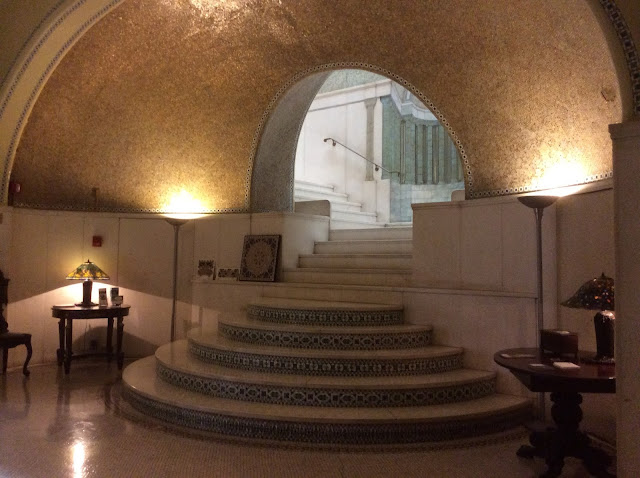 The grand staircase is made of marble and the wall covering was done in gold colored small pieces of tile (more photos and detailed history may be seen at this LINK.) 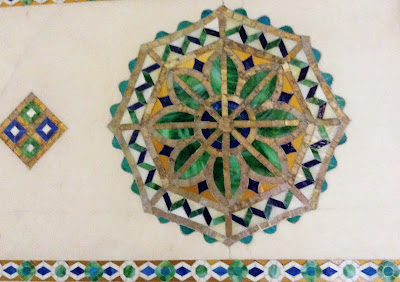 Sample of tile work, and lovely ceiling lights and staircase. 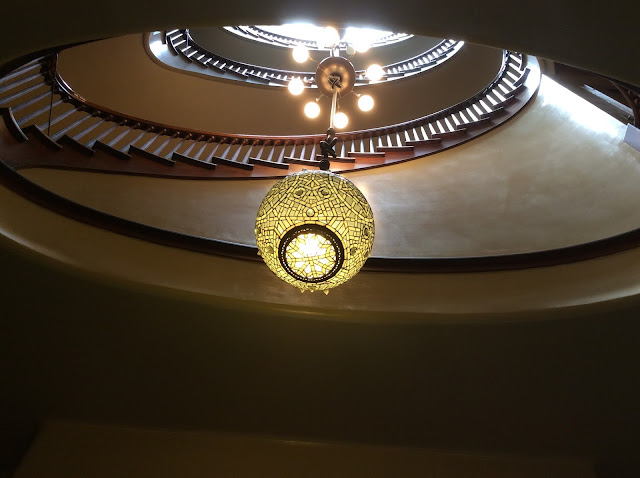 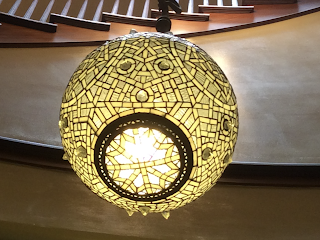 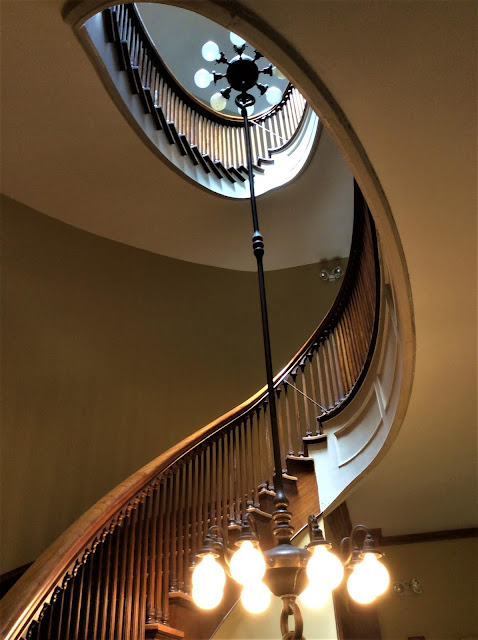 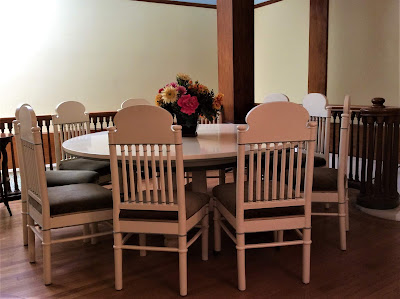 Round table and chairs designed by Louis C. Tiffany. 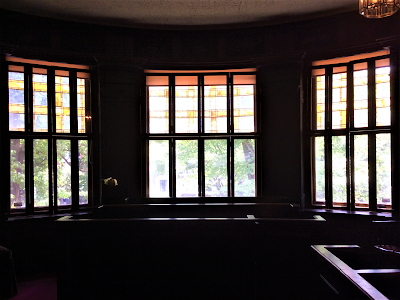 In the above room is where George S. Patton proposed to Beatrice Ayer. 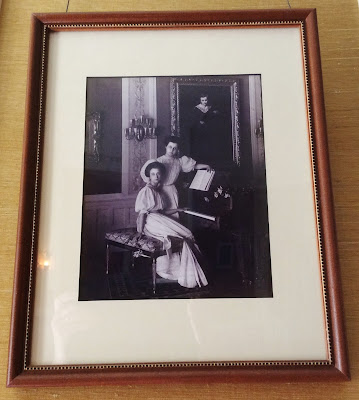 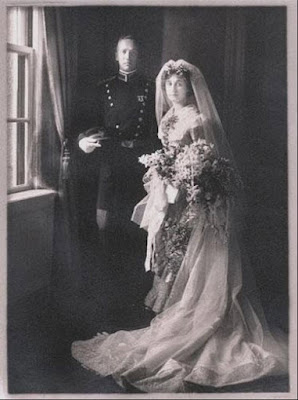 Wedding photo from the Lowell Historic Board. 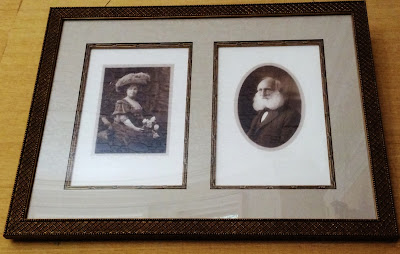 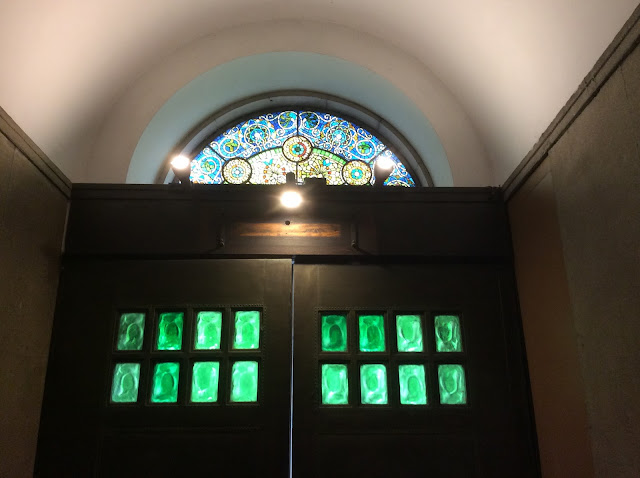 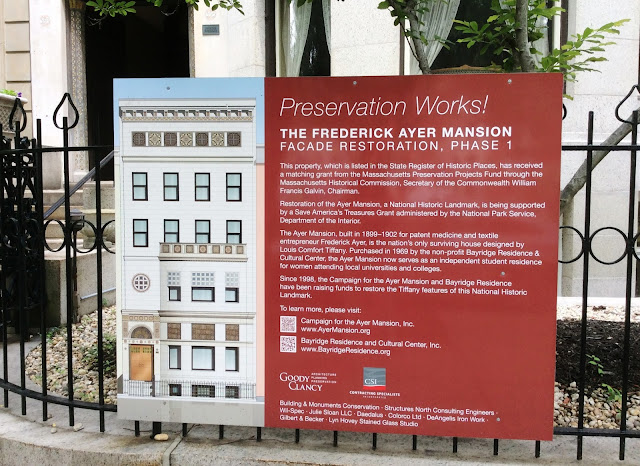 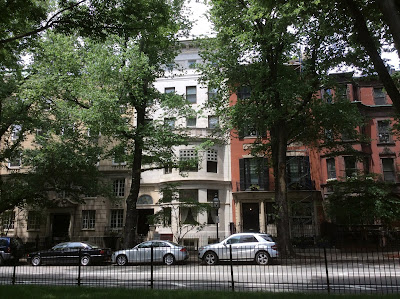 The Ayer house from across the street, and a view of Boston from the park. 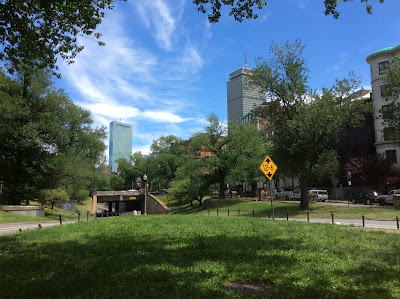 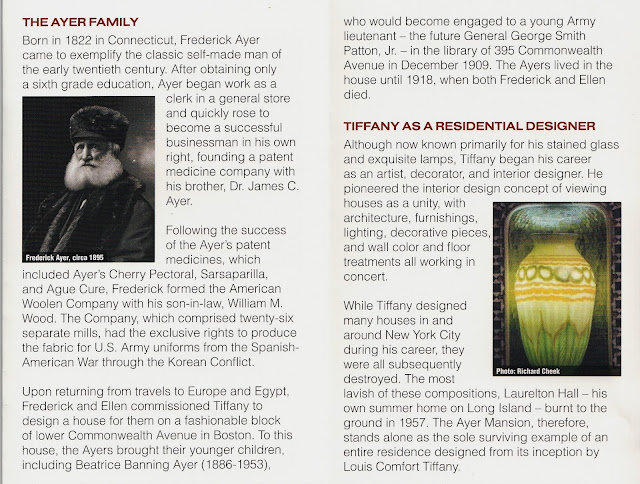 Generation 12, A Listing of my Ancestors -- Surname Saturday 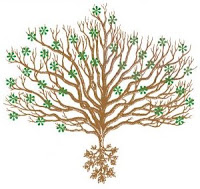 This post is a continuation from my previous posts covering Generations 1-7, Generation 8, Generation 9, Generation 10 and Generation 11. Below is my eleventh generation of direct line ancestors. If you were to print it out using the numbered chart shown below, all the males (father, grandfather, great-grandfathers and so forth) would be above their wives who would have the even numbers on the chart. This type of chart or listing as done below is called an ahnentafel chart (see various examples on that link). This concludes my ahnentafel.