We Love Our Smokestacks and Hate it When They Come Down. 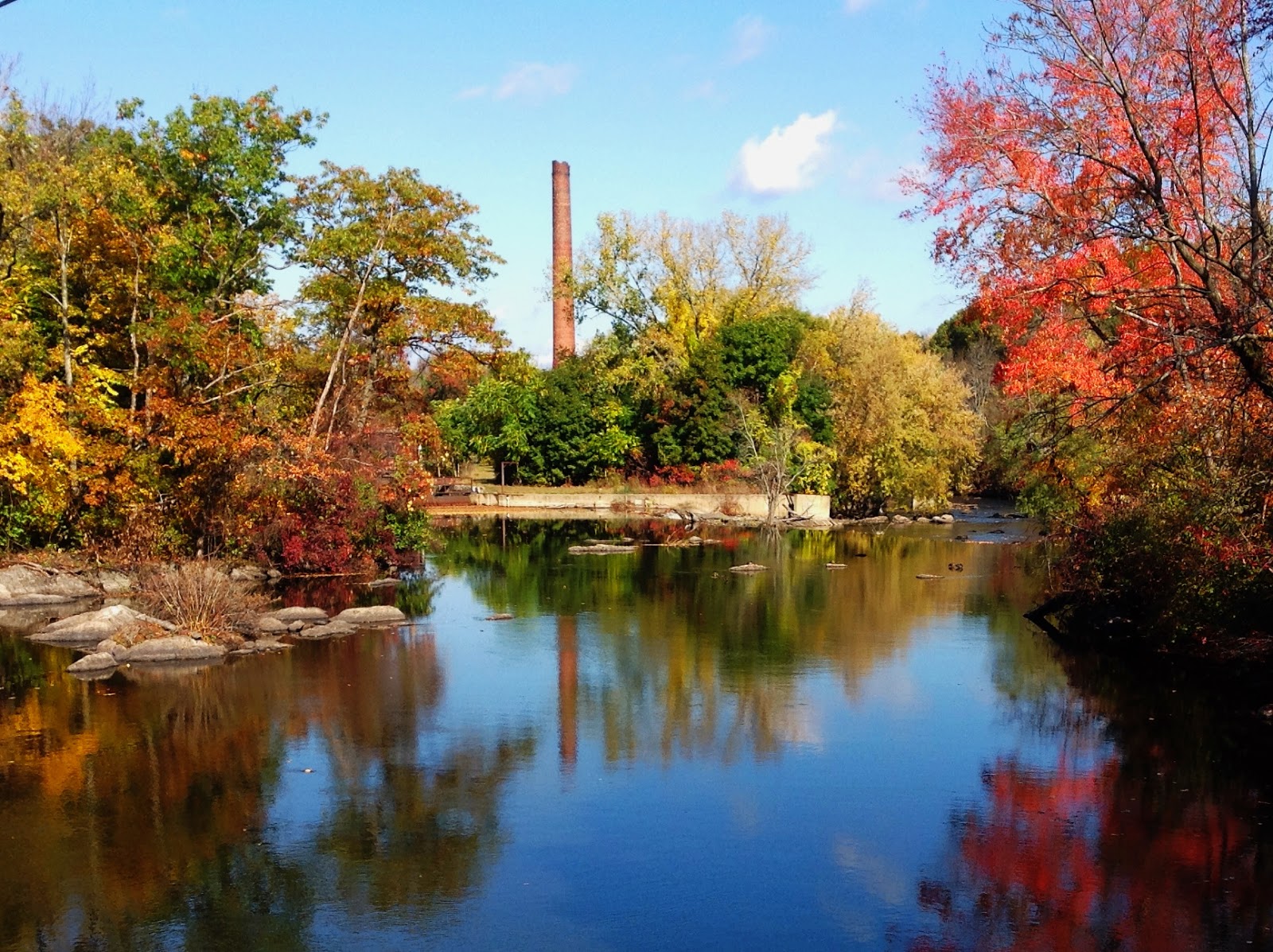 (The above photo is not that of the one damaged by lightning.)
On Saturday late afternoon, September 6th the weather was pretty wild in Lowell. Another tornado warning for our area had been posted and all our attention was on the weather reports. Soon we had a major Thunder and Lightning storm, but felt relieved when the tornado warning was lifted. Soon after, we heard a huge lightning strike, it sounded like no other. It wasn't until a few hours later that we learned it had hit the Hood smokestack about 6 p. m.

Fortunately, nobody was hurt when the strike put a 40-foot gash in the old beloved 100-foot smokestack. For quite a few days, residents wondered if it could be saved or if it had to be taken down. From the photos below, you can see the Thorndike Factory Outlets is a very old and large complex, which was recently purchased in January by Sal Lupoli of Sal's Pizza fame. He, "plans to renovate the building into apartments and commercial space," per Lowell's The Sun newspaper, September 7, 2014.

For five days, I went to see the process of taking it down. Our first visit was early Sunday morning. 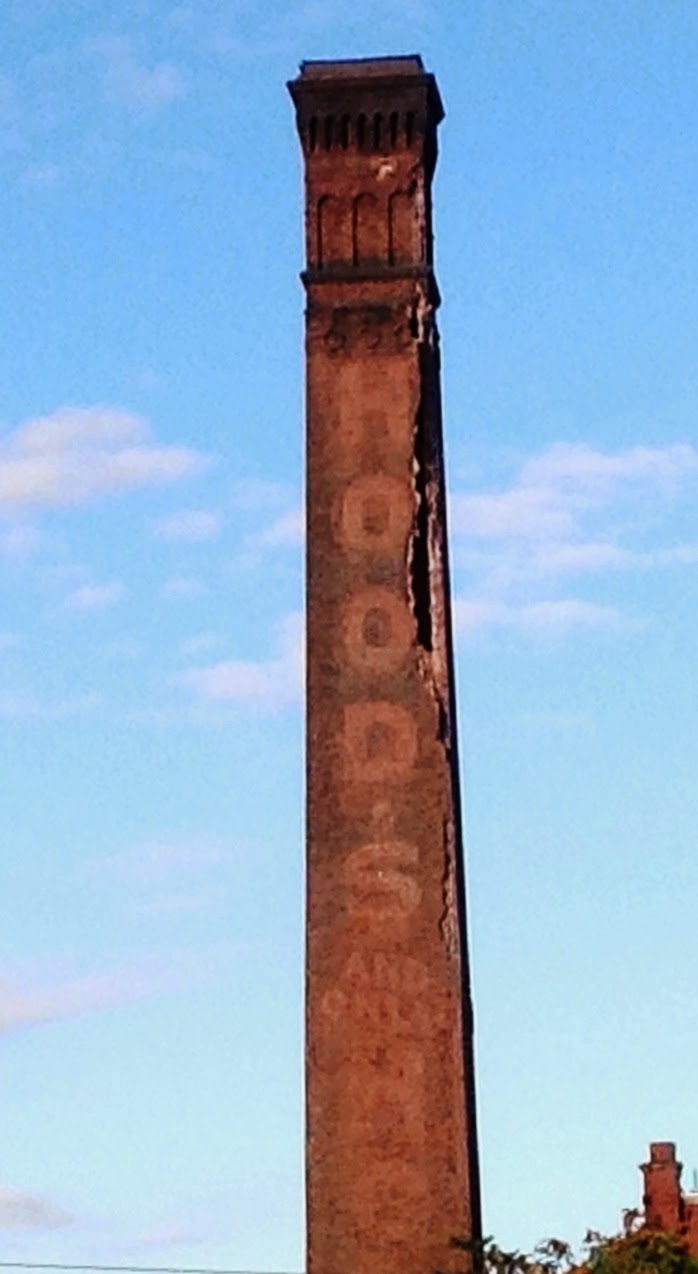 Photos taken Sunday morning (above and below). The unusual building on the left used to be the jail*, then Keith Academy, and now has condos. 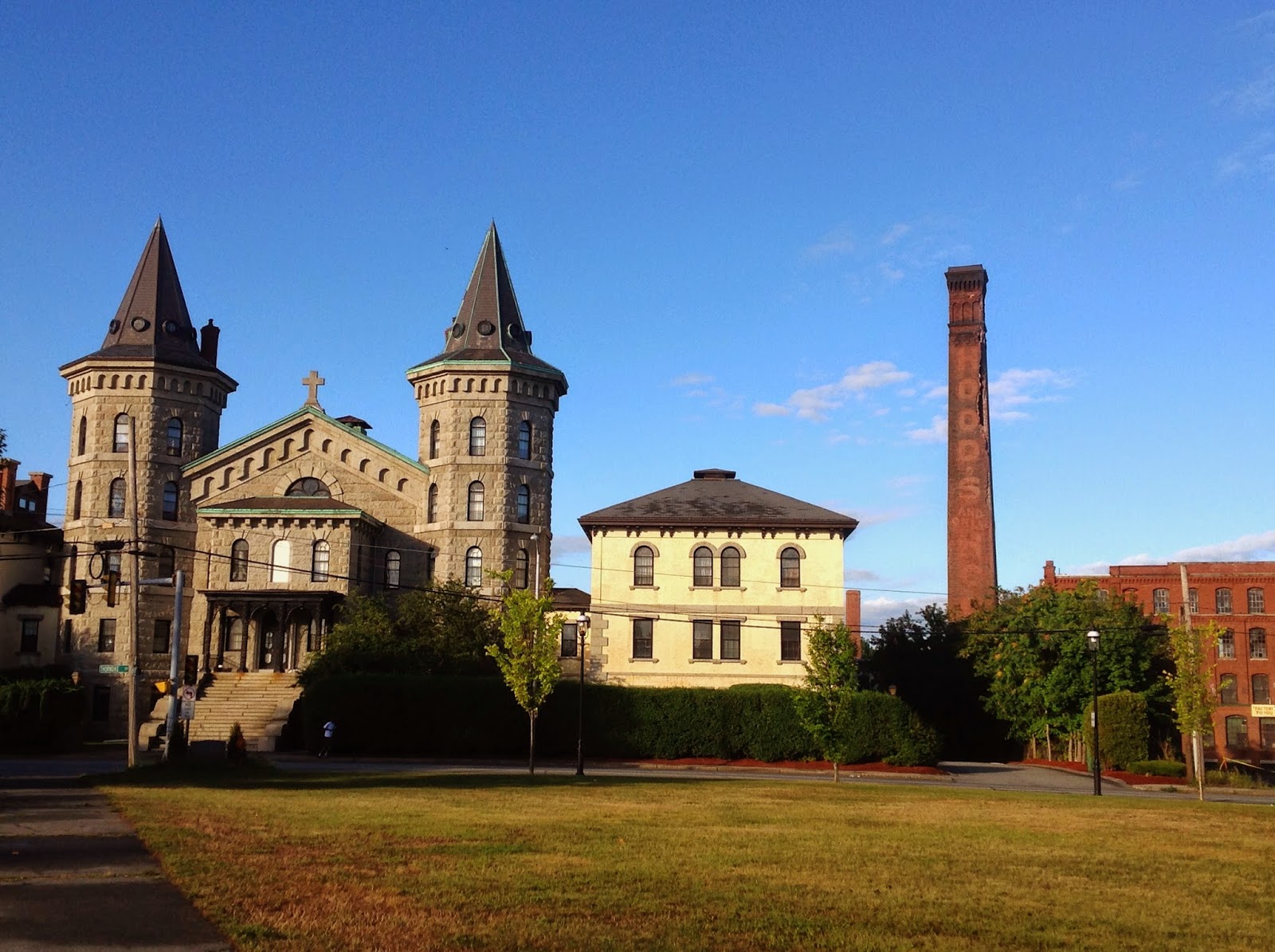 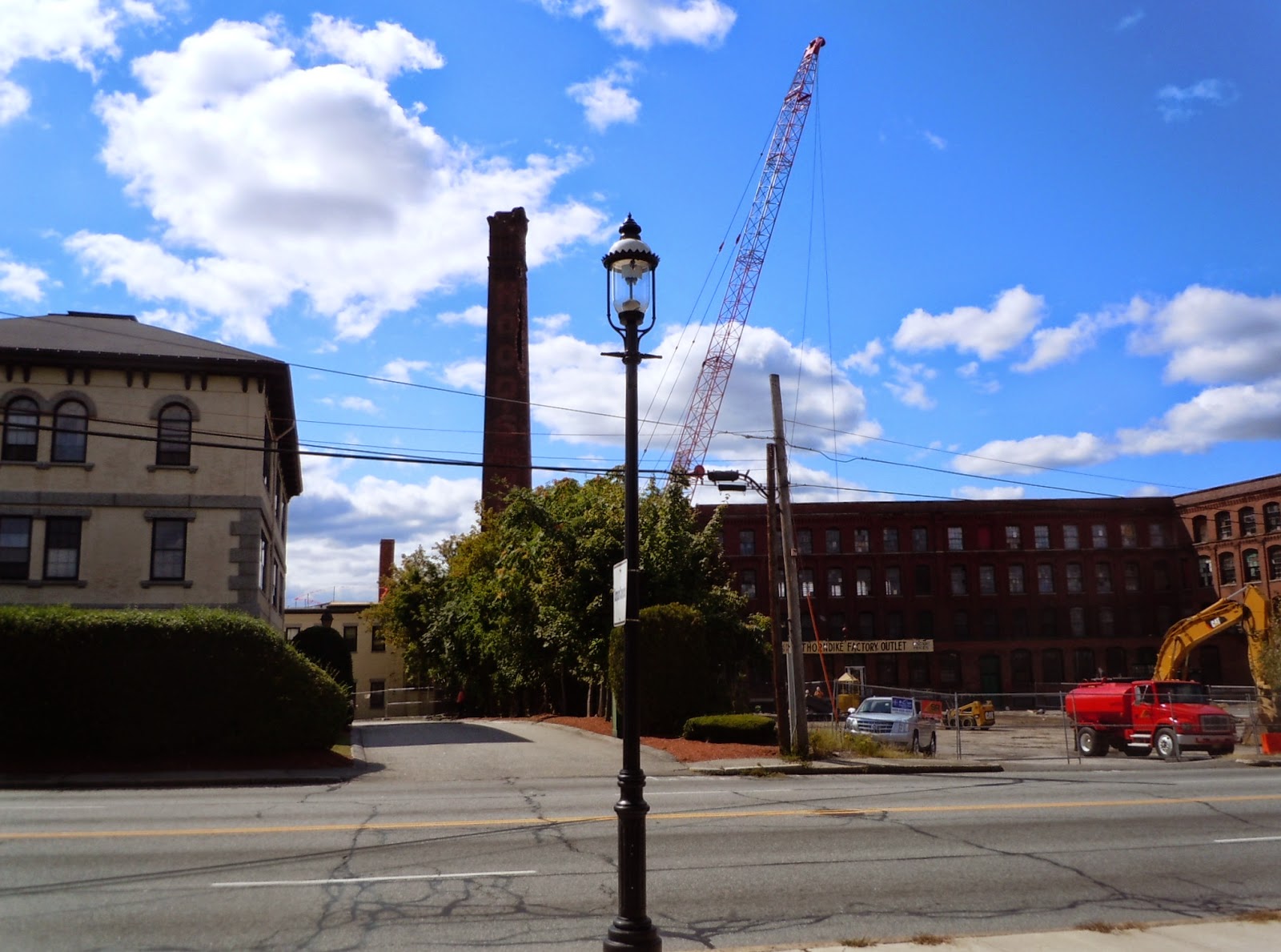 It took several days to make a decision to remove it and to get the equipment up and running. Fortunately, there is a large park across the street for viewers to watch and take photos. 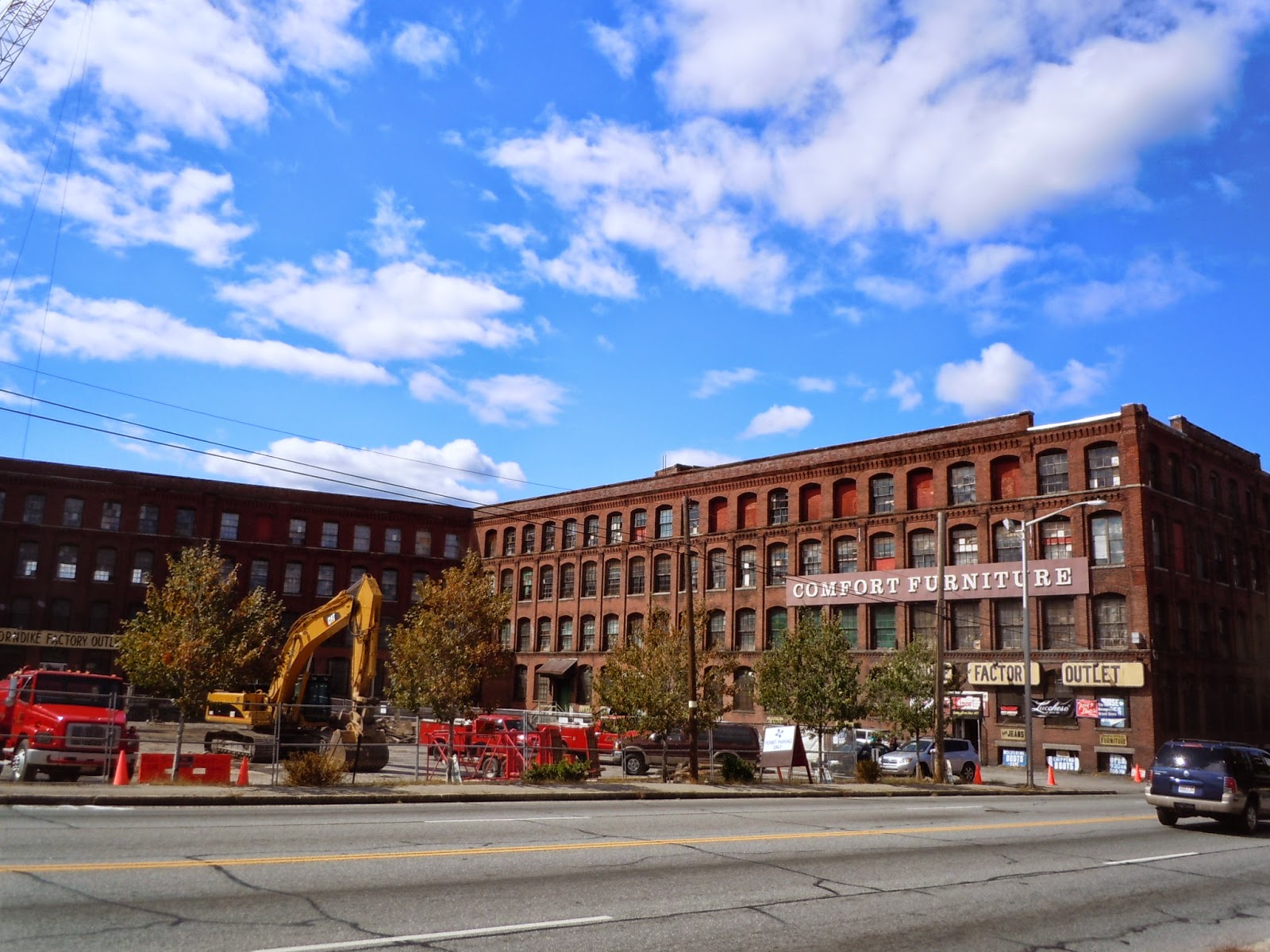 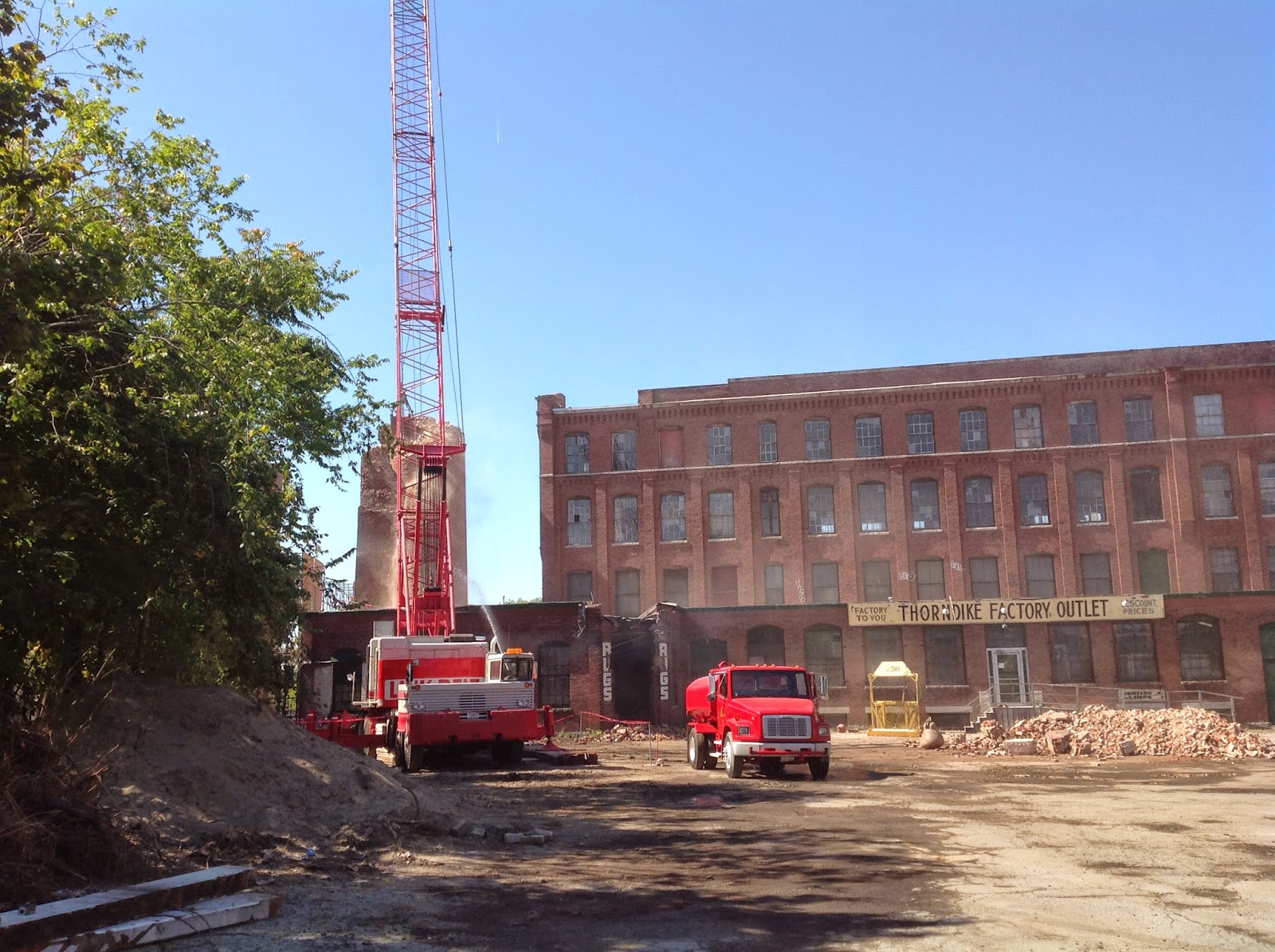 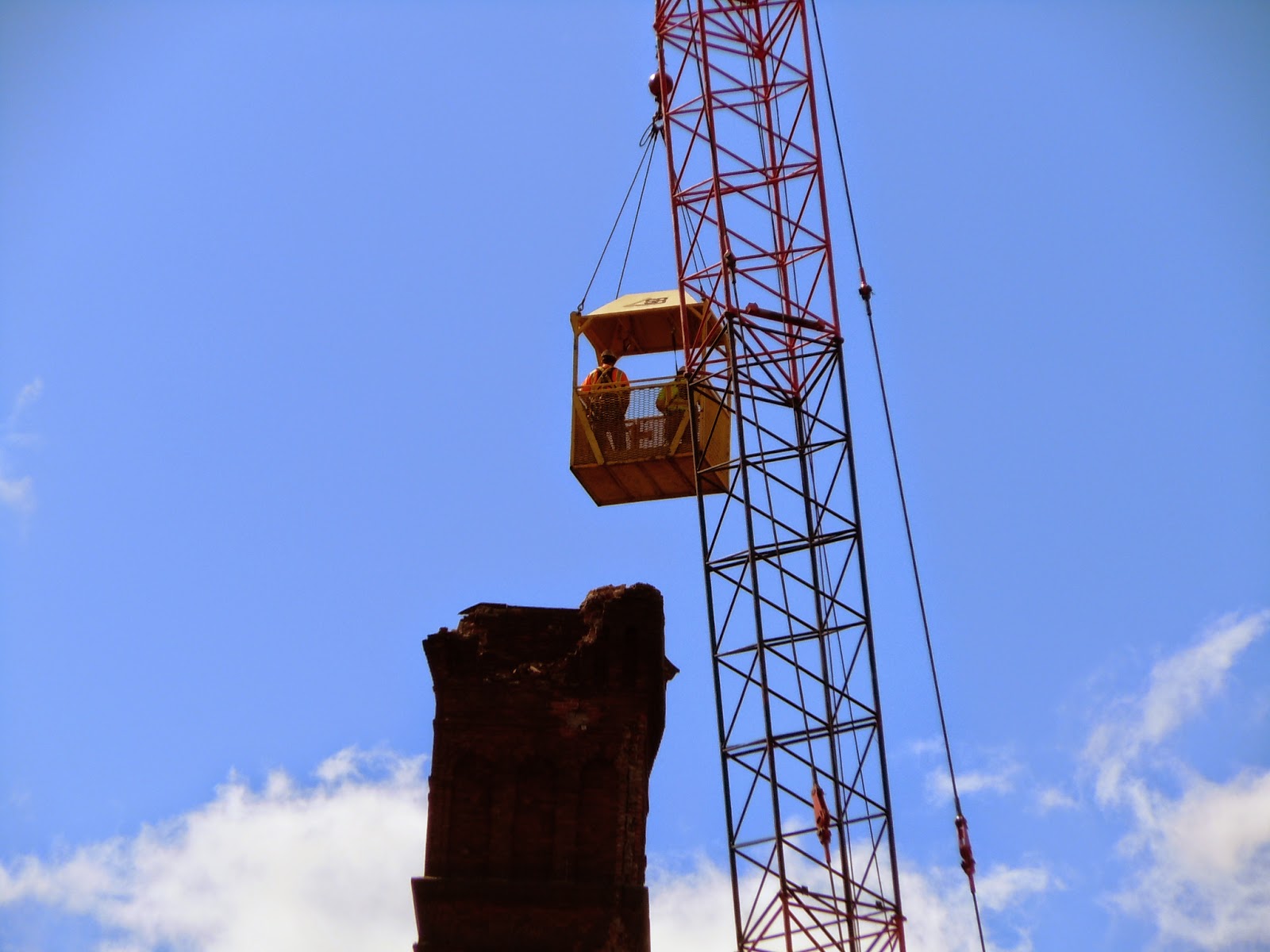 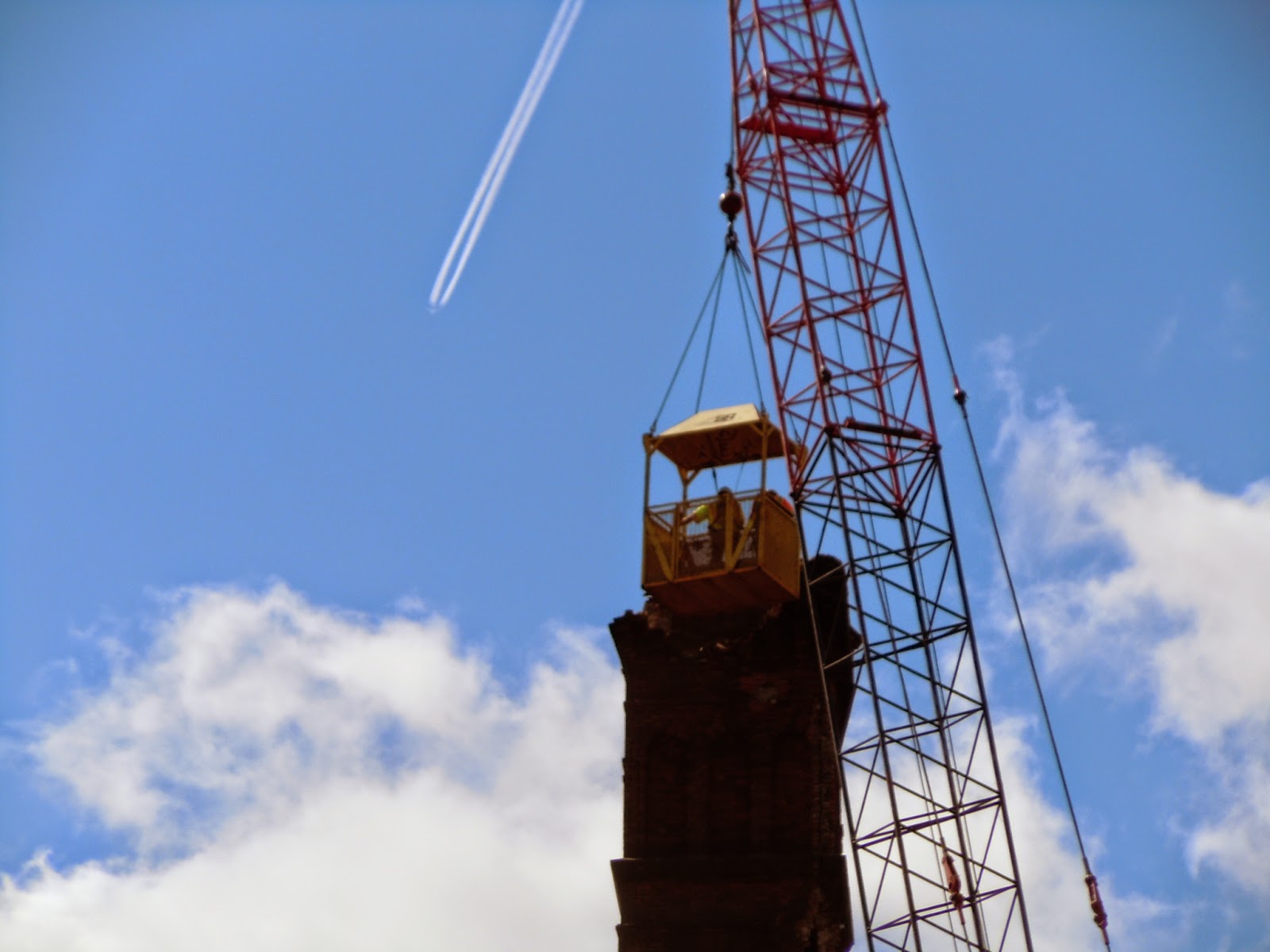 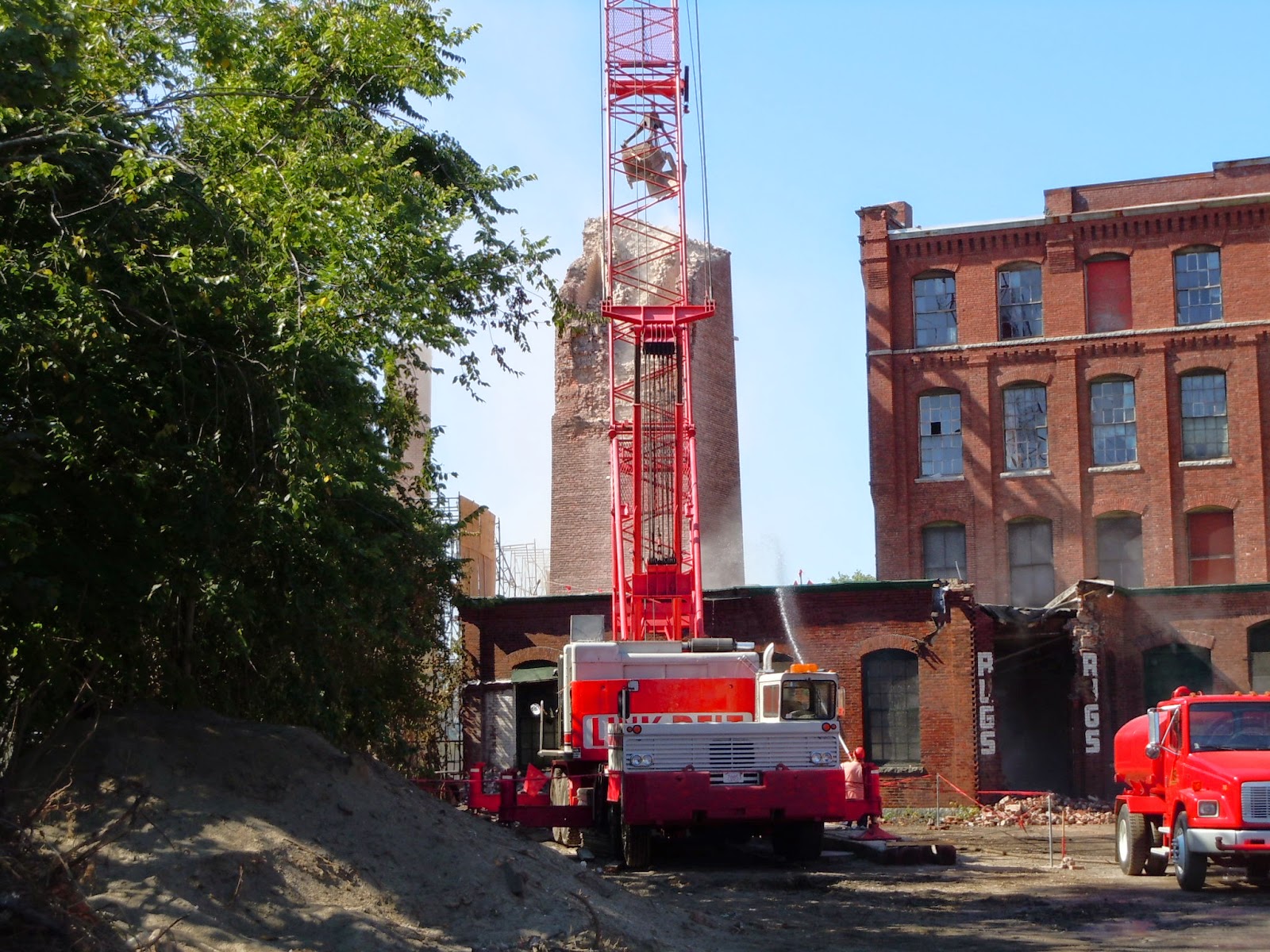 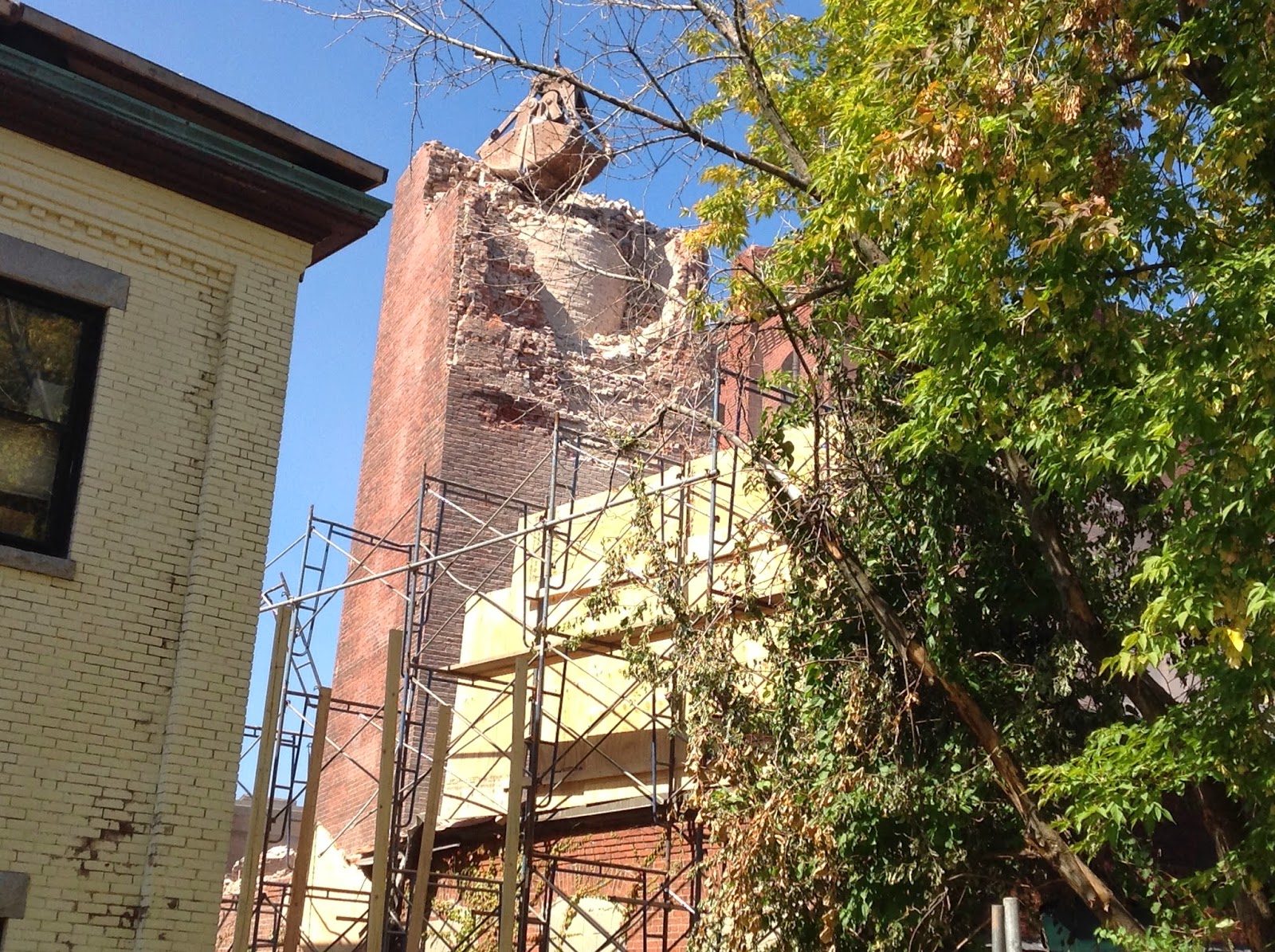 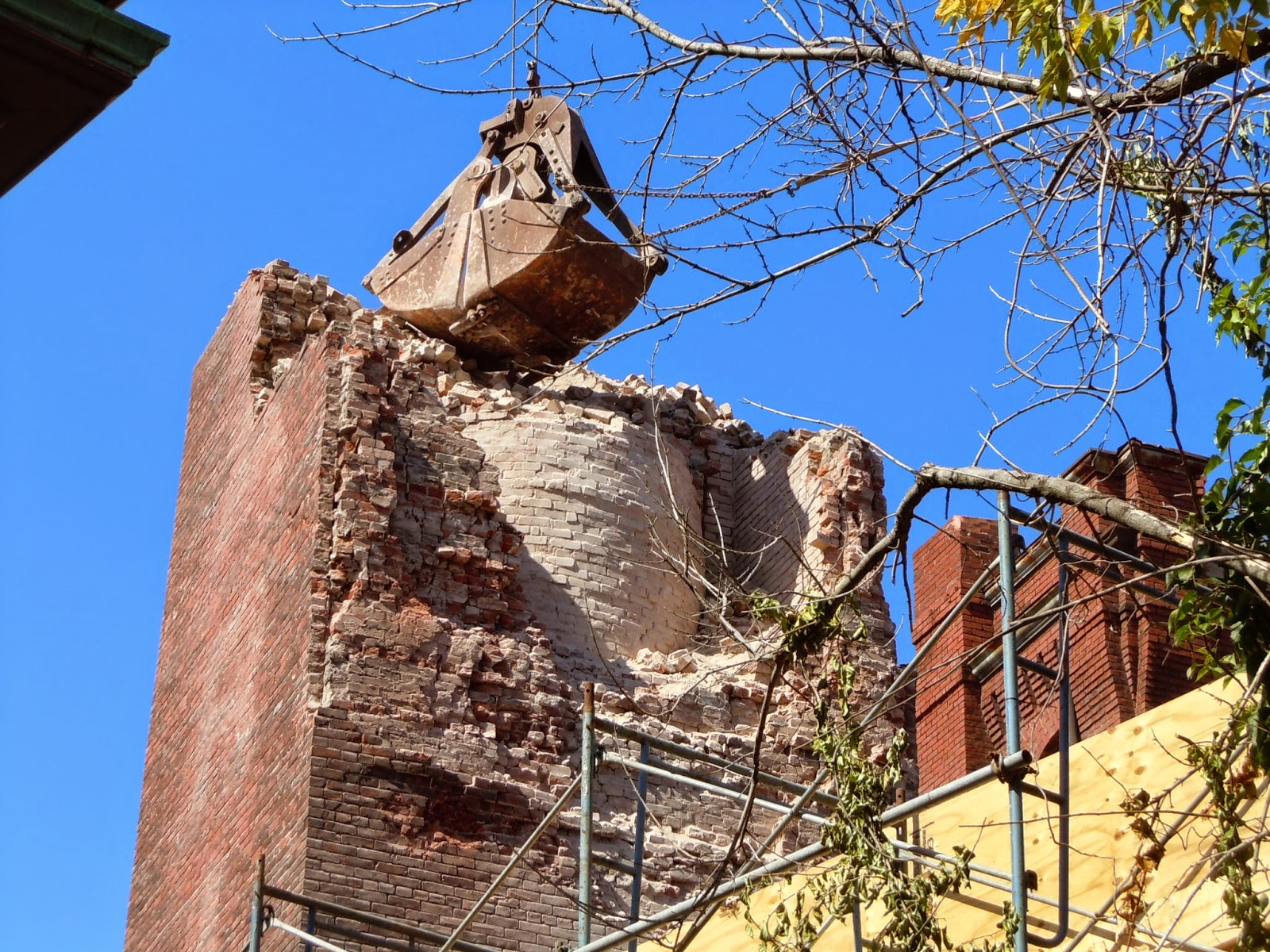 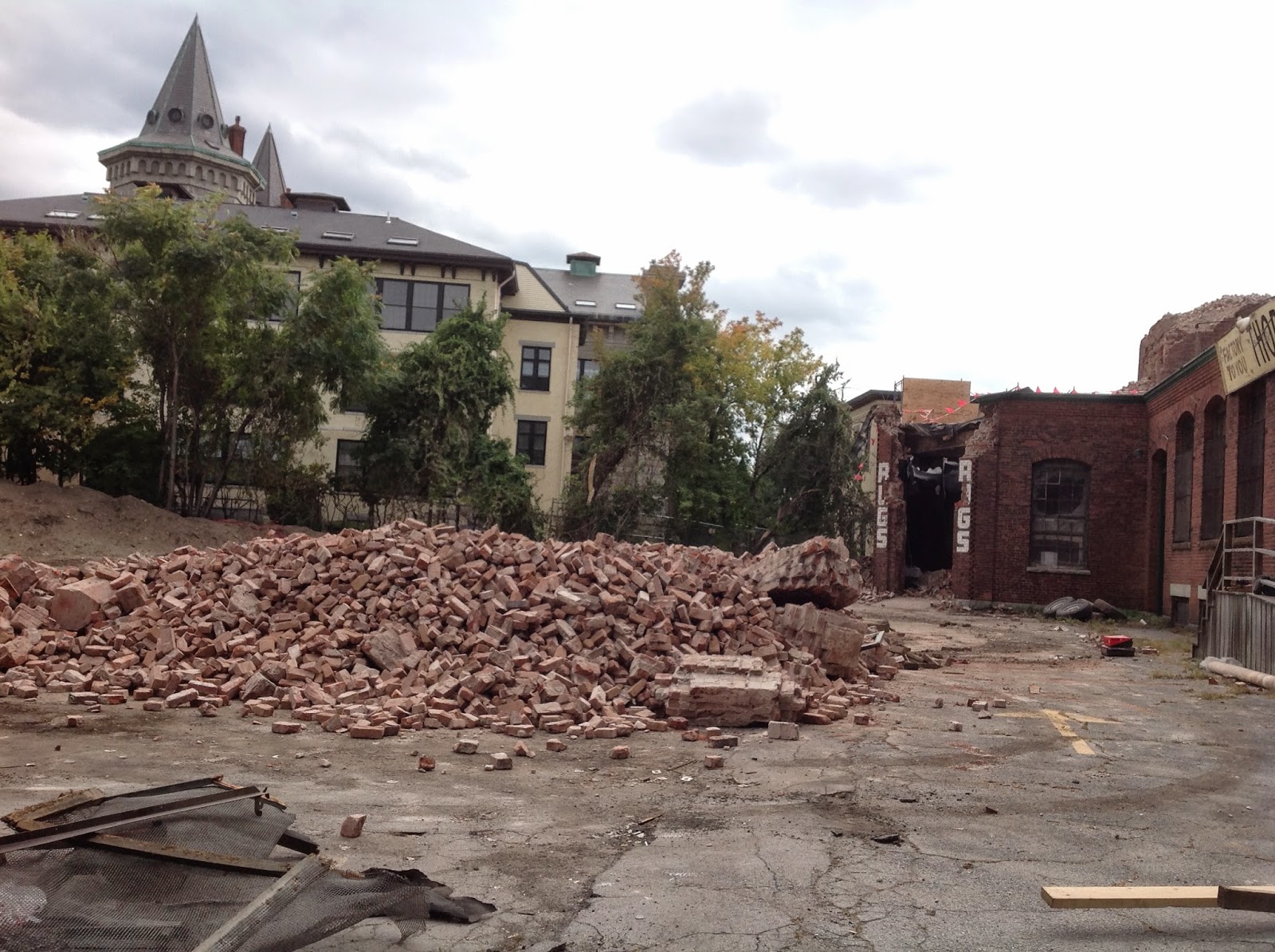 Another visit, yes, it's all down. 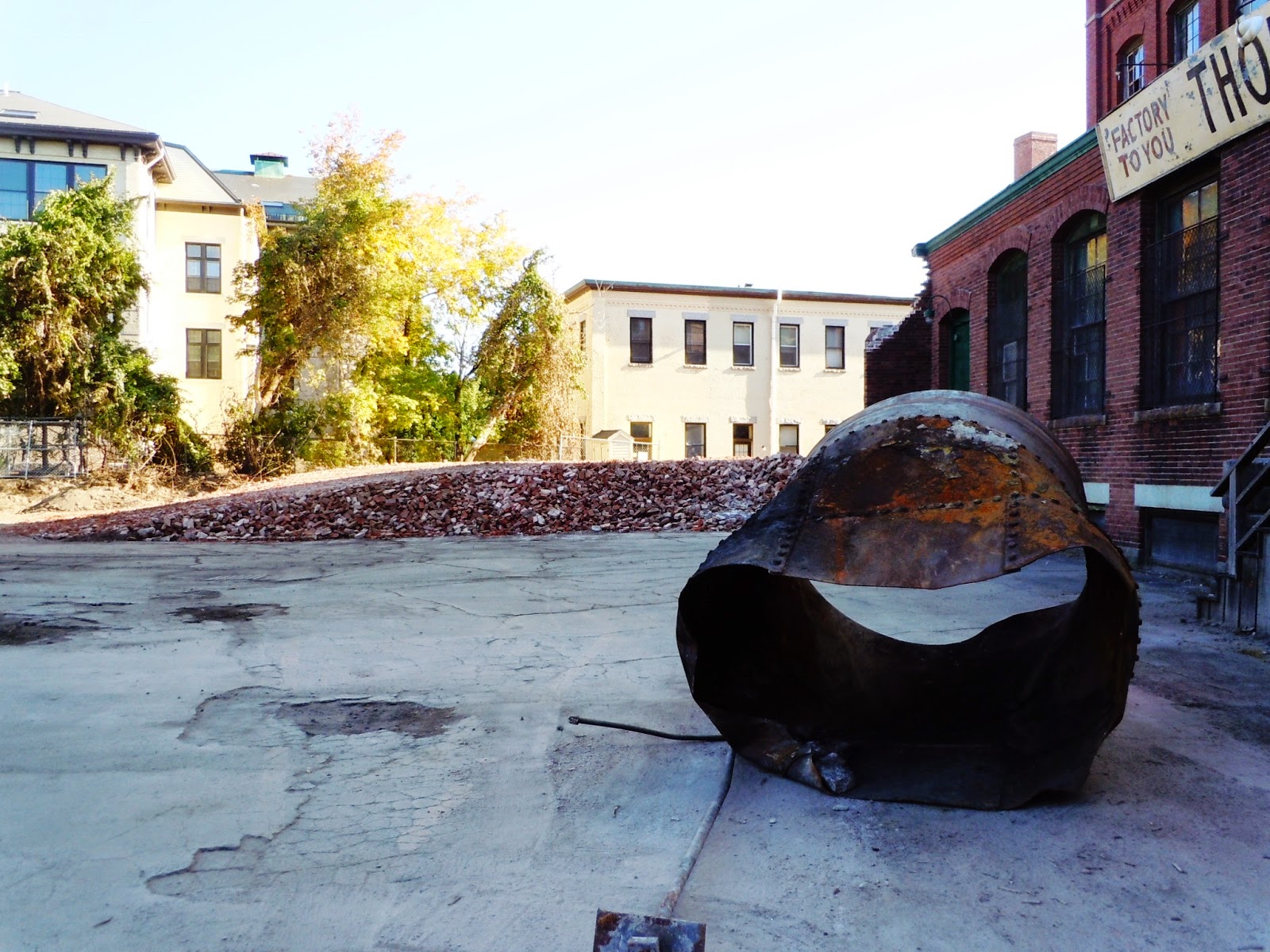 Last visit, I saw this metal liner, and assumed it was inside the smokestack. 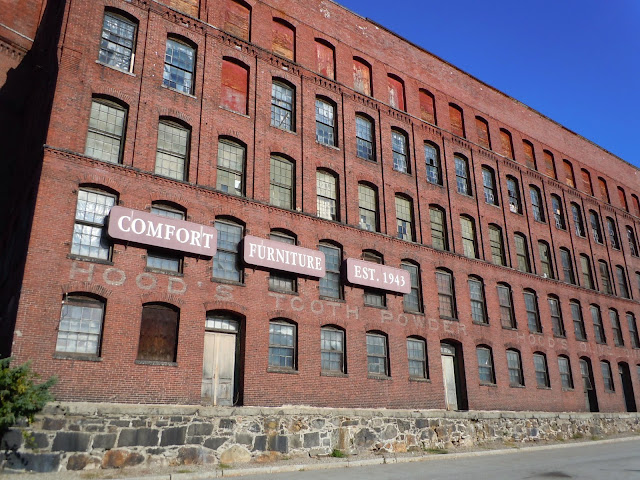 Rear view of the Hood Company complex, and across from the train station. 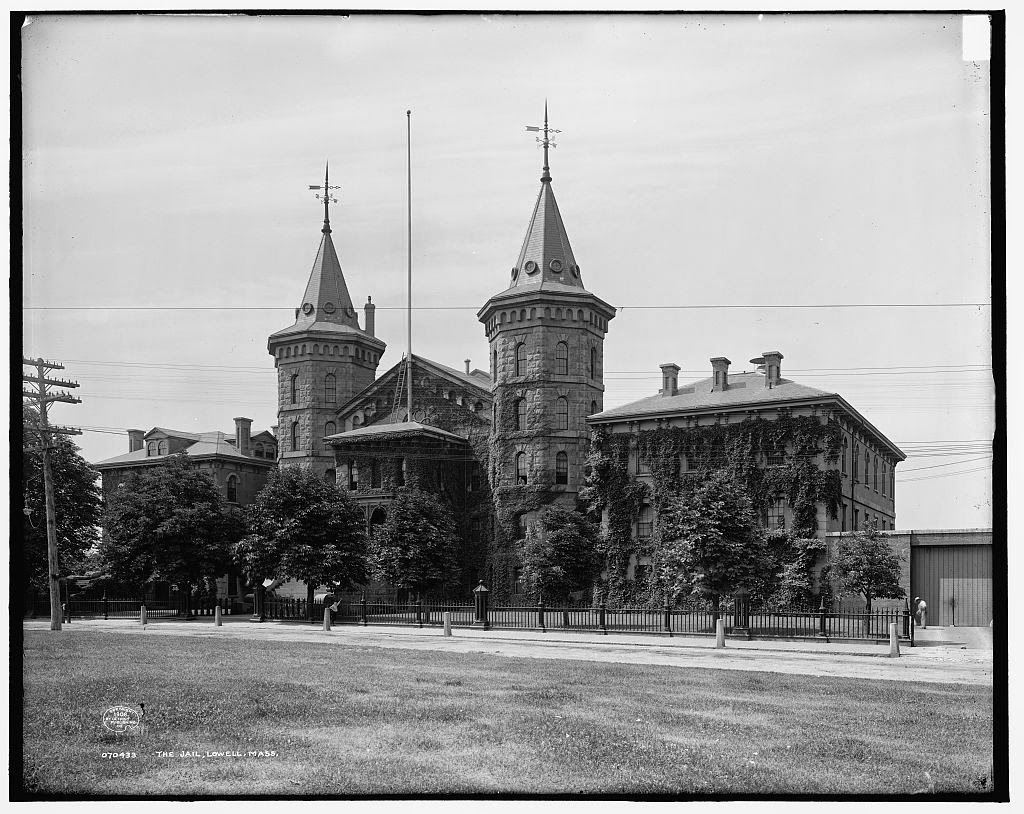