The above photo was taken in the fall of 1999, when my husband and I spent three days in the Eastern Townships of Quebec. My original photo lost much of it's color, so I've made it black and white.

Before we made the Canadian trip, I already knew that 22 of my ancestors were buried in five cemeteries, but in different small towns. How did I get so lucky getting that information? Several people helped. First, a local genealogy club friend, who was also a recently discovered 5th cousin told me she and her mother were going north to find where two of our ancestor's were buried. When Gail and her mother, Isabelle Westover returned, she gave me copies of her notes and a detailed map of all towns and cemeteries. I had to see the three stones, plus 19 others, so within two months we were on the road. Additional information was obtained from my visit to the Missisquoi Historical Society.

While at the above cemetery, we ran into the Minister's wife in her yard. She and her husband lived in a house behind the church and we began chatting. I wasn't looking for anything, but was wondering to myself about how I could get updated vital records information on more recent ancestors and family members. After my thinking, I asked the wife that question. Margaret Godsoe knew how, and ran into the house for a pen and paper and wrote the name and address of the Diocesan Archivist in Montreal, and suggested I write the archivist. With the addresses and good intentions of writing immediately, it took me seven months before I knew what to write and what to send. Below are my copies of correspondence and two family group sheets I sent. Regarding the group sheets, I left all sources off, so as to not confuse anybody. I tried to be as clear as possible in what I wanted. In looking at these requests today, and what they sent, I believe they read my mind because I received more than I requested, but that was okay by me.

Researchers should know, I was doing my research all wrong! Cemetery visiting should have been my last step, not among my first!

I was very lucky that my very early ancestor sources were correct (many names not on these sheets), thanks to my researching the Quebec National Archives Microfilm Collection of vital records also called Drouin Collection up to 1898 or so. I was viewing the microfilm weekly at the New England Historic Genealogical Society (NEHGS). Eventually this collection was put online. (Back then, I would never have imagined I could have researched these now indexed records from home.) From, the Library and Archives Canada site, "Parish registers are an important source for information on births, baptisms, marriages, deaths and burials. For you to locate relevant records, you must know the place and the religious denomination of a person. Religious denomination is indicated in Census records." Since almost all my lines were Loyalists, and all ancestors spoke and wrote English, I had a rather easy time reading the writing. However, it must have taken me hundreds of hours to go through the microfilm, because nothing was indexed like it is now.

Moral of story, if you are thinking something and wondering if you should ask a question, Just Do It. If I hadn't asked the Minister's wife about recent records, my research on these lines would have taken much longer. I was absolutely thrilled to get a copy of my grandmother's birth, and the marriage record for my great-grandparents, both shown below. 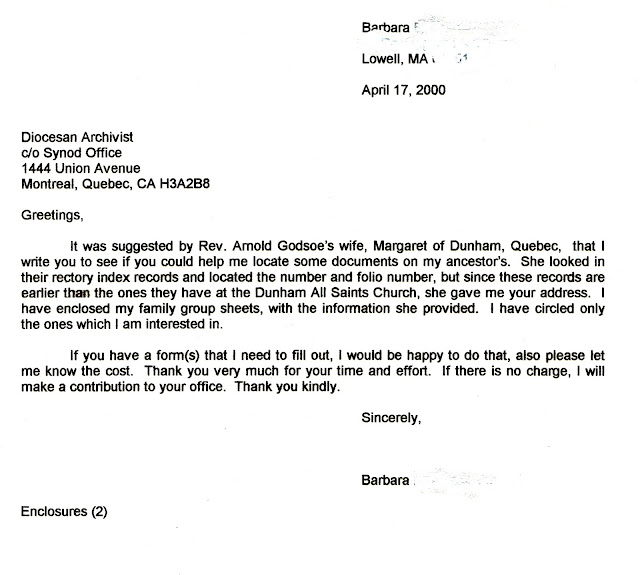 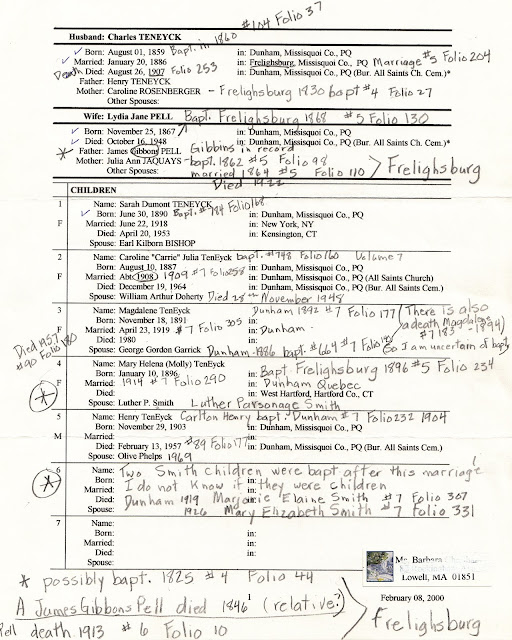 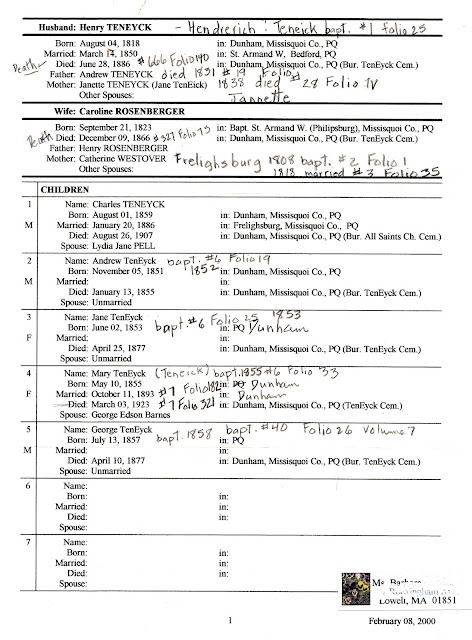 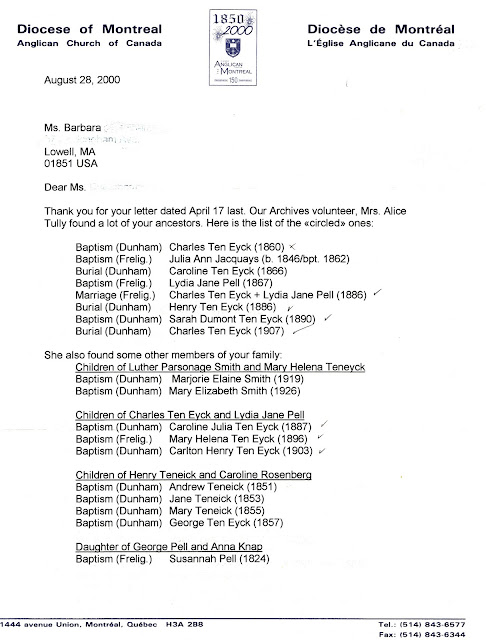 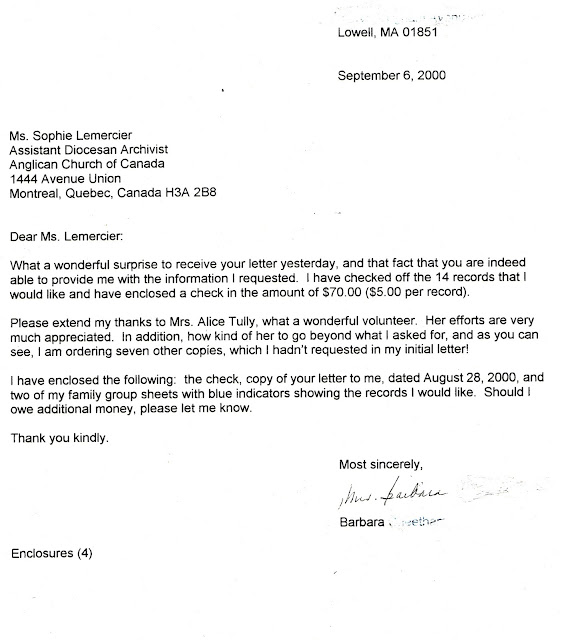 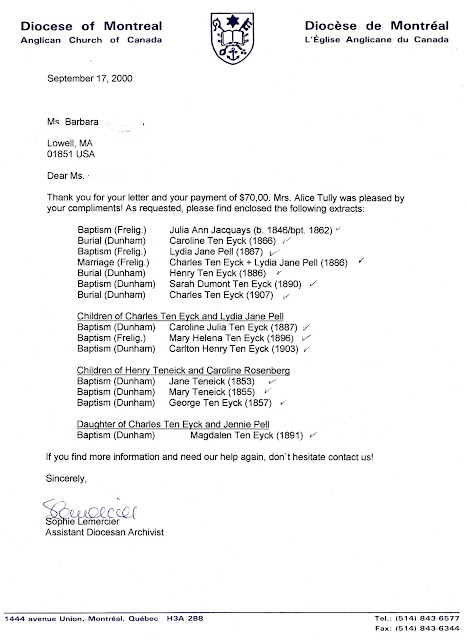 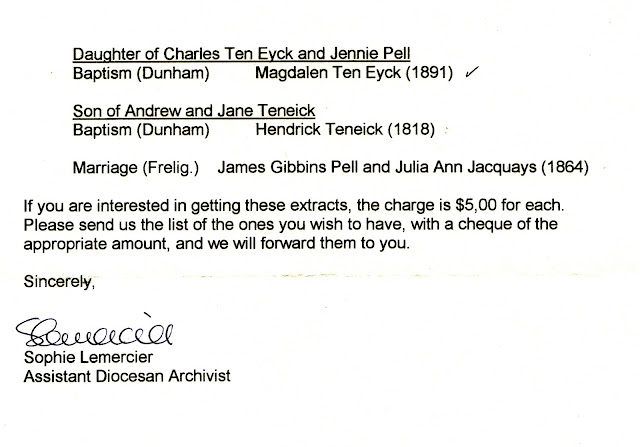