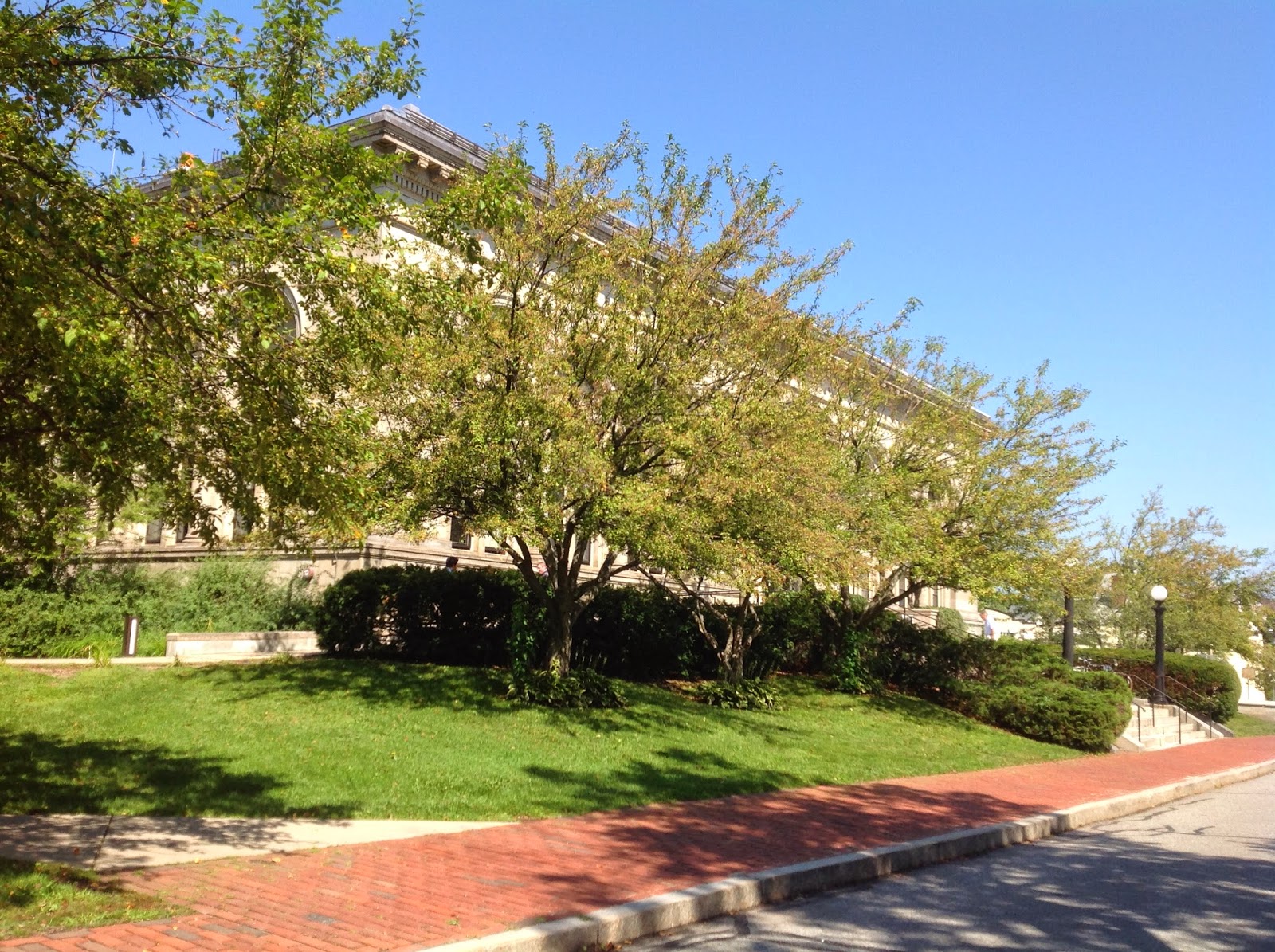 Side view of the Library entrance. 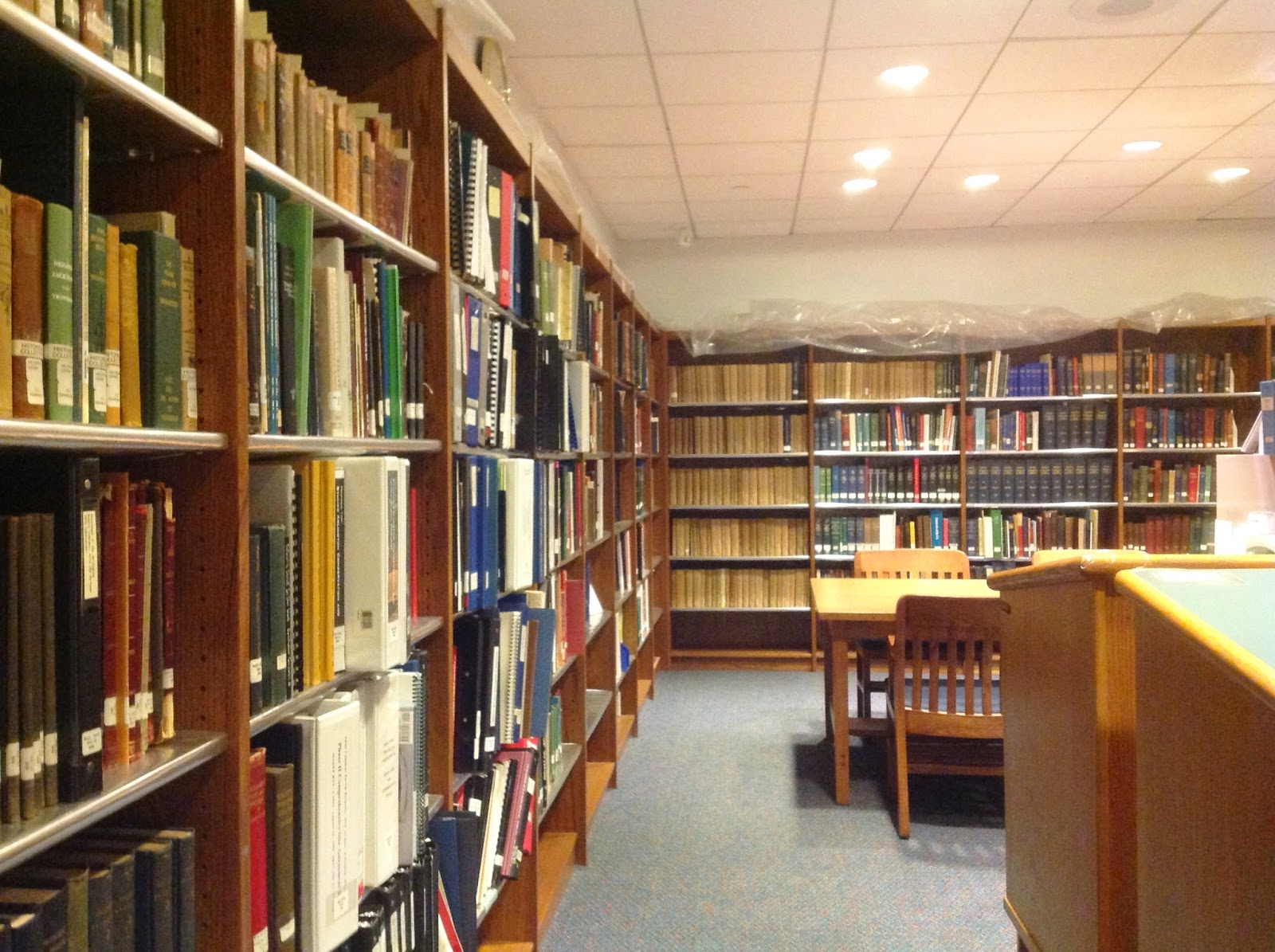 The History and Genealogy collection was on the 4th floor. It is kept locked, so a librarian had to take me up there, I also needed permission from the director to take photos, only stipulation was that I don't take pictures of people. 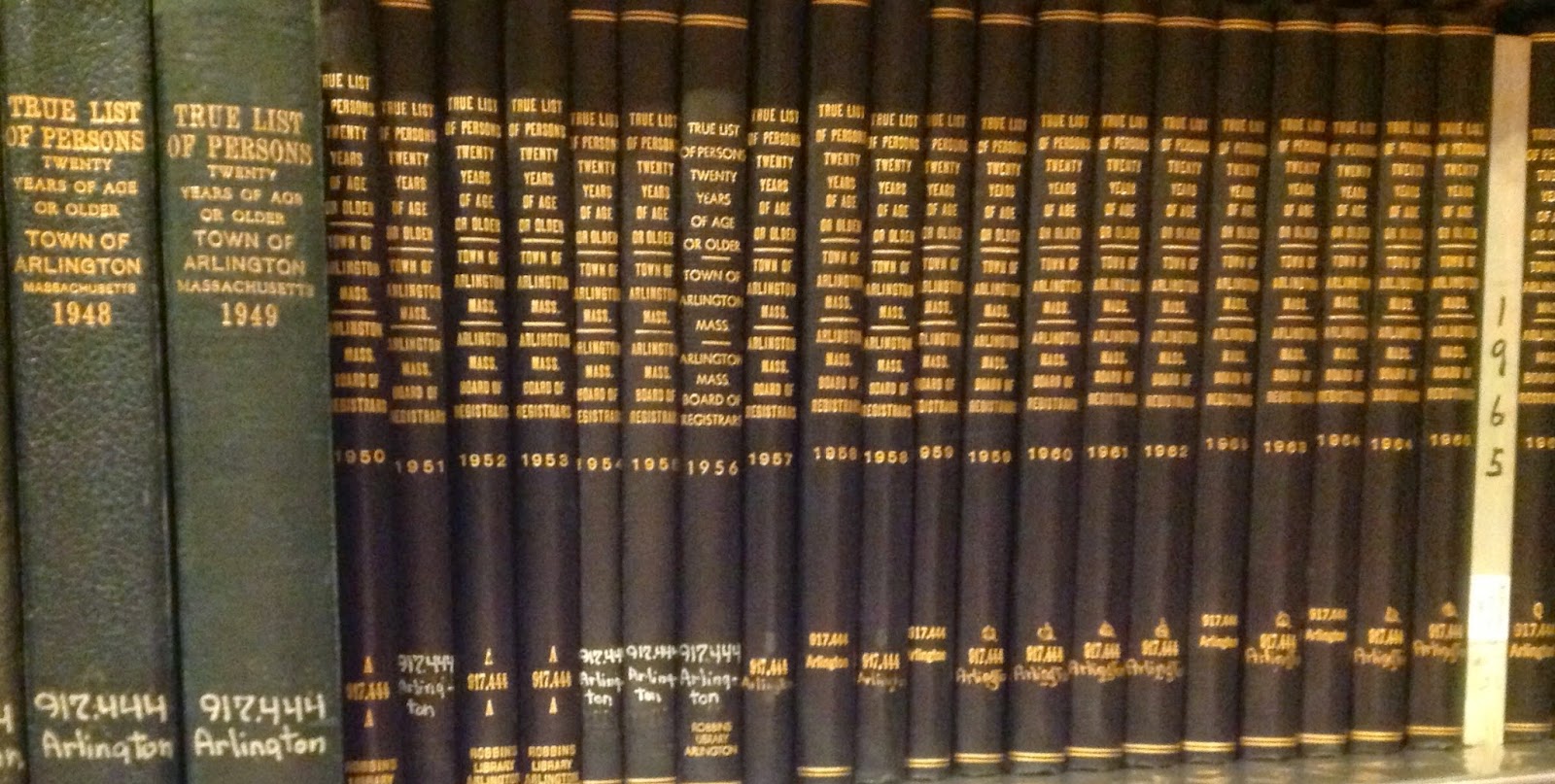 The room is larger than shown in these few photos, but I wanted to show more of the old sections of the Library. You'll see why. 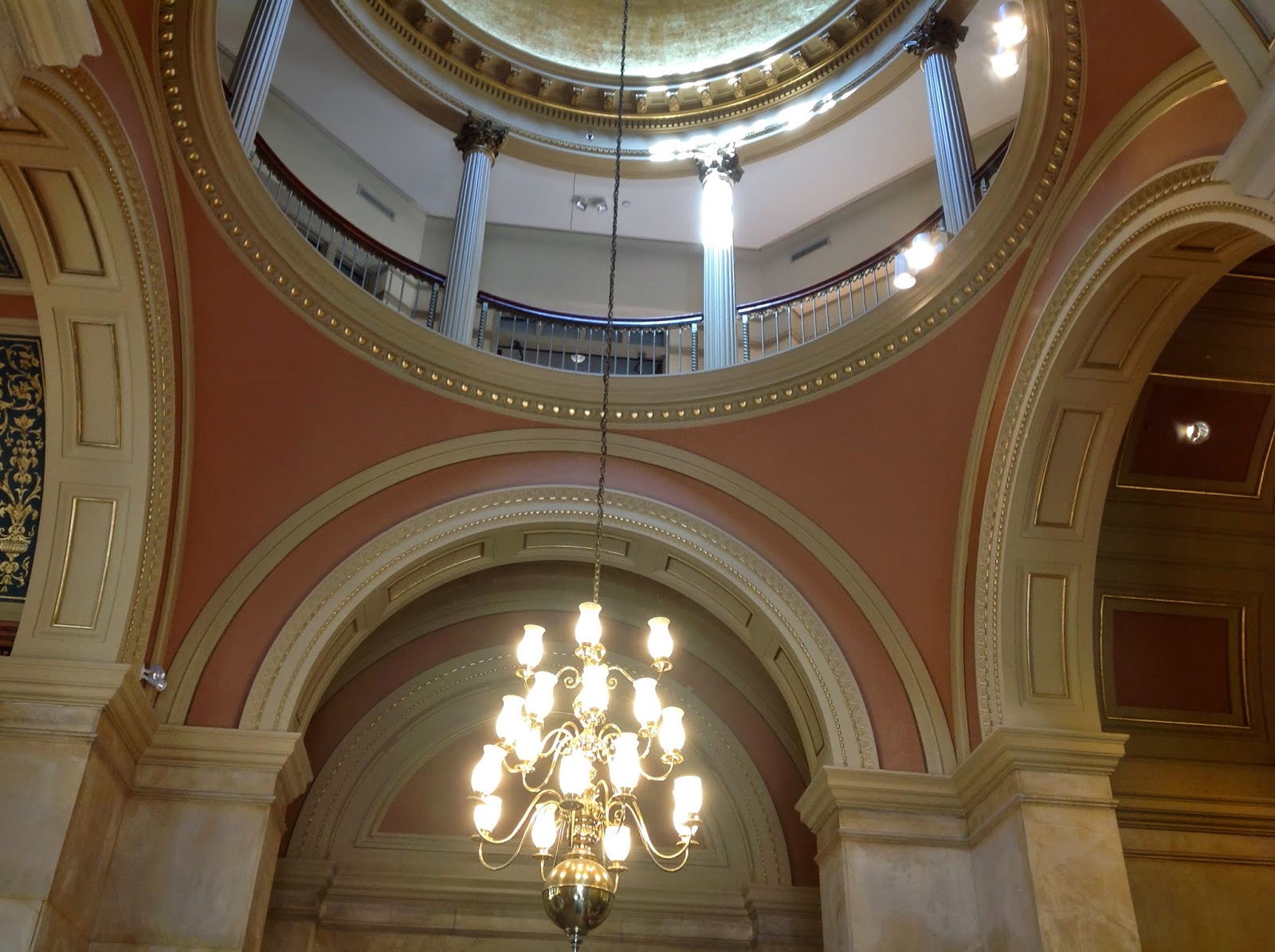 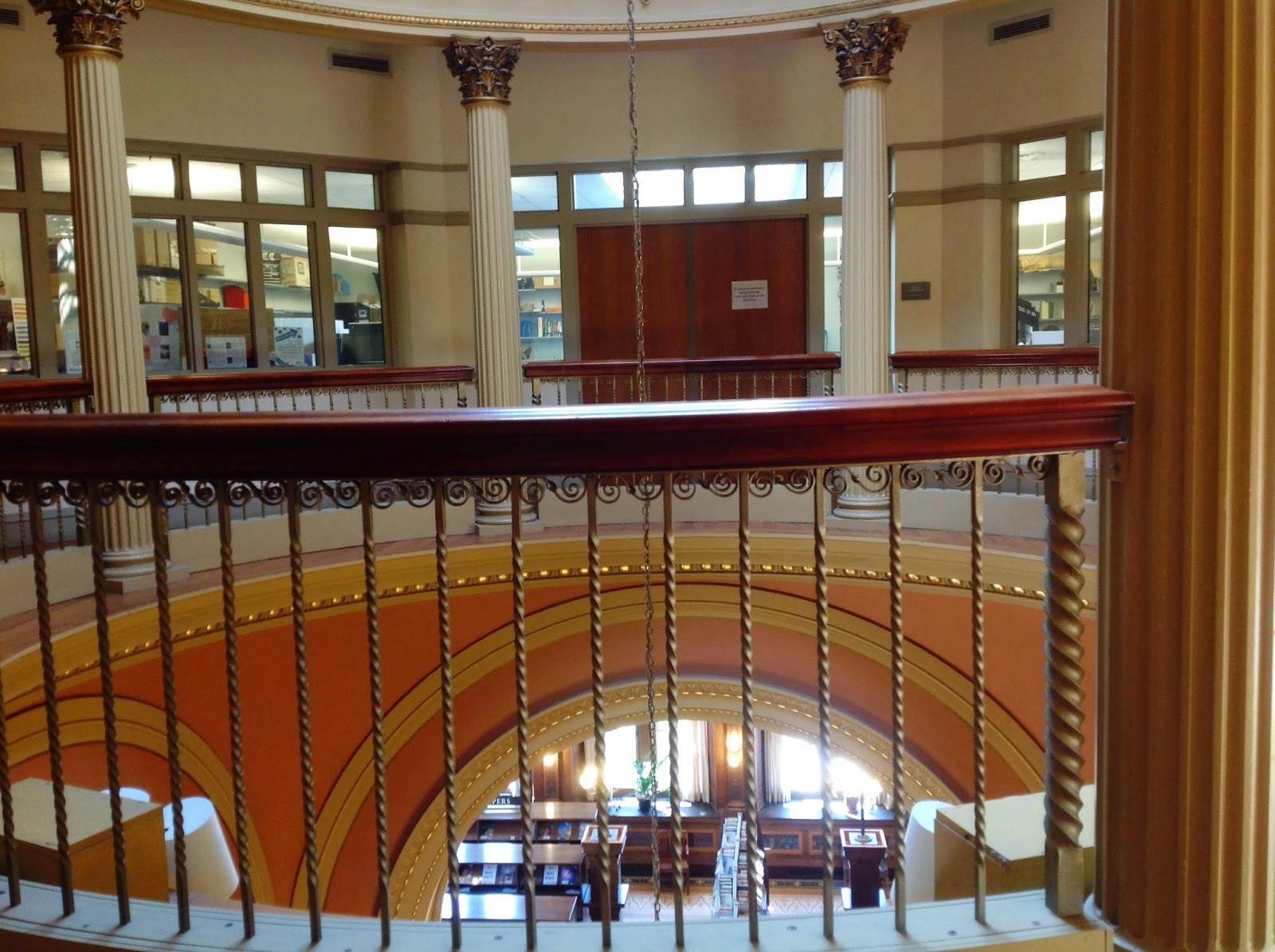 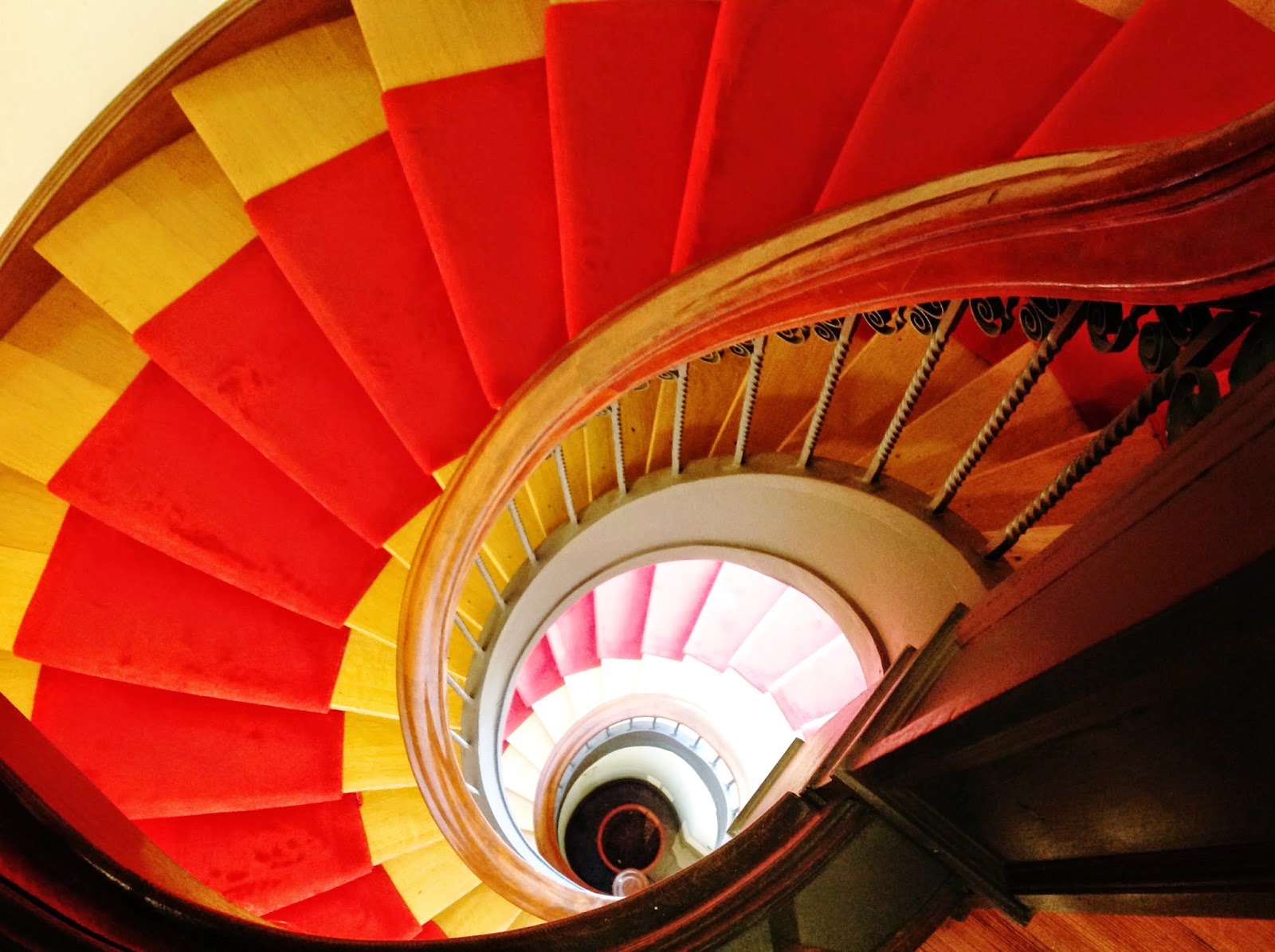 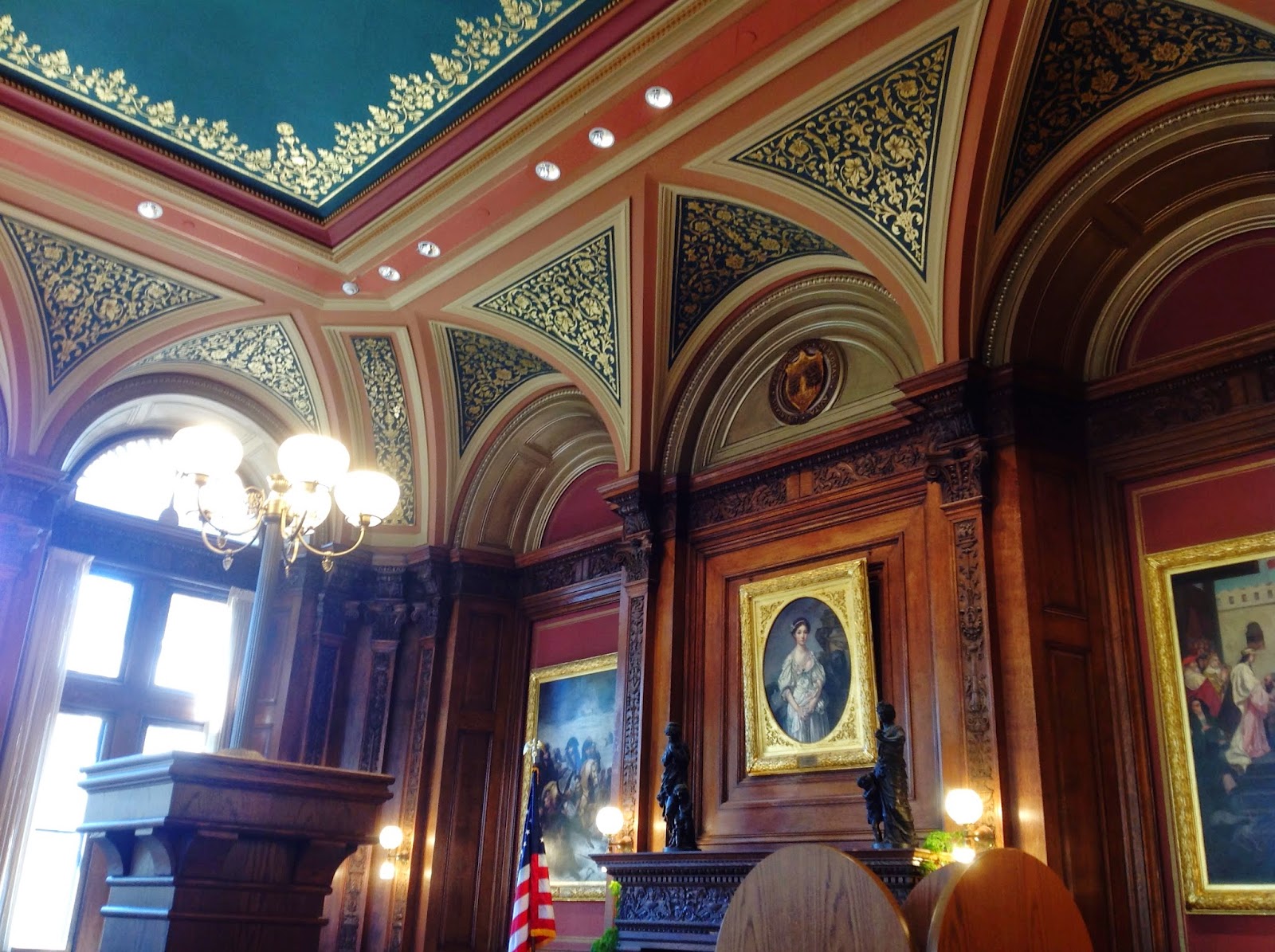 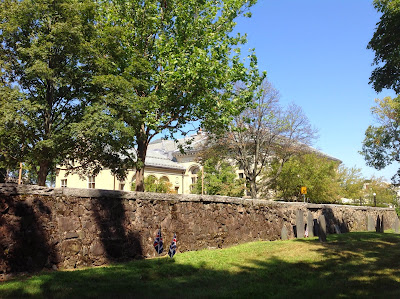 View of the library from the cemetery across the driveway. Notice the two British flags, in honor of two who died near that spot during the Revolutionary War. 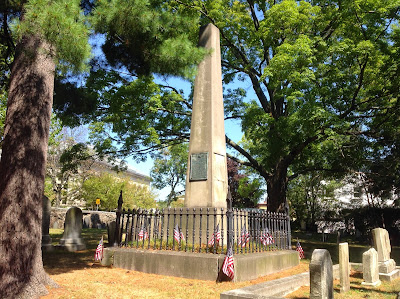 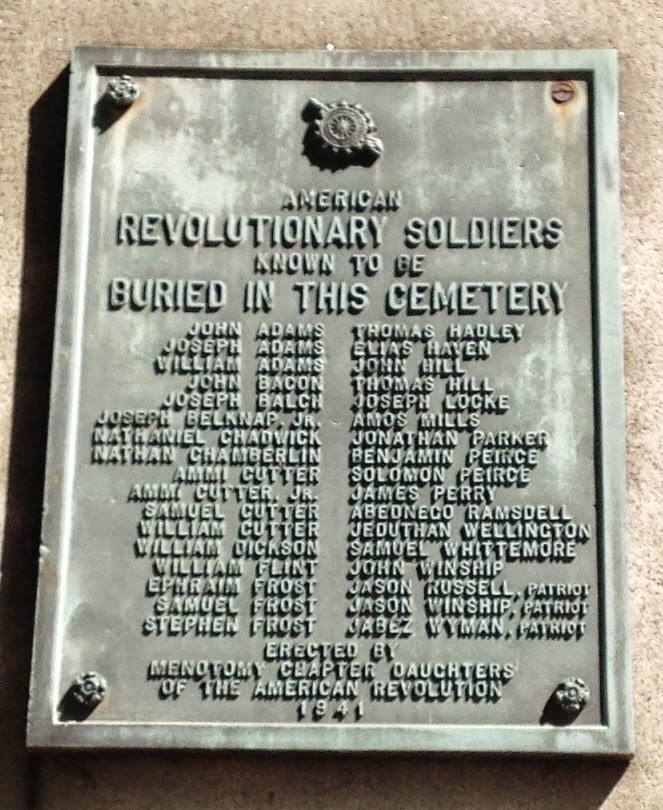 American
REVOLUTIONARY WAR SOLDIERS
Known to be
Buried in This Cemetery


Erected by
Menotomy Chapter Daughters
of the American Revolution
1941 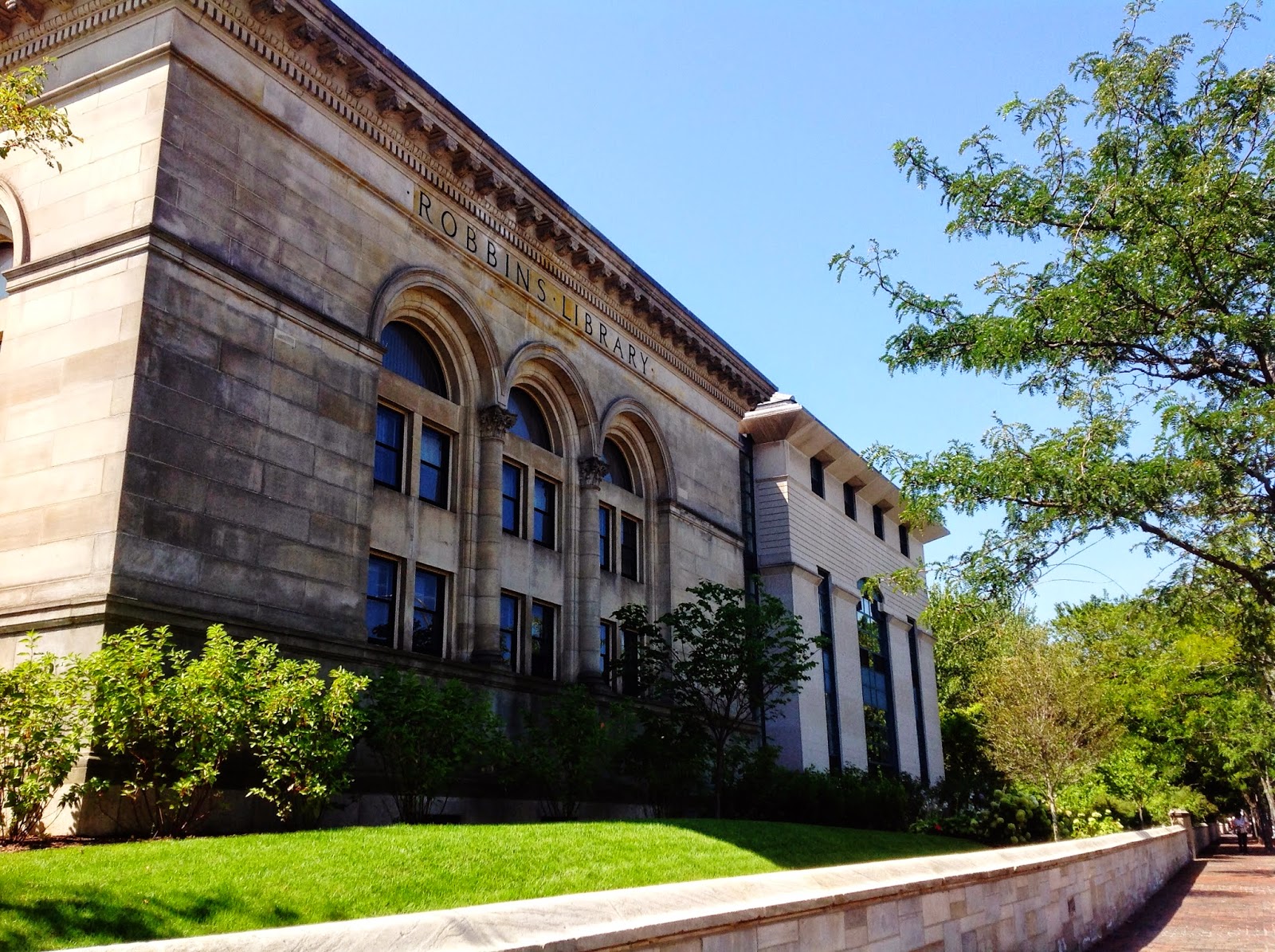 Old front entrance on Massachusetts Ave. Garden to the right, see below. 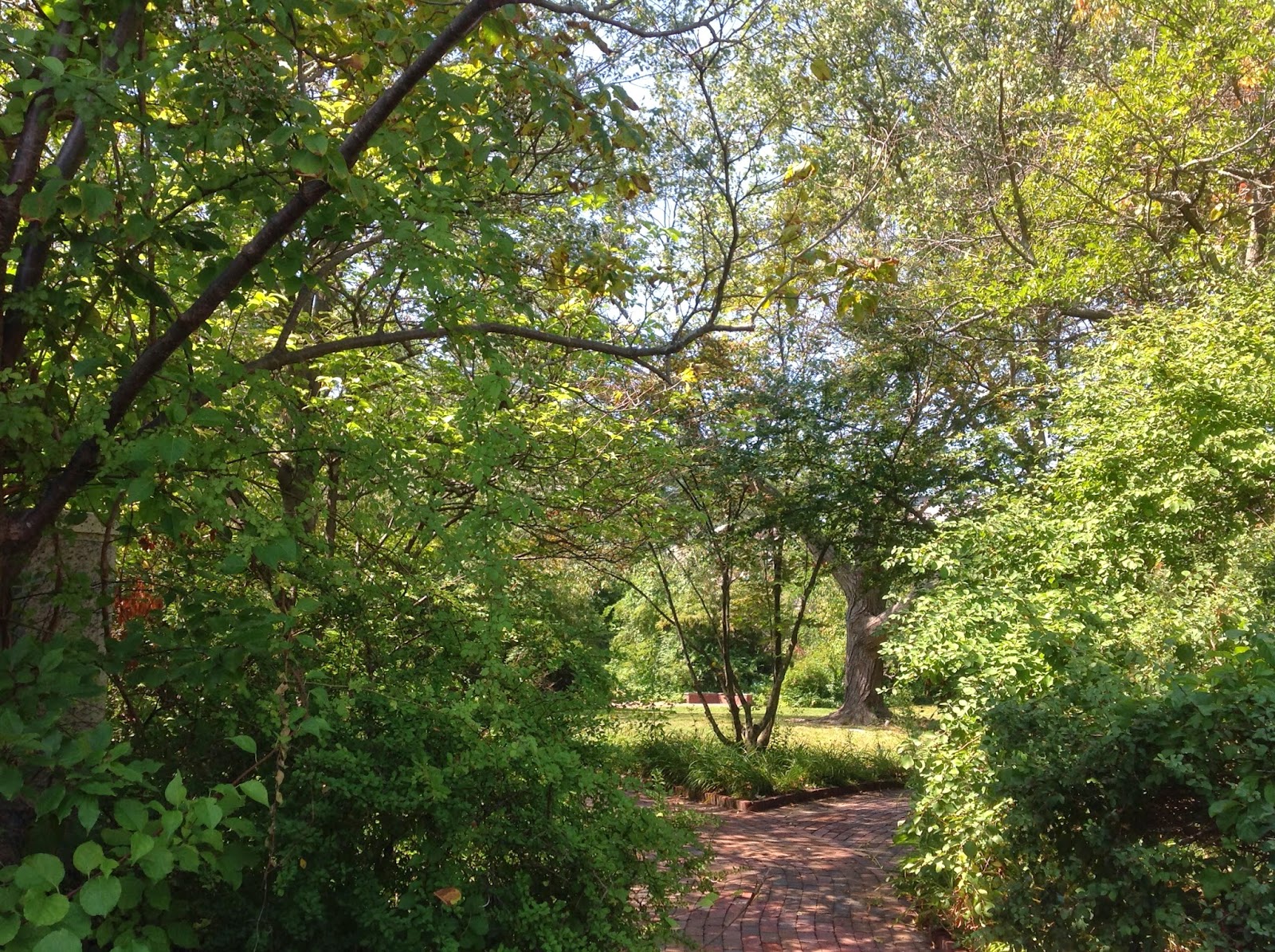 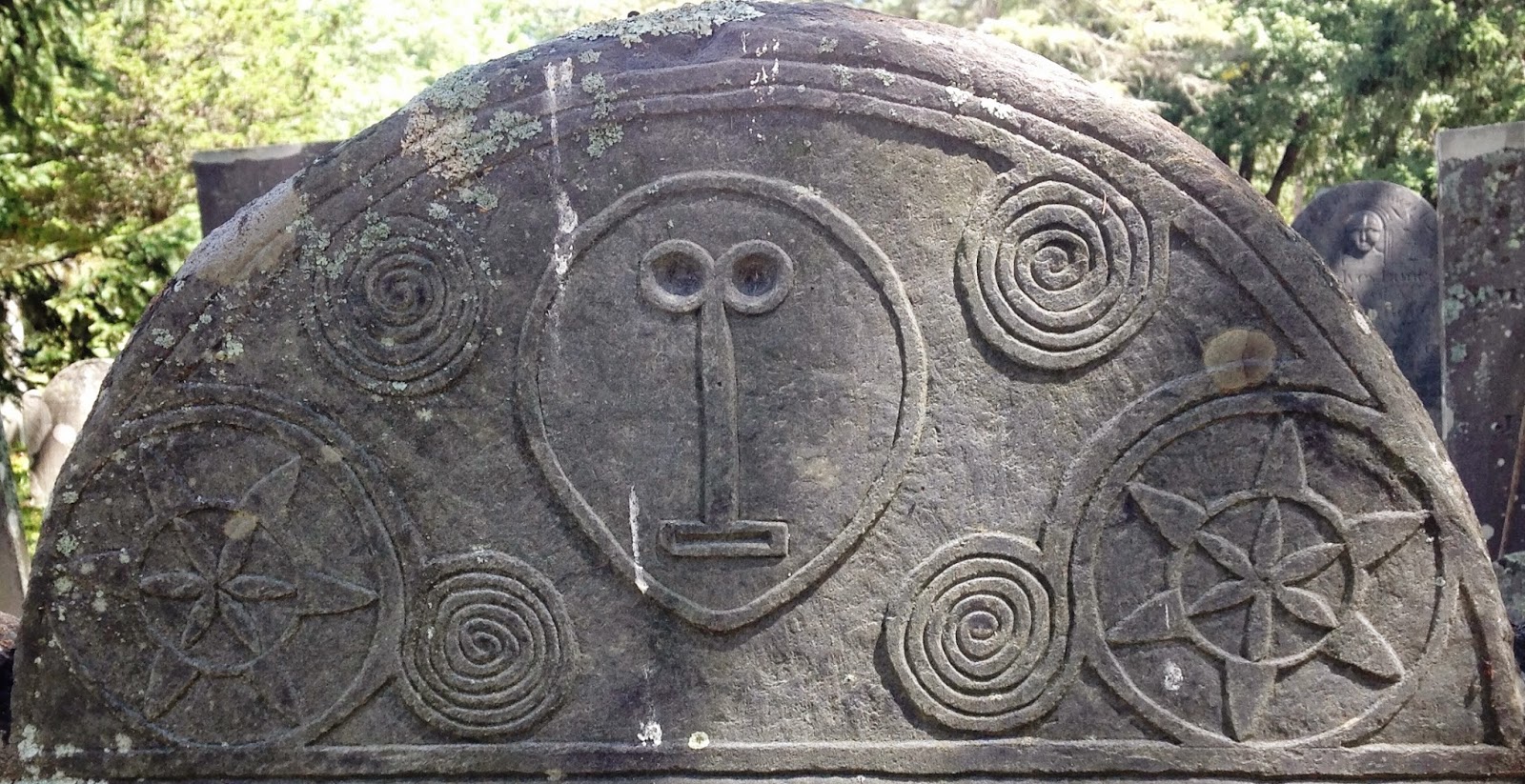 Below is my 7th great-grandaunt's tombstone. She married first to Peter Jenison (see last week's post), and after his death, she married Joseph Brooks. She, her 2nd husband and child were buried together in this cemetery. 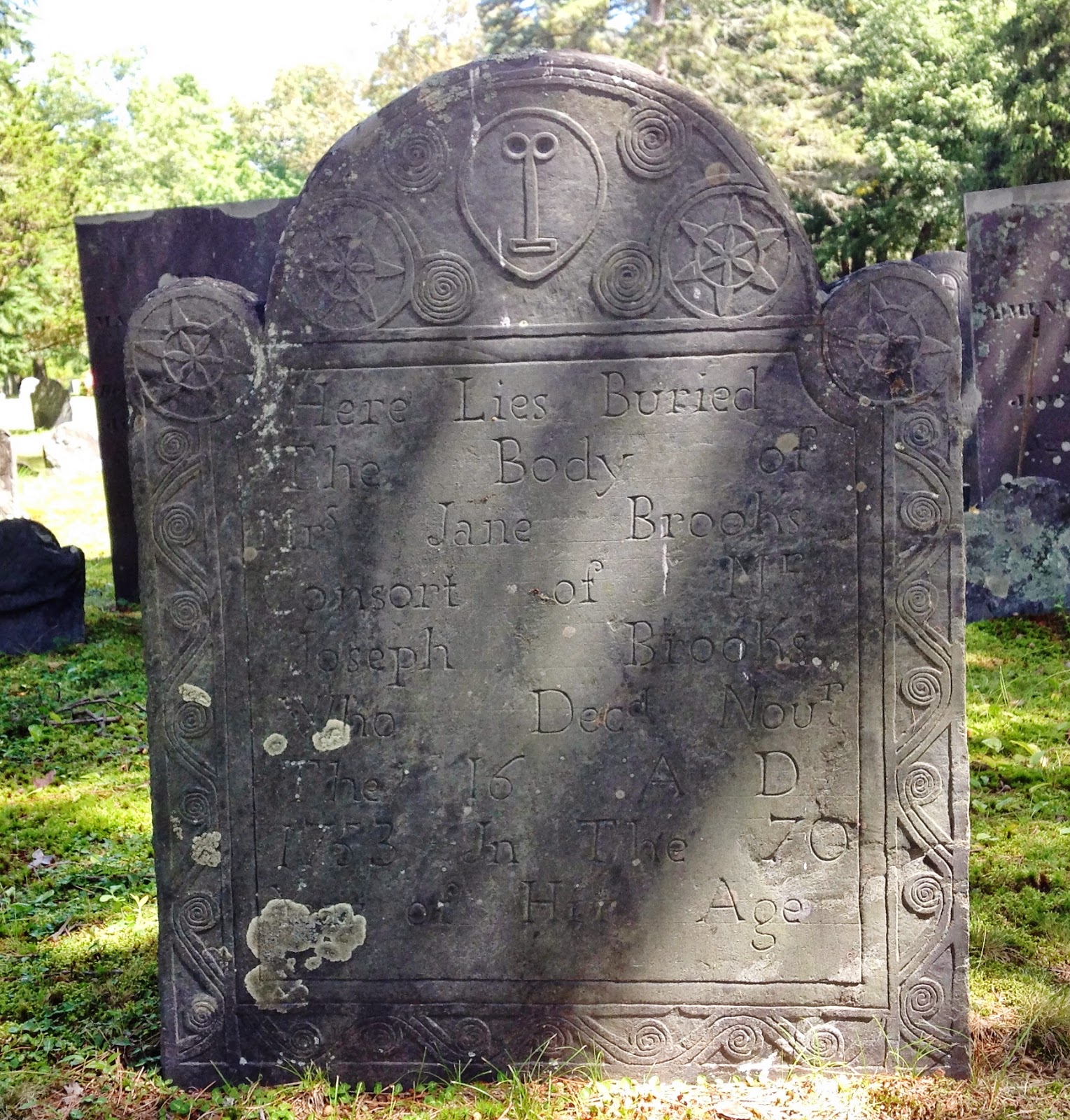 Here Lies Buried
The Body of
Mrs Jane Brooks
Consort of
Joseph Brooks
Who Decd Novr
The 16 A D
1753 in The 70
Year of Her Age. 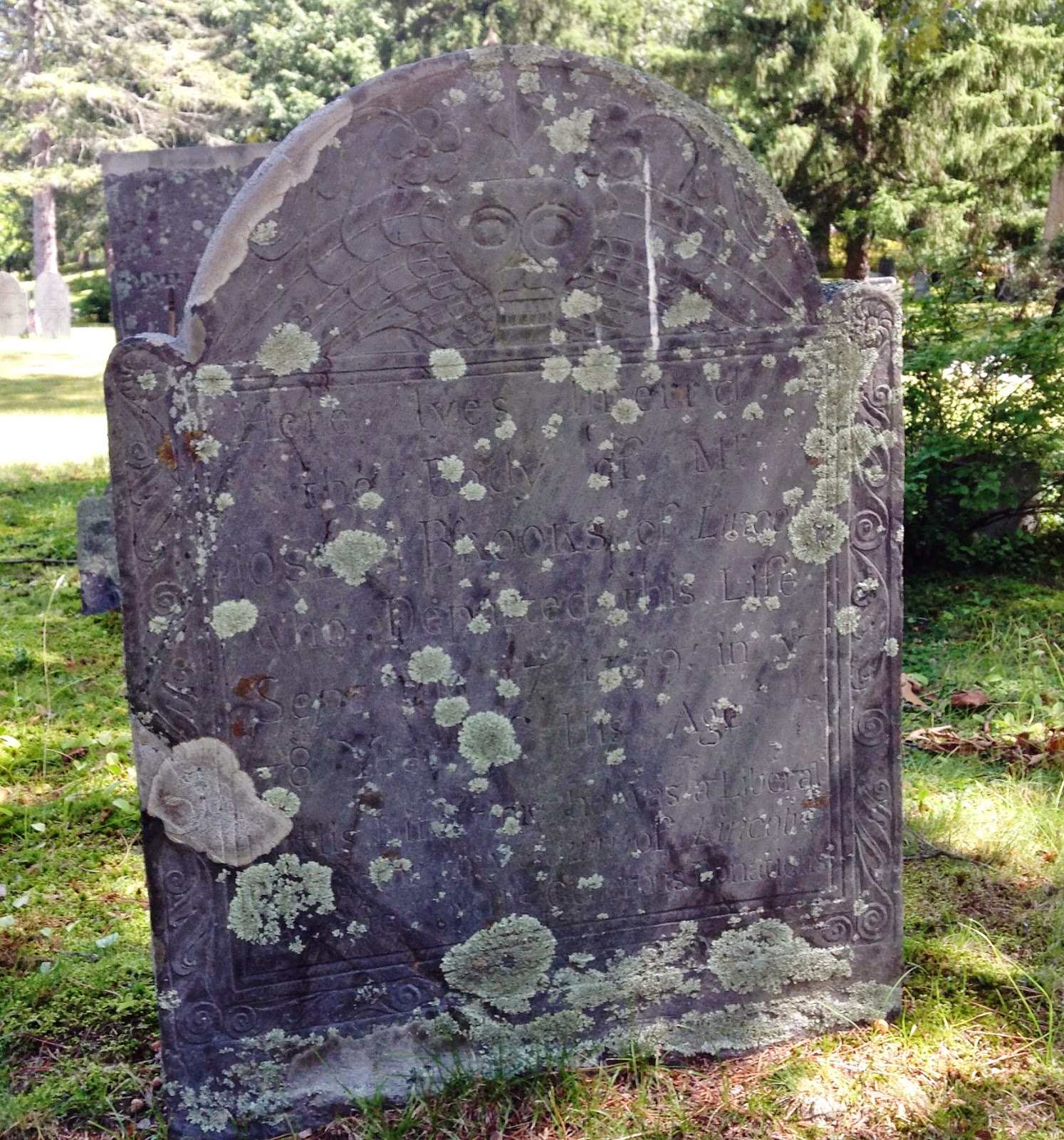 Here Lyes Interred
The Body of Mr.
Joseph Brooks of Lincoln
Who Departed This Life
Sept 17 1759 in Ye
78 Years of His Age.
(Joseph Brooks was my first cousin 9 times removed.) 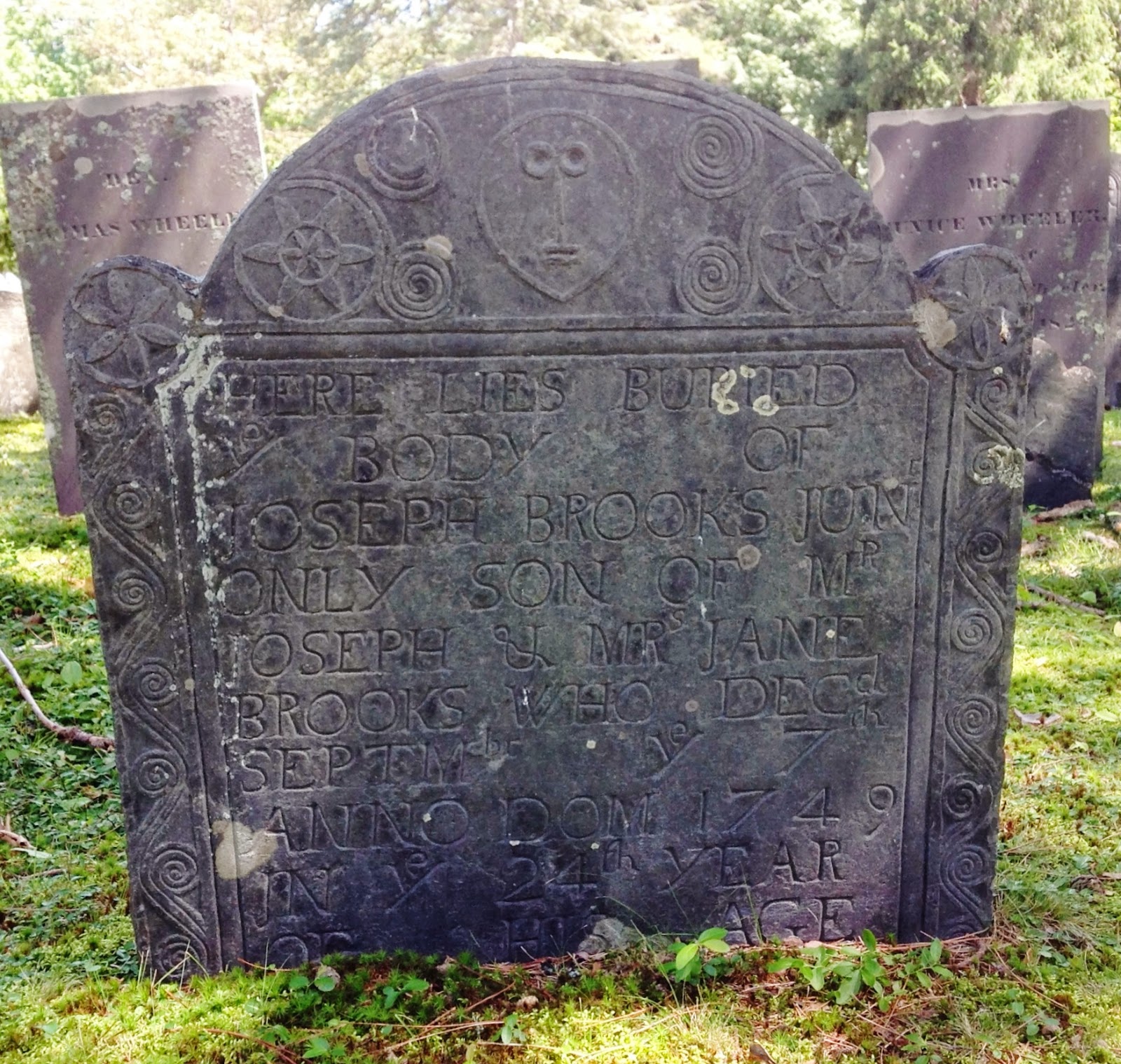 Brooks plot above.
When you turn around, you'll see this lovely field. 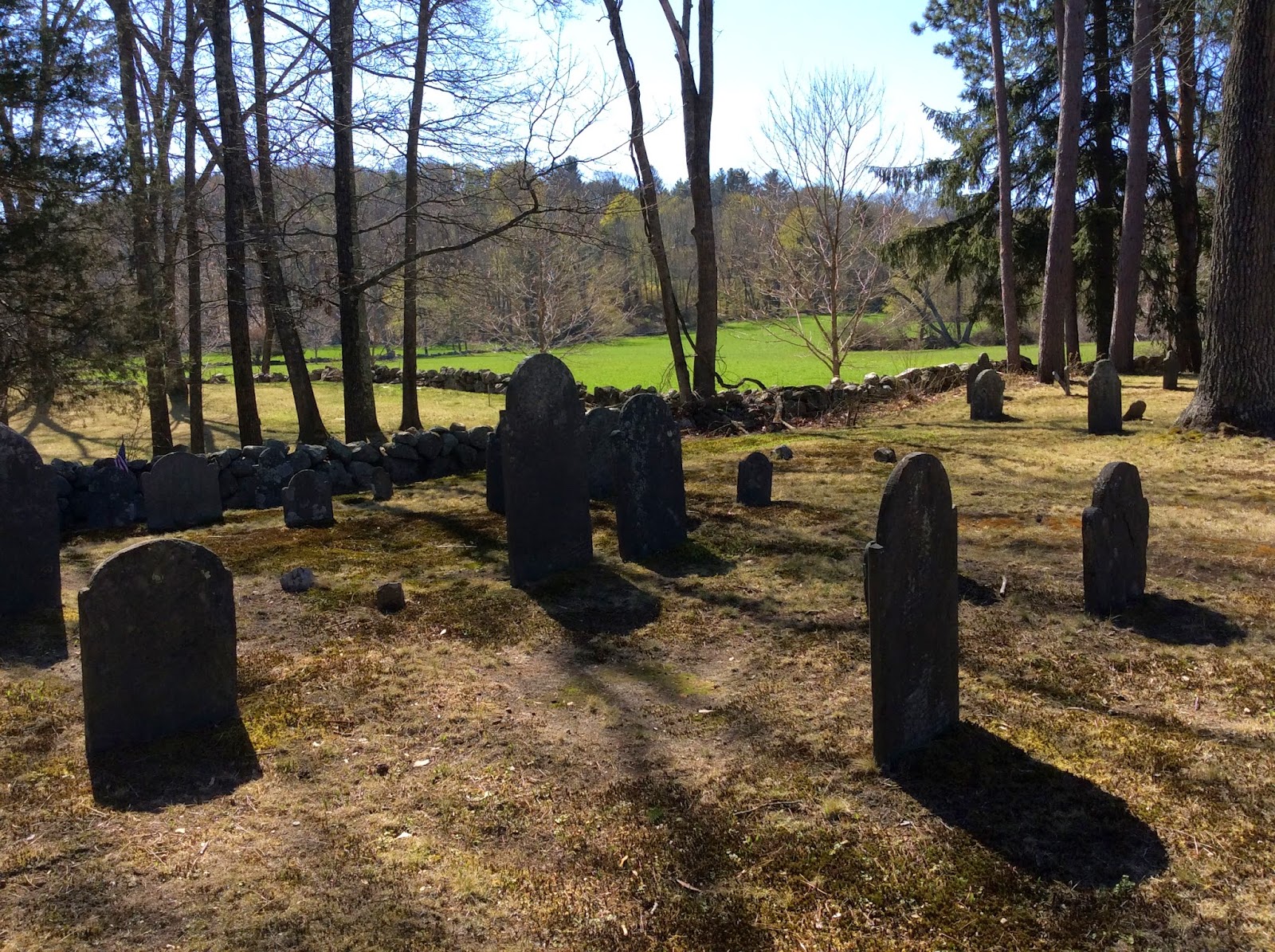 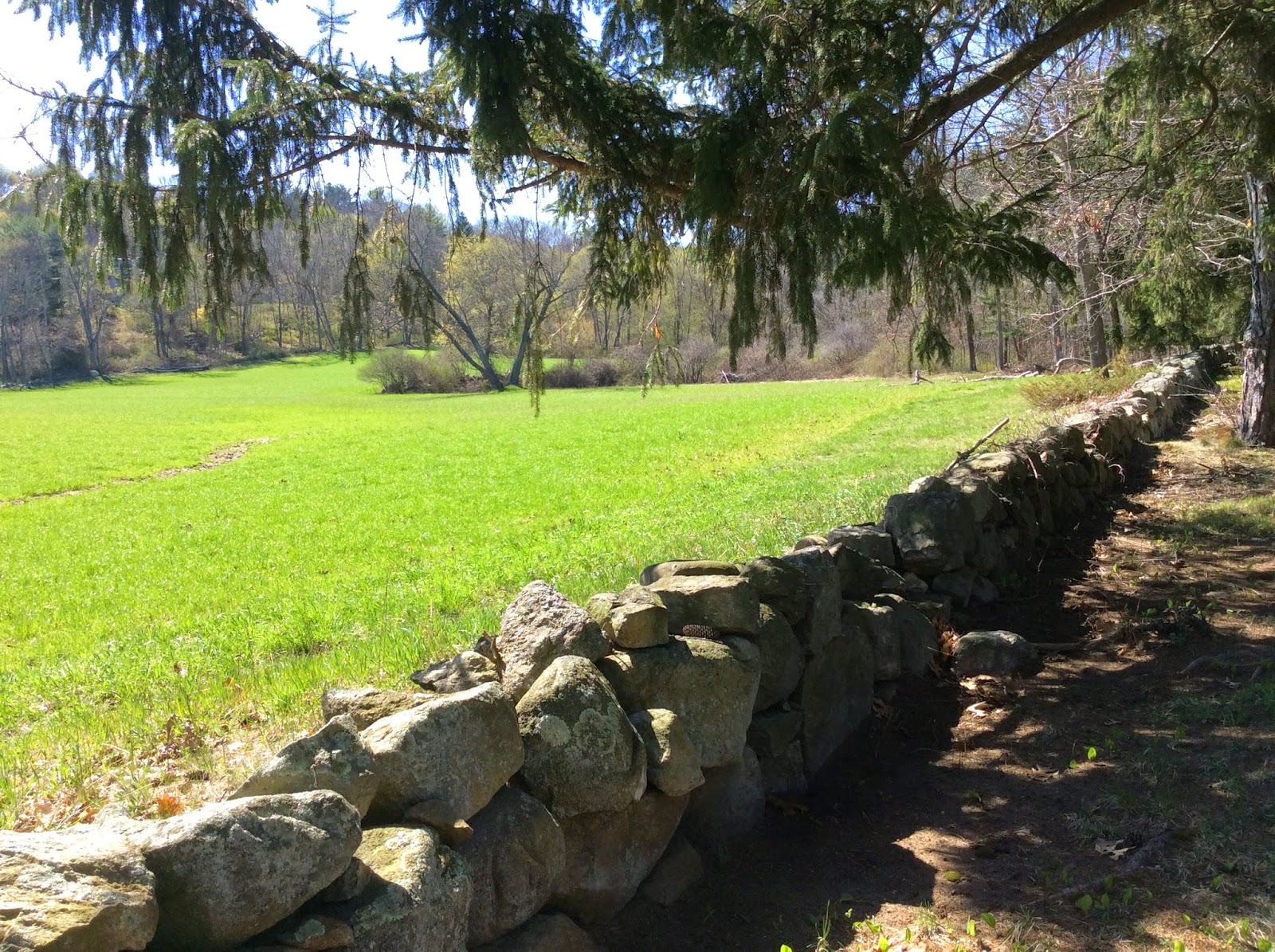 While driving around, I came across a memorial to five British soldiers, shown below. Since the cemetery is in Lincoln, the town where Paul Revere was captured by the British soldiers (then released). I shouldn't have been surprised to see it because other markers for British soldiers are in Concord as well.
Five
British Soldiers
Slain April 19, 1775
Were Buried Here. 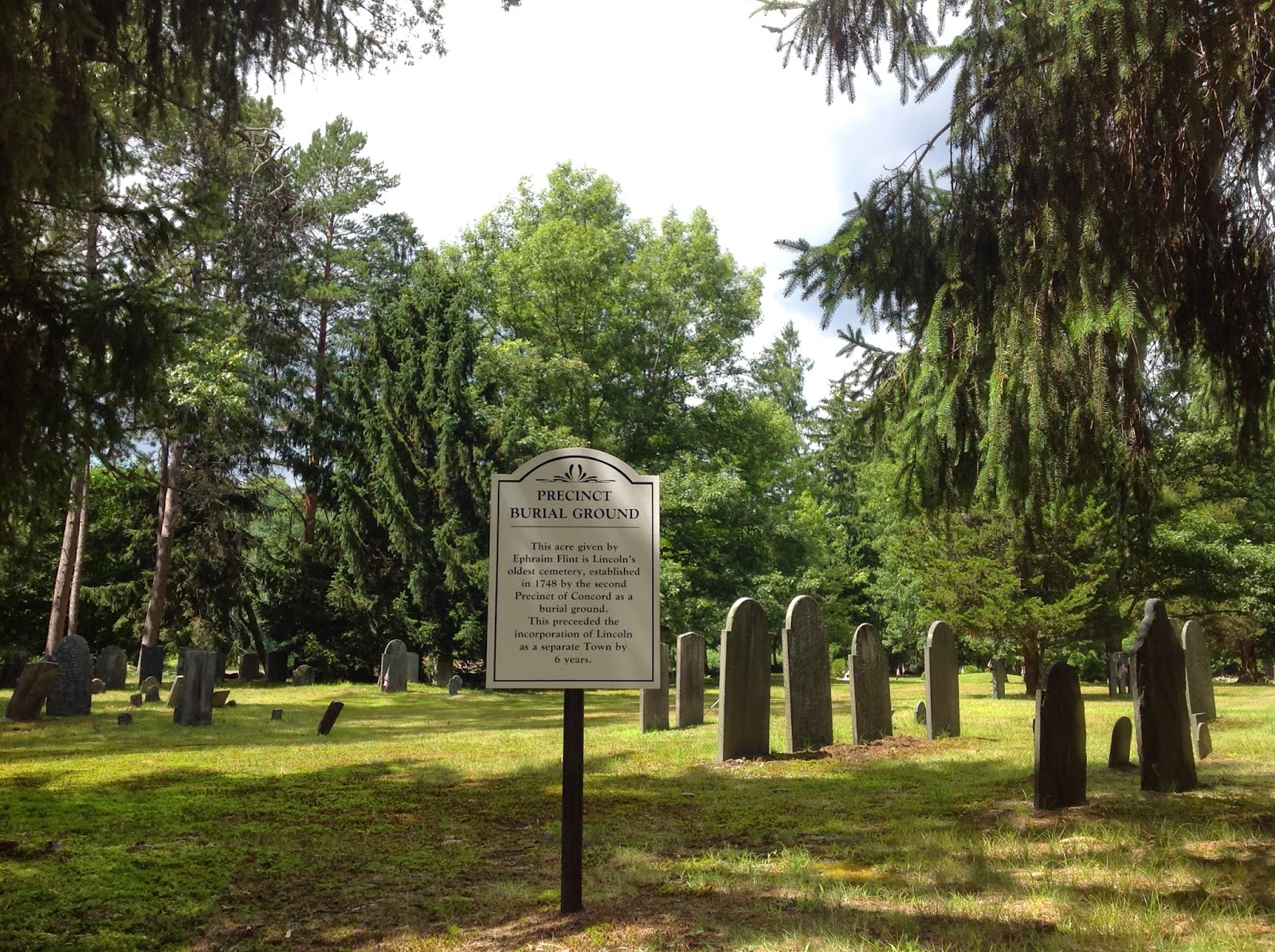 Precinct
Burial Ground
____
"This acre given by
Ephraim Flint is Lincoln's
oldest cemetery, established
in 1748 by the second
Precinct of Concord as a
burial ground.
This preceeded the
incorporation of Lincoln
as a separate Town by
6 years." 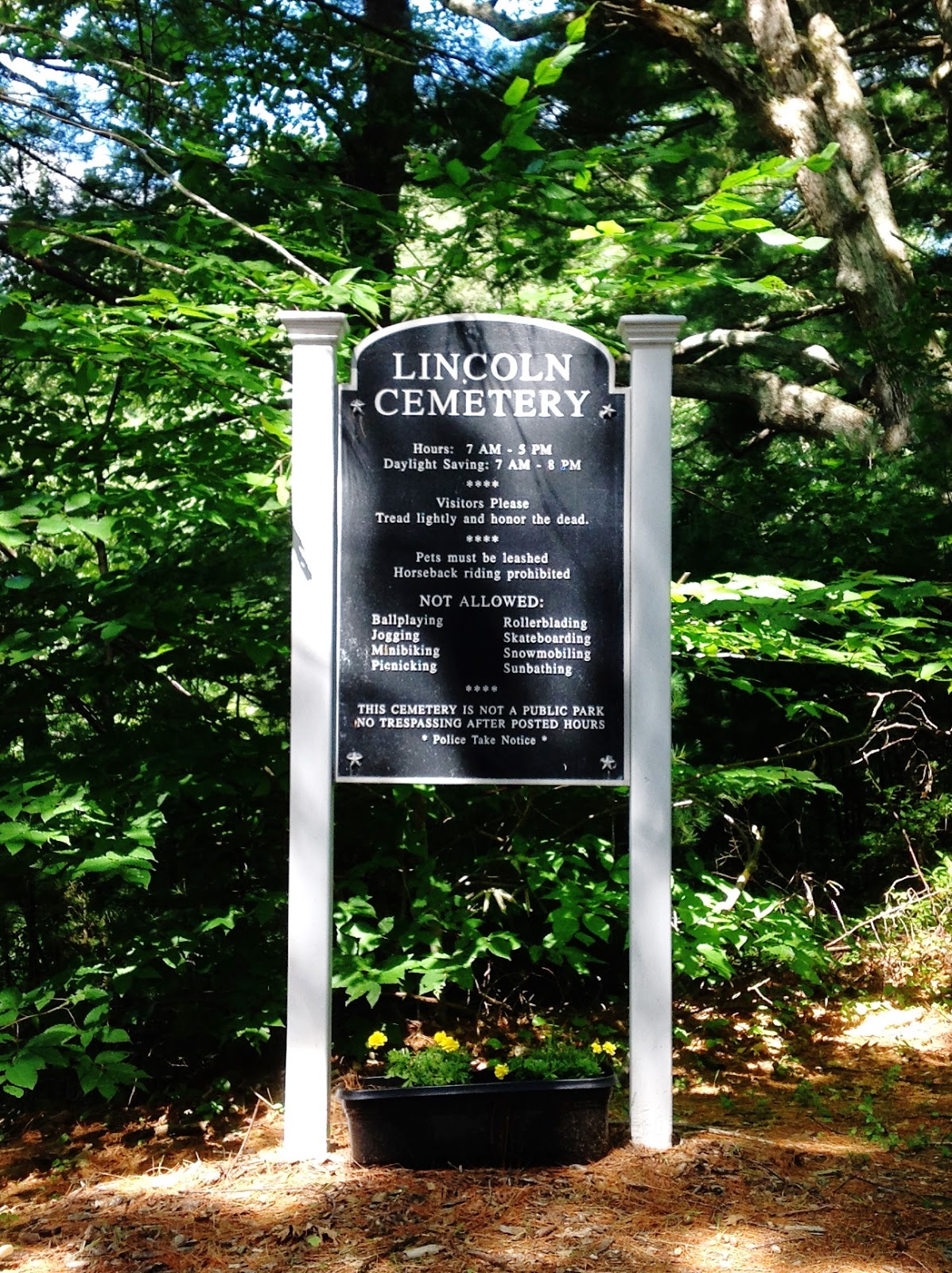 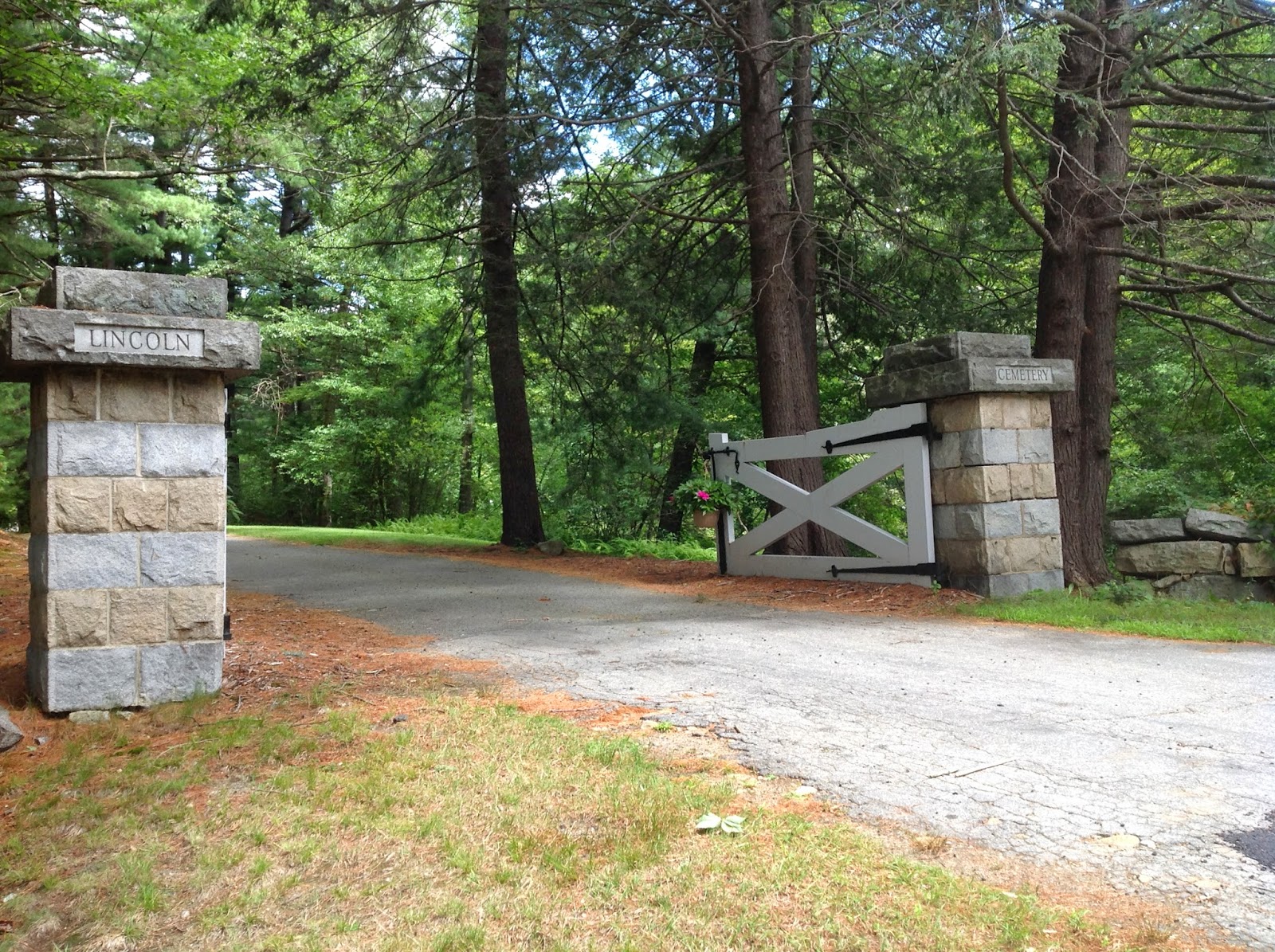