Two Samuel Newells, The Wills and the Deaths

As I organized  and re-read some of my ancestor's wills the other day, I remembered my confusion about the death dates of a father and son many years ago. Both had the same name. It wasn't until I got home that I discovered the son died two years before the father. It was pure luck that I printed both wills out, only because I looked at all the names on the reel with the same first and last name. Never had time to read any wills at the library, it was always done later.


The copies I made were on 11" x 17" size paper, so I could read them, and were copied at the New England Historic Genealogical Society's library in Boston many years ago. My two Samuel Newells were both from Farmington, Hartford Co., Connecticut. One record dated 1751, the other 1753. They followed each other on the microfilm, Roll 93 Probate Records C69 Hartford District, 1641-1880 (Neuberth - Norris, G.).


Because of the size of the wills, I brought the wills to FedEx yesterday, where they were scanned to a flash drive. 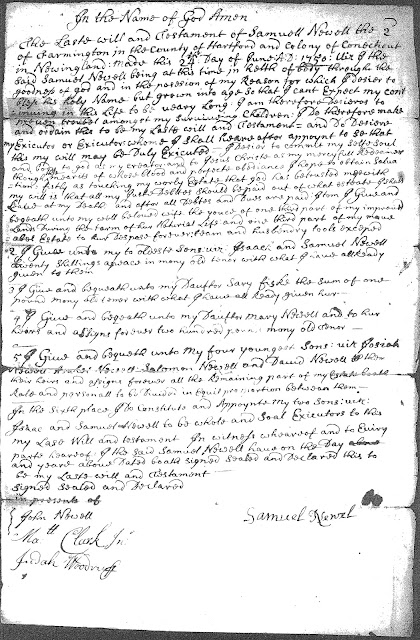 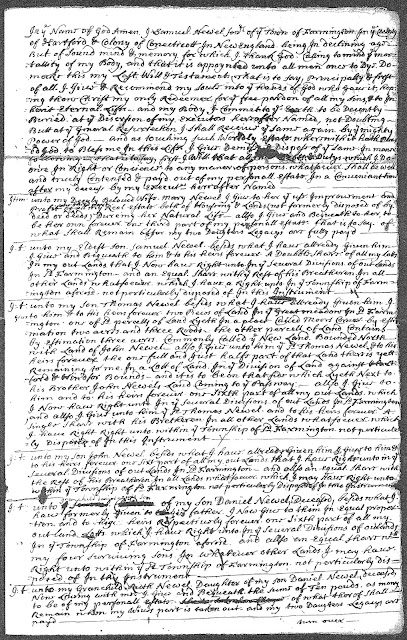 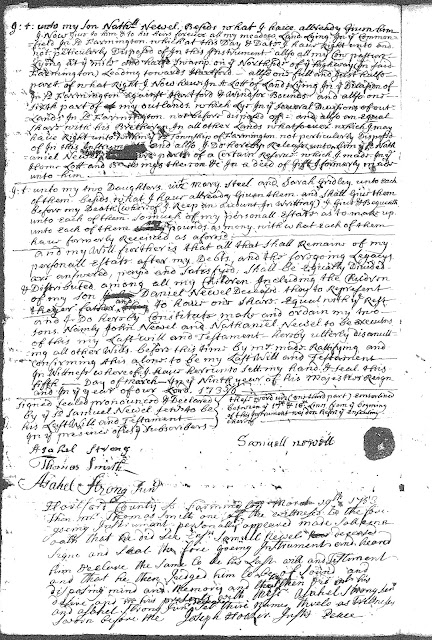 Genealogy report of my Newell Line, as presented in a previous post.
Gravestone photos of very early Newell ancestors.
Labels: Location: Connecticut, Surname: Newell, Will
Email ThisBlogThis!Share to TwitterShare to FacebookShare to Pinterest