About three years ago, I decided I would take a series of photos showing the transformation of a worn down old mill into something else. Every year, several times a year, I would take photos. Finally, in the fall of 2014, I discovered, once the sign was up, that the mill was now known as the Counting House Lofts at 109 Jackson Street in Lowell.

My photos go in order, showing the oldest first in each series, the most recent is last. To get a feel for the project, I'm showing just the first three photos full size. Many of our old mills have been renovated and are used for living quarters (condos or apartments), office spaces, shops, a small movie theater, various college and other classrooms, and large businesses. The mill to the right will be completed in 2017. 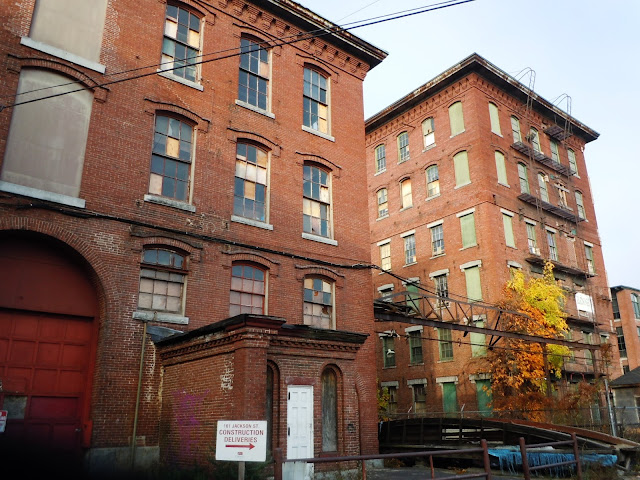 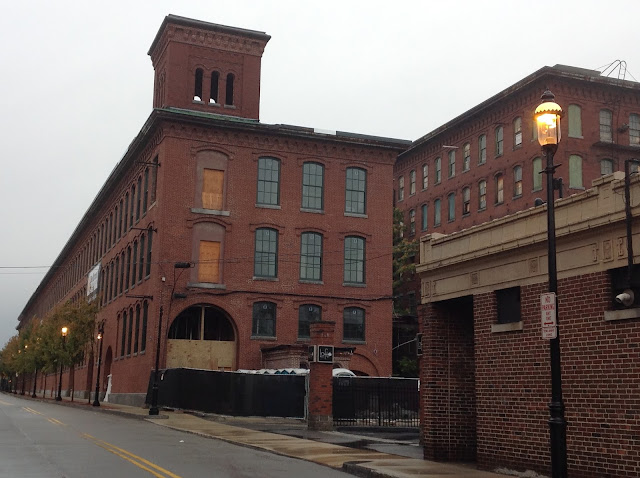 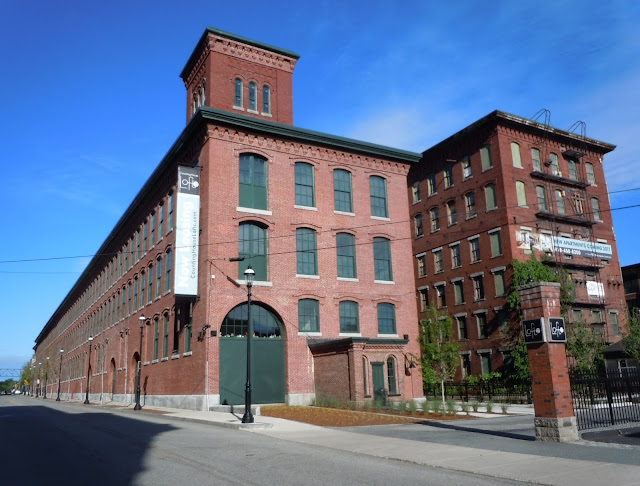 These mills on Jackson Street have been in pretty bad shape for many years. Back in the 60s, I used to walk to them, from my office, to buy Girl Scout cookies or fabric. As recently as 1994, I even had a job interview in the building on the right. 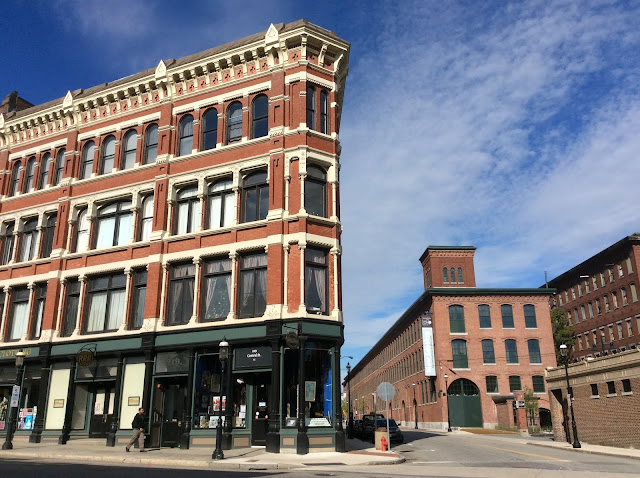 View from Central Street, you can see Jackson Street and Counting House Lofts. 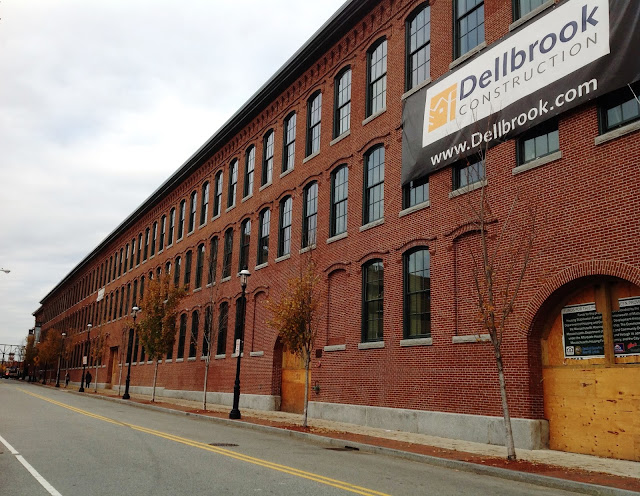 Almost done, but without a name.
These two are facing Canal Street (above and below). 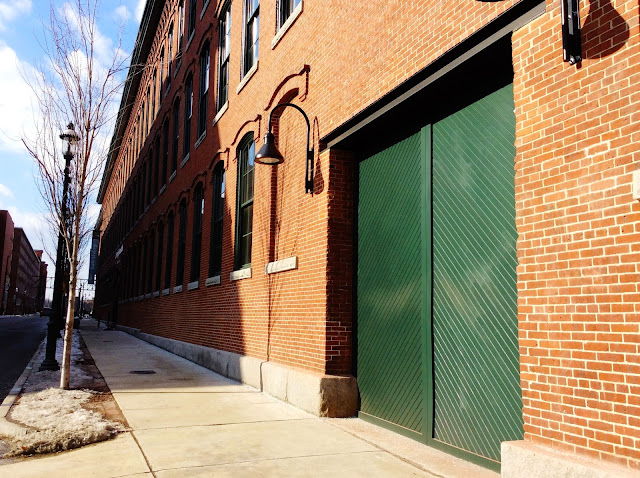 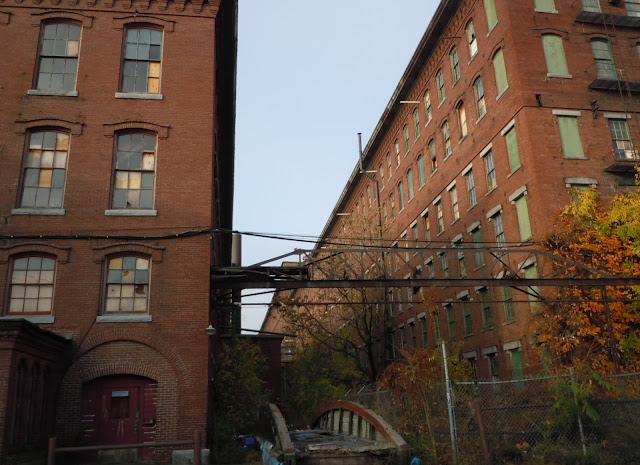 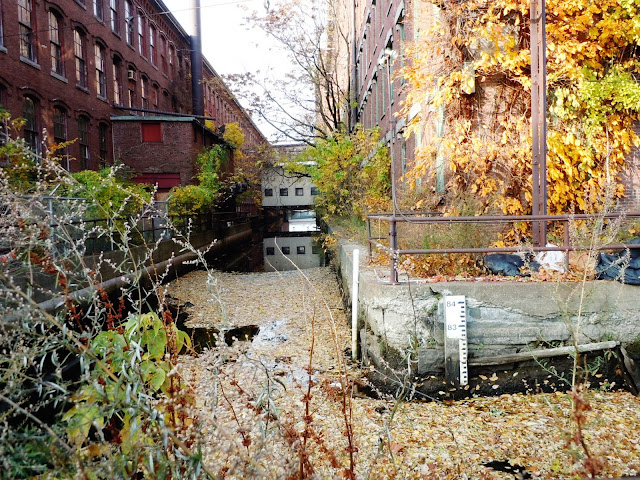 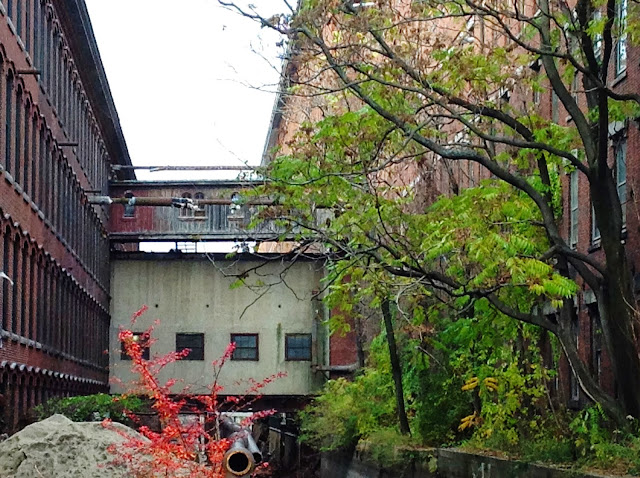 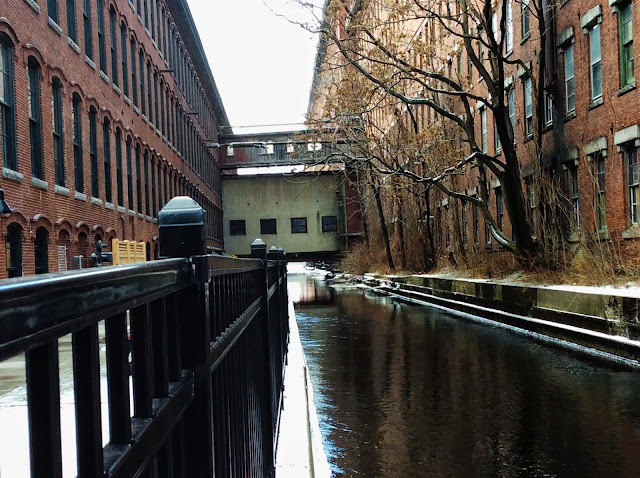 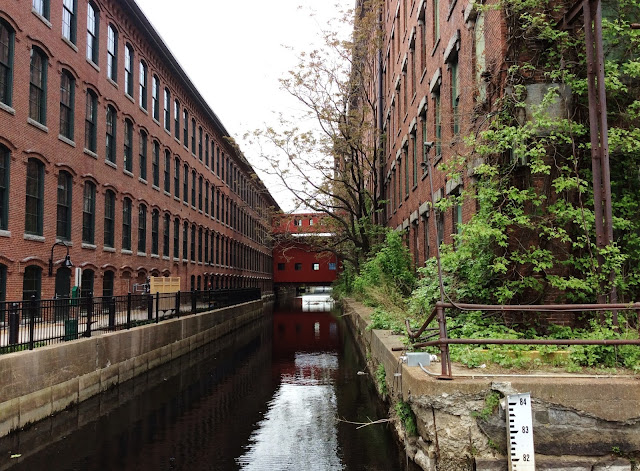 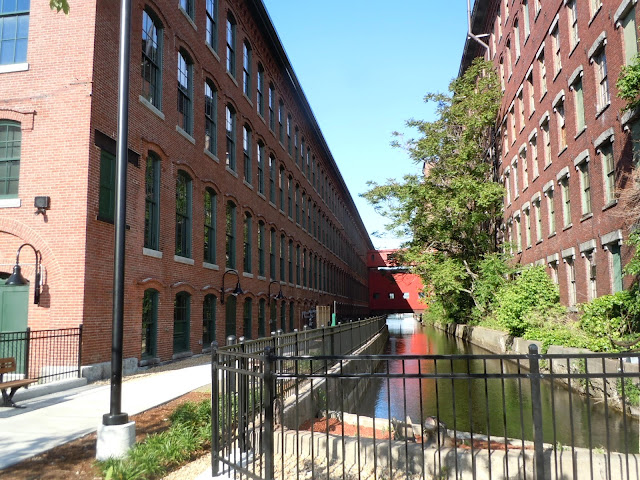 Photos of the Interior
In May, 2015, I had the opportunity to see the inside of this renovated mill, during an open house event for everybody, called Doors Open Lowell. 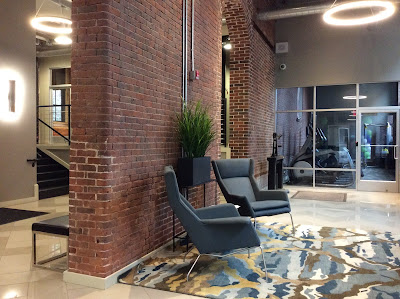 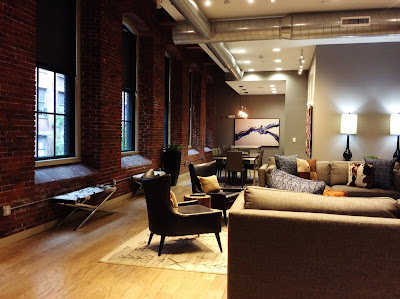 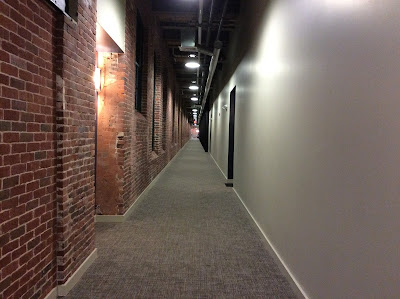 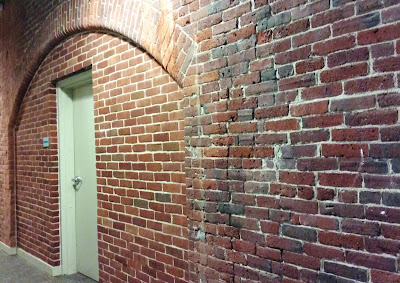 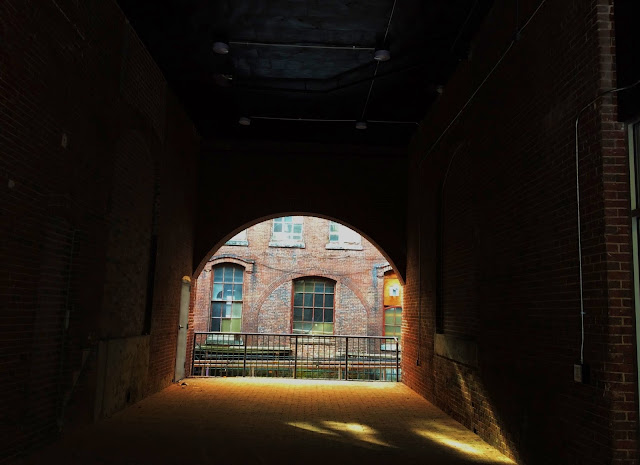 The main entrance to the lofts is on the right. I was very luck to get this picture, because a few days later it was covered with a long banner advertising the Lofts as well as covering what residents would see out their windows if they faced this current dilapidated mill. However, it is in the process of being renovated, so perhaps the banner will be taken down. 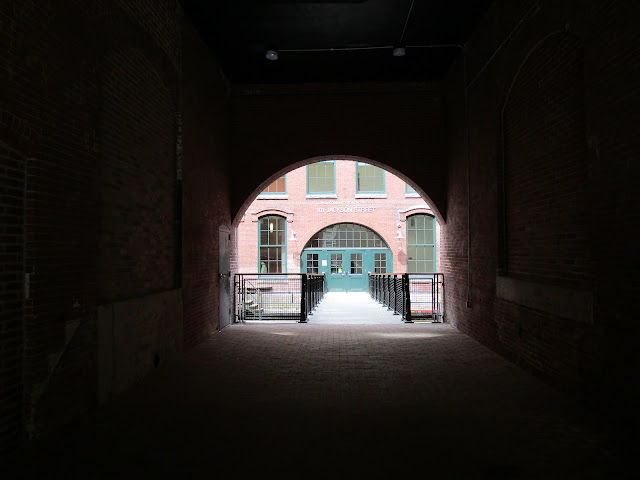 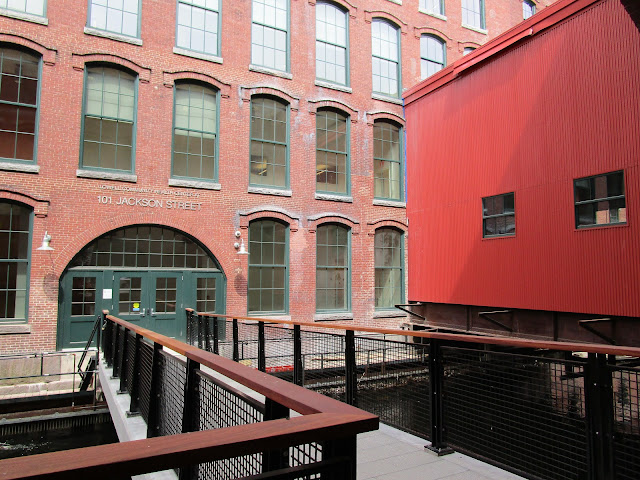 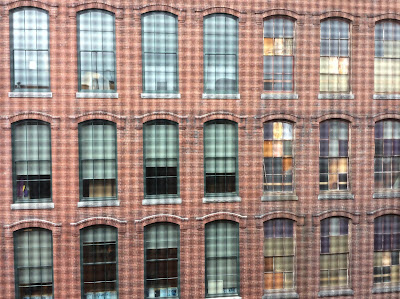 On the 3rd floor of the Lofts, I was able to take this photo, through a screen, of the Appleton Mills. You can see the first four windows to the left have been completed, because it's a medical facility, but the other three are quite a sight. Notice that only part of this mill is completed. 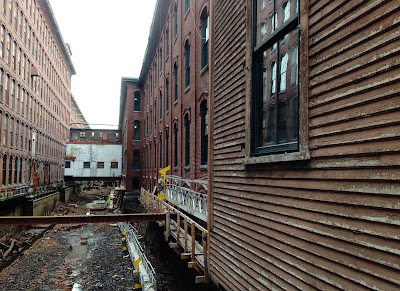 Water is drained yearly in all of the Lowell canals.
From the west side, you can see the progression of the project on the above right, in the next two photos. 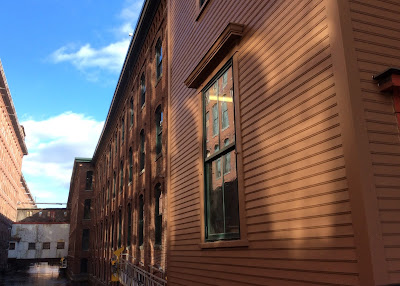 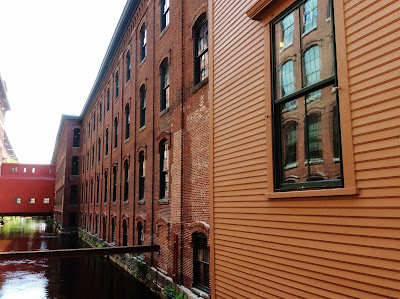 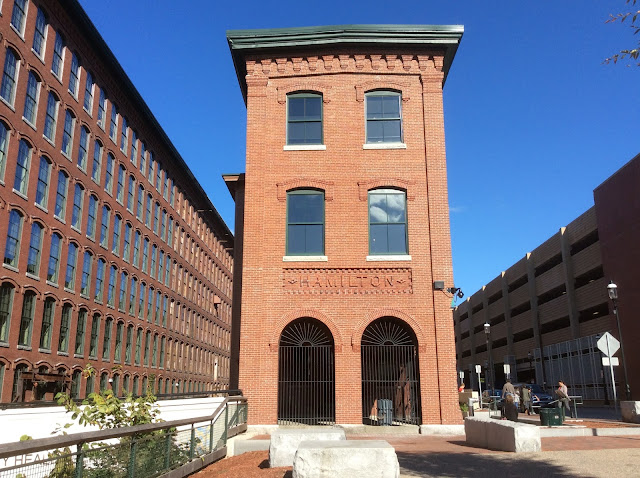 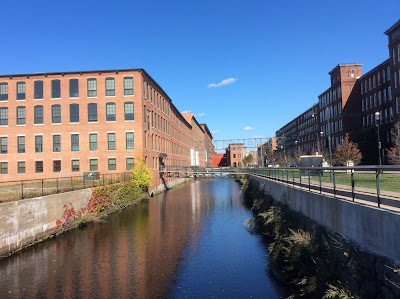 Hamilton Canal is in the center. Appleton Mill is on the left, and Mill No. 5 on the right. There are three bridges to walk over to get to the mill on the left. 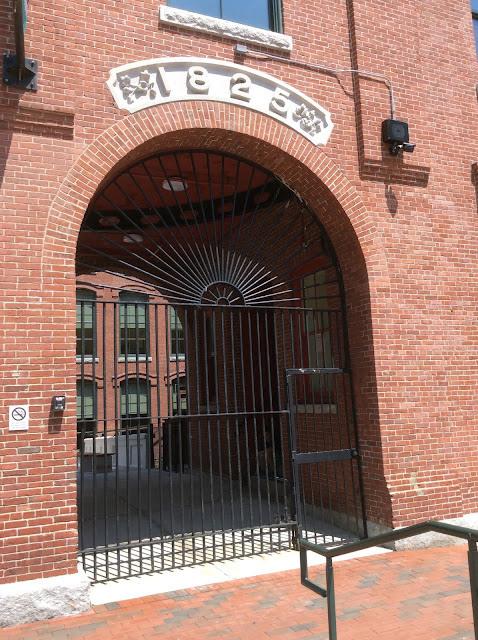 West entrance (above and below) 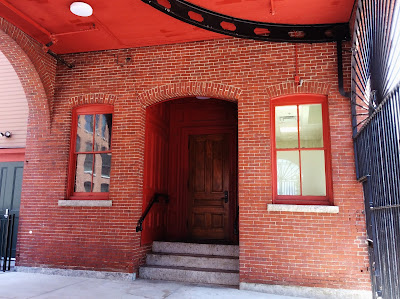