Alameda, California House -- Before and After 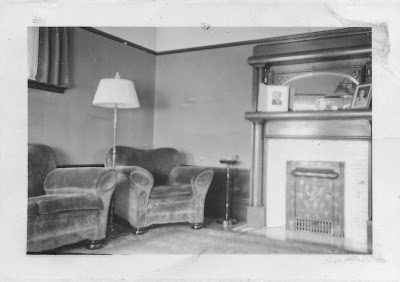 We moved to Alameda, California, from Connecticut, sometime in 1944. The two photos show the before and after in our living room. Since my mother majored in textiles in college, I'm positive she did the upholstery work. This room really needed an update, and I think the furniture was second hand, or maybe was even left in the house by the previous owners. 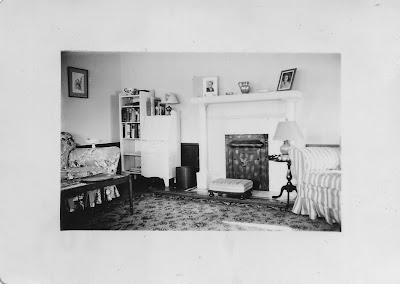 In my blog post of November 25, 2009 called, "Alameda House  --  Before and After" I wrote, "My mother and Steve Danko (genealogy blogger and friend) both took pictures of the same house." There was probably a 50 year difference between the two.