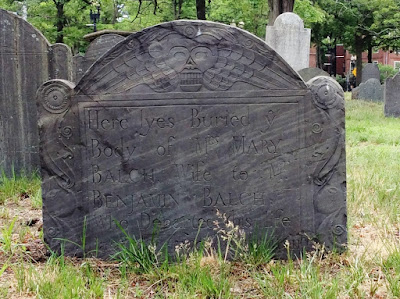 On July 4th, 2015, I went to the Old Burying Ground in Harvard Square, Cambridge, Massachusetts for two reasons. First, to locate stones of my newly discovered ancestors, William Manning and his wife Dorothy, and to find the stone for Mary Prentice Balch. I was able to locate both, because of photos I had as a guide.

Mary Prentice was my 6th great-grandmother. Unfortunately, I don't know where her husband, Benjamin Balch was buried (his date death and location are still unknown). However, Mary's parents, Solomon Prentice and Hephzibah Dunton were both buried in this same cemetery. I took their photos in 1999, 16 years before their daughter. 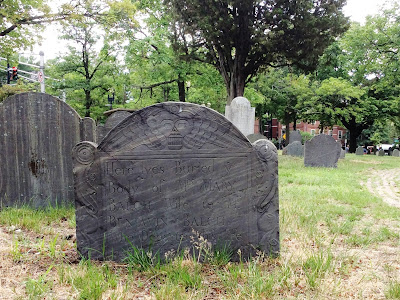 If I don't know where somebody is buried, the first thing I do is go to www.FindAGrave.com and put in the persons name and other data, if known. Often there will be a photo. In the below picture on the FindAGrave site, you can see a rather tall stone on the back right (behind Mary's stone). This clue made my search rather easy. You need to remember, they can look different, depending if the photographer is sitting, kneeling or standing. 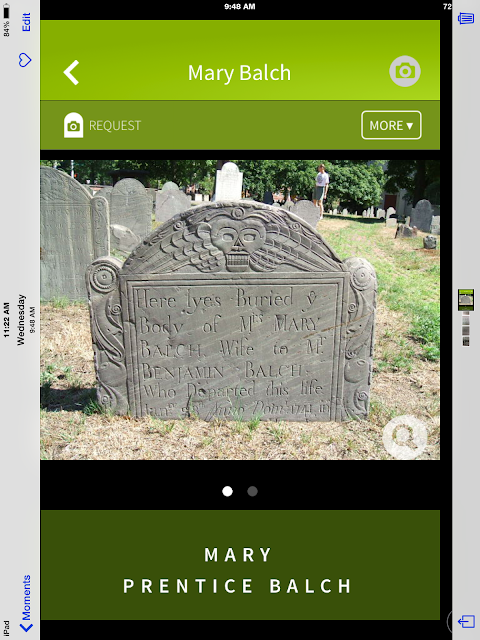 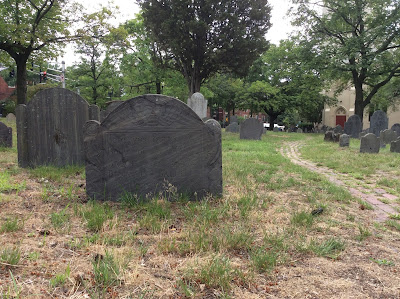 Her siblings, Elizabeth and Nathaniel were also buried here. 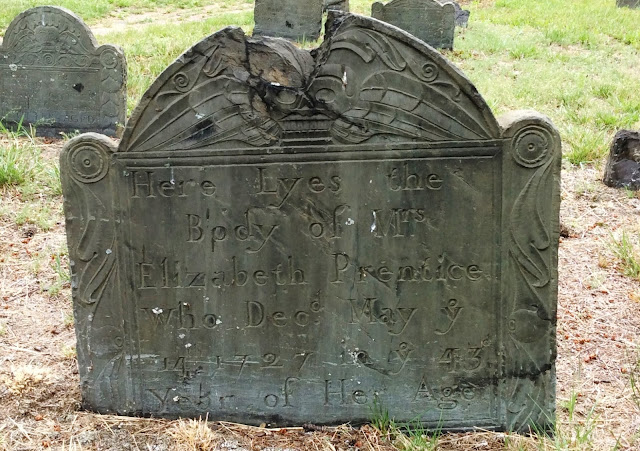 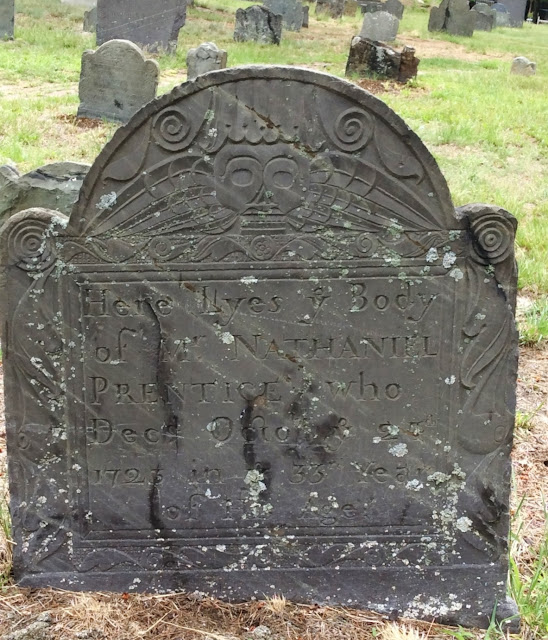