Van Woert and Van Ness, They were listed in a Bible

In 2003 I found, online, a typed transcript of a Bible showing births and marriages of the Van Woert family of New York. At that time, I already knew who this family was, and even made a trip in 1999 to Oneonta, New York to take photos of their cemetery stones at the Plains Cemetery. There were two generations, for a total of four photos, as shown in my post of February 2010
http://lifefromtheroots.blogspot.com/2010/02/tombstone-tuesday-van-woert.html

Finding this Bible transcript didn't help me at all, since I had the information, but instead of throwing it away, I decided to post this transcript, in case it helps anybody with this Dutch family. I'm not sure if the original website is active, I just decided to do a Google search, using Van Woert and Van Ness, and yes, there is a new link, but the material is the same.

Below is the transcription, and the one I printed in January 2003. I wasn't able to get permission to post, since I believe it isn't an active site. The below Bible and other links to miscellaneous sites may be seen at Van Wert, Ward, Rutgers and allied names.

"In the Family Bible of Peter Van Woert

[In this typed record, the format is inconsistent. To clarify, instead of using the original's ditto marks, I have inserted the word intended to be copied.]

In the Family Bible of Peter Van Woert, on a loose leaf, was a Record of the Van Woert Family

[The next three entries were typed in the margin to the right of the previous three.] 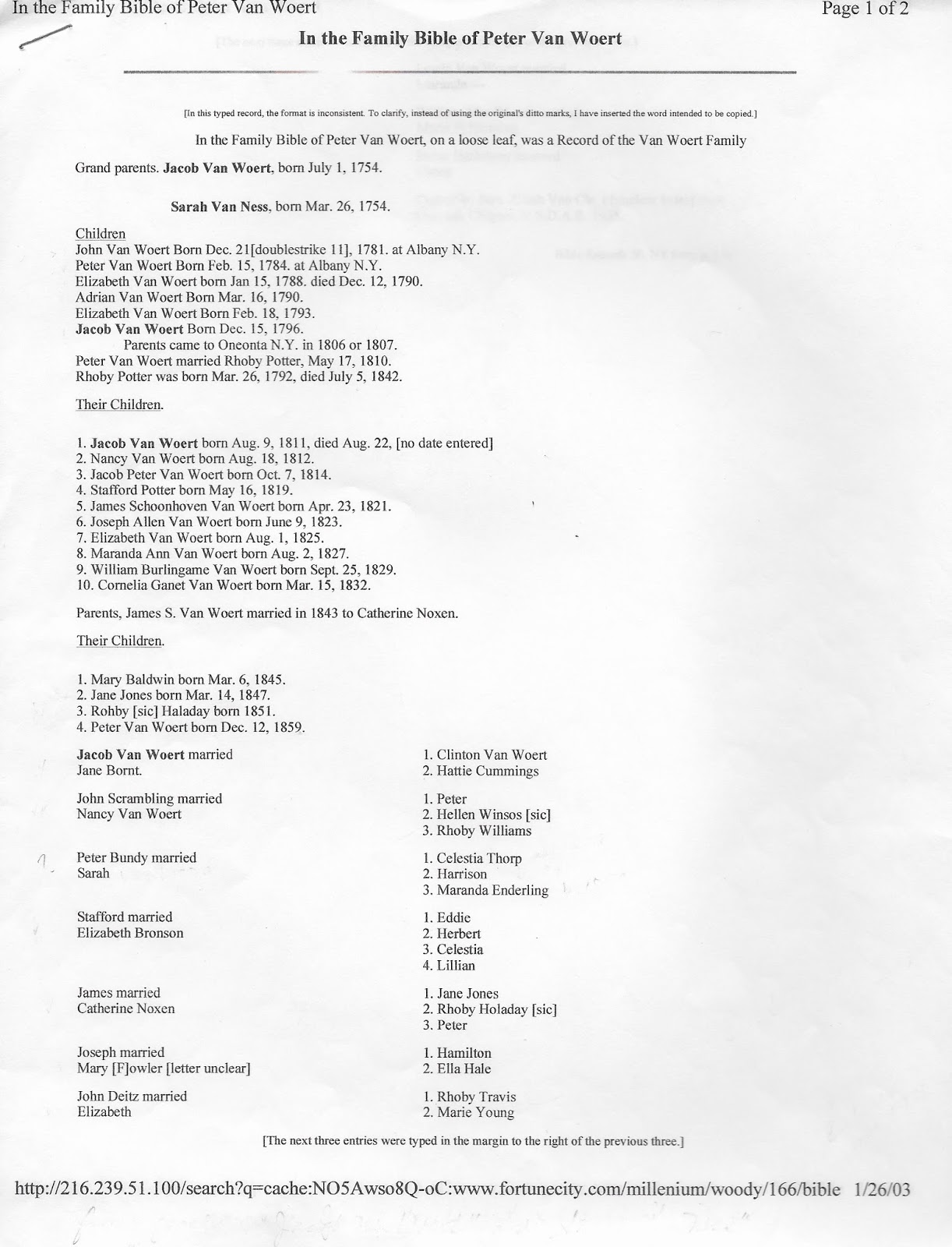 Georgia O'Keeffe, The Website was a Gem, and Oh Her Clothes

When I heard that the Peabody Essex Museum (PEM) was having a Georgia Totto O'Keeffe exhibit called, Art, Image and Style, I was rather excited, since she is my 4th cousin, once removed. It was widely attended when we were there on Sunday, so I was limited as to what photos I could take. There were too many people looking at her painting, The Brooklyn Bridge, so I couldn't take it. The majority of the items shown were photographs of Georgia and a lot of clothes, beautiful, original and simple. However, to my disappointment, there were few paintings, perhaps eight or so, but I was familiar with two, so I was pleased with seeing them. All photos are enlarged in order to see the details in her clothes. Note: this is a long post.

My thoughts on the exhibit. I was disappointed concerning the exhibit because there was was nothing about her family, nor where she was born. There were not enough pieces of her art work. But, I loved her clothes, and learned she made many of her own clothes. She was fashionable from an early age, as she knew her style.

About 1/3 of the way through, I asked a guard if I could take photos, because I hadn't seen anybody do it. Fortunately, the answer was yes, and that led to a nice conversation. I shared some of my genealogy information about where she was born (Wisconsin), and told him I had her tree on my iPad. He was interested, so I shared my ancestry tree right there to this mighty impressed man now interested in genealogy technology.

While doing some research for this post, I discovered a genealogy gem. The Georgia O'Keeffe Museum in Santa Fe, New Mexico has a wealth of information on their web page, but the best thing, for me was the detailed timeline of her life. Please see at:
https://www.okeeffemuseum.org/about-georgia-okeeffe/timeline/

The photos were taken in the order I saw the items, and all quotes were taken from the place cards.

"The V was a significant form for O'Keeffe. Photographs of her young and old reveal how she continuously used V necklines as a visual framing device for her long neck." 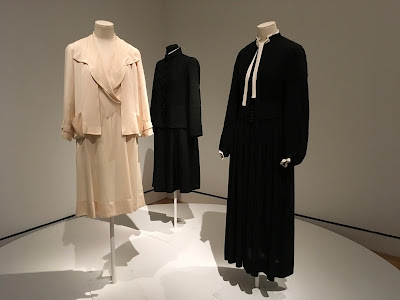 "Her modern black dresses with white trim, flat shoes, and thick stockings were so radically out of character with traditional feminine dress codes that they generated local curiosity and gossip." 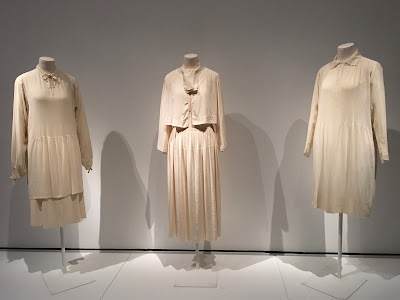 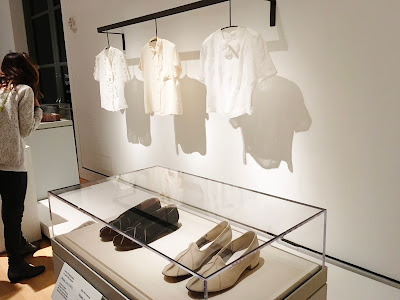 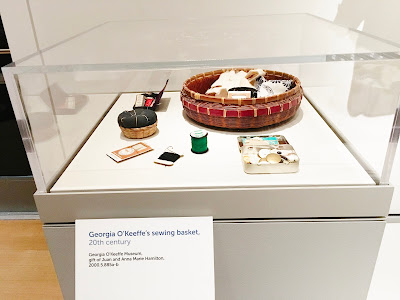 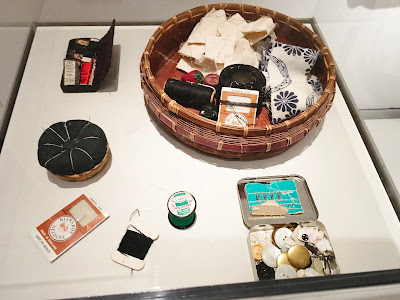 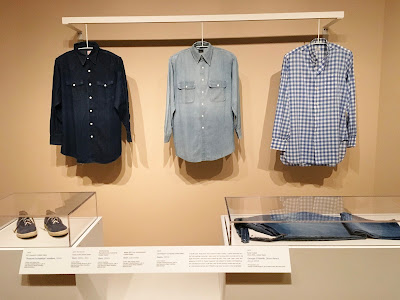 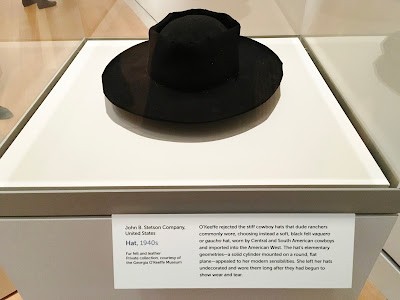 O'Keeffe had her frame maker fashion a scalloped and punched sheet metal frame. In later years, she was drawn to the blue scallops that run uniformly around the hemline of Marimekko's 'Varjo' dress and the edge of Ferragamo's suede flats." (See dress and shoes below, with scallop design.) 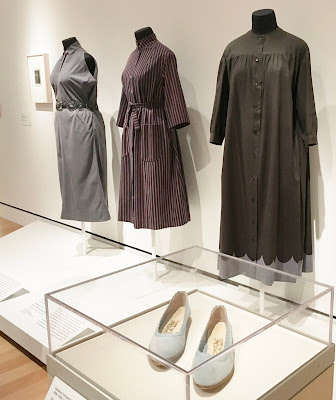 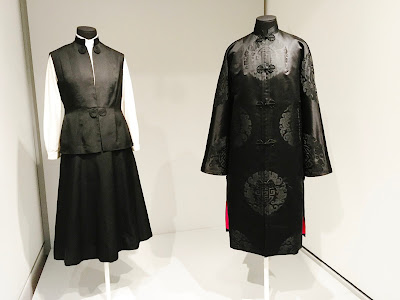 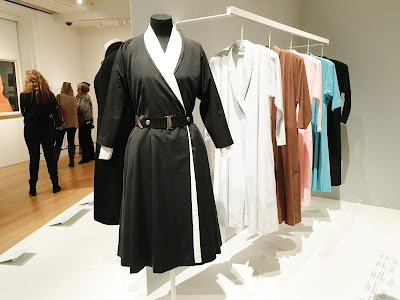 "O'Keeffe bought her first wrap dresses from Neiman Marcus in Texas in the late 1950s. She owned at least one of the store's first iteration of the dress called a 'Model's Smock.' It was made of pink cotton, long sleeved, unlined, with no buttons or zippers, only a matching belt. She then purchased other versions of the same style, wearing them in layers or with a light blouse underneath, and accessorizing them with one of her belts, pins, scarfs, or hats. She liked her wrap dresses so much that she took a well-worn one apart and made a paper pattern from it. Local dressmakers recreated it for her in different colors and materials. She had two dozen examples in her closets when she died." 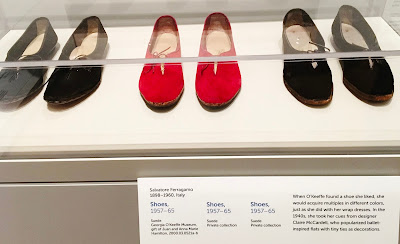 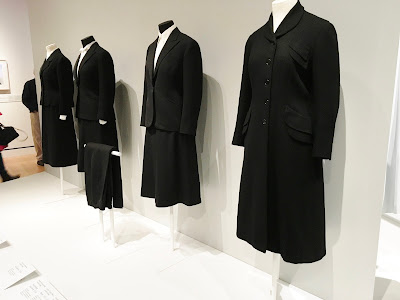 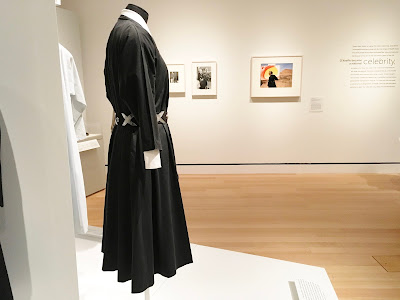 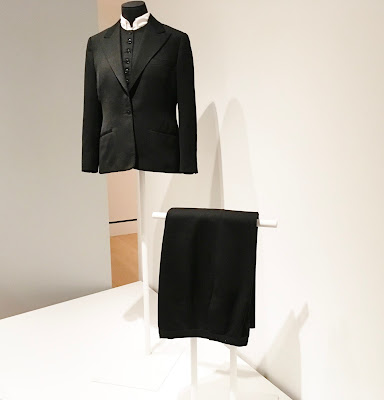 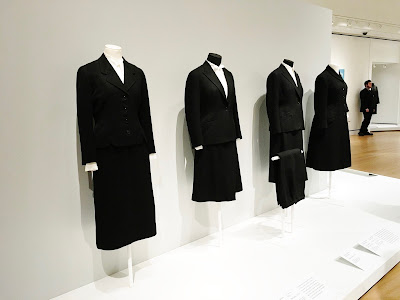 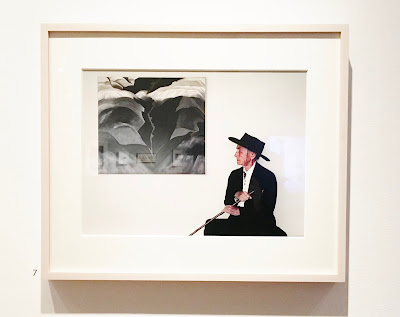 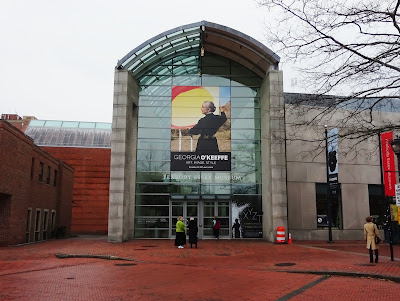 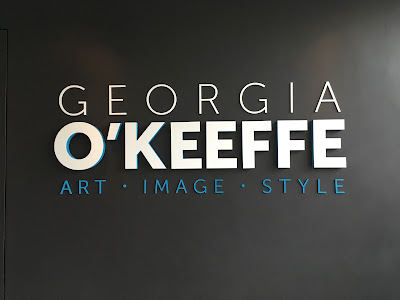 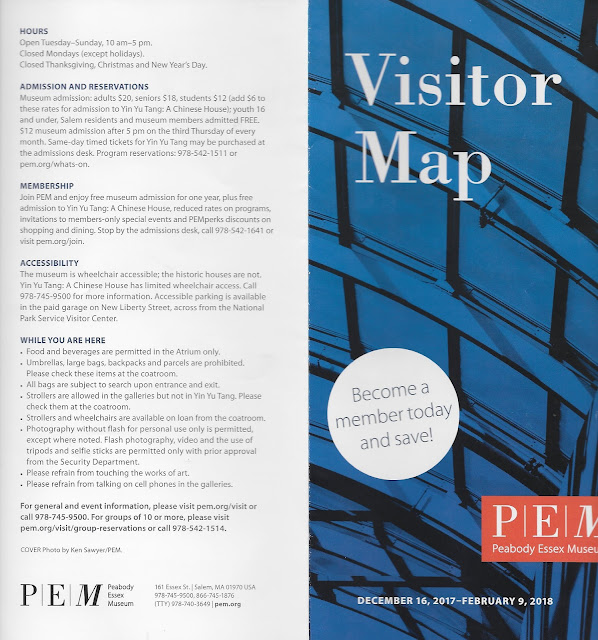 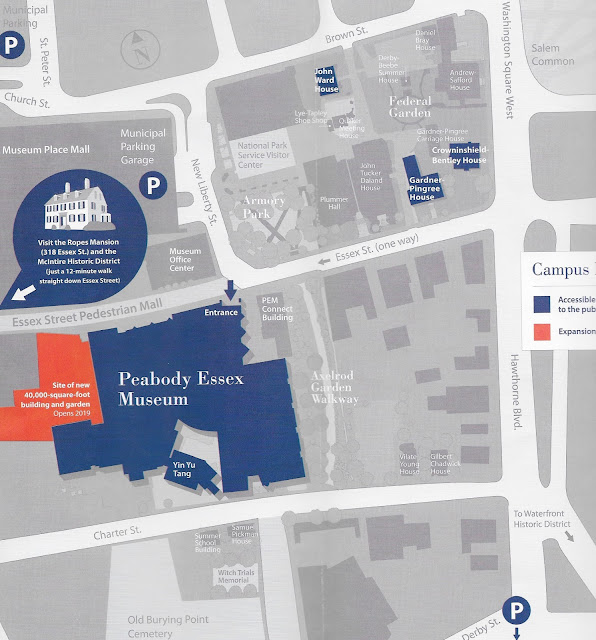 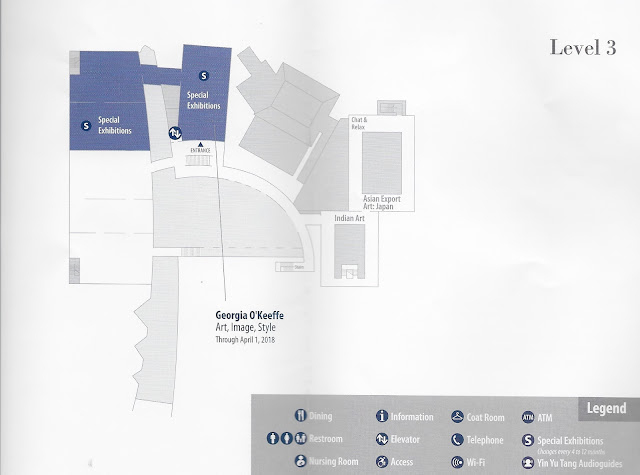 Ida O’Keeffe Is Finally Getting Her First Solo Museum Exhibition, an article in Smithsonian.com, dated June 1, 2018.