Today is the birthday of Ansel Adams, born February 20, 1902. I'm sharing a photo I took of him, while he was on a book tour in Washington, DC in September 1979. I knew he would be there on that Sunday, so I brought along my camera and the current edition of Time magazine, with his picture on the cover, and a book of photos he had published years prior. I got the book and magazine signed, then waited patiently outside with his chauffeur for him to appear. Nobody was around, just me and the driver. When Mr. Adams came outside, I asked him if I could take his photo, he was delighted, and I was too. He passed away five years later.

The book I had with me was bought at an Yosemite Falls gift shop in May 1978, and I just now looked at it again. Ansel wrote the date (bless him) 9-9-79. Perfect documentation. The day was an overcast Sunday afternoon, a little after 4. I don't think I forgot a thing about that afternoon. 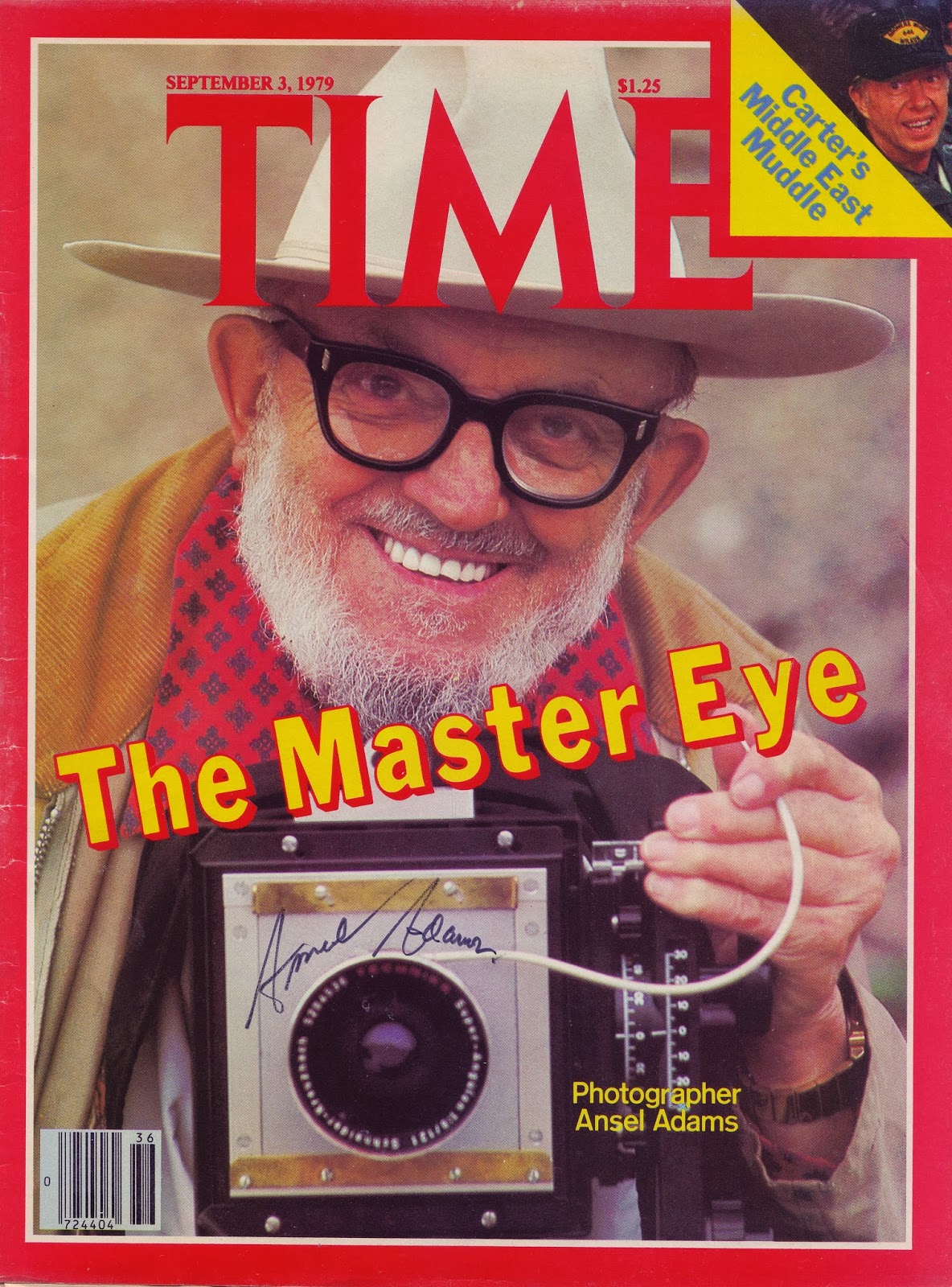 The first printed picture is shown below, you can see it's much smaller than the one I received the other day, first in this post. In addition, when I turned it over I saw it could be used as a post card! Guess that is what they did in 1979. 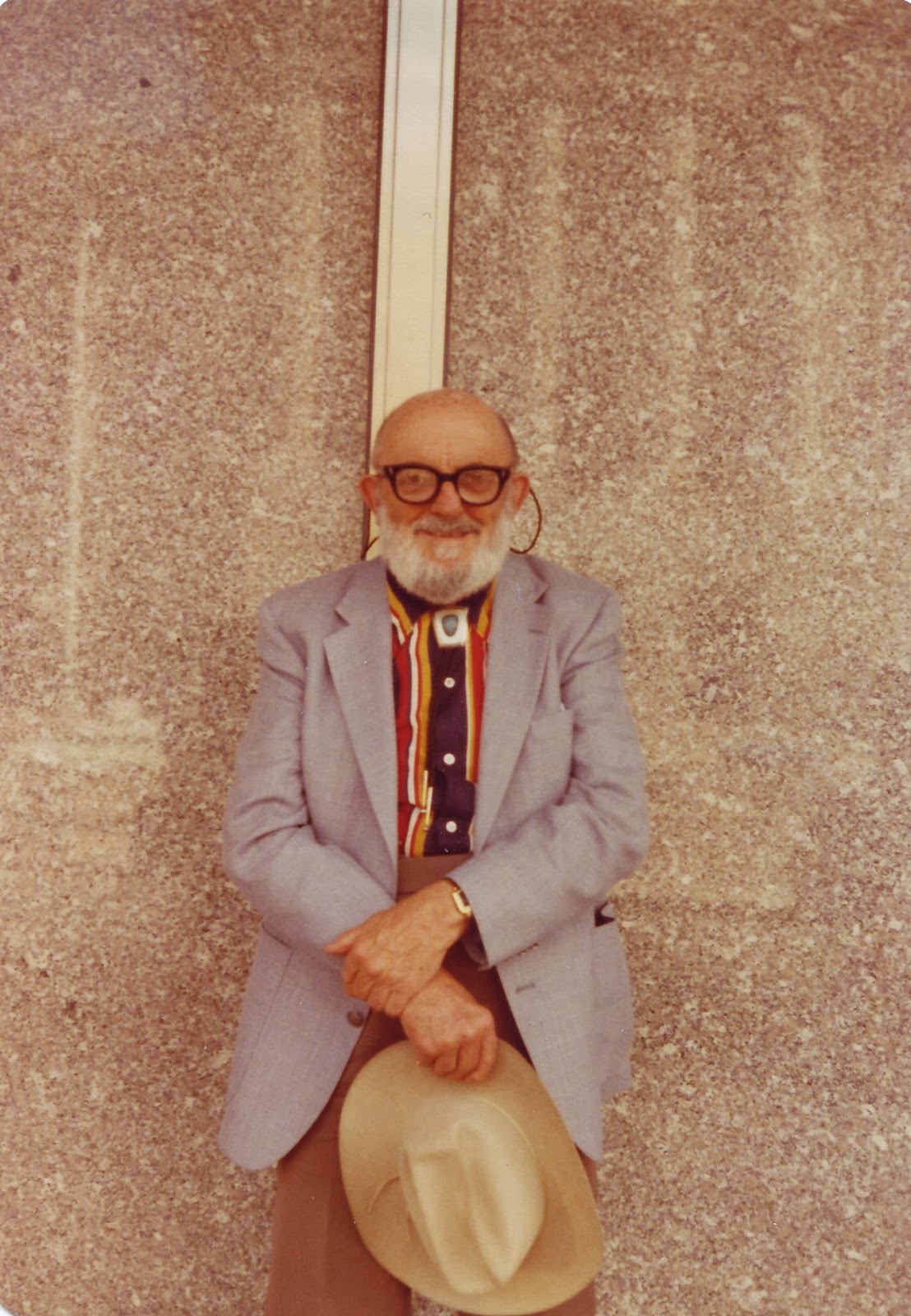 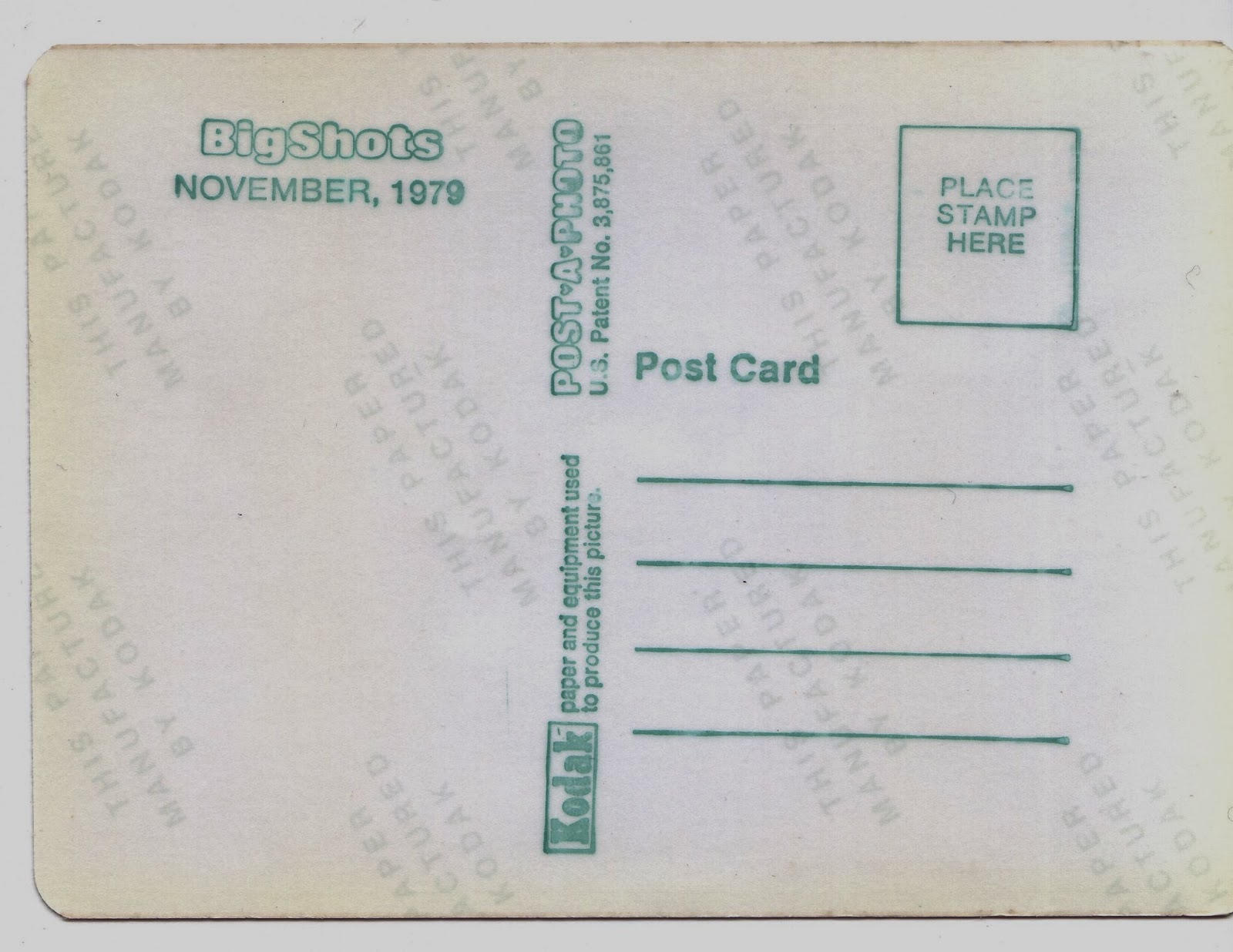