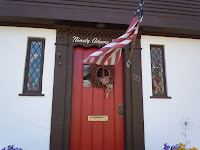 For my entire life, I've known my first nine months were spent at 90 Adams Street, New Britain, Connecticut. This house was designed by my grandfather, an architect, and I just saw it for the first time a few days ago. It was and wasn't what I expected. The English style was my grandfather's taste, having spent almost every summer living in London for many years. He loved England. I didn't expect it to look so small, boxy, have a small yard, no other house looked like it. The house he built after this for his family was huge, and also brown, all brown, but was more modern in style, and had a big yard.

On April 1, 1940, my grandparents had already been living 10 years here, as indicated by the 1930 census. In 1940, the household consisted of my grandparents, my mother age 19 (attending college, in New York), and two other children. A few years later, my mother graduated from college, got married, then got pregnant and moved back home to have me. My dad had just entered the Navy, stationed in Oakland, California. My grandmother was the nurse at my birth. So I imagine the house was a bit noisy until mom and I moved to California alone, and to wait out the war.

I have been to this city many times to visit the grandparents, but never gave any thought to where my mother might have played outside, nor where I first lived. Thanks to all the bloggers who have been locating where their families lived and checking google maps and pictures for images of their old homes, and sharing their information. Because of them, I began thinking about my own grandparents. Since New Britain is about 100 miles from me, I knew I had to make a trip immediately. Now I know what the house looks like, and it's a great feeling, just knowing. 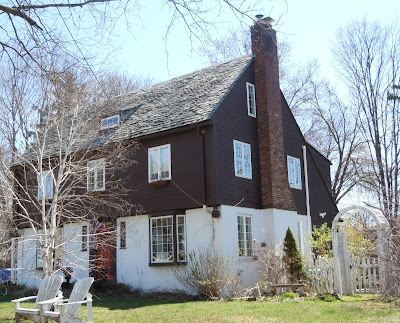 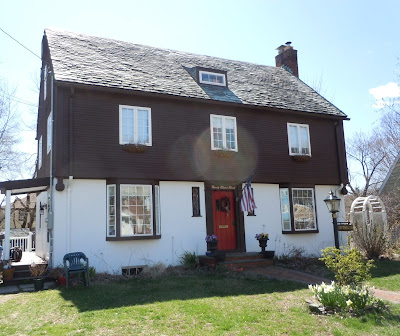 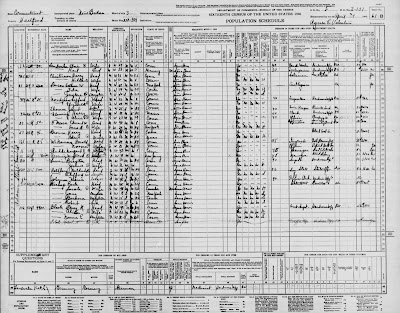 Every Saturday for several years, I've been posting my surnames. Today, it is the early Beadle family of Salem, Massachusetts. While looking over my file on this family, I found conflicting spellings of Benjamin Beadle's wife's surname. Some books had Hammond, a few had Hammons. Fortunately, I had the York County, Maine Deeds CD, and was able to confirm the surname is Hammons. In addition, was able to take that family back another generation. The CD was given to me years ago by NEHGS after it was published, because I was a volunteer on that project, and received credit in print. My direct lines are in green.