The Well Known Veterans I met through Work

"The Vietnam War" shown on the Public Broadcast Station (PBS) is a ten-part, 18-hour documentary film series directed by Ken Burns and Lynn Novick. It was shown on tv in September, and because it was shown over 10 days, I missed a few episodes, but watched them a few days later on another PBS station. The Vietnam War was released on Blu-Ray and DVD on September 19, 2017 and I believe most large libraries will carry the DVDs.

The early history was very interesting, and from what I heard from friends, we all learned quite a bit. However, the era from about 1962-1975 interested me the most. It was during those years that I watched the battles play out almost every night on the news, marched in protest 1969, and heard on the radio, while I was in the service in Virginia, that Saigon fell.

Later years, I worked in two medical facilities; Walter Reed National Military Medical Center and the DeWitt Army Hospital at Fort Belvoir, Virginia. Later, I worked at the Department of Veterans Affairs headquarters in Washington, DC for about 6 years, I came in contact with many veterans, some as patients and others just working there, like me.

Among the veterans I worked under, one was the Administrator and the other a Deputy Administrator of the Department of Veterans Affairs, both of whom were on the "Vietnam War" show. I was fortunate to meet both of them, and got autographs, as shown below. 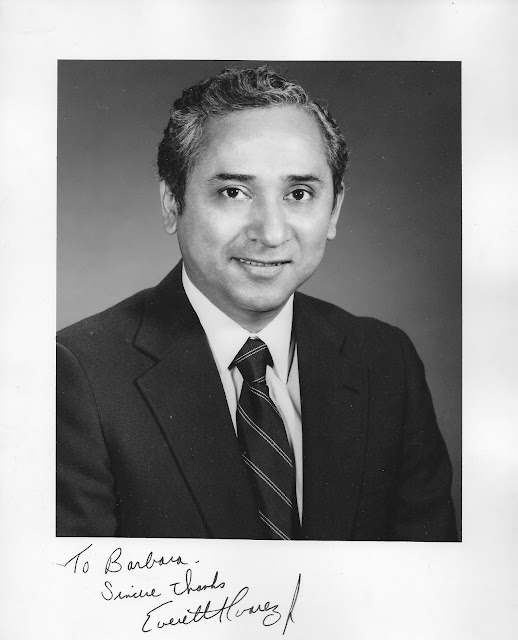 The Wikipedia link (above) states, "Everett Alvarez Jr. (born December 23, 1937) is a former U.S. Navy Commander who endured one of the longest periods as a prisoner of war (POW) in American military history. Alvarez was the second U.S. pilot to be downed and detained during the Vietnam War and spent over eight years in captivity; making him the second longest-held American POW." He was the Deputy Administrator at the Department of Veterans Affairs for six years, from 1982-1988. (I worked there 2 of those years.) 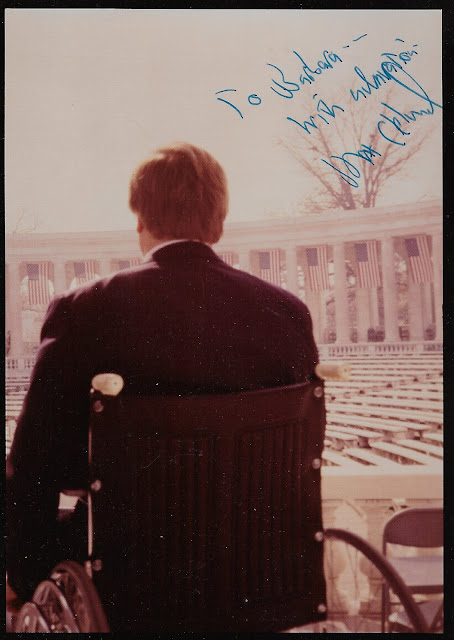 Max Cleland (above and below)

Max was a captain in the Vietnam War, and a month before the end of his tour, he was badly injured, which later resulted in having his legs amputated above the knee and his right forearm. He was 25 years old.

Years later President Carter selected him to be the Administrator of the Department of Veterans Affairs from 1977-1981 (I worked there 3 of those years). He always had a smile, was quite personable, remembered everybody's name, and drove his own car to work! 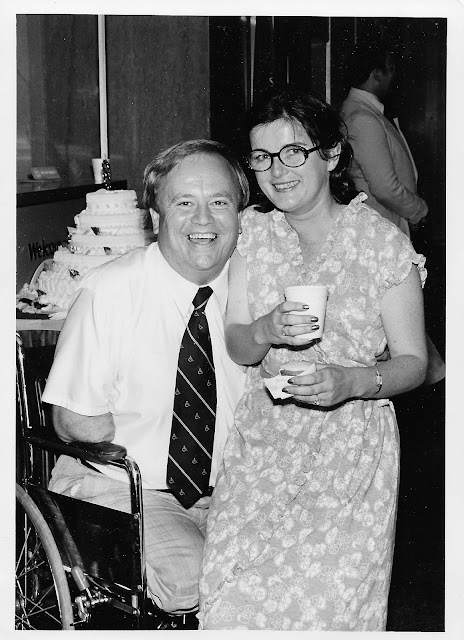 I believe we were celebrating the day when the 15-cent Veterans Administration commemorative stamp was first placed on sale at Washington, DC, on July 21, 1980.

The third veteran, in The Vietnam War series, I saw in person was John Kerry. He and John McCain were shown in the series, but not interviewed. John Kerry often came to Lowell, his old hometown where he tried to get into politics. It was years later, he ran for both state senator, and then president, and I saw him when he campaigned in Lowell.

In addition to the three above veterans, I was very fortunate to see Omar Nelson Bradley, a former General of the Army and Administrator of the VA. He paid a visit to the VA headquarters, in a wheelchair when he was between age 85 to 88 years old.

Not a veteran, but I did see Mamie Eisenhower in the gift shop at the Walter Reed Hospital. I was luck to get a heads up, when I saw her chauffeured car with 5 stars on the license plate, parked in front of the side entrance. (Between 1977-79, she died in Dec. 1979.)

Another individual in The Vietnam War series was President Lyndon B.  Johnson. He was not a veteran, but I thought I'd show a few photos of his ranch, his tombstone, and me with a statue of him at the ranch (1975). A FindAGrave.com photo of his tombstone is HERE. 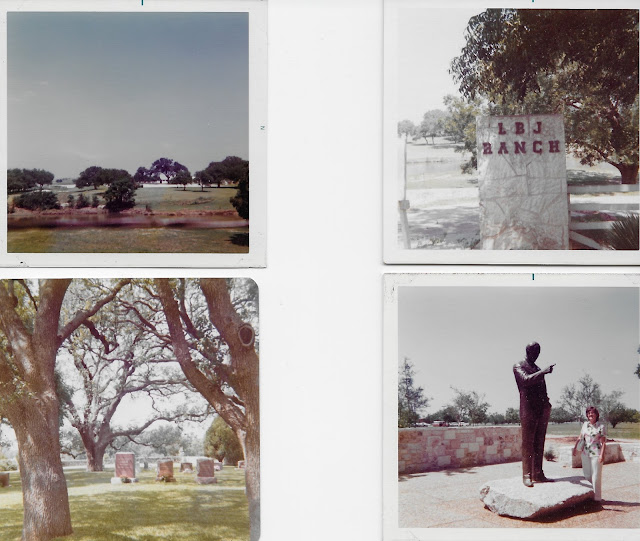 The above veterans mention are just a few of the many who served or who are still serving. It is because of them that we honor them on Veterans Day.

Two past posts:
A Prince and a Princess on Veterans Day ( Diana and Charles)