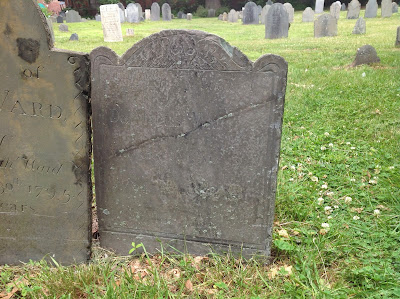 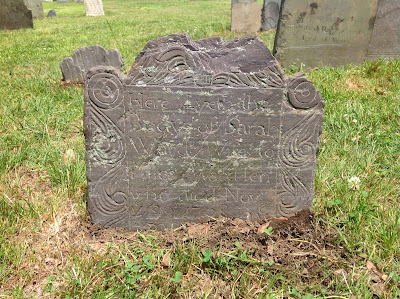 My 6th great-grandparents were buried in The Burying Point Cemetery, also known as the Charter Street Cemetery in historic Salem, MA. 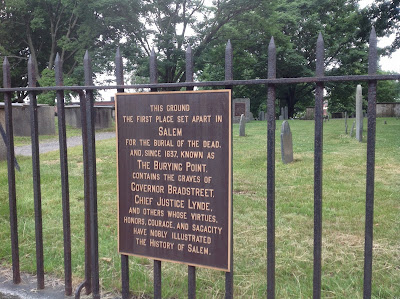 This Ground
The First Place set apart in
Salem
For the Burial of the Dead,
and since 1637, known as
The Burying Point,
contains the graves of
Governor Bradstreet,
Chief Justice Lynde, and
others whose virtues,
honors, courage, sagacity
have nobly illustrated
The History of Salem. 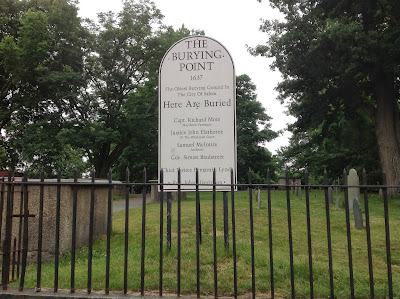 If you have ancestors buried in this cemetery, I'd like to recommend an excellent reference book, complete with all the names and a good amount of genealogical information about the individual. The quotes of my Miles and Sarah were taken from this book. In addition there is a map of the layout, including the Witchcraft Memorial. I've used the source below many times, because I have three other ancestors buried there (Stephen Daniels, Simon Bradstreet and John Proctor). 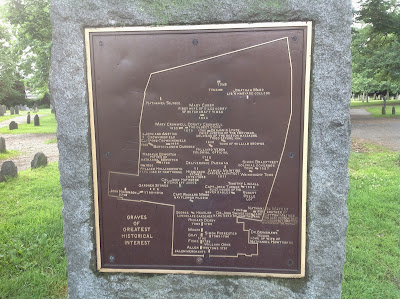 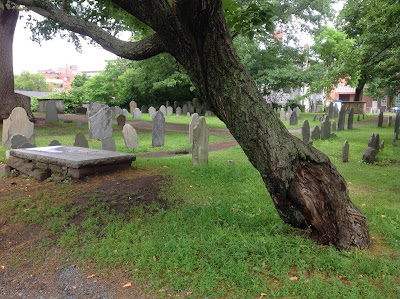 The cemetery is not in the best condition.
Labels: Cemetery, Location: Massachusetts, Reference Book, Surname: Ward, Tombstone Tuesday
Email ThisBlogThis!Share to TwitterShare to FacebookShare to Pinterest