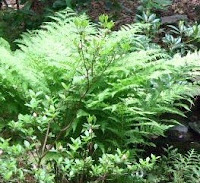 Do you want to go back in time?  One of my favorite genealogy experiences was to travel to Hurley, Ulster County, New York, an hour west of Albany, and spend a good part of the day touring old houses in the town that was settled in 1661.  There is another reason I went, my ancestor, Mathys Ten Eyck lived there and he and his wife are buried there. I'm not talking about recent event, but the early 1700s.

Stone House Day is an annual event, and the 60th one will be held tomorrow, July 10th.  They must be doing something right. And what fun for the entire family.  From the web site,
You can see the other attractions:

• a 1777 Ulster Militia Encampment,
• guides in colonial attire,
• crafts and demonstrations, and
• a Town Library Fair, with collectibles and books sales.

Also from their web site, "The first inhabitants of Hurley were the Esopus Indians, members of the Algonquin Nation’s Delaware tribe. In 1661, a few Dutch farmers moved in, and the next year the settlement was surveyed, lands were officially granted to twelve Dutch and Huguenot families, and the village became Nieuw Dorp, meaning “New Village.” "Peter Stuyvesant later owned about 200 acres of land here." And, "Most settlers returned to rebuild their village, but in 1664 the British had taken over the entire “New Netherlands” colony and in 1669, named the village “Horley,” after the ancestral estate of English Governor Lovelace on the Thames, not far from London. Hurley at one time included portions of what are now the Towns of Marbletown, Rosendale, Woodstock, and New Paltz. But the Dutch language persisted for 150 years more among the stubborn anti-British residents.

Today, 25 of the original stone houses still exist—200 to 300 years later. All are privately-owned homes except for the Hurley Museum. Descendants of the first settlers still reside in some of the homes."

A few photos from my past trip. 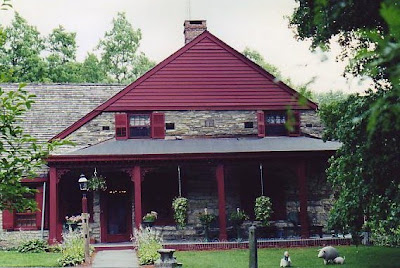 Front and back of Mathys Ten Eyck's house.
(We were able to tour inside the house.)
He was my 7th great-grandfather. 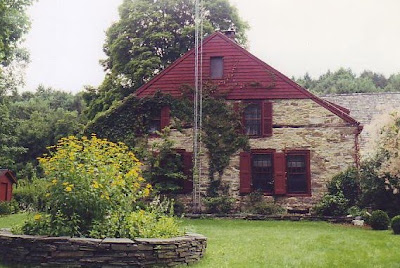 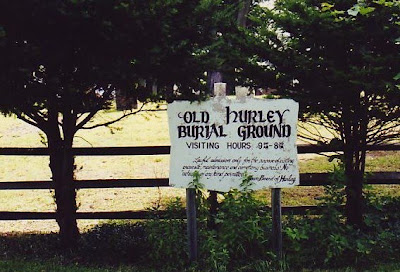 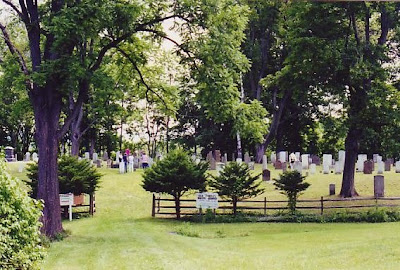 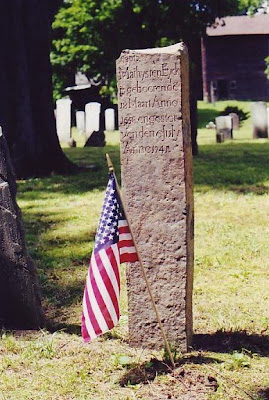 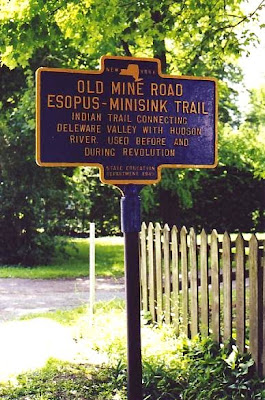 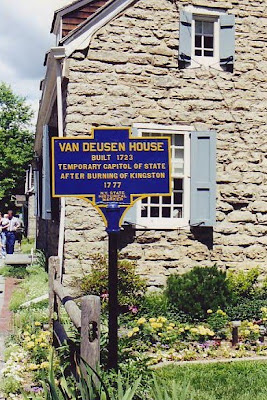