The below bills were submitted to probate after the death of my 2nd great-grandfather. There were a few other submissions, but I thought these were the most interesting.

The first one (figure 1) shows his doctor's visit cost $20, this was five days before his death. The medications he was given, and probably for his widow are shown in figure 2. The third bill is from the undertaker and embalmer. It gives you an idea of what the costs were in March 1894. I am not sure why 16 pr. of black gloves were needed (figure 3). Mr. Poole's body was then moved from Chicago to Salem, MA for burial. Figure 4 is a bill from Marshall Field and Co., a clothing store in Chicago. It shows a few items and costs for January and February, 1894 purchases, including a five dollar dress.

The death of William Frederick Poole was written about in my post, The Longest Obituary I've Ever Seen. 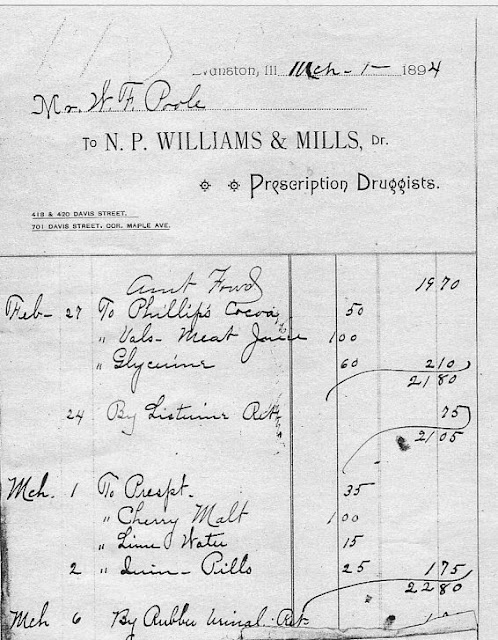 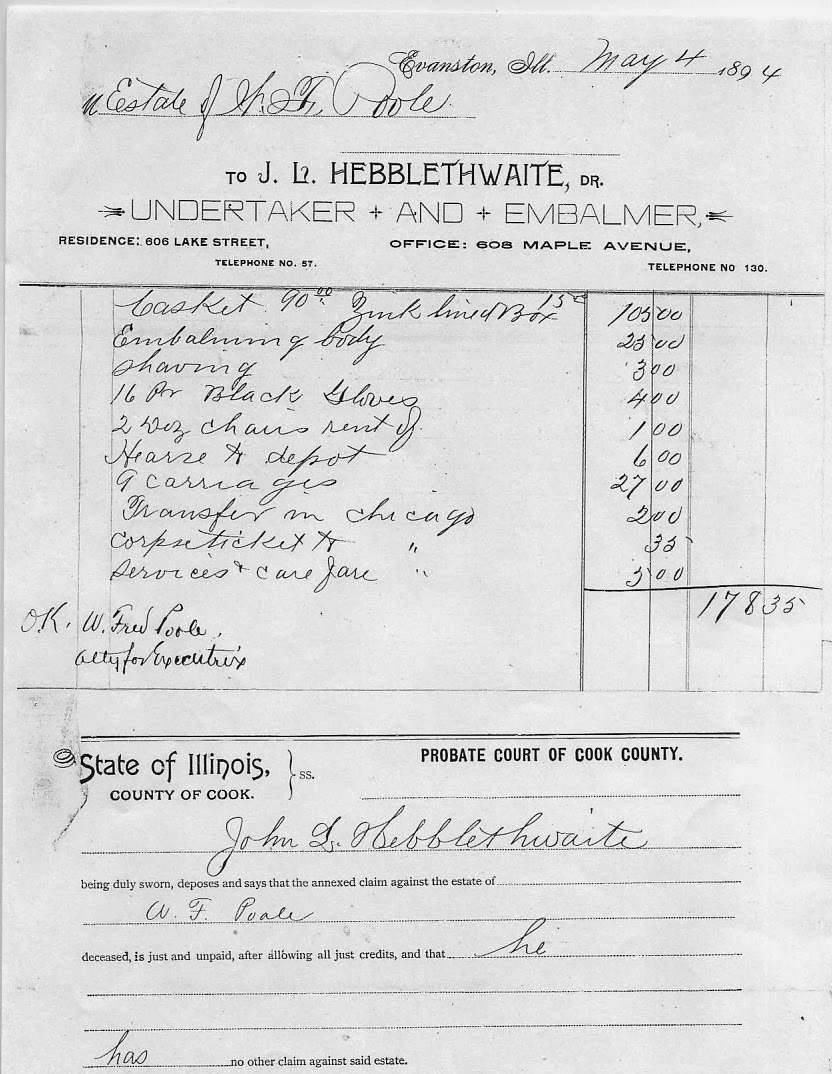 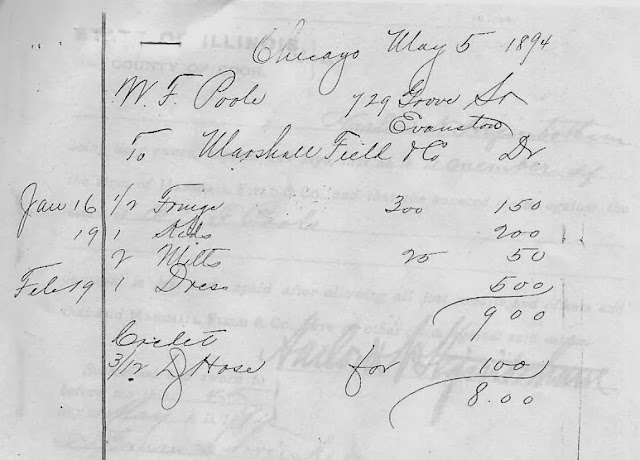 Figure 4 (above and below) 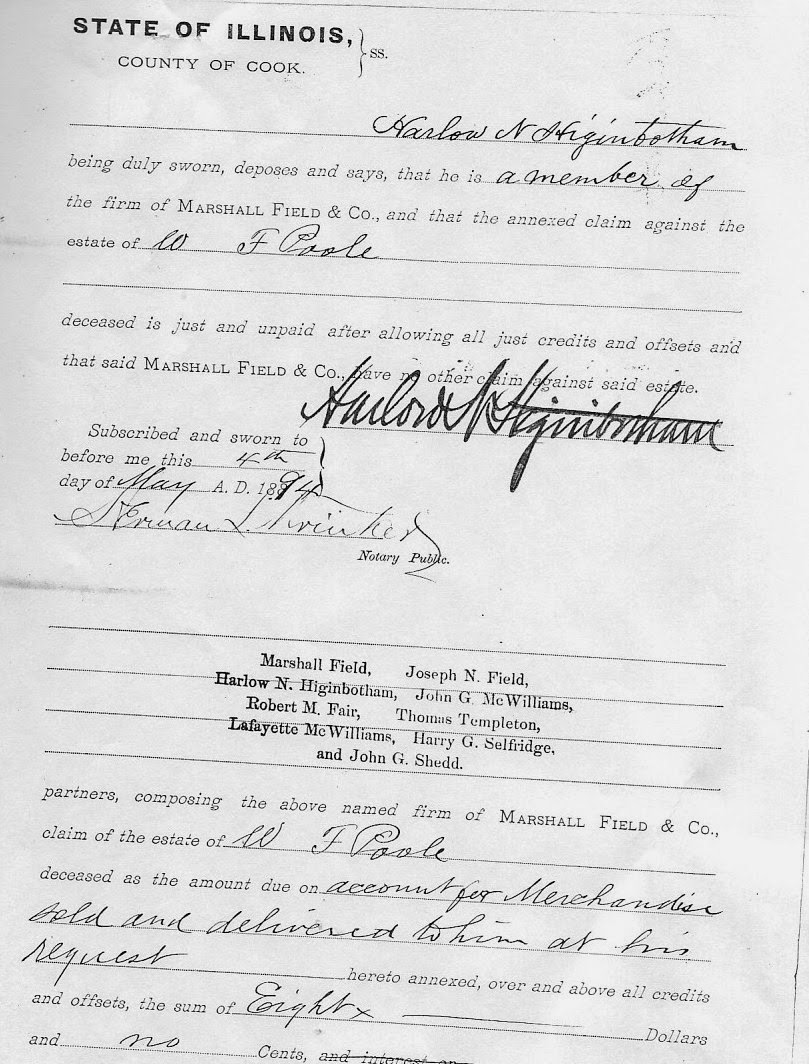