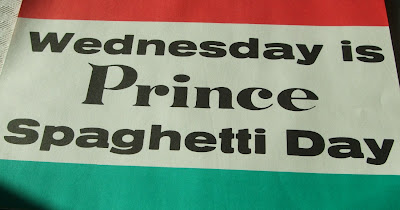 Above is a paper place-mat.
They were given out when large groups were having spaghetti meals for a fund raising event.

Prince Spaghetti began 100 years ago in Boston, MA, this week, and later moved to Lowell, MA. I was lucky to have a great job working directly under the Plant Manager, and was able to have all the spaghetti I wanted. 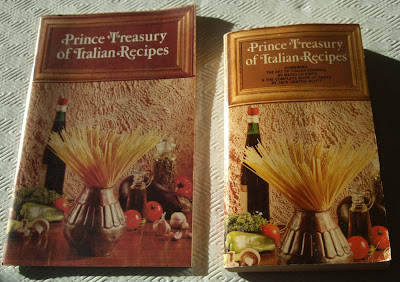 The small book, Prince Treasury of Italian Recipes has 305 pages. 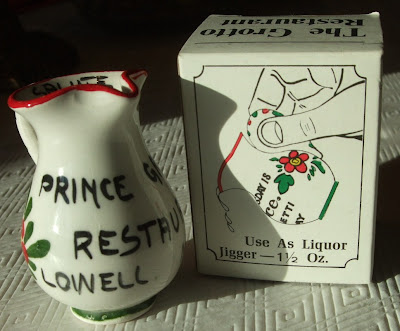 The above items were used for advertising the Prince Spaghetti Company and Restaurant in Lowell, Massachusetts. The large paper place mats were still given away at the time the plant closed in 1997, 10 years after Borden, Inc. bought them out (my check came from Borden, employees always called it Prince). The bottom two items are much older things from Prince's past. I have a few other items, taken at the time the company closed, which I'll have to dig out and post some day.

UPDATE:  I located a pen with Prince advertising, and decided to post here on this page for Prince products. 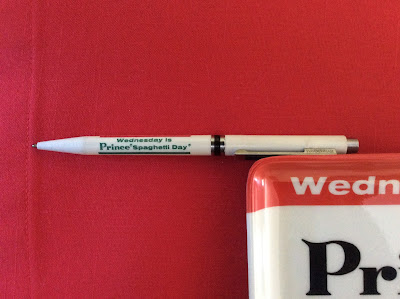 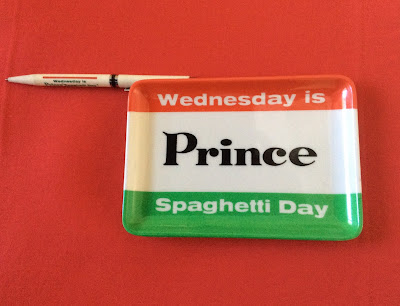 An Ancestor, FB friend Pam, and the Cincinnati Library, 1874 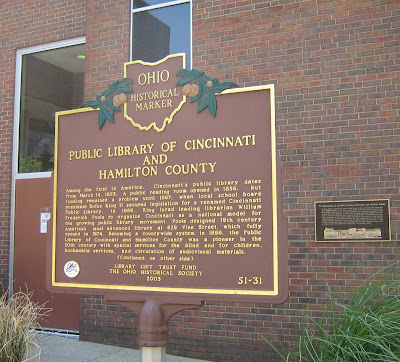 On June 5th, I wrote Facebook and blogger friend, Pam Seavey Schaffner (blogger of Digging Down East, who currently lives in  Earlier that day, I discovered on a google search, a historical marker is in front of the Cincinnati Library, and it mentioned my 2nd great-grandfather! I wondered if Pam would be able to take a photo of the marker. The next day, she did as well as other photos, which are below. Thanks, Pam. 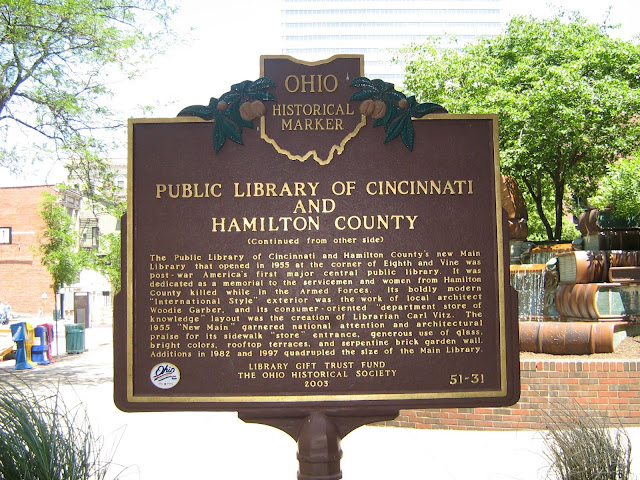 Public Library of Cincinnati and Hamilton County
The Public Library of Cincinnati and Hamilton County's new Main Library that opened in 1955 at the corner of Eighth and Vine was post-war America's first major central public library. It was dedicated as a memorial to the servicemen and women from Hamilton County killed while in the Armed Forces. Its boldly modern "International Style" exterior was the work of local architect Woodie Garber, and its consumer-oriented "department store of knowledge" layout was the creation of Librarian Carl Vitz. The 1955 "New Main" garnered national attention and architectural praise for its sidewalk "store" entrance, generous use of glass, bright colors, rooftop terraces, and serpentine brick garden wall. Additions in 1982 and 1997 quadrupled the size of the Main Library. 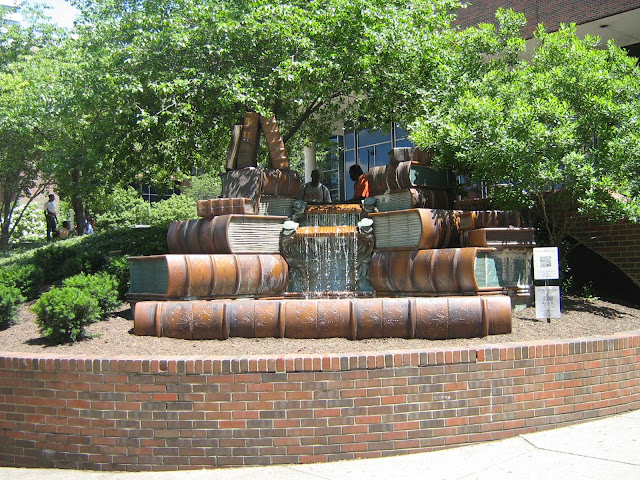 Books in the park, located in front of the Library. 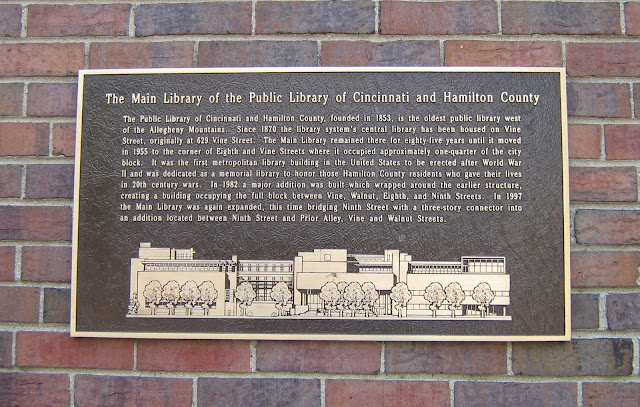 Public Library of Cincinnati and Hamilton County
Among the first in America, Cincinnati's public library dates from March 14, 1853. A public reading room opened in 1856, but funding remained a problem until 1867 when local school board president Rufus King II secured legislation for a renamed Cincinnati Public Library. In 1869, King lured leading librarian William Frederick Poole to organize Cincinnati as a national model for the growing public library movement. Poole designed 19th century America's most advanced library at 629 Vine Street, which fully opened in 1874. Becoming a countywide system in 1898, the Public Library of Cincinnati and Hamilton County was a pioneer in the 20th century with special services for the blind and for children, bookmobile services, and circulation of audiovisual materials. (continued on other side) 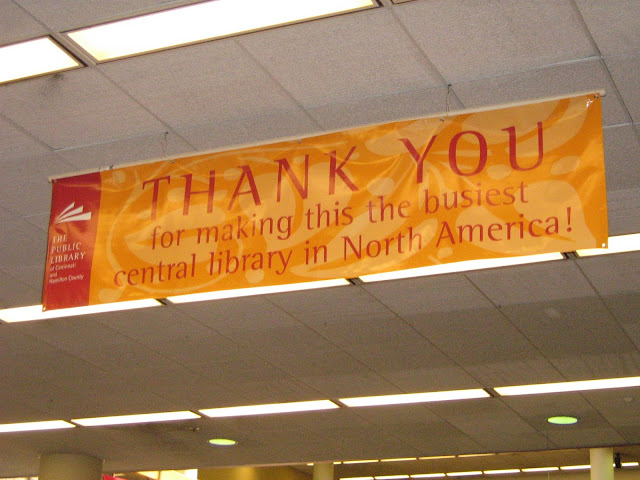 In addition, I ordered the book, "Free and Public: One Hundred and Fifty Years at the Public Library of Cincinnati and Hamilton County, 1853-2003" by John Fleichman. Thanks, Pam for suggesting this.

Speaking of books, my above ancestor wrote, "The Construction of Library Buildings" now a Google book, for free.


Regarding the book cover picture, Mr. Poole wrote, "3. I object, in the third place, to the shelving of books in galleries under any circumstances, and especially in this instance, where the alcoves are piled one upon another six stories high. I may group my objections under three heads:
(a) Because galleries are a wasteful expenditure of the physical strength of attendants in climbing stairs and of the time of readers in waiting for their books." Thank goodness people listened to him." And, on Page 23, "Mr. Poole's plan of a fireproof library is highly original and deserving of serious consideration by those who have occasion to erect new library buildings.
Update: In June 2014, my above mentioned Pam sent me an online article about the Library, called, "Seriously though, how did the most Beautiful Library in America get Demolished" by MessyNessy, June 17, 2014.