Albert Fish -- Was he a Serial Killer?

The lovely photo, from an old glass negative, (enlarged below) was sent to me by David, who lives in Watertown, New York. He found an Albert Fish in my genealogy, and since that is the name on the gate in this photo, he wondered if it was the same person. Yes, I had an Albert Fish, and I knew he married Harriet Van Woert, but I didn't know anything about him. Only that Harriet's parents were buried at the Three-Mile Bay Cemetery in New York, not too far from this Brookside Cemetery in Watertown.


Of course I had to find out more about Albert, so I did a google search, and within seconds, I read, "real life Hannibal Lecter," "Profile of a Serial Killer" and a few other horror titles. The Wikipedia article is very long, and terribly graphic, that I didn't even finish reading it. I am warning you about this, but if you like, "Criminal Minds," you might be able to stomach it. Luckily for my family, that Albert chose his name, and he is in no way related to mine, whew.


To give my Albert some credit, I found online, "ALBERT FISH, a worthy and respected citizen of Watertown, now deceased, belonged to a family which has been for one hundred years resident in Jefferson county. His grandfather, Ebenezer Fish, lived in Rhode Island, and was the father of a son, Furman. The latter, in his youth, came to Jefferson county and settled on Dry Hill, in the town of Watertown. He was a farmer and combined with his agricultural pursuits the occupation of a tanner and currier, and operated a tannery several years at Tylerville. He was a prominent man in the community and took a leading part in local affairs. In 1859 he was a member of the state assembly. He married Caroline Rose, and seven children were horn to them, four of whom are living. Mr. Fish died in 1890. at an advanced age. leaving a name respected by all.


Albert Fish, son of Furman and Caroline (Rose) Fish, was torn in Tylerville and received his primary education in the common schools, afterward attending the high school in Watertown. Until reaching the age of thirty, he remained at home assisting his father in the labors and management of the farm. In 1865 he went to Three Mile Bay as railroad agent, a position which he held for twelve years and at the end of that time was compelled to resign in consequence of impaired health. He was for many years a resident of Watertown, and some time since retired from active business but was closely identified with a number of the financial institutions of the city. He was one of the first directors of the Stiles and Fladd Press Company and one of the incorporators of the Union Carriage and Gear Company, in which he subsequently held the office of vice president and in which he was a director at the time of his death. He was one of the directors of the National Union Bank and also of the Watertown Savings Bank. He was an active member of the Baptist church at Three Mile Bay. in which he served as deacon for many years. He died December 8. 1903. at his home in Watertown.

Mr. Fish was thrice married. His first wife was Harriet Van "Woert, by whom he was the father of one daughter. Carrie Maria, who is now the wife of Charles FI. Hyde, of Watertown. After the death of his first wife Mr. Fish married Mrs. Nellie (Jewett) Reed. and. on being again left a widower, espoused Mary Bort Lawyer, who is still living. Mrs. Hyde is the mother of two sons and three daughters, namely : Alice Harriet. Albert Charles. Dorcas May, Margaret Elizabeth and Wallace Theodore." 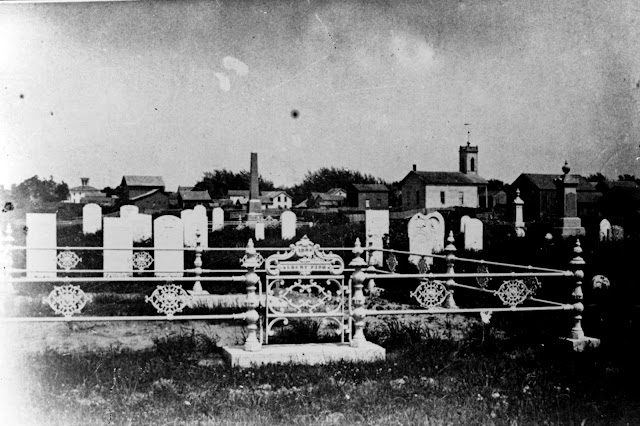