I first heard the name Wistariahurst from facebook friend and genealogy blogger Sara Campbell when she said she was going to lecture there. I googled and learned what it was and where it was located. Research told me that it is an historic house museum located in Holyoke, Massachusetts. But, there was something else that interested me besides the fact that the house WAs covered in Wistaria / Wisteria, and there is a large formal garden. I discovered that a Kilborne and a Skinner lived there. Both surnames are in my family tree for many generations. I needed to find out more. 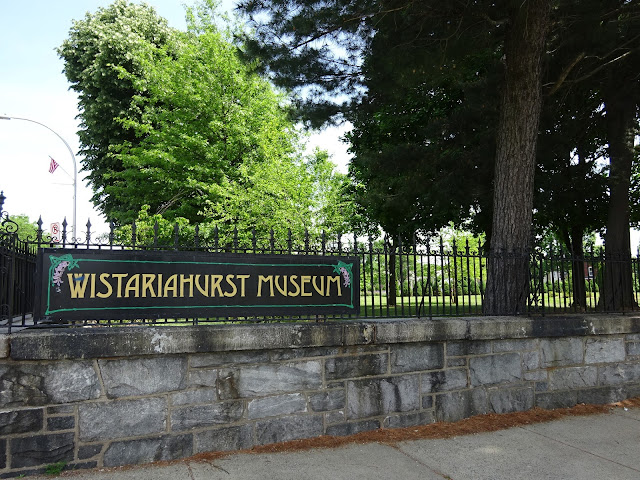 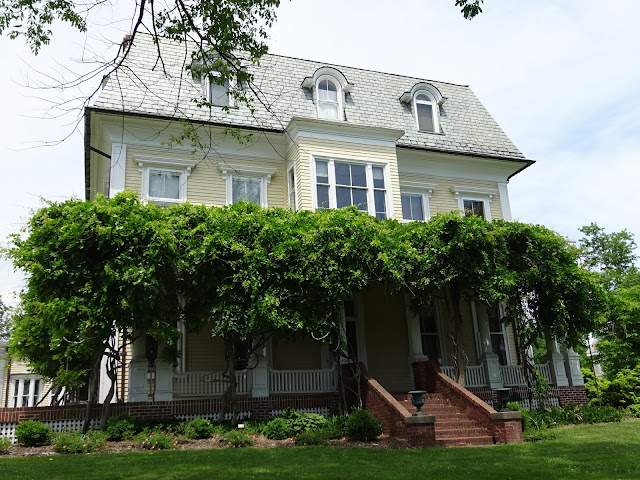 Front of the house showing a row of Wistaria. The house has had additions, and you can see below the Wistaria growing on several sides. Over 130 years ago, Sarah Skinner (the original owner) had these plants planted.

This estate was built in 1848 for William Skinner, the owner of a successful silk spinning and textile business. See Wikipedia for more information. 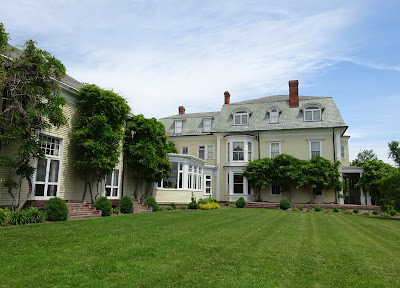 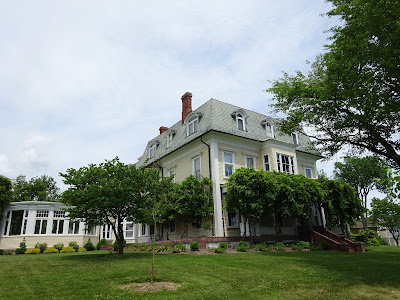 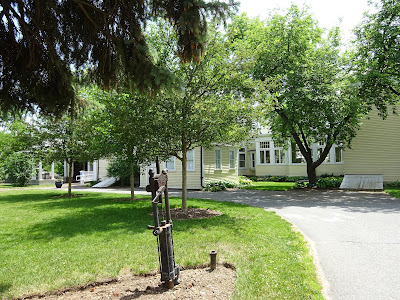 The photos above and below show part of the back of the house (which is where we entered). Because all the trees were full, I couldn't get a decent photo of the house. 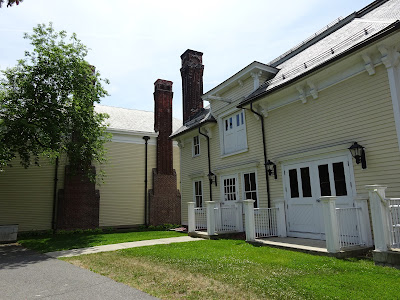 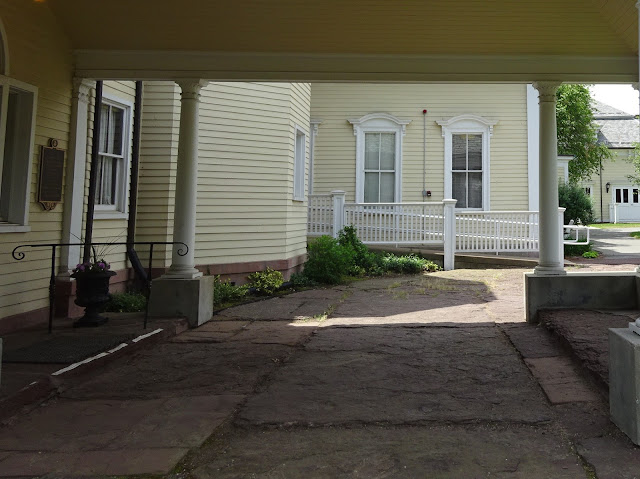 This was taken as we entered into the house for the tour. The guide mentioned that the slabs on the ground contain dinosaur footprints. I could see them clearly, but unfortunately I didn't take closeup shots because of the shade. Apparently, these slabs came from an area close by where the dinosaurs roamed. 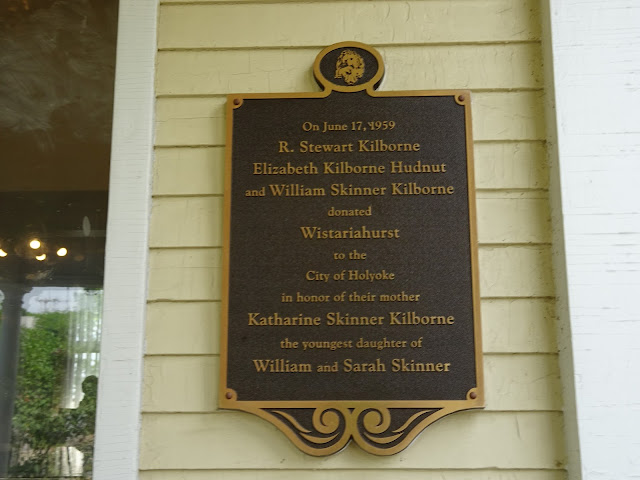 Katharine Skinner Kilborne was not directly related to me, but her husband Robert Stewart Kilborne was my 6th cousin 4 times removed. I had an easy time determining that the original owner, William Skinner, 1824 - 1902 was not in my tree because several census records (1870, 1880, 1900) stated he was born in London. My Skinner family came from England, between 1649 and 1652 and settled in Malden, Massachusetts  before moving to Colchester, Connecticut. The Kilborn / Kilborne / Kilbourne line was pretty easy because this line left a good paper trail, records such as vital records, obituary, censuses, newspaper marriage announcements, and a lot of Find-A-Grave memorials. Unusual first names such as Truman, Allerton, Horatio and Jesse allowed for easier than normal research on that direct line. 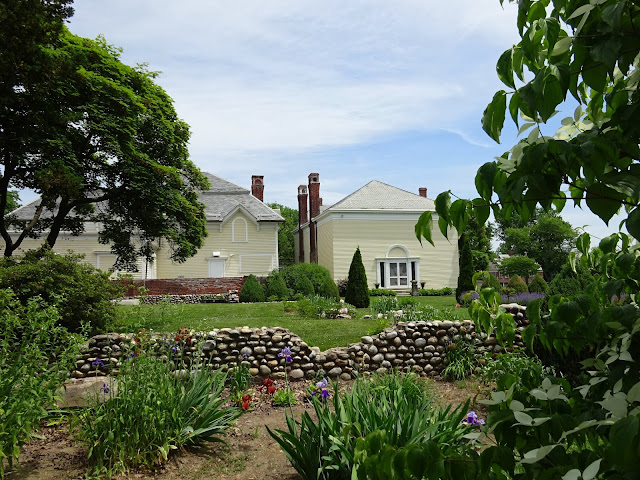 Above and below are photos of the garden. 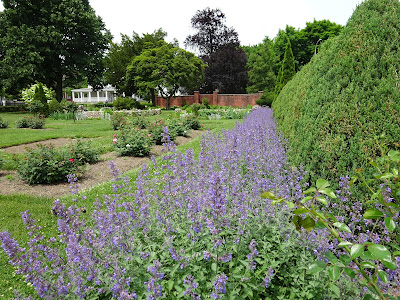 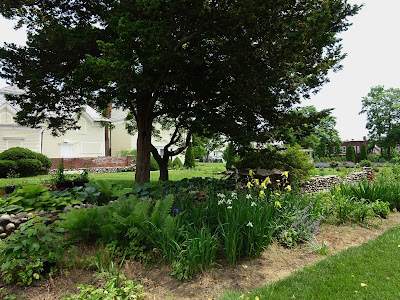 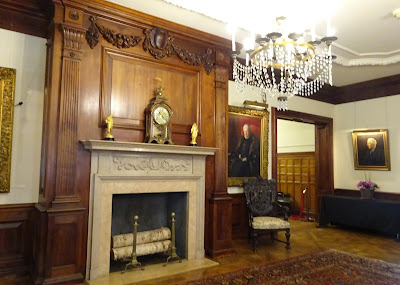 Three photos of the Dining Room (above and below.) 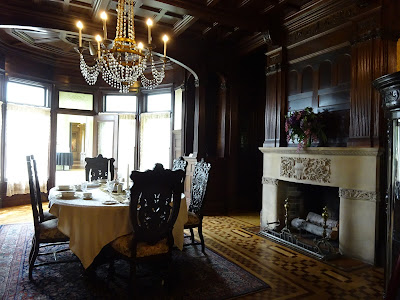 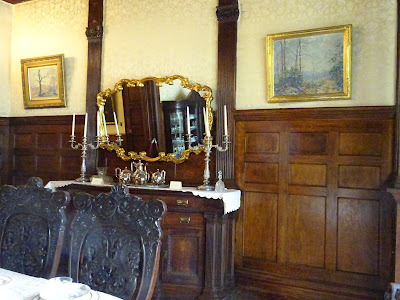 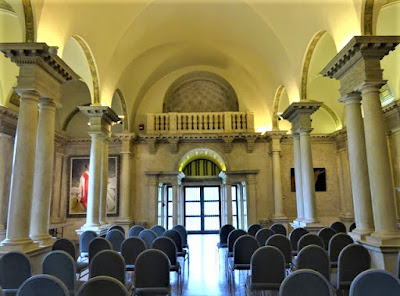 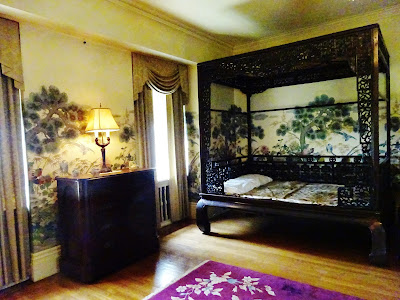 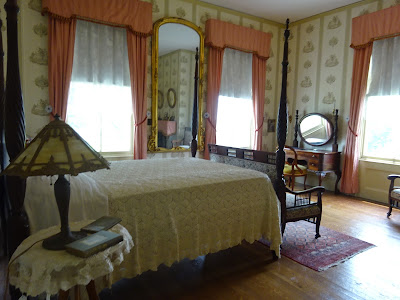 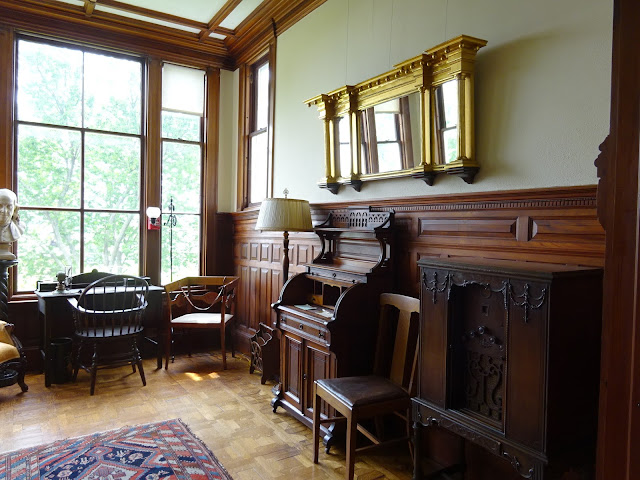 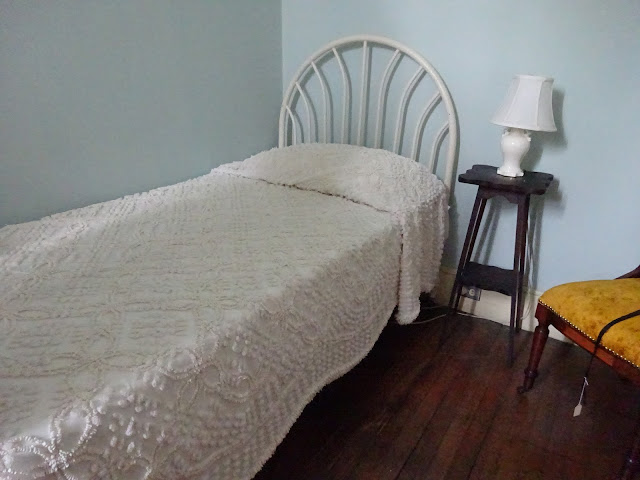 Room used by one of the household help. 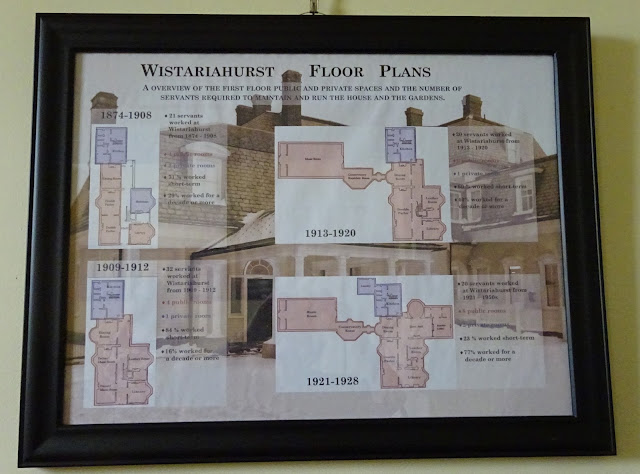 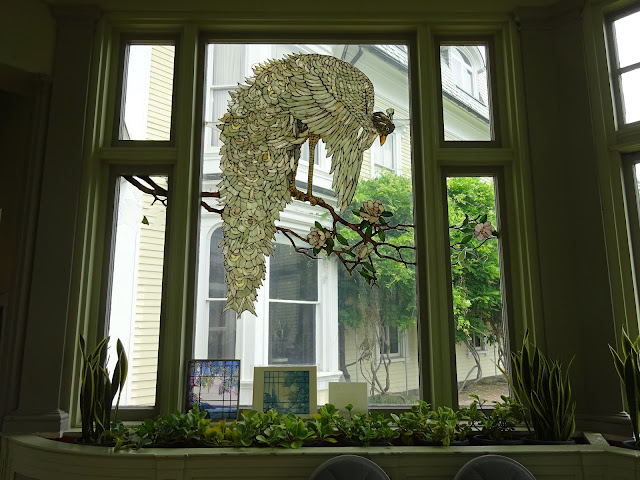 It is believe that this stained glass could have been made by the L. C. Tiffany Company and it might have been in their New York City house. The minute I saw this, I thought it was, because I want it to be. I believe one of the photos on the window sill was taken in their old house, and those were made by Tiffany. 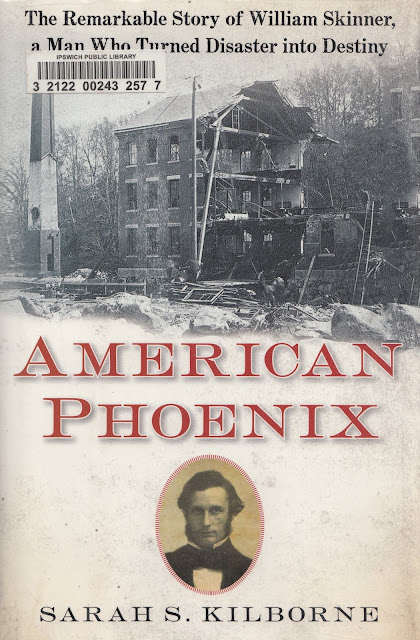 I got American Phoenix by Sarah S. Kilborne out of the library and also downloaded it from Amazon. Because of the subject matter and the fact that the author is probably a distant cousin to me, I had high hopes of really enjoying this book. There is a little disappointment here, because it is all about the Skinner family, the silk business and the disaster involving his business and house after the flood. The small photos were nice, but there was nothing shown for the interior of the house (so I'm glad I posted mine), and nothing about Sarah's relationship to Mr. Skinner. Being that I love and do genealogy, I was able to trace and gather information about some of the family, including R. Stewart Kilborne's tragic death in New York City.
Labels: Books, Estate, Gardens, Historic House, Location: Massachusetts, Louis C. Tiffany, Museum, Reference Book, Surname: Kilborn, Surname: Skinner, Travel/Tourism, Wistariahurst Museum
Email ThisBlogThis!Share to TwitterShare to FacebookShare to Pinterest