Within the past month, I've met with two genealogy blogger friends. First was Cynthia Shenette who has the Heritage Zen blog. My outing with her can be seen in Part 1, HERE. The second outing was with Diane MacLean Boumenot of the One Rhode Island Family blog. I had met each of them four times, so they weren't "new" to me. Below are photos taken last Saturday when Diane and I met in Lexington, Massachusetts (where I once lived for 8 years), and Concord, Massachusetts. It was a perfect weather day, lunch was good and while I was there I took photos of me in old yearbooks, which I'll post at another time. 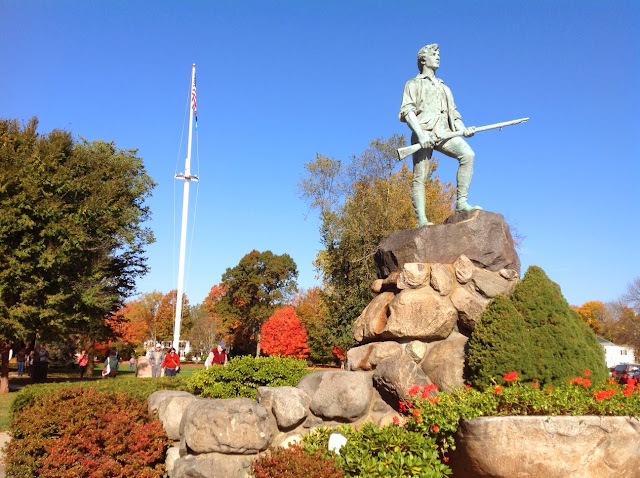 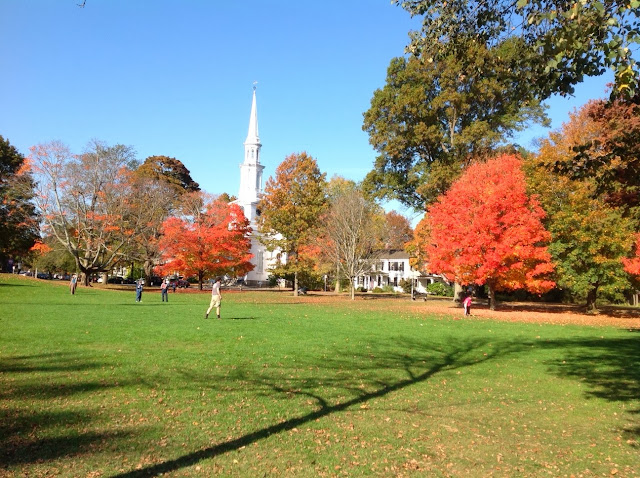 Old cemetery behind the above church. 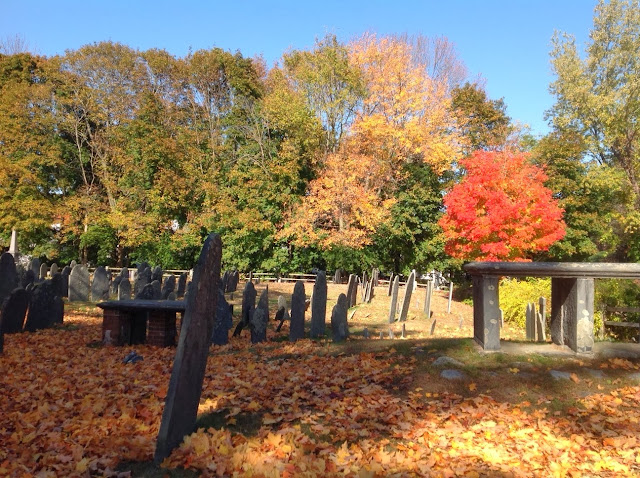 We drove to Concord, and saw the sights at the Old North Bridge. 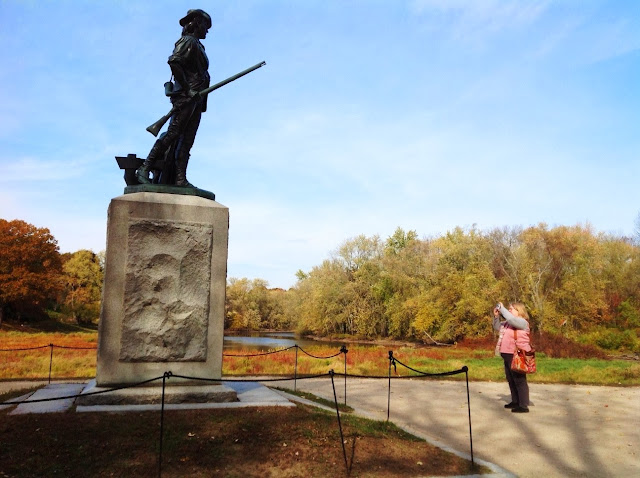 Diane taking a picture of the Concord Minuteman. 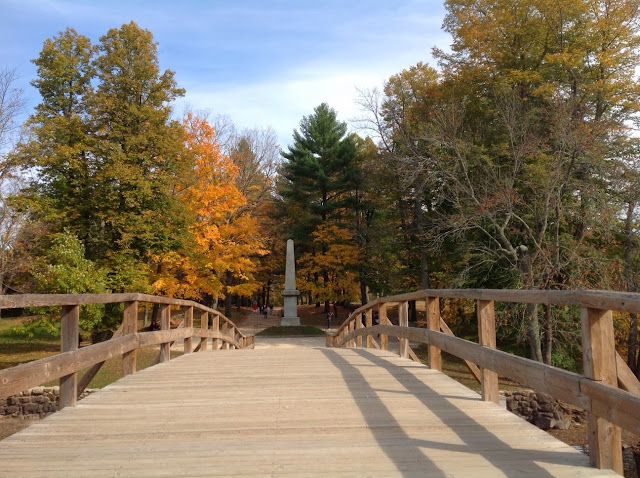 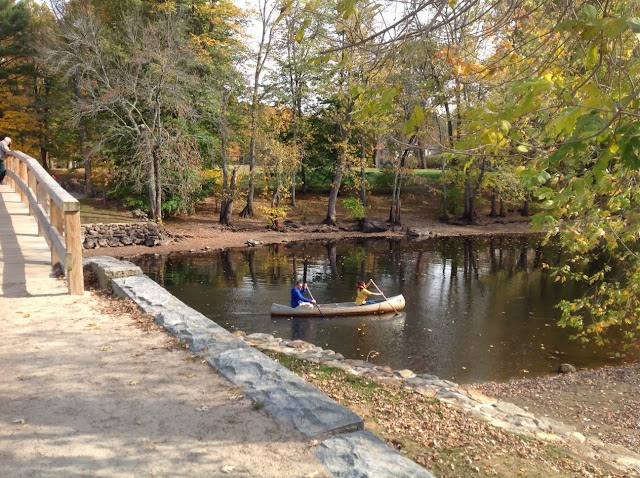 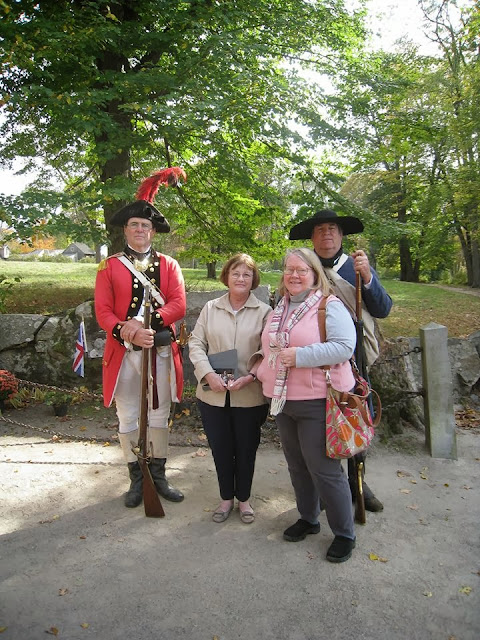 Diane had a tourist take a picture of the two of us. I am holding the iPad.

Within the past month, I've met with two genealogy blogger friends. First was Cynthia Shenette who has the Heritage Zen blog. And the second was with Diane MacLean Boumenot of the One Rhode Island Family blog. I had met each of them four times, so they weren't "new" to me. Below are photos taken almost a month ago in Harvard, Massachusetts, where Cynthia and I visited the Fruitlands Museum. To give you an understanding what it is, Wikipedia writes, "The property was purchased in 1910 by Clara Endicott Sears, who opened the farmhouse to the public in 1914 as a museum.[5] In addition to the Fruitlands building, the site now includes a transplanted Shaker house from the nearby Harvard Shaker Village, Native American artifacts and Hudson River School paintings.[6] The museum is primarily the result of the efforts of Sears, a preservationist." We had a very nice time, weather was absolutely perfect for walking, even though the pictures show a threatening sky. 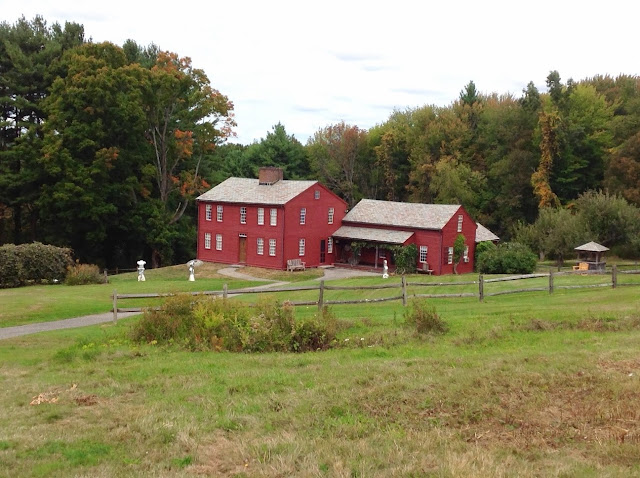 The red house above was where Louisa May Alcott and her family lived for six months. Below is an original sofa where she sat (we were not allowed to sit on it, of course). From MassMoments, the article tells us that the Alcott family arrived at Harvard, MA from Concord, MA on June 1, 1943. Interesting article may be seen at:
http://www.massmoments.org/moment.cfm?mid=162 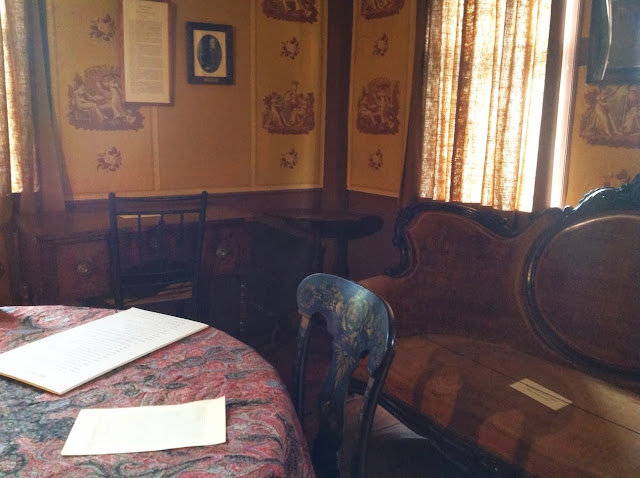 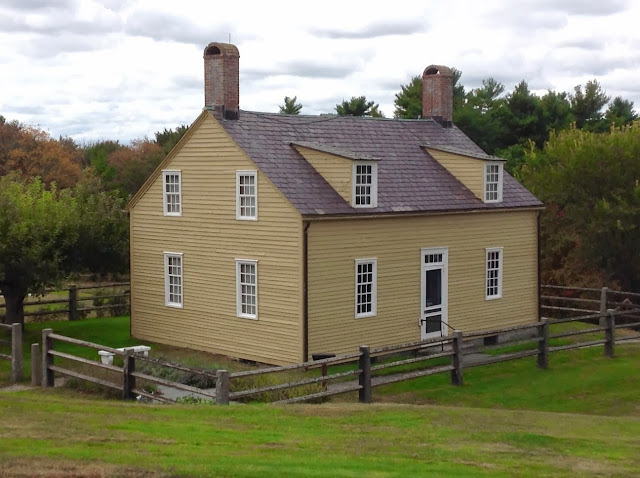 Shaker house. Wish I had taken photos inside, but I managed a shot from the back. 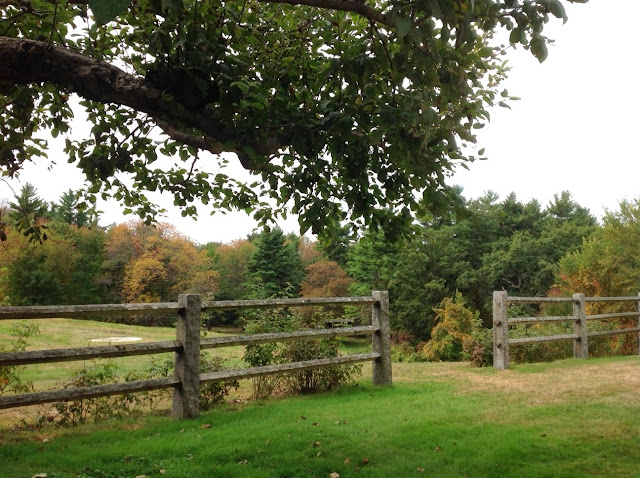 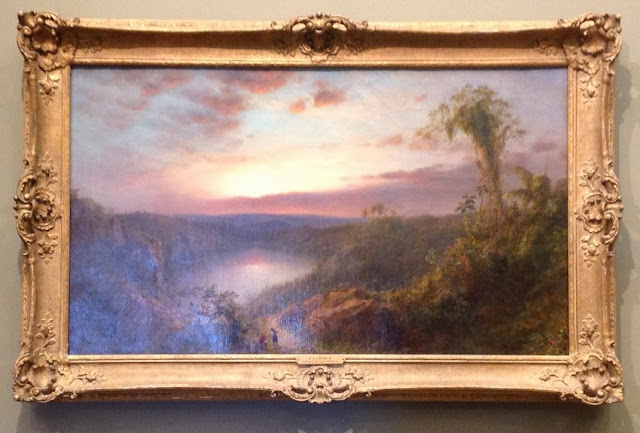 In the art museum, I took this photo called, Sunset in the Tropics, 1868 by Frederick Edwin Church.

The year before, Cindy and I met in Boston to tour The Gibson House Museum. From their website, "Built in 1859-60, the Gibson House stands as the historic house museum of the Back Bay. In 2001, the National Park Service declared the Gibson House a National Historic Landmark. It is unique as an unspoiled single-family residence that retains its kitchen, scullery, butler’s pantry and water closets, as well as formal rooms and private family quarters, filled with the Gibsons’ original furniture and personal possessions. Visitors enjoy a glimpse of the lives of a well-to-do Boston family and their domestic staff." We loved this old house, even though it was rather dark inside and the stairs didn't look safe, we still enjoyed ourselves. I wish I'd taken more photos, but couldn't becauswe it was quite dark inside.
UPDATE: Fall 2016 article