Hildene, What is it, Where is it? It's in Vermont. 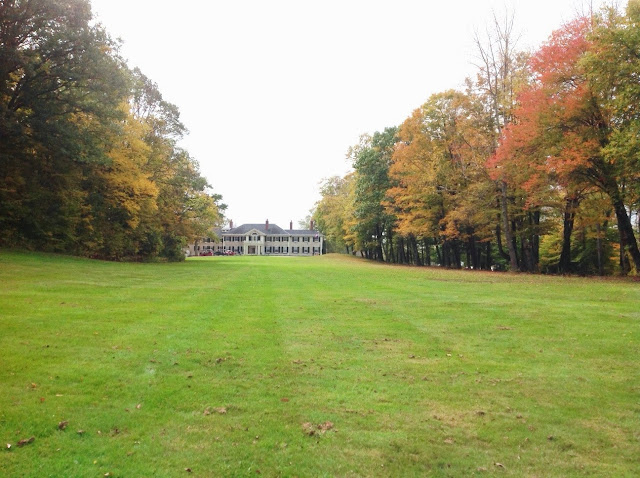 The information below was taken from the website of Hildene. The day trip from my home in Massachusetts to Hildene took close to three hours. The October weather was warm, and there was an overflow of tourists, trying to find some fall foliage.

"Robert Lincoln built Hildene as a summer home at the turn of the 20th century. He was the only child of Abraham and Mary Todd Lincoln to survive to maturity. Robert first visited Manchester as a young man in the summer of 1864 when he came to the Equinox Hotel with his mother and his brother Tad. Some forty years later he returned to purchase 400 acres of land to build what he would call his ancestral home. At the time, Robert was president of the Pullman Company, the largest manufacturing corporation in the country."

"The 400 acre estate with its Georgian revival mansion and 13 historic buildings includes the home, formal garden and observatory; Welcome Center and The Museum Store in the historic carriage barn; 1903 Pullman car, Sunbeam; a solar powered goat dairy and cheese-making facility and the lower portion, the Dene, was recently incorporated into the guest experience." 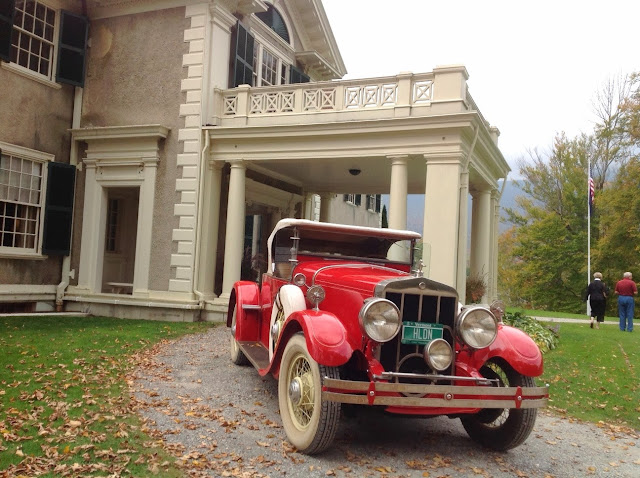 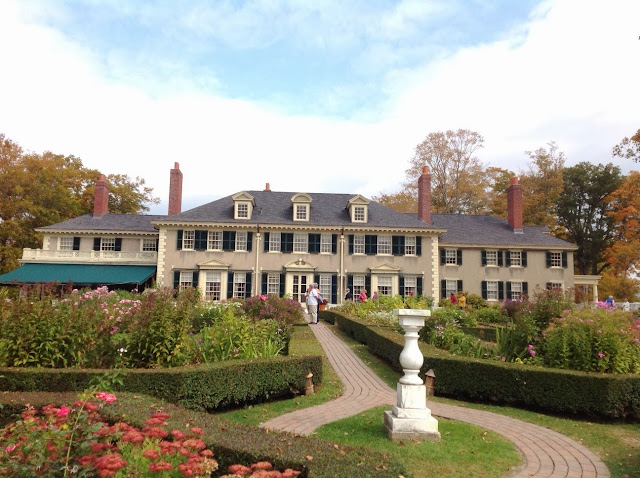 If you want to learn more about Hildene and all that it has to offer, here is their website. 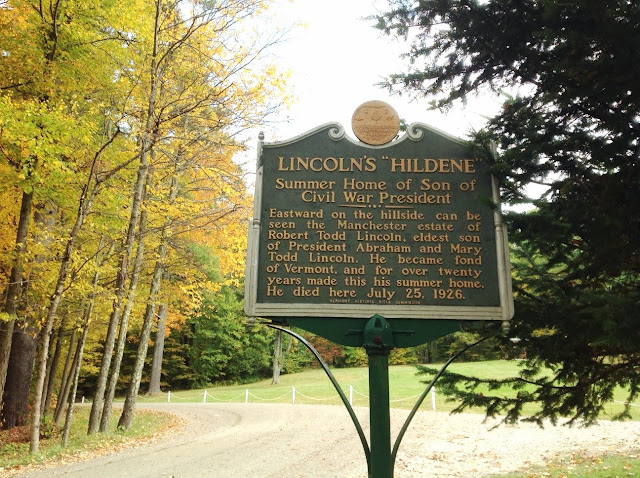 As the sign says, Hildene was the summer home of Robert Todd Lincoln, son of Abraham Lincoln. 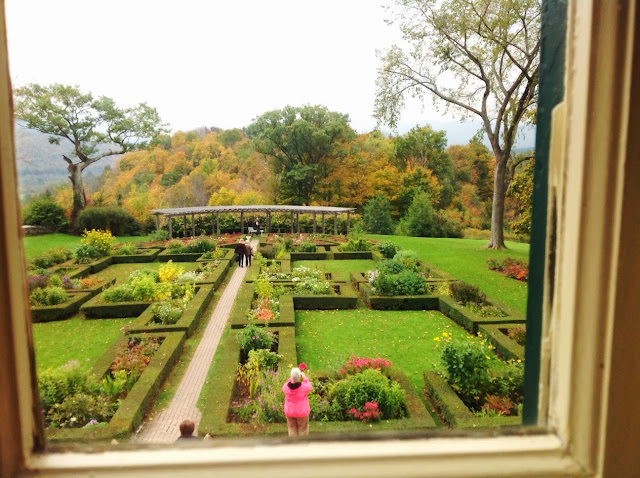 No taking of photos in the house were allowed. However, I asked if I could shoot this picture from the second floor. 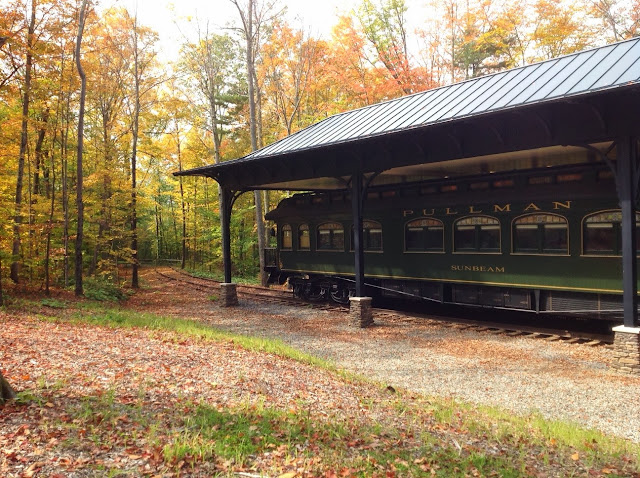 Also on display is this beautifully restored Pullman Palace car. We were allowed to take photos, and I took full advantage of it. Robert Todd Lincoln was the president of the Pullman Company. 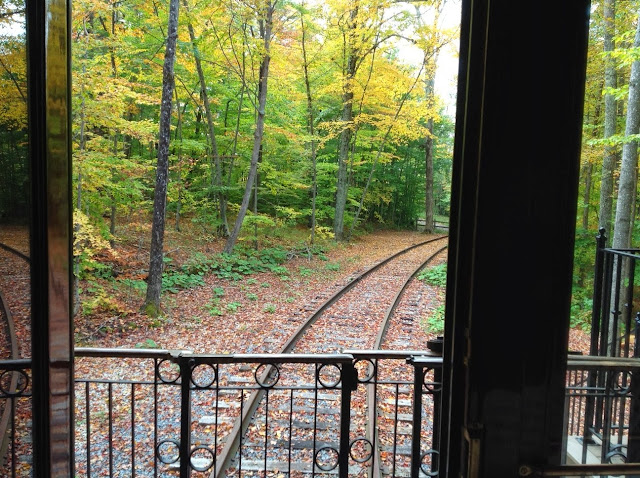 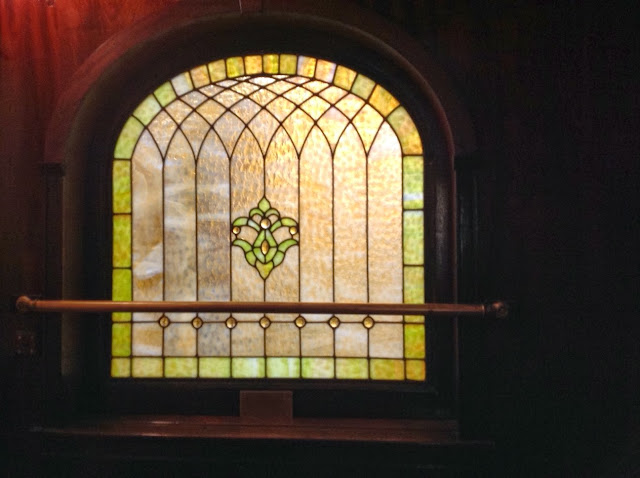 Stained glass, and you won't believe where it was. (See very bottom.*) 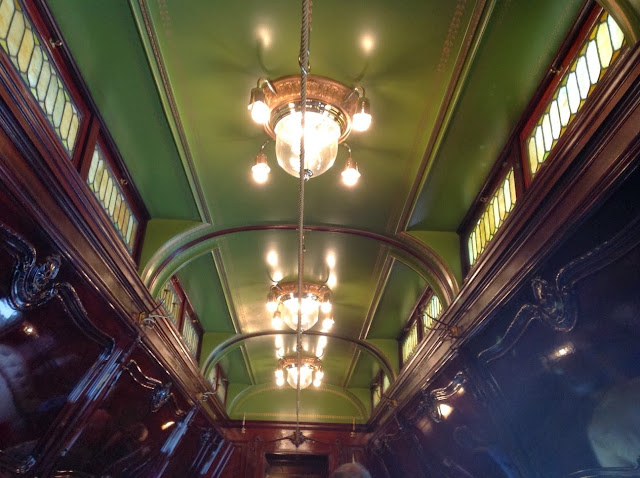 Ceiling (above) and Seating / Bed area (below). 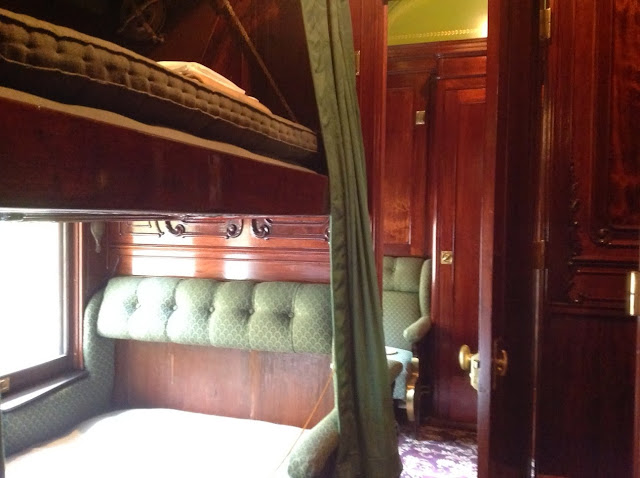 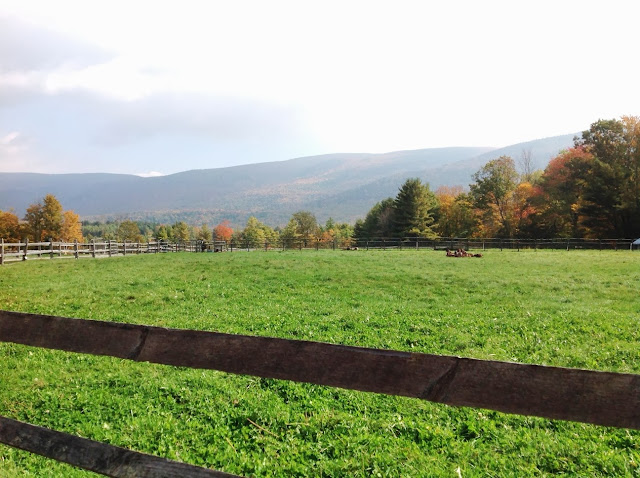 Too bad it was an overcast day when we got there. Still, we enjoyed the scenery. 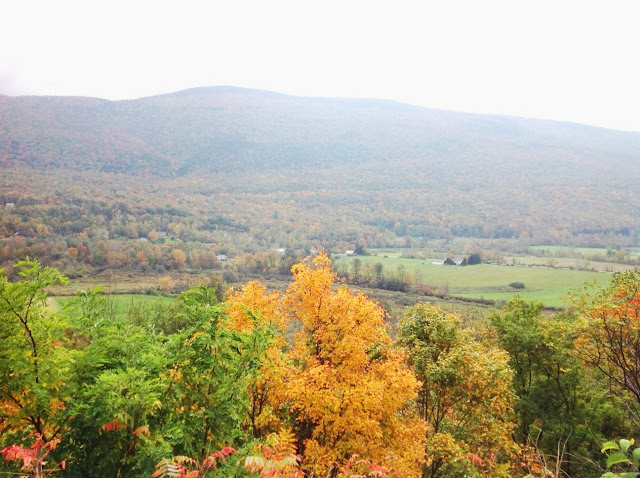