The Polish, Greeks, Irish, Portuguese, Cambodians, Indians, Canadian and French Canadians all settled or are now settling in Lowell, Massachusetts.

Follow-up for September 16, 2015:
Since I first posted the above in June 2012, I have seen quite a few more memorials, and will post them soon. In the meantime, I want to share a piece about 40 nationalities in Lowell, and I took it this weekend, shown below. 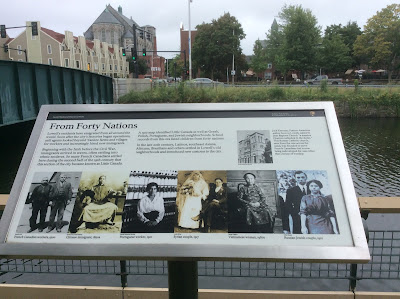 This place card is located on the Northern Canal, near the Wannalancit Mills.

From Forty Nations
"Lowell's residents have emigrated from all around the world. Soon after the city's factories began operations, mill agents looked beyond Yankee farms and villages for workers and increasingly hired new immigrants.

Beginning with the Irish before the Civil War, Immigrants arrived in waves, often settling into ethnic enclaves. So many French Canadians settled here during the second half of the 19th century that this section of the city become known as Little Canada.

In the late 20th century, Latinos, southeast Asians, Africans, Brazilians and others settled in Lowell's old neighborhoods and introduced new customs to the city." 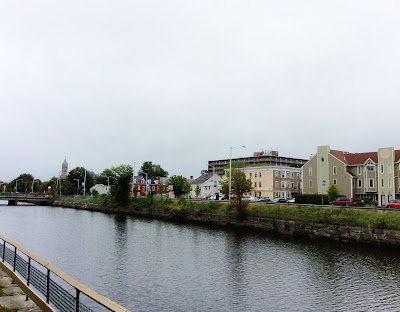