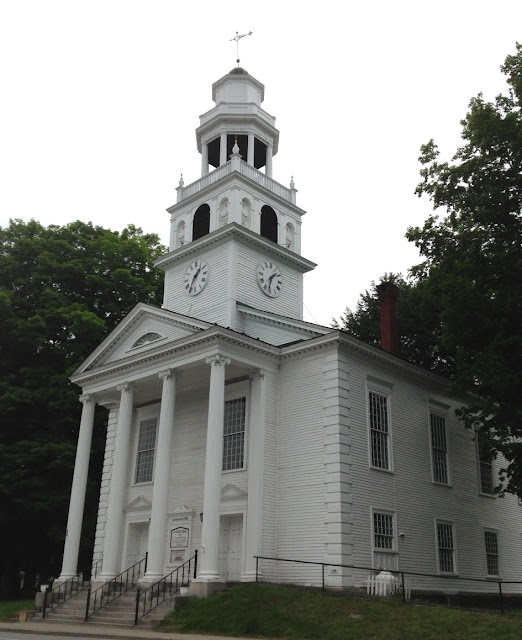 Information about this Church. 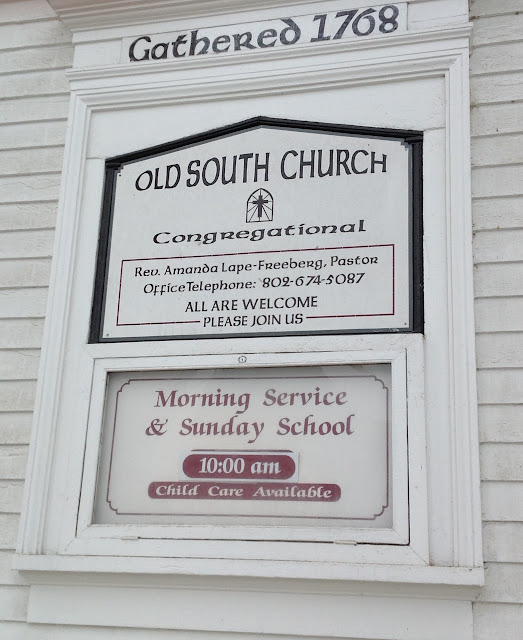 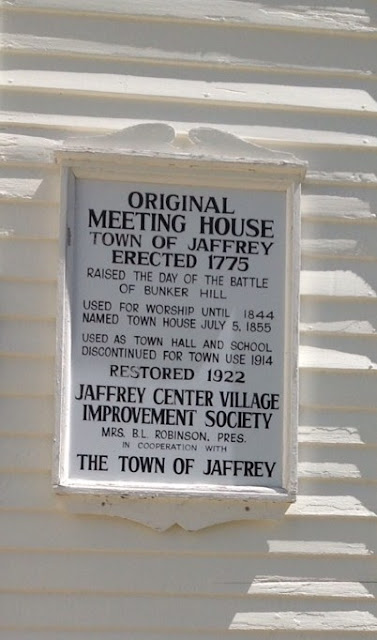 The web page for Jaffery states, "Jaffrey Center is the town's earliest settled area and its original town center.  In 1775 the residents raised the MEETING HOUSE, which was used for town meetings and church services.  Behind the Meeting House settlers laid out a large burying ground; across the street they erected a house for the minister. (The Manse is still owned by descendants of the first minister's family.)  A system of roads radiated out from the village."
The Horse Sheds (above and below)
The Horse Sheds
Built in 1810 by twelve parishioners of
the Congregational Meeting House were restored in
1949-54 by a committee of interested citizens,
of which the members were Mr. Carlos T. Pierce (chmn.)
Mr. Delcie D. Bean, Mr. Geoerge Farnham, Miss
Margaret Blaine, Mrs. Graham Blaine, Mrs.
Laurence Wetherll, Mrs. Josiah Harmer, and Miss
Ruth Draper. In 1954 by authorization of the Town
the responsibilities and interests of the Committee
were assigned to the Village Improvement Society.
Labels: Cemetery, Church, Location: New Hampshire
Email ThisBlogThis!Share to TwitterShare to FacebookShare to Pinterest