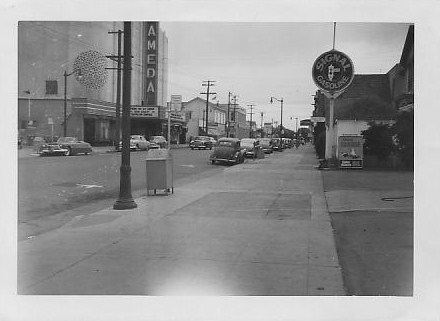 Encinal Avenue is where my mother and I walked to, to see a movie and get Chinese take-out shop. The earliest movie I remember seeing was, "The Red Shoes." 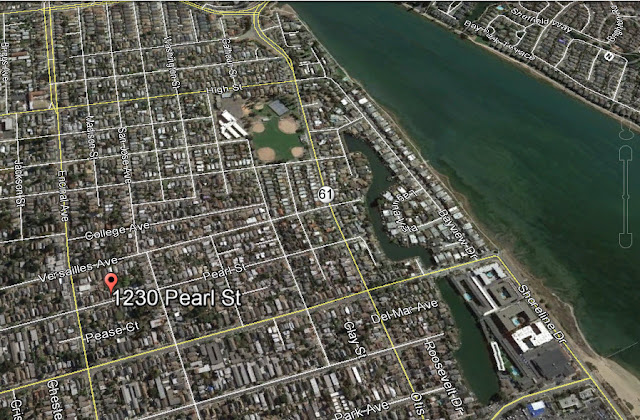 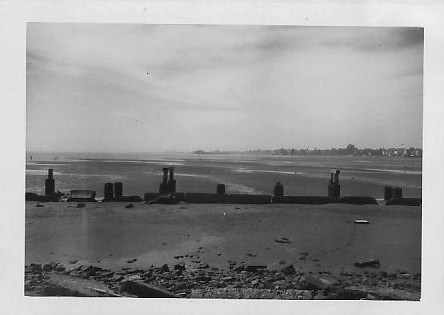 San Francisco Bay, just down the street from my house on Pearl Street. I believe a lot of this beach area was built up, and that is why you see streets and houses to the right of where I lived. Clearly from this photo, you can see San Francisco. 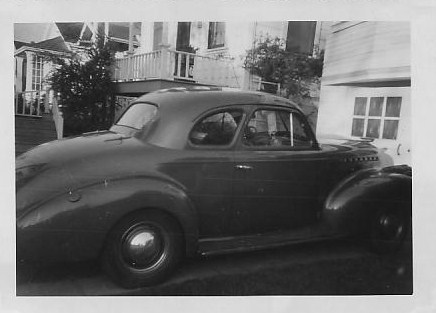 All photos taken by my mother. Alameda was where I lived for 10 years, it is next to Oakland and across the bay from San Francisco. She wrote on the back of the car photo, "first car - 1940 Chevy."

Photos of my house taken by my mother and Steve Danko

A website for Alameda states, "In August 2010, Travel and Leisure magazine announced what visitors already know: Alameda is one of the top ten American "Coolest Suburbs Worth a Visit."

Other tidbits of information located from wikipedia:

Even though the island is just minutes off Interstate 880, the speed limit for the city is 25 mph (40 km/h) on almost every road.

Alameda is known for its large stock of Victorian houses; 9% of all single-family houses (1500) in Alameda are Victorians, and many more have been divided into two to four-unit dwellings. It is said that Alameda has more pre-1906 earthquake era homes than any other city in the Bay Area. 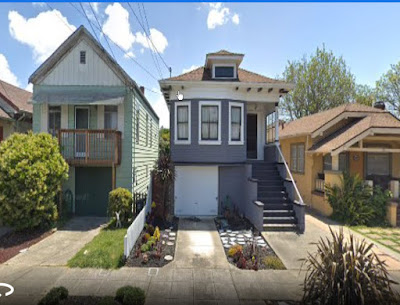