Some of Henry David Thoreau's Houses

Only by asking questions and riding around, do you make some great discoveries. Although Henry David Thoreau isn't in my family tree, I treated some of my research about him, as though he were a relative. Naturally, I have always heard of him, being from the area he lived, and it was only during a visit to the Concord Museum that I asked a staff member where did he die?  On my next trip to Concord, I saw the house where he died, and then, by just driving around on a out of the way country road, my eyes caught, "Thoreau Farm Birthplace of Henry David Thoreau." That was totally unexpected, a most delightful surprise and I'm sure a lot of people don't know about this site. In a previous post, I had visited his tombstone. 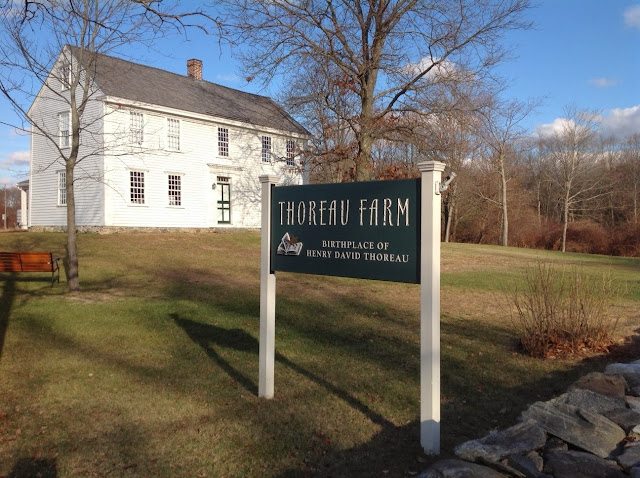 Note: New photos taken inside recently will be posted to a new blog post on July 22, 2014. 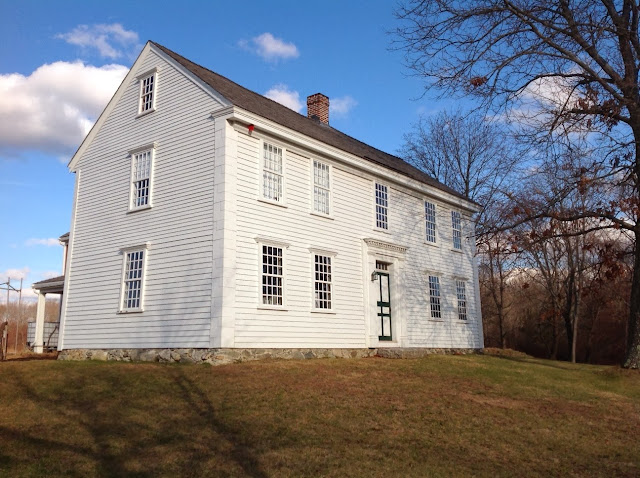 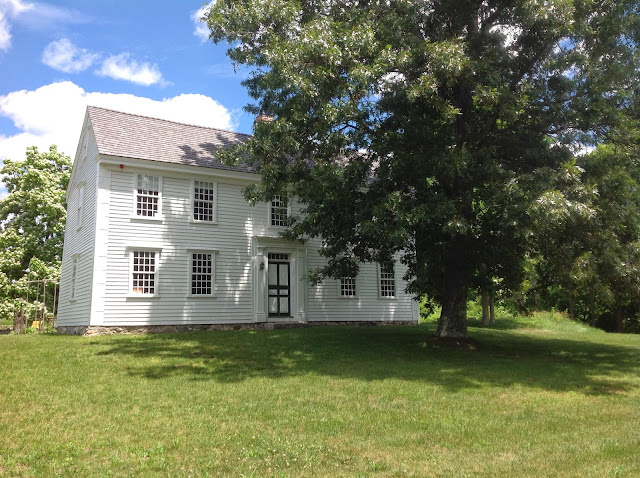 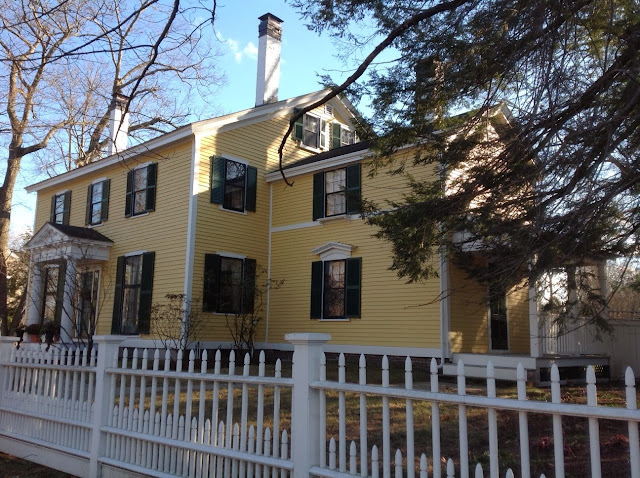 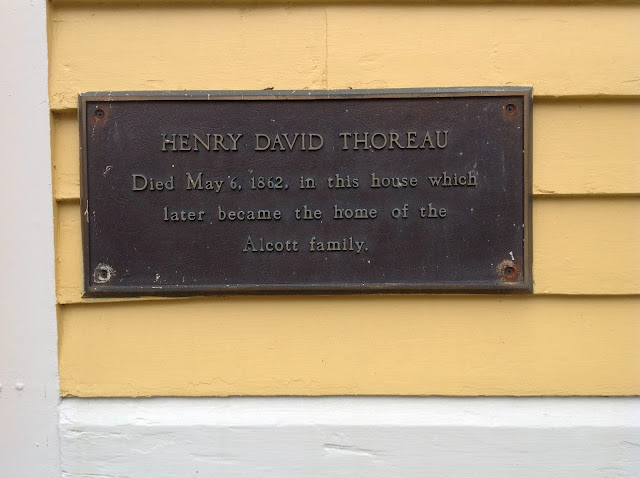 Henry David Thoreau
Died May 6, 1862, in this house which
later became the home of the
Alcott family. 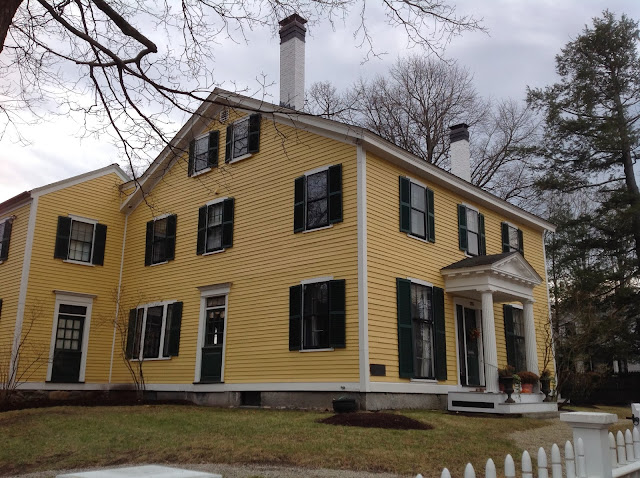 The ‘Yellow House’ where Thoreau lived hits the market for $2.6 million.

From: RealEstate.Boston.com (See this link for photos.) 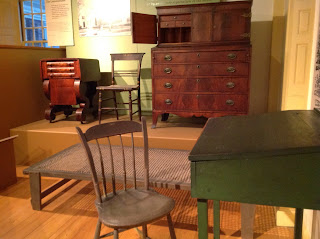 Period room for Henry D. Thoreau at the Concord Museum, Concord, Massachusetts. It is an ongoing exhibit. 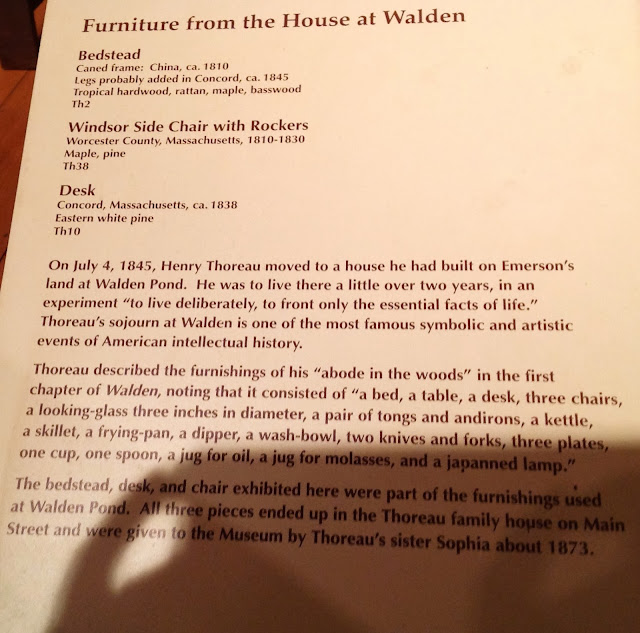 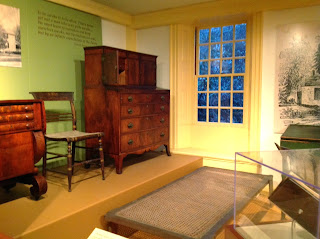 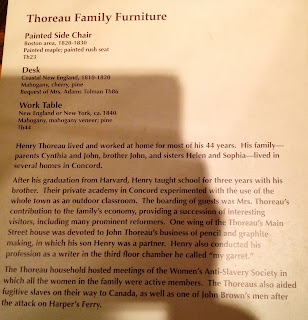 The Concord Museum also has a replica of Henry David Thoreau's house, where he lived at Walden Pond for two years, two months and two days. 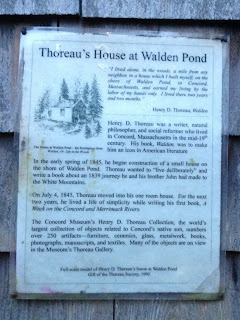 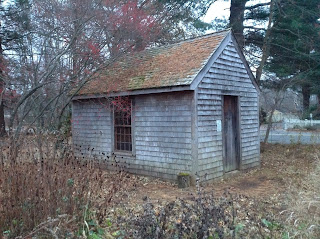 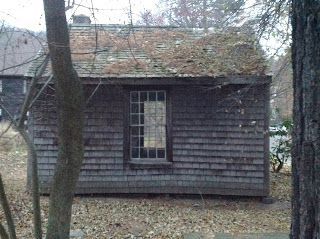 My next steps are:

1. When weather improves, go to the original site of Thoreau's cabin at Walden Pond and take photos to post here. https://lifefromtheroots.blogspot.com/2014/08/i-learned-to-swim-at-walden-pond-before.html