Colorful Indexes Were My Lazy Man's Way to Research

Before any of the census images were online, you had to go to a National Archives and Records Administration (NARA) location, either in Washington, DC or one of the several branches throughout the United States, to see the censuses. Then to locate your particular film, you could borrow or purchase a census booklet, Population Census Schedule, for the census year you were searching... this method really felt like researching. It was far more time-consuming, yet more rewarding than typing in a name on Ancestry. (Note: the first census had 12 rolls, the 4th census had 142 rolls.)

There was a second way to see what was in a census. It was my lazy man's way, but not everybody could do this. You had to have access to the census books. Fortunately, there was a collection of them at the NARA Boston (Waltham) branch, where all the census rolls were also located. However, the New England Historic Genealogical Society Library (NEHGS) has a much larger collection of books (shown in photos), because they didn't have all the census rolls for the entire United States, as the NARA did. NEHGS made up for the absence of census film rolls by providing these books. The books begin with the first census, 1790 and many ended many years later when the books got too large to continue.

I discovered early on my lazy man's way of research. If I was working on somebody listed in the 1870 census book, I'd quickly look him up in the 1860, then 1850 and so forth. Naturally they weren't always in the same town or state, but for the most part I was able to find many people. Below are several of the books, then an example of the 1790 for Connecticut, which I used many times. The listing appears to go in order of the census taker's visits, so you can see easily the FANs (Friends Associates and Neighbors). However, some census books were done alphabetical (see example). 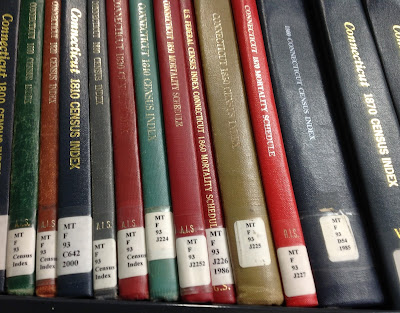 Connecticut and New Hampshire, New York (above and below). 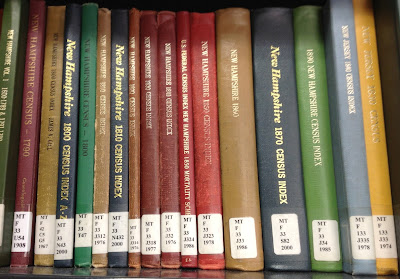 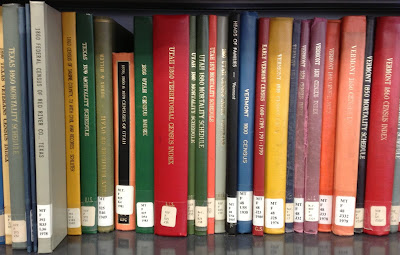 Texas, Utah and Vermont above. 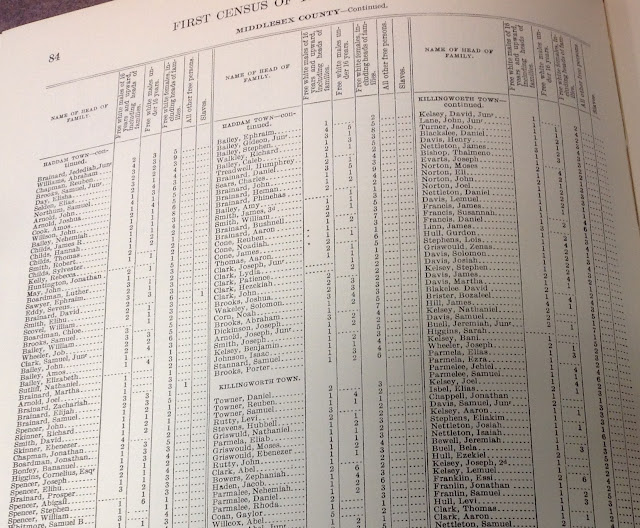 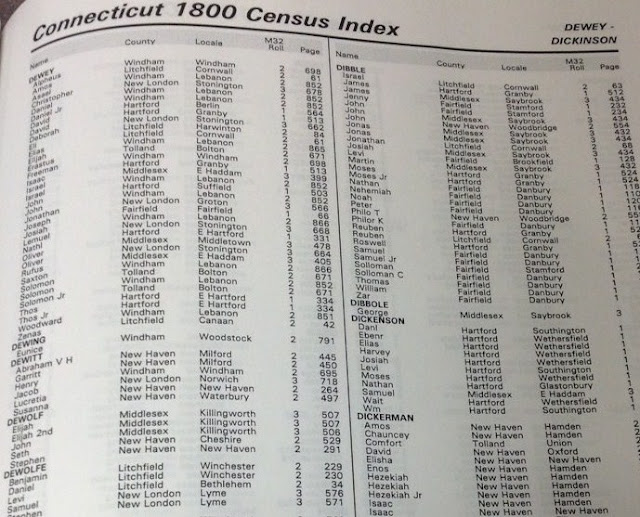 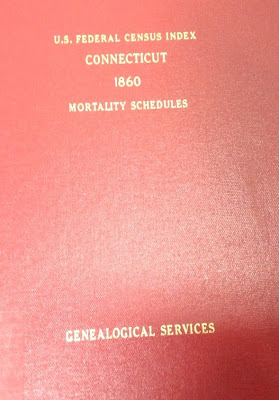 The 1860 Mortality book for Connecticut (listing of deceased below). 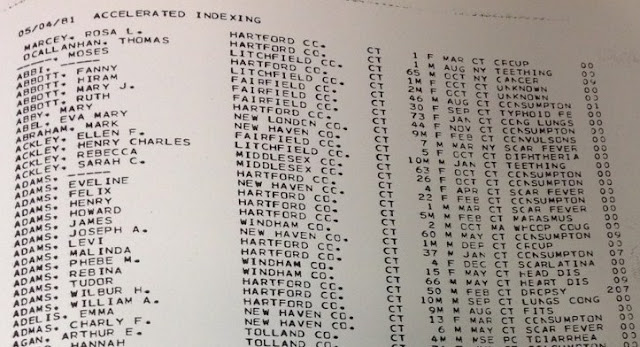