A "Brick Wall" of 15 years is long enough, and I felt it was time for me to try and knock it down. Why it is so difficult to solve? I am not just looking for a John Adams, I am looking for his town also, a town no longer in existence. Last year, I was able to get one generation back, and, thanks to my cousin, found the above John buried in Elba, Genesee Co., New York. Now, who were his parents?

From the beginning. all of four years ago, I discovered that my ancestor, John Adams married Hannah Smith in Wintonbury, Connecticut. How did I know? It was from a deposition in his Revolutionary War Pension & Bounty Land Application Files, Revolutionary War Pension Records.  Series: M804  Roll: 12.  File: W23415 (Waltham, MA, viewed Aug. 12, 2008), "He married August 15, 1790 in the Parish of Wintonbury, Windsor, Hartford County, Connecticut, Hannah Smith, who was born in January, 1771."

I had learned that even though Wintonbury wasn't on the map, Bloomfield, Connecticut was. Before I contact the historical society, I decided to take a ride to the town one quiet hot Sunday. That morning everything was closed, and I enjoyed the quiet and abundant parking spaces for my frequent stops for photo taking. 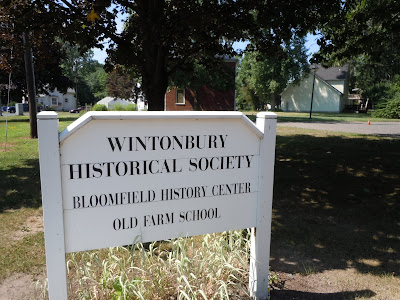 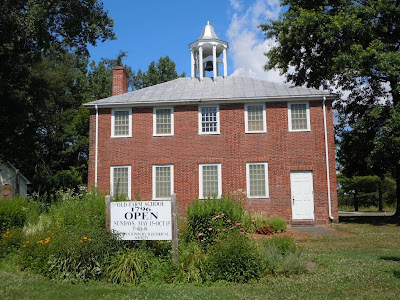 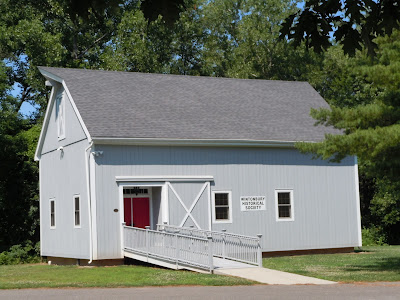 After seeing the parcel of land with the three buildings belonging to the Historical Society, we drove to the center of Bloomfield, since Wintonbury changed it's name to Bloomfield in 1835.

There was more to see, so on to the town green and then locate the Old Wintonbury Cemetery, which I felt would provide a wealth of information...I was ready to go cemetery hunting, locating all the Adams' and Smith's I could find.

Although I haven't solved my Brick Wall as to who John Adams' parents were, I am learning a lot about the town. These photos show you better than I could ever explain. In the next post, I'll list all the sources I've found online, what information I could use and what I plan on doing to continue my research.

The booklet, Images of America Bloomfield, by the Wintonbury Historical Society shows some images of the town and provides history. 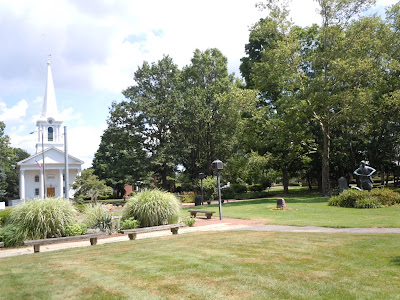 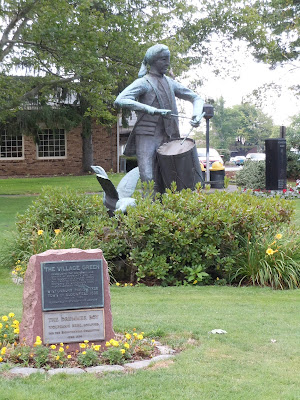 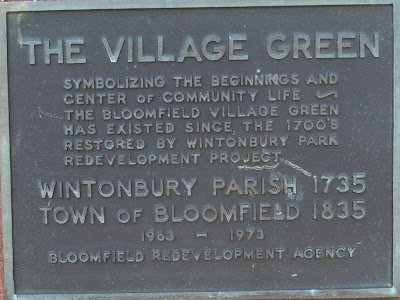 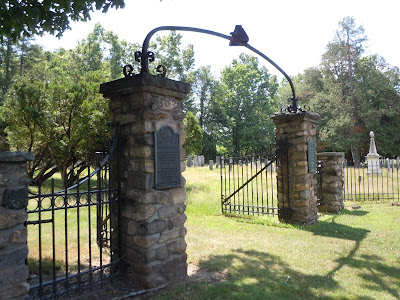 My plans for tombstone searching fell apart once I saw the tall grass and the condition of the cemetery. And, with the high temperature and humidity, I didn't mind spending time there. Maybe another time. 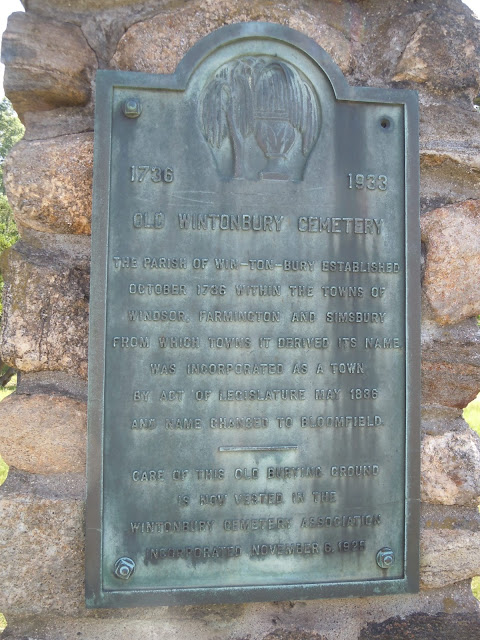 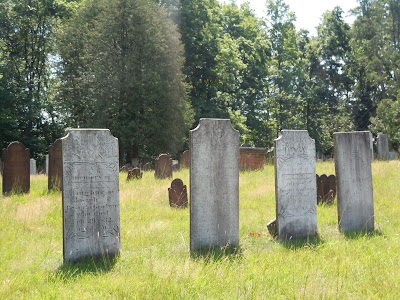 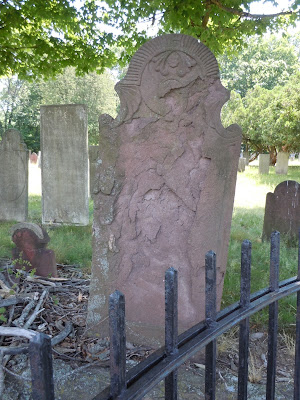