The poem below, was found in my ancestor's manuscript located in the archives at the New England Historic Genealogical Society's Library. My photographed image came out well, and since it meant something to my ancestor, I've decided to use it for Bill West's Fifth Annual Great Genealogy Poetry Challenge! as described on his blog, West in New England.

At first, I thought the author, Julian S. Cutler might have been related to the writer or even to me, since I have a long lineage of Cutlers. However, I find no connection.

Old Mammy Redd is based on a true but very sad story about Wilmot Redd. She was convicted of Witchcraft in Marblehead, Massachusetts, and was hung. I found some links explaining more about this event. They are listed below.

OLD MAMMY REDD.
[For the Transcript.]

In 's court-house the old crone stands,
With her wrinkled cheeks and her bony hands,
And pleads for her life on a summer's day,
The life which the maidens had sworn away.

No kind neighbor or friend is there
To urge the granting of her wild prayer,
And crushed she listens the sentence fall--
"Death on the gallows for witches all!"

Never again will her old eyes see
The fisher boats, when the winds are free,
Sail out of the ,
Or home when the evening skies are red.

No more will she watch the while gulls fly
With snowy wings; 'gainst the inky sky,
When in from sea, through the twilight gray,
The storm comes sweeping across the bay.

No more will she hear when the shadows fall
The sunset gun from 's wall;
Nor list at midnight the rythmic roar
Of flood-tides creeping along the shore.

Short are the days of Mammy Redd,
Old witch woman of ;
Vain her prayers; 'neath the autumn sky,
Up Gallows Hill she is led to die.

"Witch," her accusers called her there;
Scoffed at her tears and her broken prayer;
Naught was heard but the cruel cry--
"Hang her--so let the old witch die!"

So she perished on Gallows Hill,
And the days and the years went by, until,
They said, in the streets of ,
"No witch, but a martyr was Mammy Redd."

And I've been told, when the midnight tide
Creeps in to the short where the old crone died,
If you listen, borne on the midnight air,
Her voice comes wafted in wailing prayer. 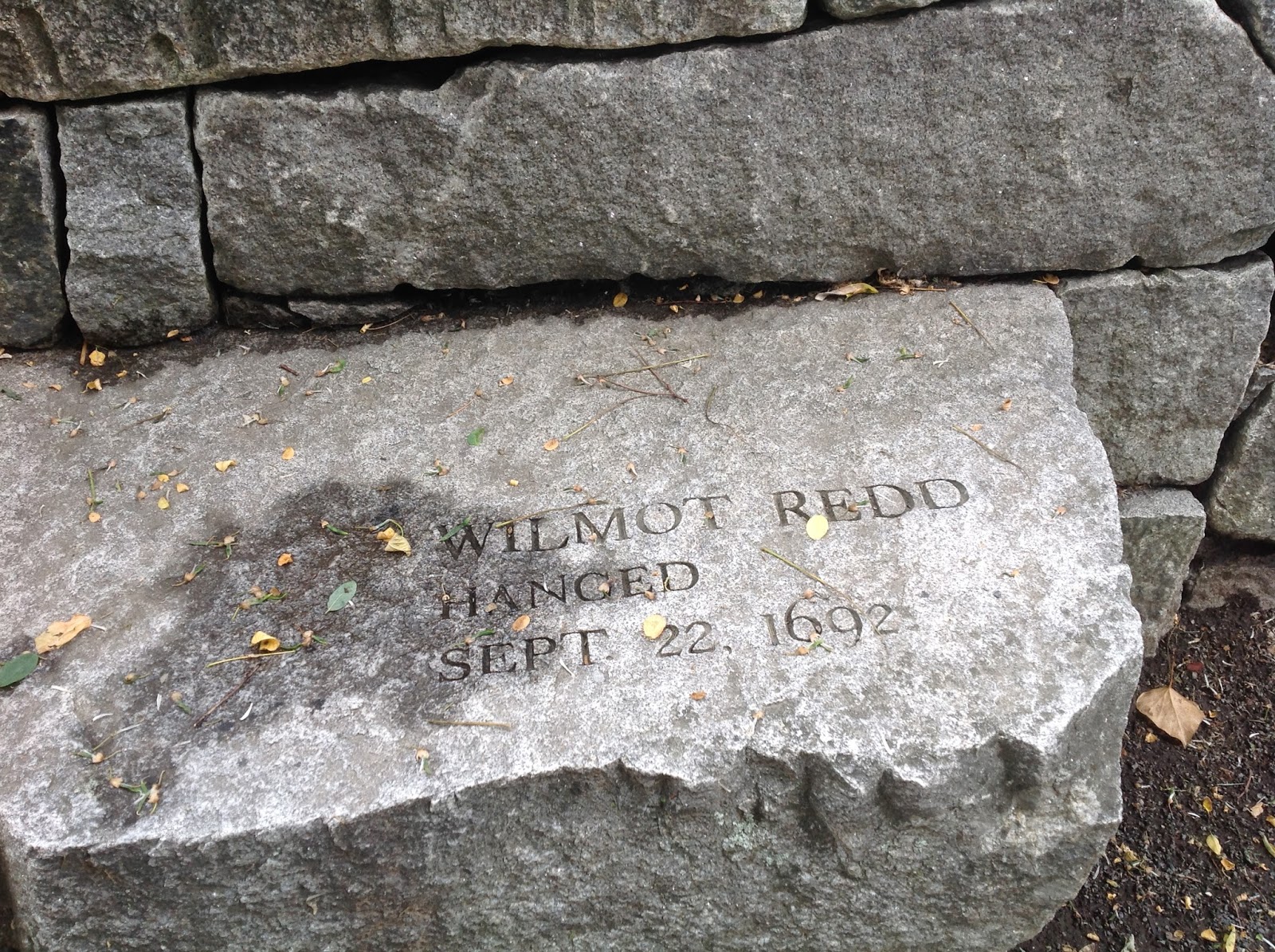 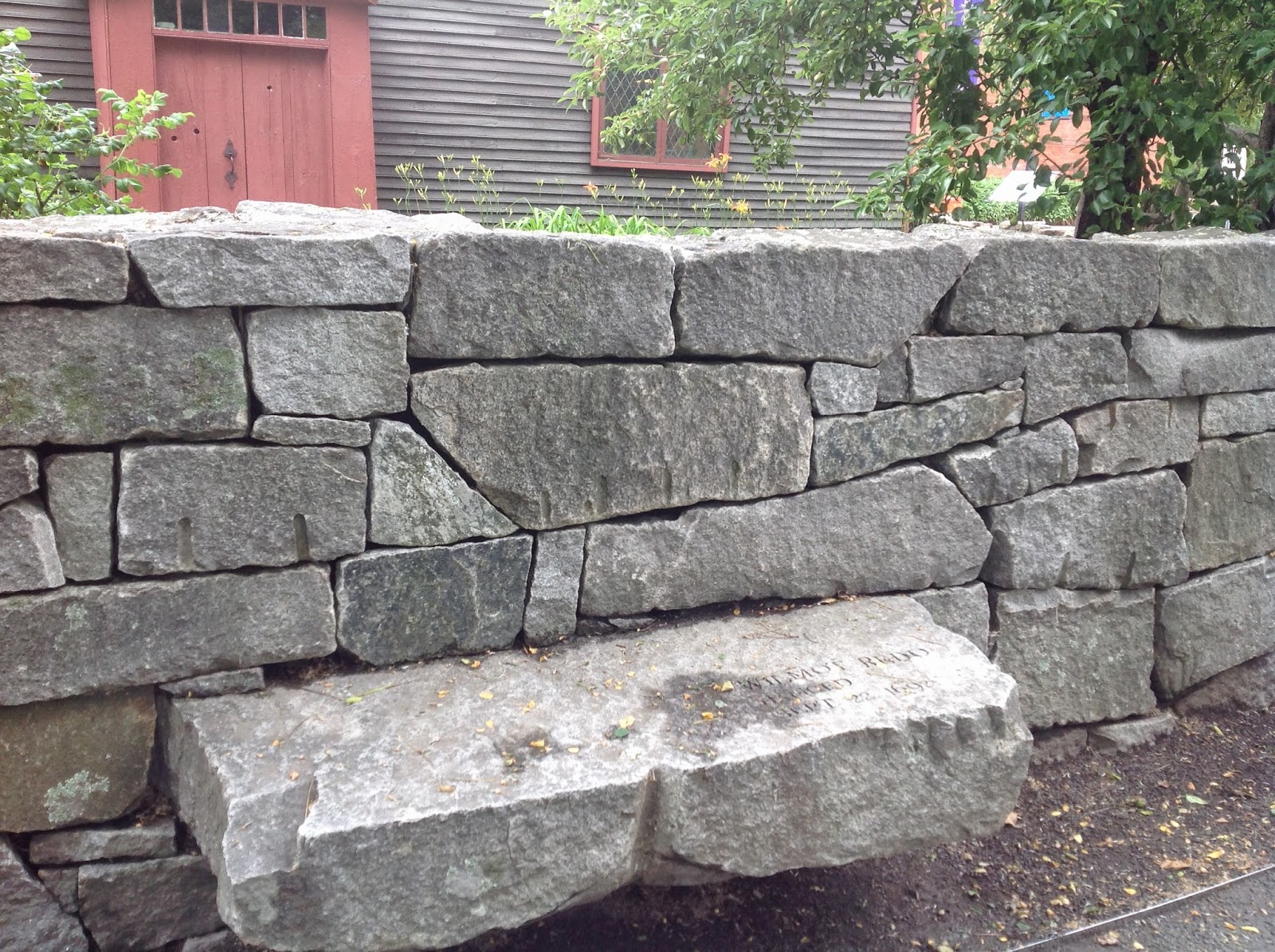 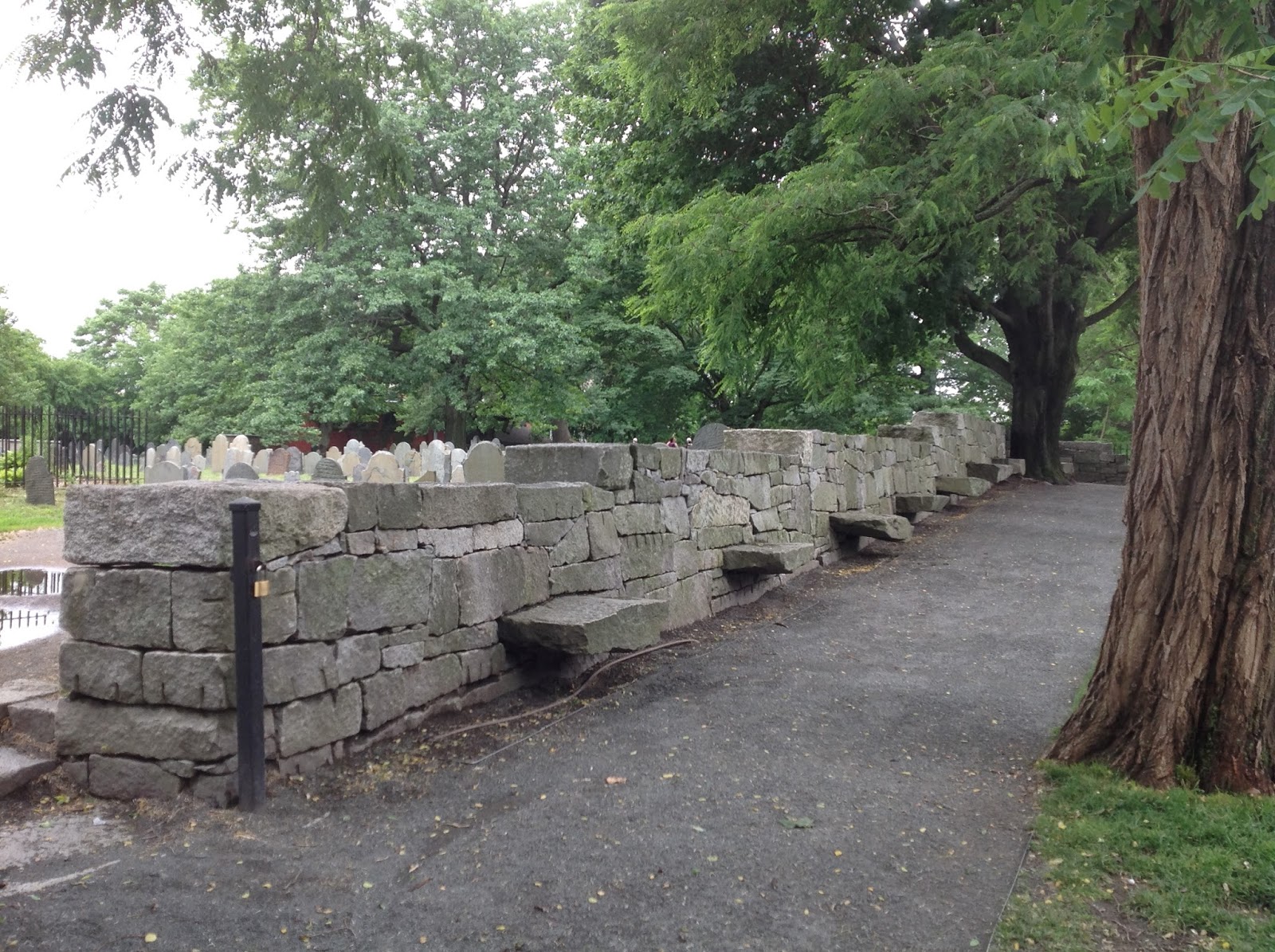 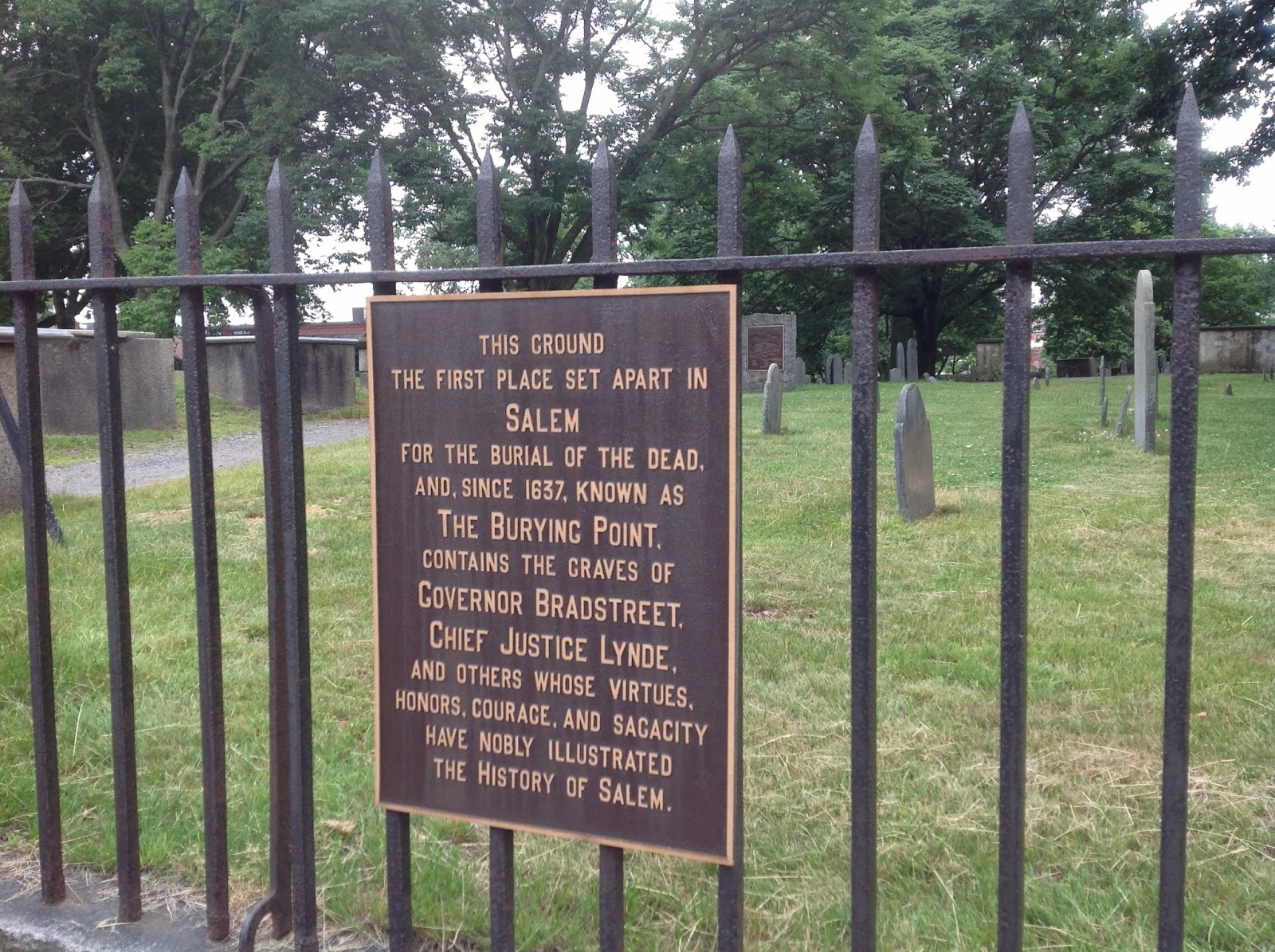 Note: Other good websites for additional information about Mammy Redd.

Find A Grave  "On October 31, 2001 Massachusetts Governor Jane Swift signed a bill pardoning Wilmot Redd along with four other victims of the witch trials." 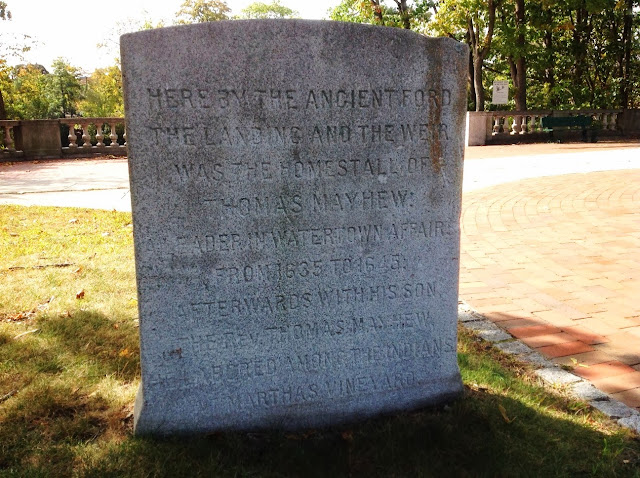 Thomas Mayhew was my 10th great-grandfather.


HERE BY THE ANCIENT FORD
THE LANDING AND THE WEIR
WAS THE HOMESTALL OF
THOMAS MAYHEW,
A LEADER IN WATERTOWN AFFAIRS
FROM 1635 TO 1645.
AFTERWARDS WITH HIS SON,
THE REV. THOMAS MAYHEW
HE LABORED AMONG THE INDIANS
AT MARTHA'S VINEYARD.


I wrote three other posts pertaining to Thomas, see below: