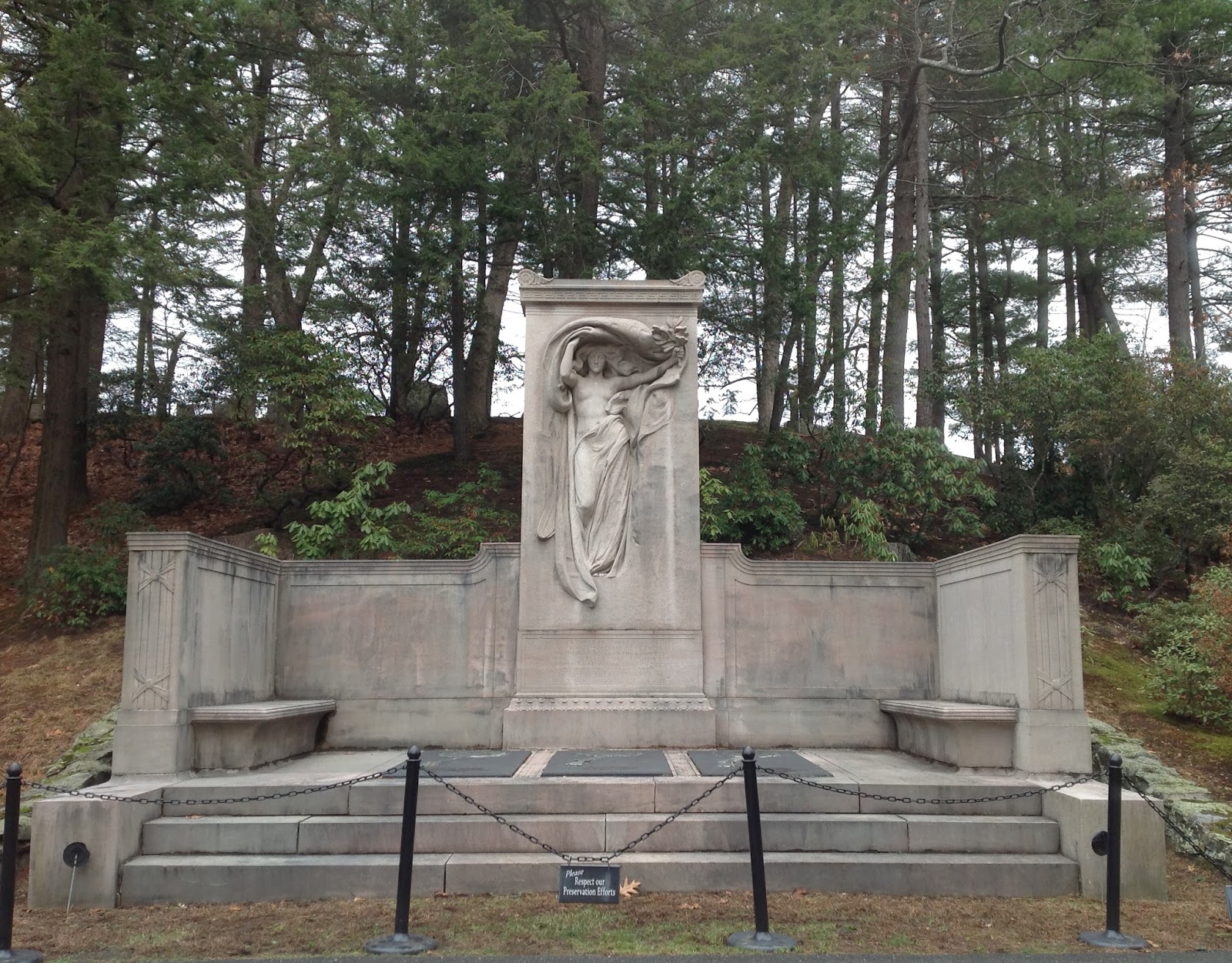 "Daniel Chester French was approached in 1897 to create a memorial monument for Asa, John and Samuel Melvin, three brothers who died in the Civil War. Their surviving brother, James C. Melvin, commissioned the memorial." The above statement and more about the memorial may be seen HERE. 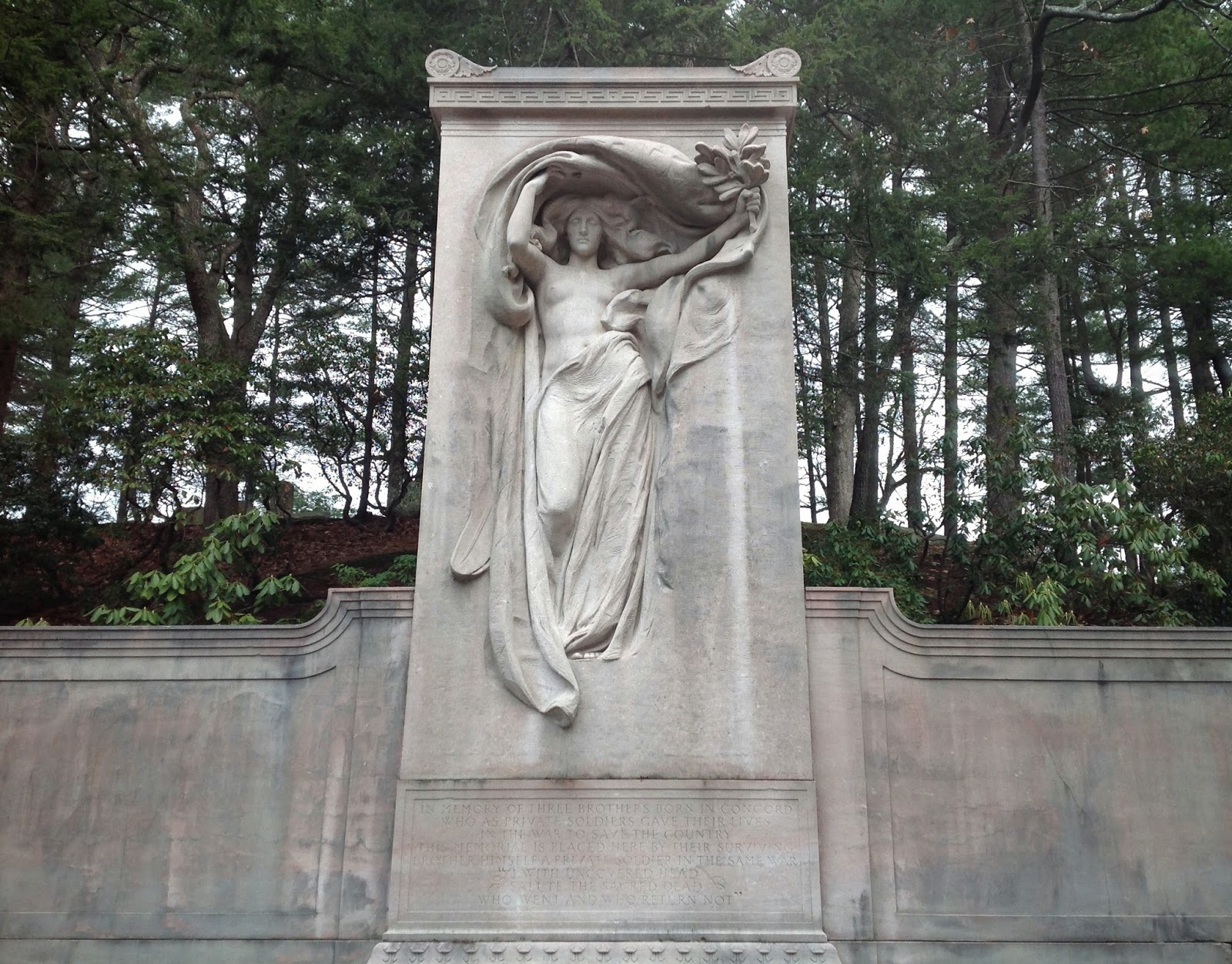 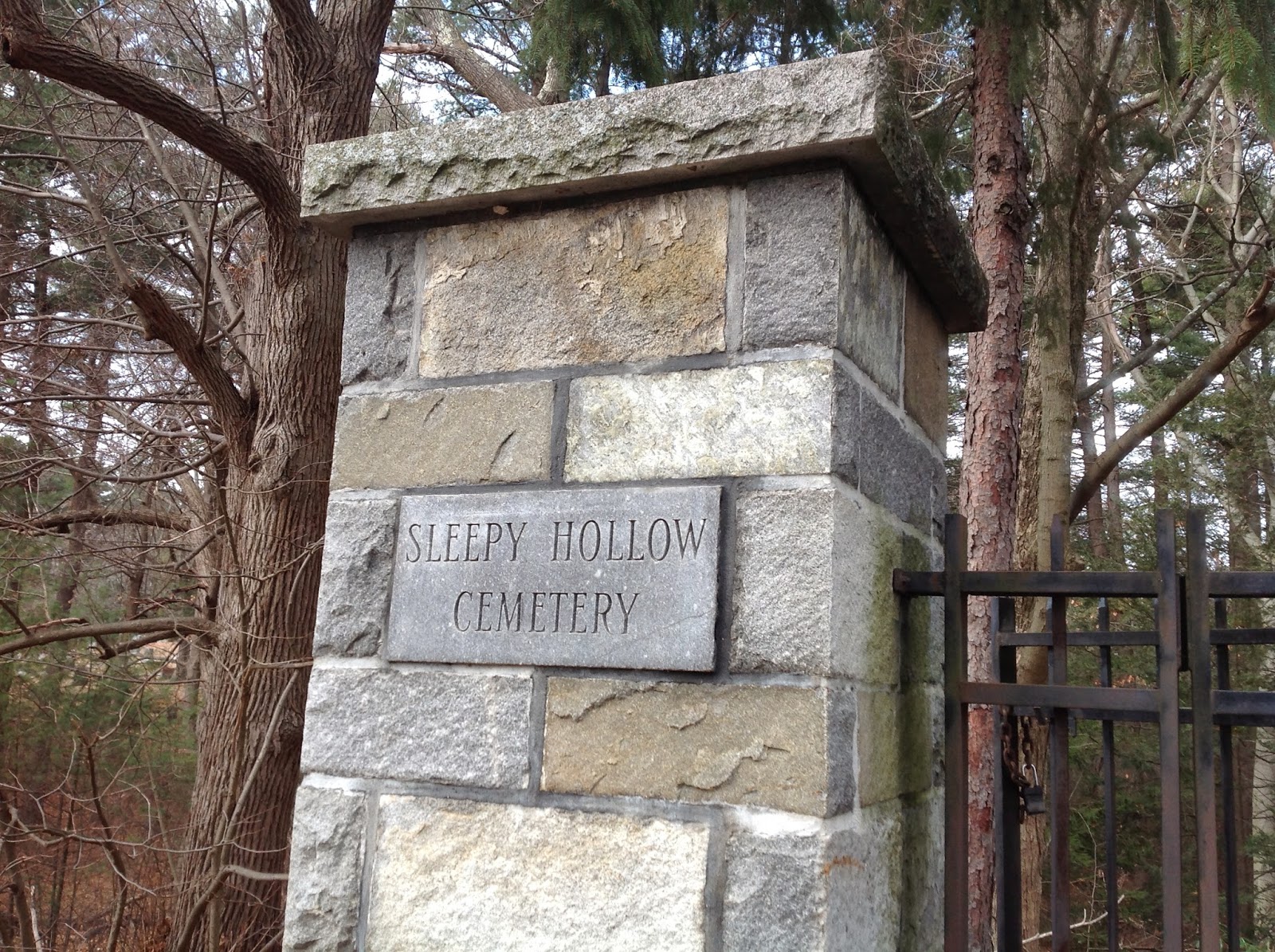 Yesterday, my blog post had a photo of the Civil War Memorial in Concord, and I listed all the names on it. As I typed the four deceased men with the Melvin name, I suddenly remembered taking photos of the Melvin Memorial at Sleepy Hollow Cemetery. My purpose for the cemetery trip was to find the burial place of Daniel Chester French. That post may be seen HERE*, and in addition, I knew that Mr. French also built this memorial. It was pure luck that I was able to park right in front of the above memorial.

Since I didn't go beyond the chained off area, I copied what was written from the above article.


LIVES IN THE WAR TO SAVE THE COUNTRY
THIS MEMORIAL IS PLACED HERE BY THEIR SURVIVING
BROTHER, HIMSELF A PRIVATE SOLDIER IN THE SAME WAR.
'I WITH UNCOVERED HEAD
SALUTE THE SACRED DEAD
WHO WENT AND WHO RETURN NOT.'"

Recently, fellow blogger, Janice Webster Brown informed me that she had written a blog post several years ago, called, "Exeter, New Hampshire Sculptor: Daniel Chester French (1850-1931)." In her New Hampshire's History Blog, aka Cow Hampshire, she included quite a bit of information, including his lineage and sources. Thanks Janice for telling me this.
Labels: Cemetery, Location: Massachusetts, Tombstone Tuesday
Email ThisBlogThis!Share to TwitterShare to FacebookShare to Pinterest