Finding the Kill, Roots and Flowers in Albany, New York 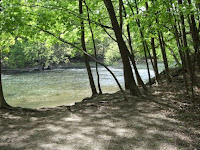 This river may not look special to any reader, but it means the world to me.  It is called Normans Kill (River) and is located a few minutes from Albany. In 2003 I discovered that my ancestor, Andries Ten Eyck once lived there. After the Revolutionary War, he became a Loyalist, and moved to Canada in 1794. The documentation is below. For years, I have wanted to visit this site, and Steven Danko even gave me directions from Boston to Albany three years ago.

At long last, I went May 1st with my husband, first to visit Albany, then to Normans Kill. This wasn't a long trip (about three hours one way), it was just to a new place.  Since I had posted many of my Ten Eyck / TenEyck names for Saturday Surname the same day, I thought it appropriate to finally make trip, which was a very full day for us. 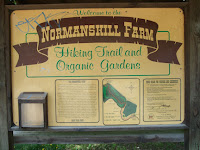 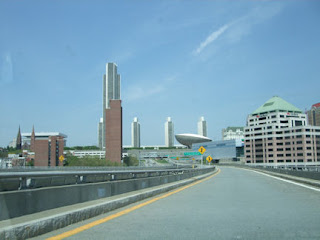 View of Albany, and not a car in sight!

"I Andres Tenneyck Do hereby declare that I am a native of the United States of America from the State of New Jersey my age is Sixty Seven Years and my trade or occupation is that of a farmer that for these Six Months Last Past. I have resided at Normans Kill in the State of New York and came into this Province of Lower Canada by water on Lake Champlain on the tenth day of June 1794 and now do reside in Dunham as Witness my hand at Missisquoi Bay this Twenty Fifth Day of October 1794. Signed: Andres Tenneyck" 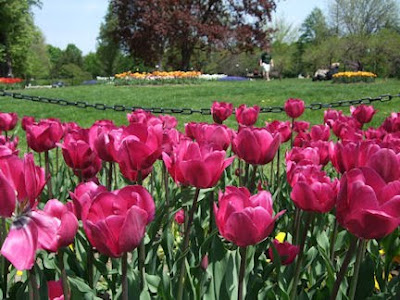 Albany's annual tulip festival is next weekend, but we checked out the flowers a week early, good thing, they were in full bloom on this 85 degree day. 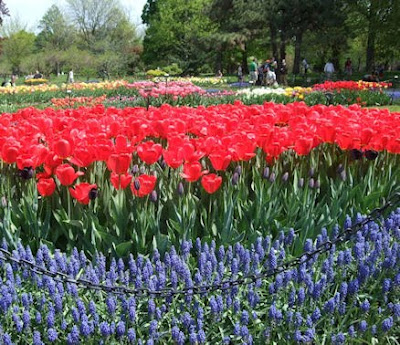 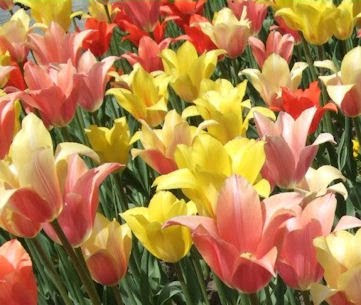